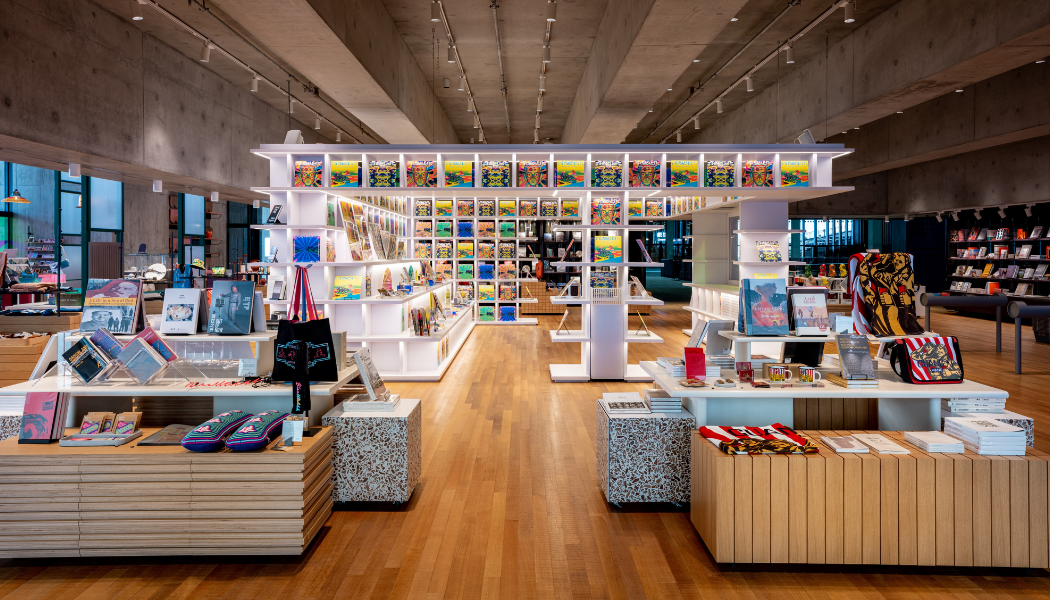 Why gift shops should put brand experience ahead of branding

Callum Lumsden, Founder and Creative Director at retail and catering designer Lumsden explains his ethos to museum retails on the back of a new project for Hong Kong’s recently opened museum of visual culture.

There is a unique opportunity for museum and heritage shops to make ‘braver’ stock choices, and in the process set themselves apart from the dwindling high street.

That is the view of Callum Lumsden, Founder and Creative Director at retail and catering designer Lumsden, which counts MoMA, Tate Modern, The British Museum and the V&A among its clients.

Speaking to Advisor on the back of a new retail project for Hong Kong’s recently opened museum of visual culture – M+ – Lumsden said the survival of the museum shop will rely on unique, specific experiences that blend seamlessly from its exhibitions.

“’The word ‘experiential’ is so over-used, and I wish somebody would come up with a different name”, he confessed to Advisor. Ultimately though, it is the core ethos that drives the company’s projects.

He argues that there are, in essence, only two different types of shop available to customers; the ones customers have to go to, and the ones they want to visit. MoMA’s flagship store, designed by Lumsden, might be among the best examples – having established itself as a destination for gifts and new products, even without a trip to the museum.

And M+ follows a similar ethos. In 2017, the company won, and began the vision for, the retail space at the M+Museum of Visual Culture in Hong Kong.

Located in a building designed by architects Herzog & de Meuron, which Lumsden had previously worked with on MoMA, it opened at the end of last year.

Lumsden said the creation of the M+ shop was a combination of respecting the architecture, giving the retail team a functional area that naturally worked with the museum, and creating a ‘destination’ shop to encourage footfall.

“Everything that I’ve done in this sector is about being able to understand the collection, the objects,” he said.

The challenge for this shop was connecting the visual arts with both its retail offering and a space for masterclasses to be held.

Among the ideas which went ahead in the project was a pavilion, allowing for these masterclasses – in skills such as origami and calligraphy – to be led by artists who can describe their process before selling the products in question.

Another of its ideas to become reality was inspired by Hong Kong’s street-side markets, a replica of which has been installed in the building, allowing the M+ retail team to provide temporary space to both artists and retailers.

Lumsden said the buyers for the shop had gone “out of their way” to find unusual products which reflect the M+ brand, and that this process began at the same time as the design.

“To get the products that really make a difference, you have almost as long a lead-in time as it takes to design and build the shop,” he said. 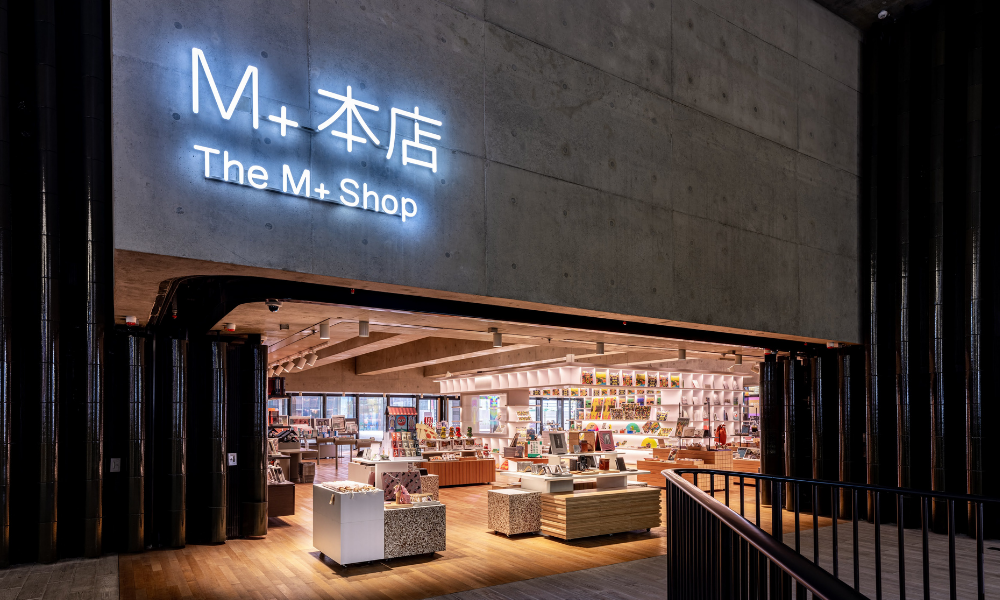 The entrance to The M+ Shop in Hong Kong - Lumsden

The opportunity for museum and heritage shops, according to Lumsden, comes from taking fewer cues from “cookie-cutter” stores, which are continuing to close on the high street and are squeezed by the dual pressures of eCommerce and the pandemic. Instead, the focus should be aimed at brand experience – as distinct from branded products.

Asked about his advice to museum shops, he said “definitely be braver, and go out of your way to get products that reflect your brand.”

“I don’t care what directors and trustees say, museums are as much a brand as any other organisation.”

He points to cliched products seen in many a gift shop, differing only in the emblazoned brand logo, as an example of branding over brand experience.

Ideally, he advises, “you should be walking into the shop and not necessarily understanding that you’re in it or that it’s a separate entity.”

It could be said that Lumsden has gained this foresight with the privilege of big-budget scope. In the case of M+, for example, the company started with a blank slate with which to be boundlessly creative.

But Lumsden said he recognises that the budget is ultimately the primary factor in many an institution’s stocklists. Nevertheless, this shouldn’t dampen creative decisions.

Look to the people with a passion for the museum or institution and make sure they’re involved, he suggests. Selecting and buying stock “is a black art, and a lot of it is gut-feeling as much as it is about number crunching”.

And this advice goes for local establishments as much as those at a city and national level.

“The local museums are the ones that can really reach out to communities”, by working with “local craftsmen, local makers”.

“Commissioning, helping local craftspeople, is a proven way of making sure that you are going to hit the button”.

He likens it to the rediscovery of the local butcher, baker or wine shop over lockdown; local, passionate knowledge which can translate into a very unique tailored offering.

“The community which surrounds your museums are great ways to judge which way you want to develop the products.”

As an example, in an as-yet-unannounced project, Lumsden has asked local craftsmen to look at the crafting techniques being used in the 1700s, and recreate these techniques as part of the shop’s stock. 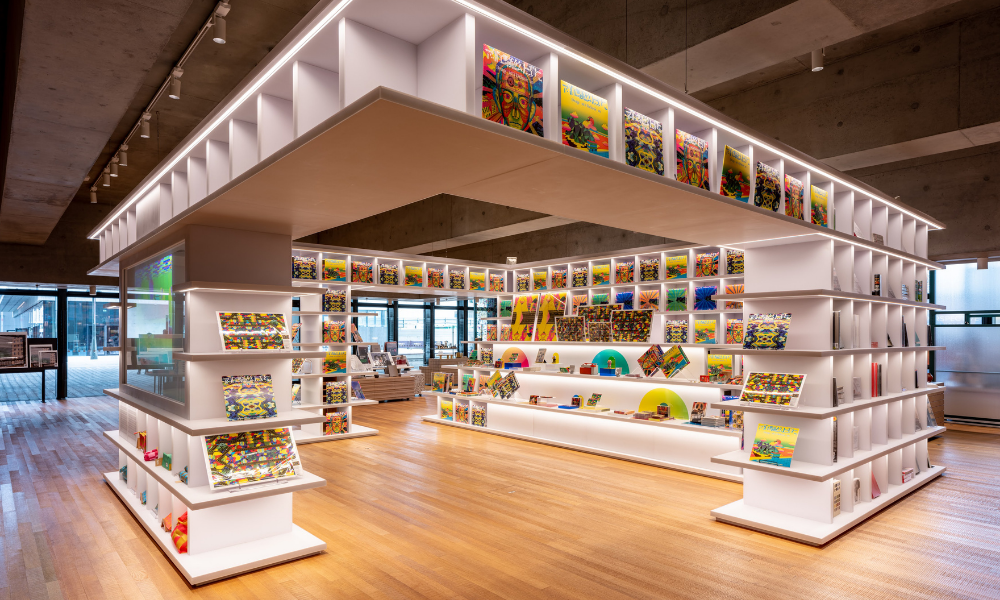 It’s another creative project on the horizon for Lumsden who says as a Creative Director the task of envisioning a shop’s layout, design and stock is still and should always be fun.

What continues to drive his passion is that every project has to be unique to meet the specificities of the location, the brand and exhibitions. And the job isn’t over after opening, the company continues to work with M+ and its retail team.

He said the real test of a shop’s success comes around three months after opening. By then, he said he will try to revisit ‘undercover’ to see what customers are saying. For now, as the three-month mark of the M+ shop looms, he says that “Hong Kong is a bit far away”, but he will endeavour to revisit.

Hong Kong Museum of Art to close for £77m renovation