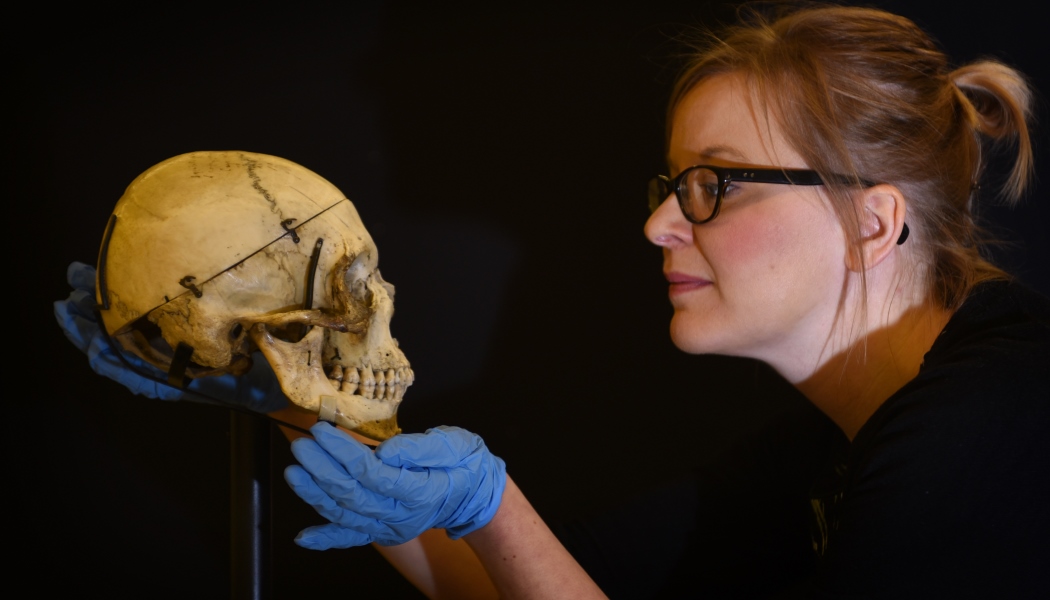 Shakespeare’s work has permeated our daily lives for four centuries through his use of language and dramatisation of historical events both real and fictitious and his plays have been continually adapted and contemporised both in English and countless languages across the world.

This has meant that the bard from Stratford-upon-Avon has left behind a trail of printed and reprinted books, theatre posters and flyers, tickets, costumes and props (including a skull given to Sarah Bernhardt by Victor Hugo for her to use as a prop when she played Hamlet in the late 19th century) and paintings and photography.

That is why the British Library decided to mark the 400th anniversary of Shakespeare’s death with a special exhibition that could draw on its own collection as well as loans to document and highlight how the playwright’s work has been recorded, performed and promoted through the ages to the present day.

“We wanted to tell the rich history of Shakespeare in performance, and how over the last 400 years his work has been continually adapted and reimagined to reflect the changing world,” says

Tanya Kirk, co-curator of Shakespeare in Ten Acts. “The story is told through ten acts – ten important performances, such as the first ever performance of Hamlet or first time a black man played Othello in the UK. Through these we show both how Shakespeare’s reputation has waned and grown, but also we can tell the stories of some of the less well-known but fascinating performers that have contributed to Shakespeare’s story.”

The exhibition posed two big challenges – the first was how to choose just ten performances that could sum up the whole history of Shakespearean theatre. And the second was how to evoke performance in a gallery space.

To overcome the second challenge the British Library has made the exhibition in its PACCAR Gallery as immersive as possible. Each act has a specially designed space to help visitors imagine the performance and we’ve included costumes, paintings, posters, props as well as rare and unique books and manuscripts and audio-visual material.

“Just over half of the items are from the British Library’s collections and half are exciting loans, some that have never been on display in the UK such as a page from Leonard Bernstein’s draft of the script for West Side Story, the famous 1950s musical adaptation of Romeo and Juliet,” says Kirk. “It’s coming on loan from the Library of Congress in Washington DC. Of the items from our own collections, some are almost never displayed due to extreme fragility, so this is a rare chance for people to see Shakespeare’s own handwriting on the manuscript of Thomas More, and the first ever edition of Hamlet from 1603, of which there are only two copies in the world.” 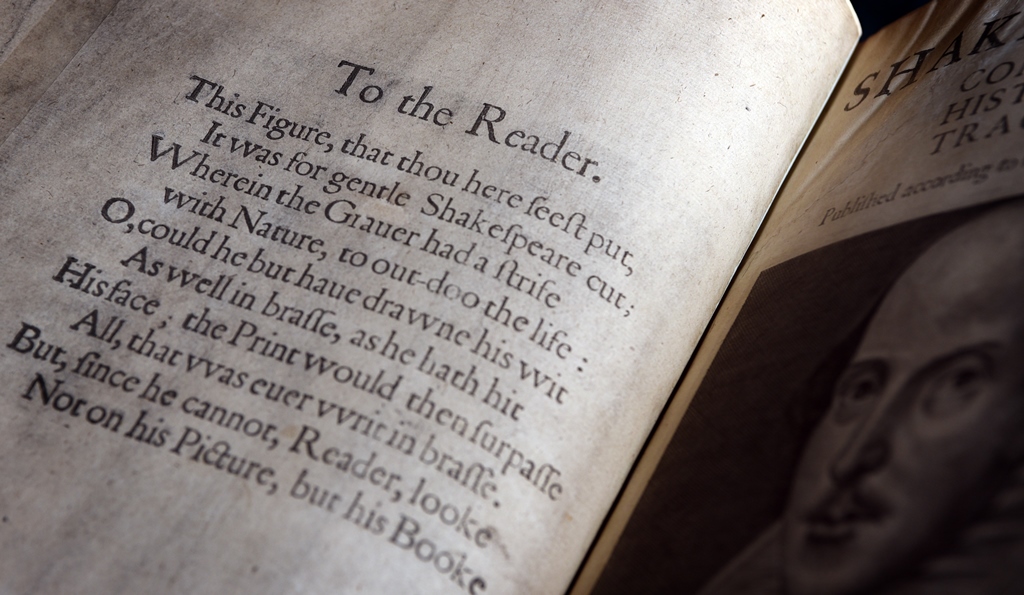 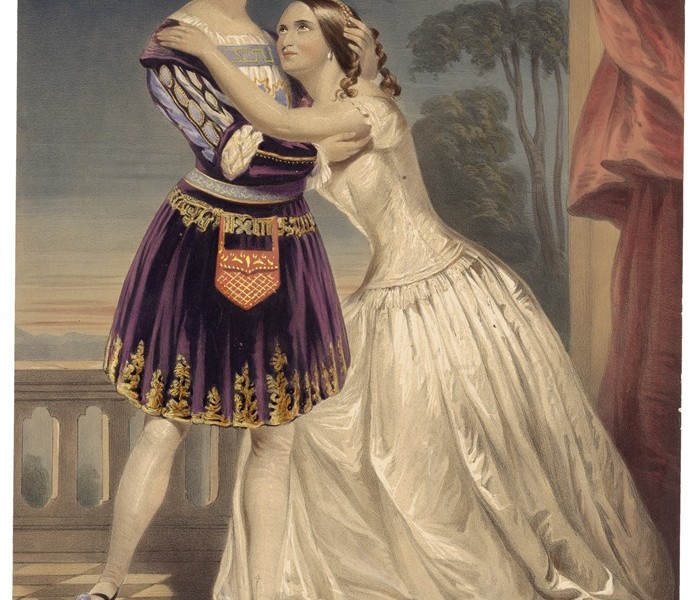 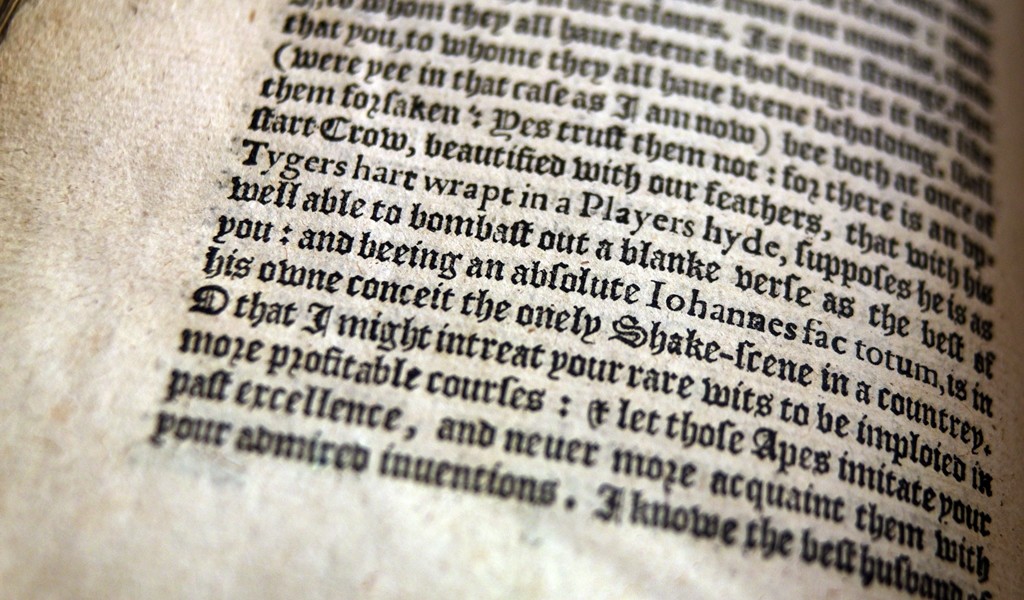 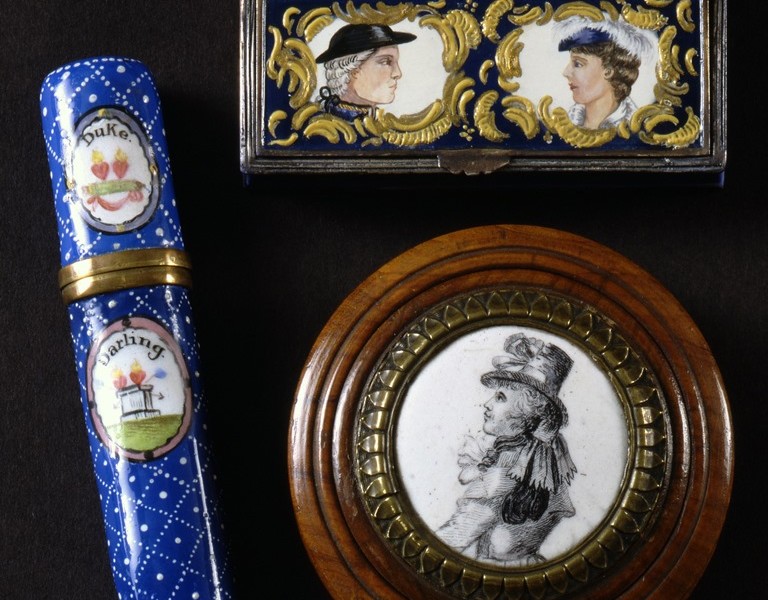 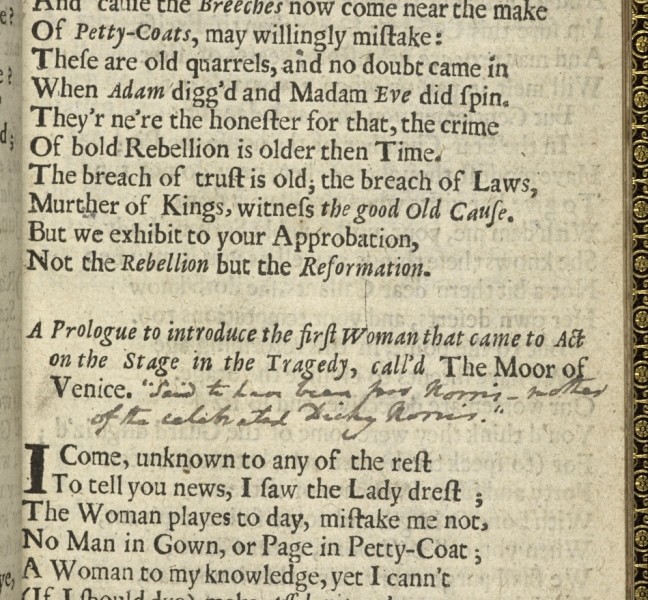 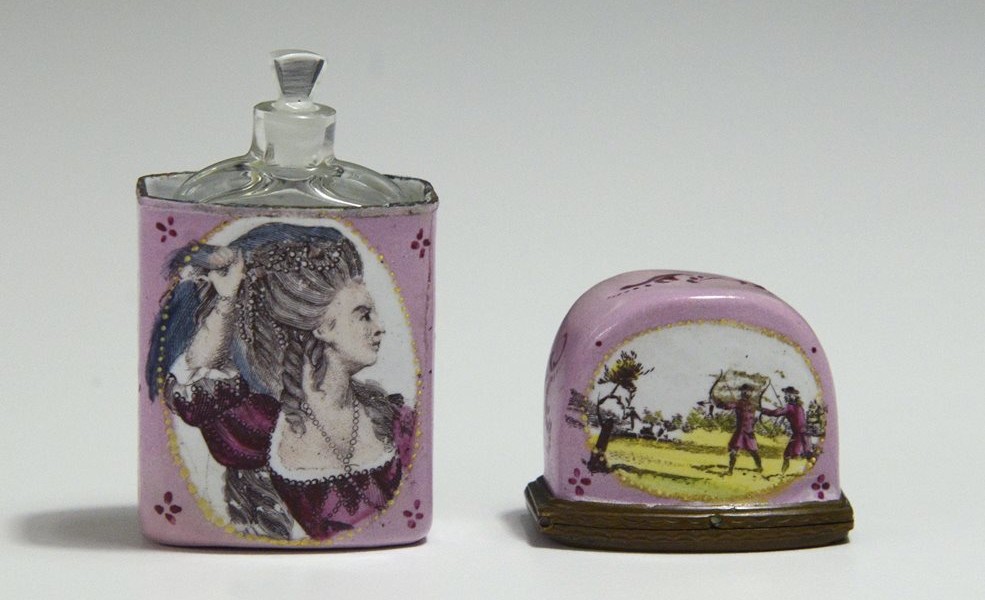 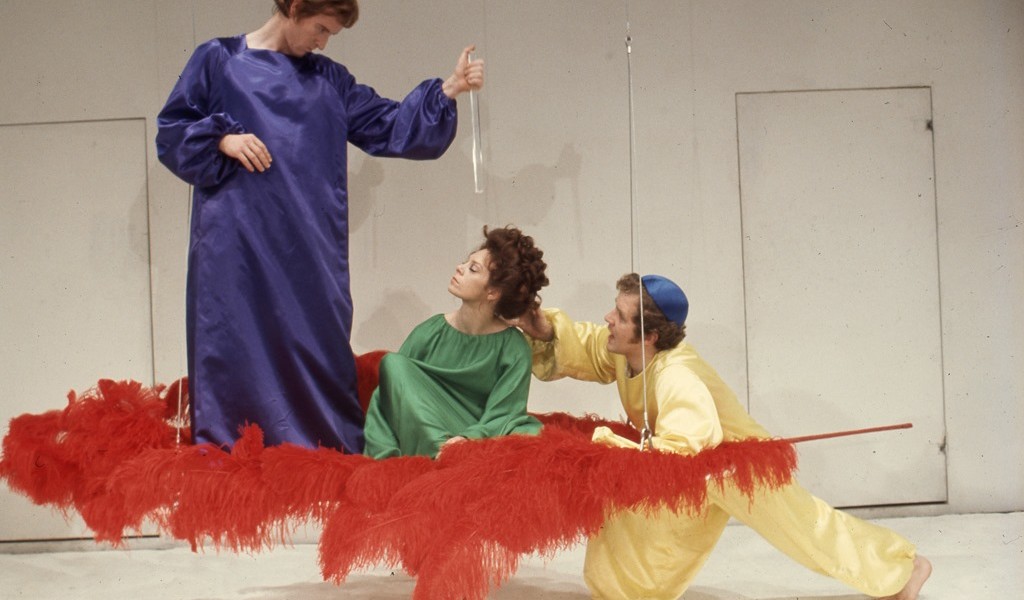 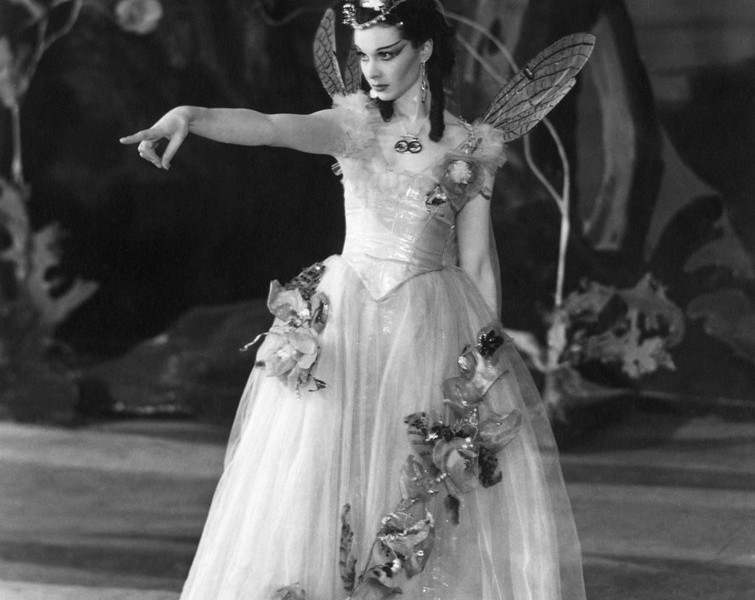 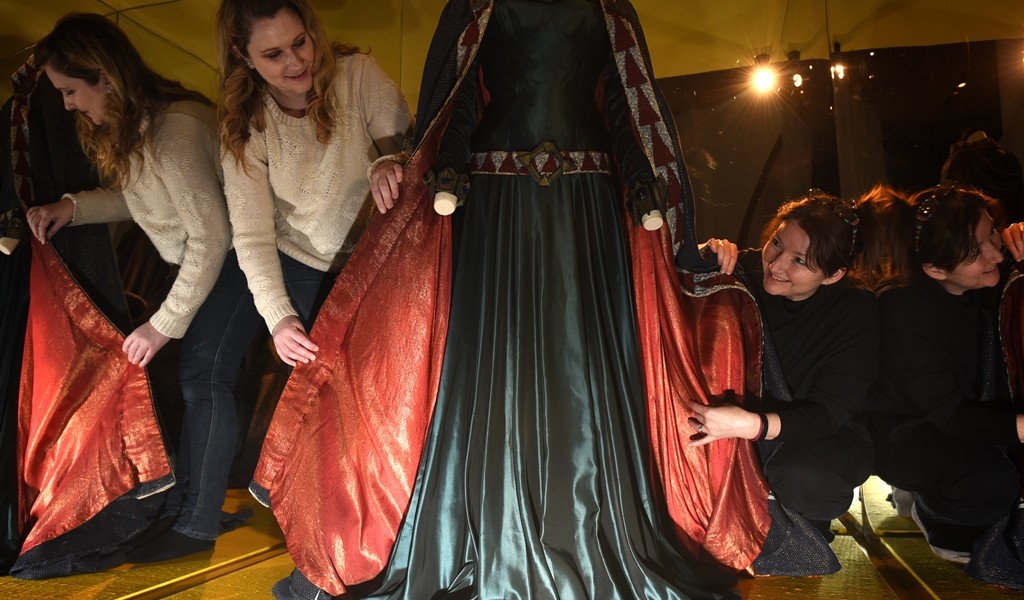 Kirk says that the British Library has been very lucky to be able to work closely with theatres such as the Royal Shakespeare Company and Shakespeare’s Globe, as well as museums such as the V&A, Manchester Art Gallery and the British Museum to make the exhibition work as well the Folger Shakespeare Library in the US, which has loaned a large number of items.

The library has chosen exhibits that it thinks will bring to life the stories it’s telling – about real people who transformed the way we think of Shakespeare today. “Some are relatively well-known, such as David Garrick, who kick-started modern reverence for the Bard when in 1769 he organised the Shakespeare Jubilee in Stratford-upon-Avon – a huge festival to celebrate Shakespeare, at which no actual lines of Shakespeare were ever spoken. But some are not famous at all, such as the first ever professional female actor on the English stage, who played Desdemona in Othello in 1660.

Kirk says research has shown the exact date she first appeared, the theatre it was in, and on display at the exhibition is the prologue that another actor spoke to introduce her. “We basically know everything except her name, which apparently no one at the time thought was significant enough to record.”

Also on display are some unexpected and surprising items – for example, visitors will be able to see a human skull that Victor Hugo, author of Les Misérables, gave to the actor Sarah Bernhardt for her to use as a prop when she played Hamlet in the late 19th century.

“We wanted to something different to previous Shakespeare exhibitions, and also to show off some of our amazing theatrical collections (we have a huge collection of historic playbills for instance – a sort of early cross between a poster and a flyer, advertising each night at a theatre; and we also have vast theatrical archives including the papers of Laurence Olivier.) We didn’t want to do an exhibition that took for granted that Shakespeare has always been seen as one of our greatest ever writers – we’re showing a more surprising side to his story.”

Shakespeare in Ten Acts is part of Shakespeare400 a year-long season of events organised by King’s College London that has brought together scores of cultural organisation from across the capital and beyond to mark the 400th anniversary of Shakespeare’s death.

“We’re really pleased to be a part of the wider Shakespeare celebrations this year and it’s been really exciting to hear what other people have planned, through the Shakespeare400 partnership,” says Kirk. “It’s great that we’re all working together to make this whole year a festival.”

The British Library has also been working on a project with the BBC, called Shakespeare on Tour, and has been able to contribute to stories about performances all across England, talking about what its collections can tell us about what theatre was like in many different towns and cities in the 18th and 19th centuries.

At the Library of Birmingham there is a collaborative exhibition called Our Shakespeare, which looks at Birmingham and its role in creating Shakespeare as a national icon. The British Library has loaned a copy of the First Folio to Newcastle City Library, which is currently on display.

The British Library has also recently launched on its website Discovering Literature: Shakespeare, which is a resource that enables users to digitally explore some of our fantastic Shakespeare collections.

A human skull on loan from the V&A. Photo by ClareKendall