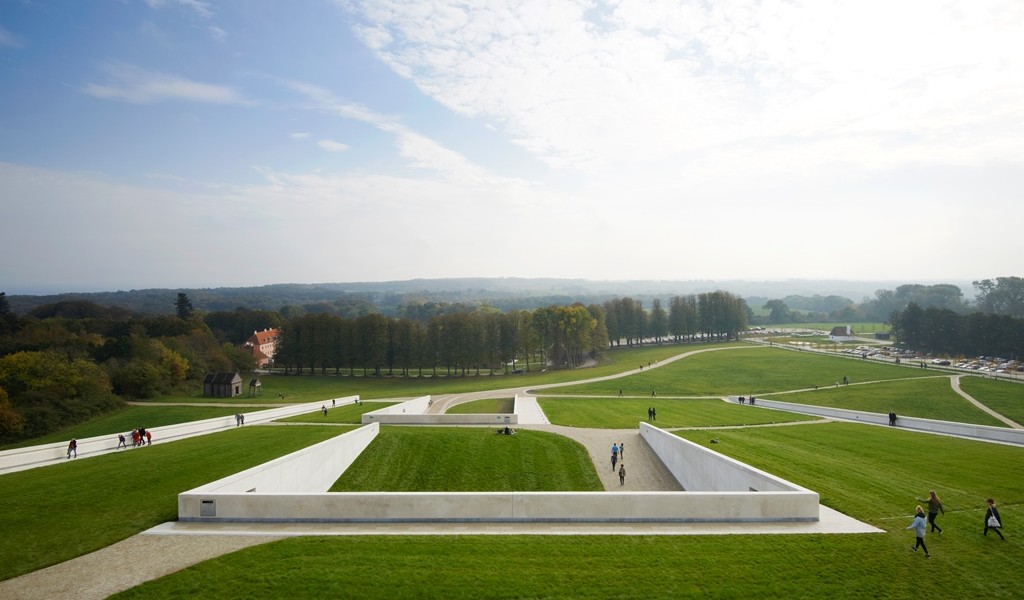 Moesgaard Museum, Denmark – A 21st century building for a collection spanning the history of man

After outgrowing the constraints of its magnificent 18th century home, Moesgaard has recently built a new museum close by that rises majestically out of the landscape.

The 50,000 objects that make up the archaeological and ethnographic collection of the Moesgaard Museum in Denmark are now enjoying life in a new £40m (397m Danish Kroner) purpose built museum a stone’s throw away from their previous home. Those behind the Moesgaard Museum are proud to state it is part of the landscape and with the help of architects Henning Larsen they have constructed “an integrated landscape feature”. The museum has been part of the Aarhus landscape since its establishment in 1861 where it has been housed in the listed 18th century Moesgaard Manor House, now home to the Aarhus University offices and student facilities. However, its new home, just 200m away from the manor house, literally springs from the earth of the ancient landscape in on the outskirts of Aarhus, on the east coast of the Jutland Peninsula. It was opened in October 2014 by Her Majesty Margrethe II Queen of Denmark. 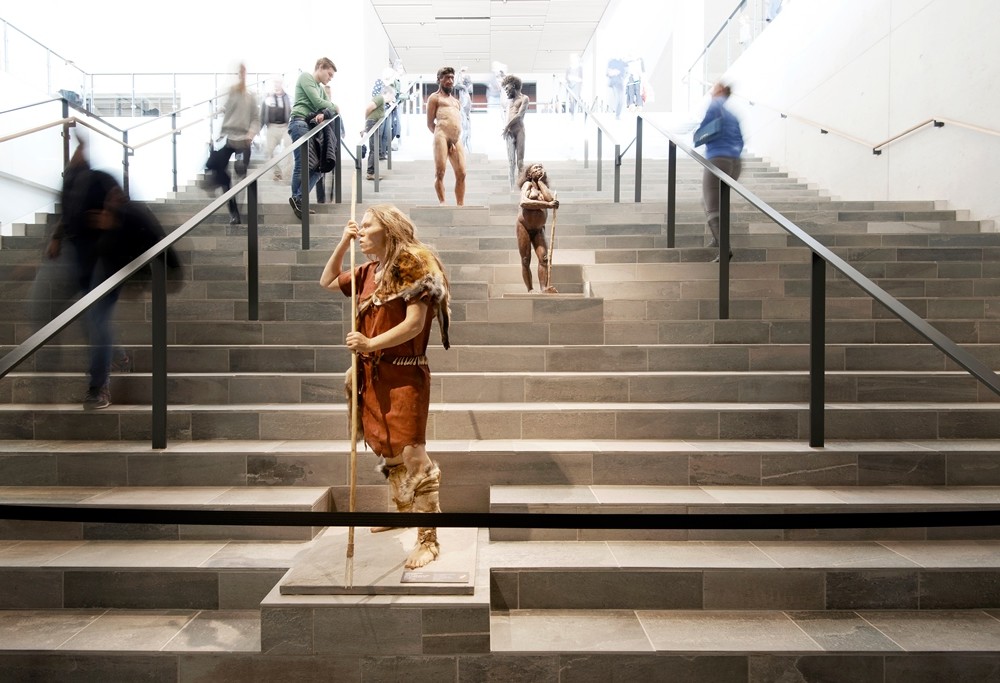 The new exhibitions have taken the collection, which boasts the Graubelle Man dating back to the 3rd century BC – the most exceptionally preserved bog bodies ever recorded – to a new level and visitors are now greeted by anatomically precise reconstructions of human species in the foyer. “Since 1997 it has been a big wish for Moesgaard Museum to build a new Danish cultural museum from scratch,” says Jan Skamby Madsen, Moesgaard Museum’s Director since 1996. “We wanted to reinvent the collection and give visitors a sense of excitement and we wanted a spacious building. “In Denmark, art museums have had the privilege of creating their own buildings. Museums like ours, however, are always housed in old structures. They show you an old building and tell you it has an atmosphere that suits your collection. And there you are, stuck in some inflexible monument.” The confines of the manor house proved to be the eventual catalyst for not only building new premises but also creating £7.2m (70 million Danish Kroner) worth of new exhibits to make the artefacts and the evidence of early man more life-like. Visitors are now greeted by displays of precise reconstruction of contemporary people made by the exceptional talents of identical twins Alfons and Adrie that make up Kennis & Kennis Reconstructions. They include an Australian Aborigine, British physicist Stephen Hawking and a Siberian female shaman as well as other human species that have been reconstructed from archaeological finds of bones from around the world. 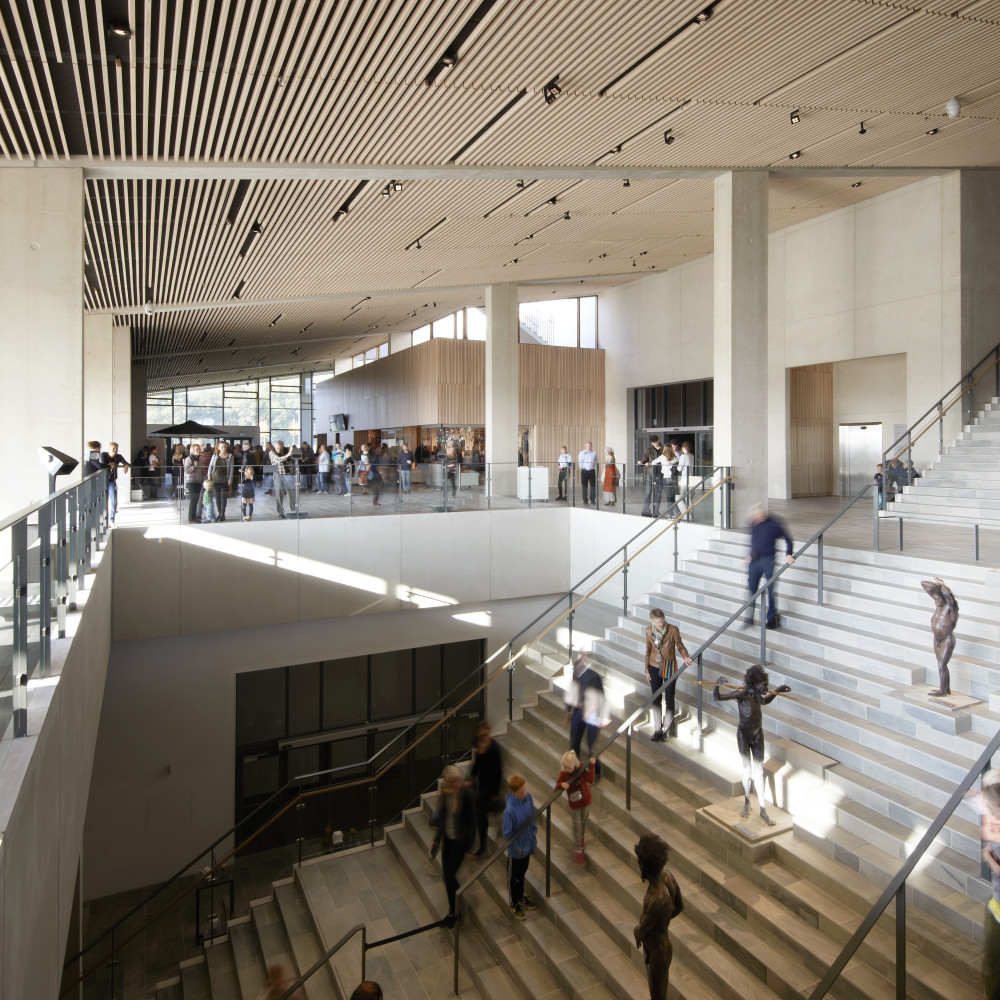 “We were also very keen in trying to find a new way to tell about cultural history,” says Skamby Madsen. “The conventional way of mounting an exhibition is for architects and museum professionals to collaborate. By doing so, we achieve an exhibition that is not only aesthetically attractive, but also very correct in scientific terms.”

The new museum covers 161,458 sq ft, equivalent to three football fields, and to build something that big in historic countryside meant the architects proposed building the museum into the contours of the land. “The challenge was how to build in the hills without destroying the natural landscape,” says Skamby Madsen. It was Architects Henning Larsen that convinced the management that it could be achieved and the result is an integrated landscape feature.” The roof is 90m above sea level and grassed over giving the impression of blending in with the fields and allows visitors accessibility to stunning views over the bay of Aarhus, Denmark’s second city, located in the centre of the country. The museum itself is split into several floors with a large, vertical foyer, with each floor connected by a central staircase.
“The biggest challenge has been to get a new exhibition building with close ties to the landscape. It is an unusually well-preserved cultural landscape with numerous prehistoric monuments still visible, including burial sites from different periods of antiquity and field systems dating back to the Iron Age and the Middle Ages,” says Skamby Madsen. “The most rewarding thing is to see the result. The new building grows organically out of the rolling landscape, and very soon acquired the nickname ‘elfen mound’. Visiting the Moesgaard Museum is a full-scale experience including culture, nature and architecture.” Most of the exhibited artifacts come from the Museum’s own stores with additional artifacts from other museums in Scandinavia and Europe. 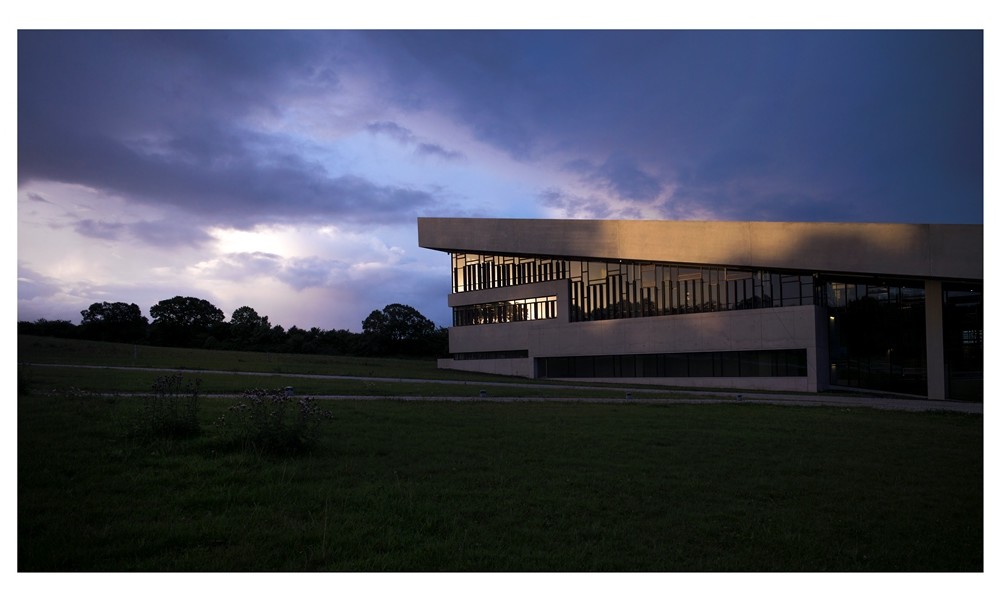 Most of the exhibited objects come from the Museum’s own stores with additional artifacts from other museums in Scandinavia and Europe. Among the impressive finds and artefacts from around the world, are some of the best preserved people from the Bronze Age, who were buried in oak coffins in Borum Eshøj near Aarhus. The Exhibitions have been designed in-house by Moesgaard Exhibitions Design Studio, and they have used narratives and scenographic settings with light, sounds and animations. “We aim to give visitors the opportunity to sense and understand real lives as they were lived and the dramas, both large and small, our ancestors experienced,” says Skamby Madsen. “A good museum experience is all about community and the meeting of generations, and presentations for all age groups are therefore integrated into all exhibition sections. 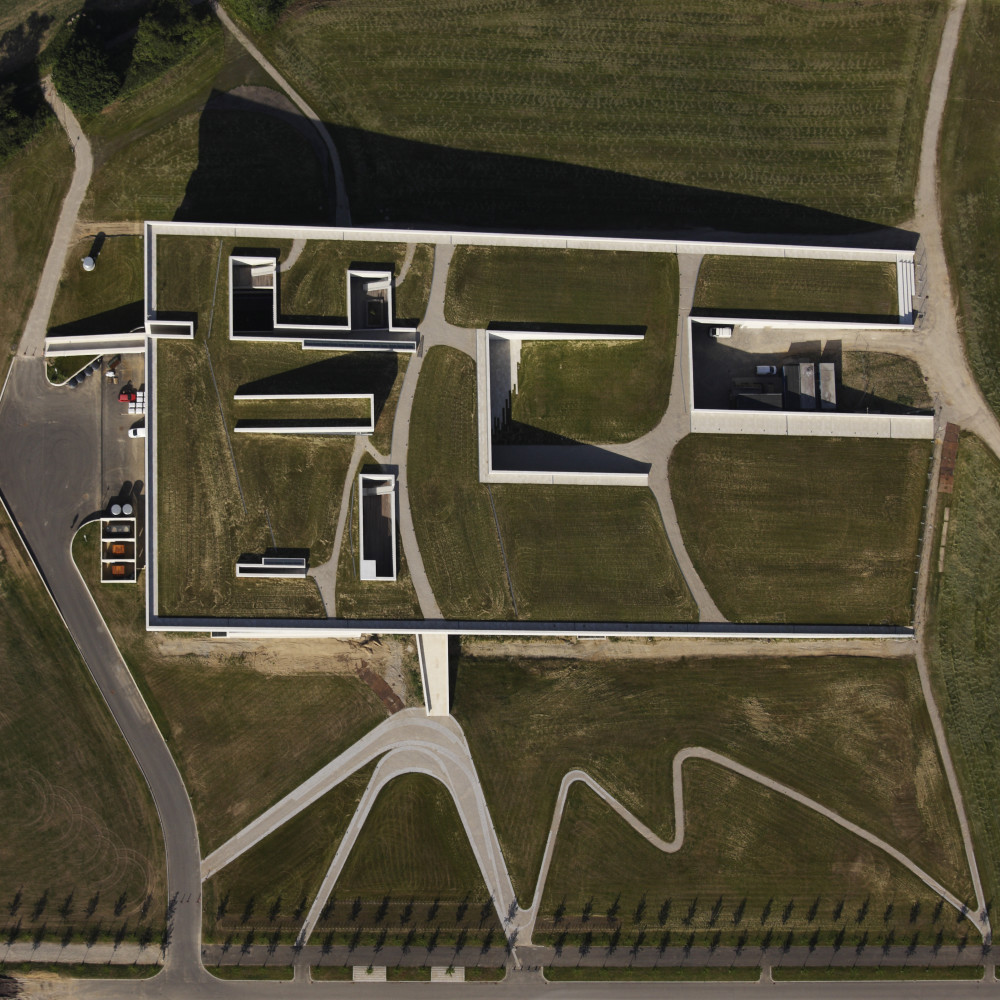 Exploiting the opportunity to facilitate our knowledge in a way that is interesting to both children, parents, and grandparents was very important to us. There should be something for everyone, regardless of their point of departure.” The archaeological exhibitions display the lives of the species of the past through the use of narratives and settings with light, sounds and animations – whereas before, Skamby Madsen says, you needed to be an amateur archaeologist to appreciate the collection that was showcased in rows of glass cabinets. In addition, the exhibitions showcase weapons from the Iron Age as well as provide the opportunity to venture on a journey with the Vikings from Aros – the former name of the city of Aarhus. “The exhibition challenges the traditional concepts of exhibitions and draws on the latest knowledge and technologies,” says Skamby Madsen. “The building of the new Moesgaard Museum reinforces a close relationship between the museum and the university. Some of the facilities will be shared by the two institutions, including the lecture theatre, drawing office, photo-lab, workshops and stores. An exhibition gallery has also been fitted out for sole use of students.” 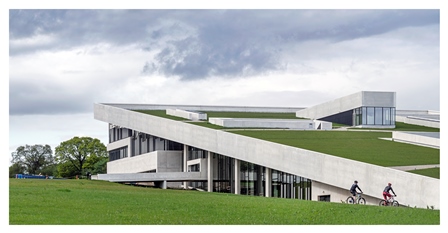