The latest deadline for funding from Arts Council England will take place on Thursday (November 6) as the first round of applications for the new Museums Resilience Fund are submitted, kick-starting funding for 2015-2018

Advisor talks to ACE on funding and the director of the National Museum Directors’ Council on the challenges museums face and how they are working together to overcome them.

Scores of museums across England will have been painstakingly completing their applications for grants over the past six weeks in an attempt to secure vital funding for the coming year.

In hard times for the country’s 2,000 museums the Museums Resilience Fund was set up in September to encourage the museum sector to be better equipped to fend off austerity and cuts in areas of central and local government.

The Department of Culture, Media and Sport’s funding for national museums will have been cut by 30 per cent in real terms since 2010 to 2015 with higher percentage cuts in many local museums.

This has all happened since ACE became responsible for supporting and developing museums in October 2011, replacing the Museums Library and Archives Council.

Since then it has also launched the Major Partnership Museums (MPM) in January 2012 part of its Renaissance Strategic Support Fund to encourage a better network of organisations.

New MPMs where announced in July increasing the number from 16 to 21with these institutions receiving £22.6m in 2015/16, up from £20.3m from the previous year, however, existing MPMs will receive cuts.

The new MPMs include the Black Country Living Museum and Coventry Museums, Derby Museums and Nottingham Museums and Galleries, Hull City Council, Museums Sheffield and Penlee House Gallery and Museum as part of a consortium with five other museums in Cornwall.

National Maritime Museum Cornwall is part of a six-museum group that forms a Major Partnership Museum. Photograph by Peter Edwards

This move has widened the geographical scope of funding and ACE believes this is proof of its commitment to the regions following criticism last month in an independent report by GPS Culture that the allocation of funds was biased towards London.

“Around 90 per cent of Arts Council funding goes outside London; for 2015-18 there will be 21 Major Partnership Museums, only two of which are in London,” says John Orna-Ornstein director of museums for ACE.

“In fact, Arts Council funding for museums is lower per capita in London and the South East than in any other part of the country.

“In addition, the new Museum Resilience Fund is deliberately accessible to as wide a range of museums as possible. 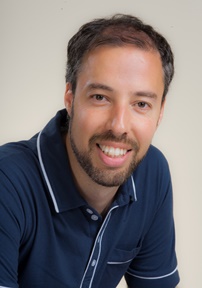 “The vast majority of this fund will be invested outside London and geography will be an important part of decision making, ensuring a spread of resource across the country.”

The museum resilience fund is part of ACE’s ‘Great Art and Culture for Everyone 2010-2020’.

“Arts Council England is genuinely open to hearing any concerns – our only goal is to support and develop the sector in the most effective way we can.”

Orna-Ornstein acknowledged that more could always be done and ACE would work hard for the sector in the coming months and years.

“It’s not just about funding, it’s also about wise use of resource. At a time when resource is so limited it’s our duty to collaborate effectively and eliminate duplication. For Arts Council that means working closely with the sector’s lottery distributor HLF.”

This money has gone into Renaissance museums in England, designated collections in England and Significant collections in Scotland, construction and refurbishment of museums and galleries, acquisition of heritage, collections projects, developing museum skills and supported education posts and spaces for learning. 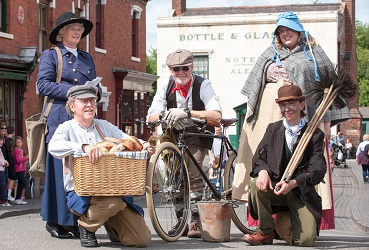 “It means positive relations with national government and with local authorities so that we can advocate effectively for museums,” said Orna-Ornstein.

“And it means a close partnership with membership organisations like the Association of Independent Museums, the MA, the University Museums Group and the National Museums Directors Council.”

“We’re working hard to achieve this, and we hope that a tangible outcome will be a new action plan that sets out how we all plan to collaborate to build a more resilient sector. We’re calling the action plan A Common Purpose.”

The National Museum Directors’ Council (NMDC) represents the leaders of the national collections and the major regional museums including the British Library, the National Library of Scotland, and the National Archives.

It was set up in 1929 for museums to discuss mutual concern and its vision is that all relevant policy makers and opinion formers understand the full value of museums and their collections, and ensure they are adequately funded and intelligently supported to enable optimum contribution to society and maximum public value.

Diane Lees, NMDC Chair, and Director-General, Imperial War Museums said the challenge is making the case for funding for museums, when all areas of public spending are being cut so drastically.

“Is there an imbalance in funding for museums? The current debate has conflated funding for the arts with funding for museums, but there has been no analysis of the many funding sources for the museum sector – government “Grant-in-Aid, local authority, Arts Council, HLF, HEFCE etc, etc – and how they are balanced,” she says. 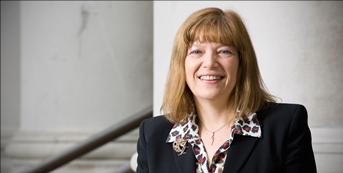 “Arts Council England funding for museums is extremely equitable, both in terms of geography and spend per head, as is HLF funding.

“As well as a lack of proper data, the current debate on the balance of funding is based on various flawed assumptions.

The value of funding through touring shows London and the south east benefitting the least through the scheme and the north west and east midlands fairing the best. 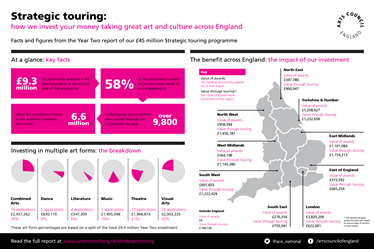 Last week ACE announced the four organisations that had been successful in the latest round of the Strategic Touring Programme, receiving a total of £272,367.

The successful applicants include the AV Festival, based in the north east, which will be able to tour for the first time after being awarded £65,964 and Oldham Coliseum Theatre will take its production The Mist on the Moor across the Pennines for a ‘Yorkshire Tour’.

Then two London-based organisations have been awarded funds: Orchestra of the Age of Enlightenment, which will invited audiences from the Midlands and South East to take part and the Circus Geeks tour Beta Testing with Laura Hendry working with the Production Shed to deliver an accessible juggling show with accompanying workshops that will tour England focusing on rural and small-scale venues.

“NMDC would welcome a wider discussion about the geographical distribution of funding for museums, but that is not possible without a clear articulation of where the current imbalances are, based on accurate data,” says Lees.

“It would not be in the interests of the sector as a whole to weaken one element in order to strengthen another, particularly at a time when all museums are experiencing prolonged and unprecedented cuts to public funding. The real issue is ensuring access to excellent museum provision for all.”

The importance of museums to society are many and range from the safeguarding of collections to enabling community engagement in art culture as well as ensuring future generations are able to understand the past.

“The Arts Council’s focus for the coming years is doing everything we can to address the financial challenge and to support vibrant, strong museums,” says Orna-Ornstein.

“As a result, we’ve focused our funding on resilience: helping the widest range of museums adapt to the changing times.

“And we’ve maintained full funding for Museum Development, again with a focus on resilience, despite the reduction in Treasury funding. 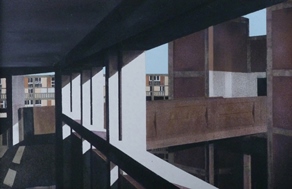 Mandy Payne’s Paradise lost will be part of the Picturing Sheffield exhibition from November 29 at Millennium Gallery, part of Sheffield Museums a new Major Partnership Museum

“Treasury funding for national and regional museums is also decreasing. And a lower proportion of lottery funding is going to museums than was the case a few years ago.

“So there’s a triple whammy of cuts. We need to engage national and local government and convince them of the value of culture.”

Lees agrees and the speed of cuts and repeated ‘salami slicing’ of funding have been particularly difficult to manage.

“The three-legged model of funding – public, private, commercial is a good one,” she says.

“But we are in a new era of reduced public funding and increasingly self-generated income has to be a priority for all museums.”

She says that if she could make one sweeping change to the sector it would be that every decision-maker understands the value of museums and sees public funding as an investment, not a subsidy.

“Many politicians do ‘get it’ in terms of the value of museums and culture,” she says.

“This can be seen at national level, where arts and culture have not been cut any more than cuts applied across Whitehall; and at local level, where many councils have not cut culture disproportionately, despite major challenges in funding even statutory services.”

Lees says that NMDC is able to use the close links national museums have with government to advocate for the whole museums sector.

“We continually make the case for museums and their contribution to health and well-being, education, the economy, society and local communities.

“NMDC’s membership expansion to the MPMs means we can help a wider group of members work together (and with the wider sector) to share knowledge and good practice, promote joint working and help develop sustainability across the sector.”

For ACE ‘working together with’ are key words which it believes will be the basis for its future work.

“We want to work in partnership with museums and cross sector bodies,” says Orna-Ornstein.

“We’d like to be as open and accessible as possible. We don’t plan to be an unapproachable funder and we welcome challenge and we’re happy to discuss current and future plans for funding.”

The decisions on the first round of applications for Museums Resilience Fund grants will be made in March 2015.