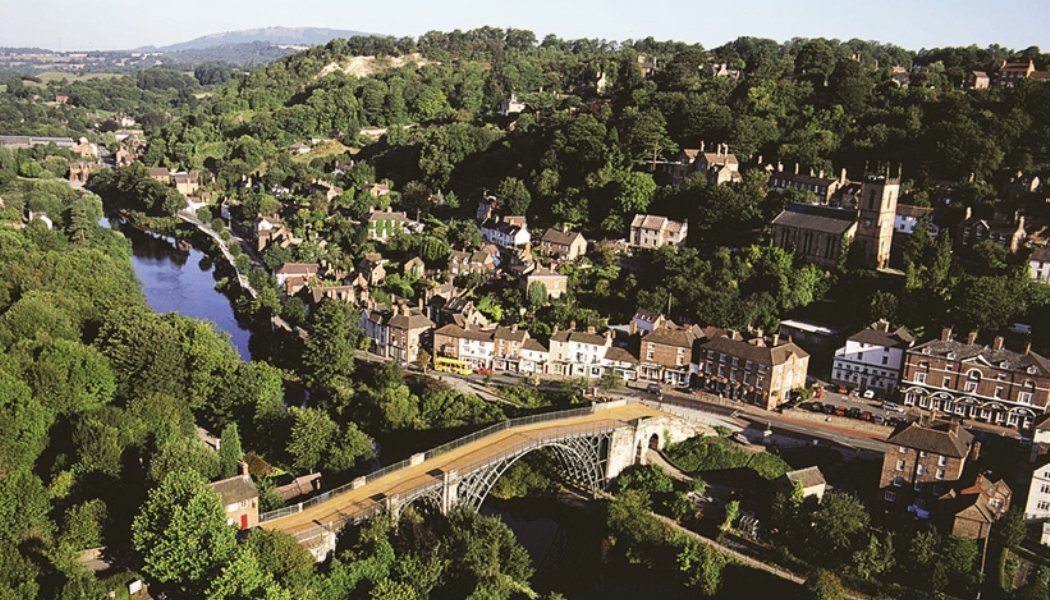 As a UNESCO World Heritage site and a catalyst for the Industrial revolution, Ironbridge Gorge, with its monuments, museums and galleries is already a major historical destination. However, the ambitious Ironbridge Gorge Museum Trust (IGMT) – set up by a group of volunteers in 1967 to reimagine the derelict site – is celebrating its 50th anniversary by launching a new £15m masterplan to improve the site’s facilities, cohesiveness and interpretation

The Coalbrookdale Masterplan, which takes its name from the village where iron was first smelted by Abraham Darby in 1709, aims to consolidate the site, which includes 36 scheduled monuments and ten museums including the Old Furnace that was used in the revolutionary process of using coke as fuel instead of charcoal.

The masterplan hopes to boost visitor numbers and widen the age profile so that Coalbrookdale as a whole becomes a destination in its own right. The museum attracts 500,000 visitors per year and 70,000 school visits.

“The world heritage site is six square miles in total and forms a u-shape so Coalbrookdale takes up the left hand side, the bottom of the u-shape is the River Severn and the Museum of the Gorge is there,” says Anna Brennand, IGMT CEO. “The masterplan is designed to unite the site. The Old Furnace along with the Iron Bridge are the most important monuments in the Gorge and internationally two of the most famous industrial monuments in the world and that is what the World Heritage Site status is pinned on. At the moment the Old Furnace is in a pyramid structure built in the early 1980s, and because of the geography of the site it’s down a dip and people don’t really know what it is and why it’s there.”

At the weekend the first stage of the masterplan was realised with the reopening of the Museum of Iron, which has undergone a six-month redevelopment to better tell the story of how Darby’s iron-making prowess completely changed the way the world manufactured iron and subsequently influenced how we lived and worked. 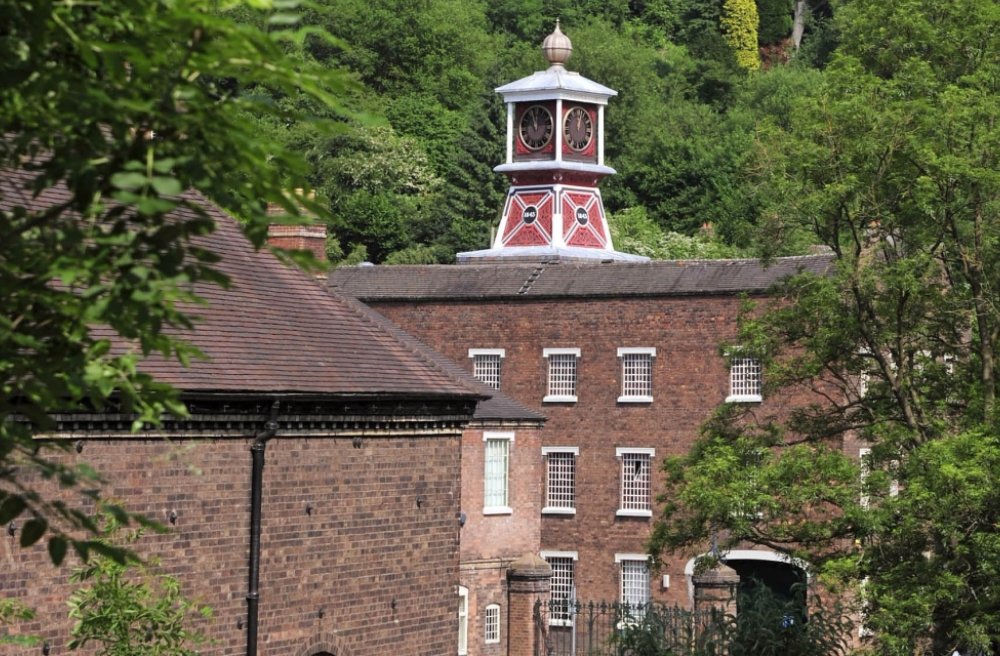 The Museum of Iron was built in 1838 and the cast-iron clock tower was added in 1843 and is the pivotal part to link the Old Furnace with Enginuity, which is the Trust’s design and technology centre. “It’s a really beautiful building and when they built it it was a homage to iron.” Indeed, the clock tower, windows, lintels, windowsills and internal columns are all cast iron. The Trust has opened up the building so visitors will get a better idea of the architecture and have completed most of the work internally. The Trust had commissioned initial plans to redesign the museum four years ago bu the initial scheme became too expensive, so they made changes and completed it for less than £1m.

“We have used external contractors for some of the specialist works such as the electrics and lighting but largely it’s our own team that has done it. We have taken care of the interpretation and the producing the graphic wallpaper and panels has been done by an outside company by most of the design work for that has been done internally.”

The Museum of Iron now takes visitors on a journey through time to explore how Coalbrookdale became the centre of the 4,000 year old story of iron. It explores how developments in the iron industry were shaped by the remarkable geology of the area, as well as the entrepreneurial people that used the geology of the Gorge to their advantage and changed the industrial world forever. The story moves through to the Great Exhibition of 1851 and right up to the modern steel industry and car manufacturing to show that what happened 300 years ago is still very relevant today.

The museum’s refurbishment has also seen its café removed (giving it a larger floor space), with a new, much bigger destination café being built on site later this year, also part of the wider masterplan. “The new destination café is a 90 cover restaurant/café and it will bring a night time economy to Colabrookdale as it will be open in the evening. The next two phases will be concentrate on the old furnace and Enginuity.”

A lot of people come to Ironbridge and just see the Iron Bridge and think they’ve seen it all. Whereas the Old Furnace is what started it all and we really want to put that on the map 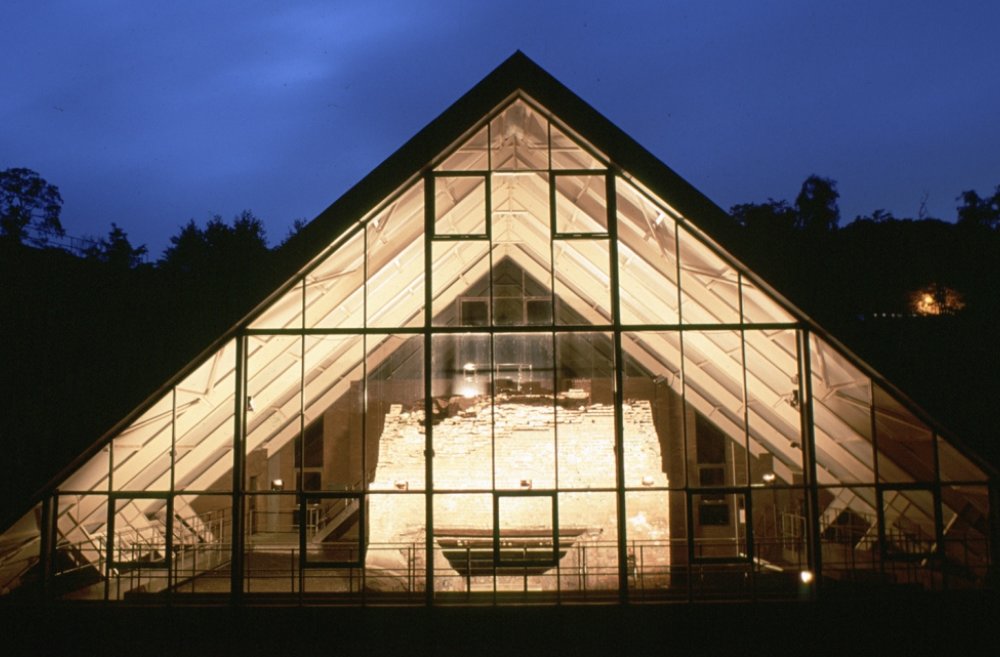 Part of the masterplan is to put a new cover building over the Old Furnace and a new interpretation scheme that will link it far better with the landscape of Coalbrookdale. From the Museum of Iron, Brennand says you get a fantastic view of that landscape from the viaduct and old furnace to the woodland and arboretum. “It’s quite a dramatic site and with Enginuity we are going to be doubling the footprint into the historic engine shop, which is joined on to it and has been used as a workshops and events space but not utilised enough. As part of this we will be trying to link in with businesses in the area as Telford’s such a growing area, one of the fastest growing towns in the country and that provides a good opportunity for us.”

As well as uniting the site the masterplan is set to increase dwell time and increase visitor numbers in general by raising the profile of Coalbrookdale, which is the historic heart of the Gorge.

The Trust has also allocated a historic building to be converted into a new collections store that will increase public access to its reserve collections, library and archive – a key driver of the masterplan. There will also be the creation of a new temporary gallery, which will replace a small gallery only used during the week that requires walking through another building to get to.

“The plan includes creating a new two-storey temporary exhibition space, which would be adjacent to the café, so even if you weren’t coming to the museum you could see a temporary exhibition and have a nice lunch, and come to the area. We want it to appeal to a wider range of people than perhaps those that would normally come to an industrial heritage site.”

Over the next 10 years the trust will attempt to raise £10m to fund the various elements of the masterplan and have set up a new foundation committee in charge of fundraising. The fund have been successful in raising fund in the past from

In the last 20 years the Trust has raised £30m, which has been spent on refurbishing museums and exhibitions, creating a new street of shops and attractions at Blists Hill Victorian Town, bringing previously derelict or semi-derelict buildings back to life for use as vibrant museums and inspiring monuments.

“Right from the beginning it was volunteers that started it all off and saw the potential of what was then derelict and over the past 50 years the trust has managed to bring a huge amount of those assets back to viable use both as museums, workshops, rented spaces housing creative industries, and we are always diversifying what we do. Now we aim to give Coalbrookdale the significance it deserves. A lot of people come to Ironbridge and just see the Iron Bridge and think they’ve seen it all. Whereas the Old Furnace is what started it all and we really want to put that on the map.”

Fully explain, using dynamic and innovative exhibits, the significance and context of
Coalbrookdale and place it at the heart of the World Heritage Site and its
surrounding area.

Attract more visitors to Coalbrookdale and create a place that showcases the human
innovation and entrepreneurial spirit of the past and connects this to the present day.

Highlight recent research and use new technologies to create a site that is both
local and global in reach, to bring new opportunities for learning in diverse ways
and environments.

Carry out conservation work to the Old Furnace and associated buildings and
create a new cover building for the monument that unifies the surrounding landscape.

Expand Enginuity and provide outstanding learning opportunities for as wide an
audience as possible.

Create a new destination café and utilise redundant space to create a new temporary
exhbition gallery to showcase the Trust’s collections and take in touring exhibitions.

Create flexible conference and banqueting spaces to hire out all year round.