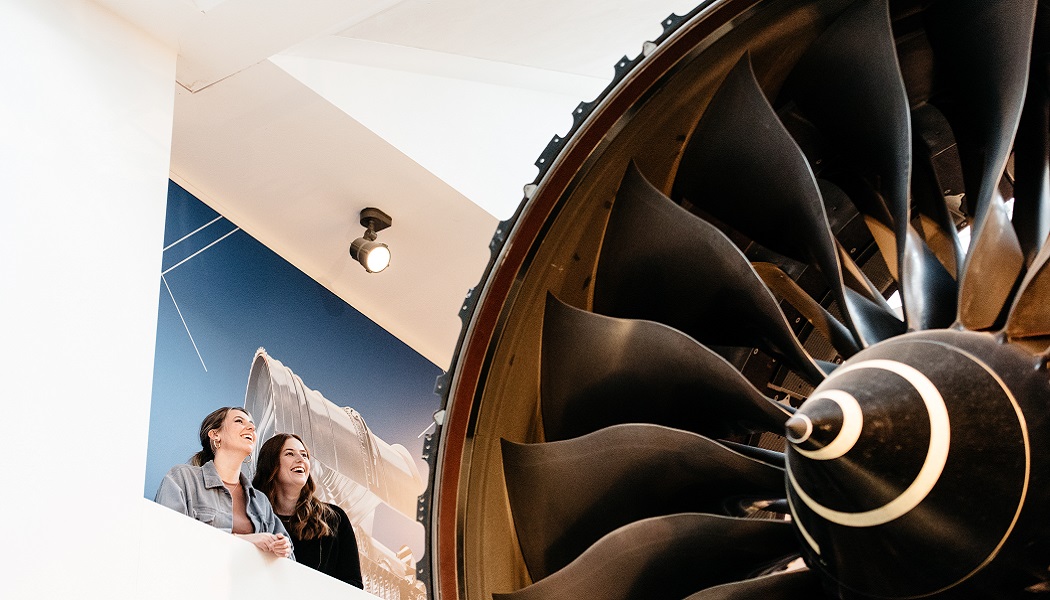 A project redeveloping a 300-year-old listed site nestled in the heart of a UNESCO World Heritage Site could easily yield a venue that conforms to type. With Derby Museums at the helm, the new Museum of Making was never in any danger of this.

“Someone always has to go first, to believe in an entirely new way of working which is fundamentally different to how everyone normally does it,” Hannah Fox, director of projects and programmes at Derby Museums, told Advisor back in 2019.

This fearless ambition has come to define the entire Museum of Making project, with the organisation’s approach having transcended convention at every juncture on the lengthy journey to creating a heritage attraction like no other. 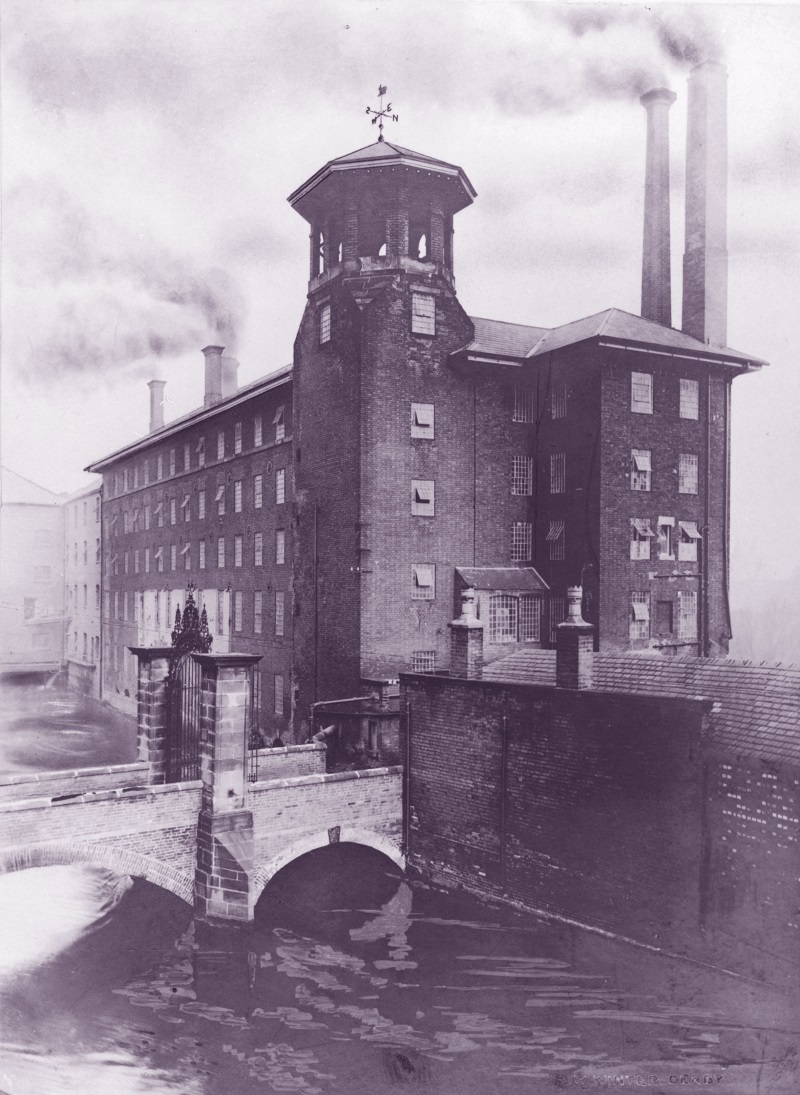 Befitting the former silk mill’s innovation-rich past, what was once the world’s first modern factory now offers a tantalising glimpse of the future for museums. This applies both in terms of how the venue was built – using a trailblazing procurement model – and the role cultural hubs can play in the lives of creatives.

Derby Silk Mill has stood beside the River Derwent since the reign of George I, and the site’s 21st century restoration and redevelopment will leave no one in any doubt of its historical significance.

Architectural features such as the Grade I listed Bakewell Gates, in situ at the front of the mill since 1725, have been integral to the design scheme throughout.

These history-laden elements are now in greater focus than ever thanks to their juxtaposition with modern additions, such as the triple height glass atrium through which visitors enter the museum. It is here that a seven-tonne Rolls-Royce Trent 1000 engine hangs suspended – the Museum of Making’s thematic equivalent of the Natural History Museum’s iconic Blue Whale skeleton. 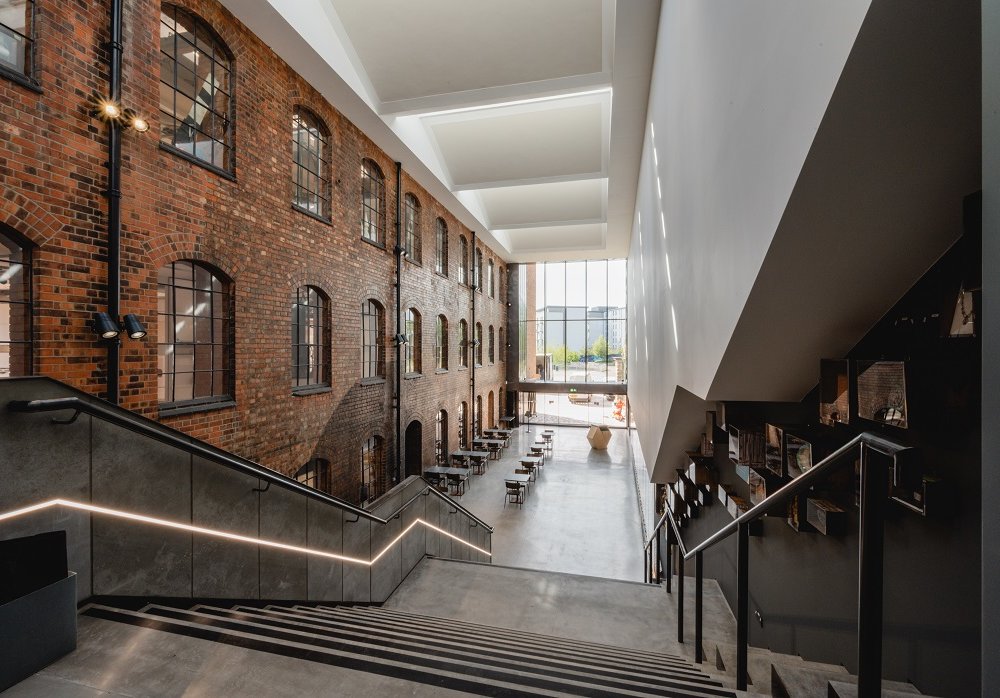 “This is no ordinary museum,” Tony Butler, executive director of Derby Museums, proudly asserts. The redevelopment of the silk mill and “all it represents”, he adds, “is now celebrated and safeguarded”.

Another aspect of the venue’s heritage protected by the project is its connection to the surrounding Derwent Valley, a UNESCO World Heritage Site since 2001. The addition of a panoramic expanse of glass in the museum has revealed for visitors a never-before-seen vista of the city and sprawling vale beyond. 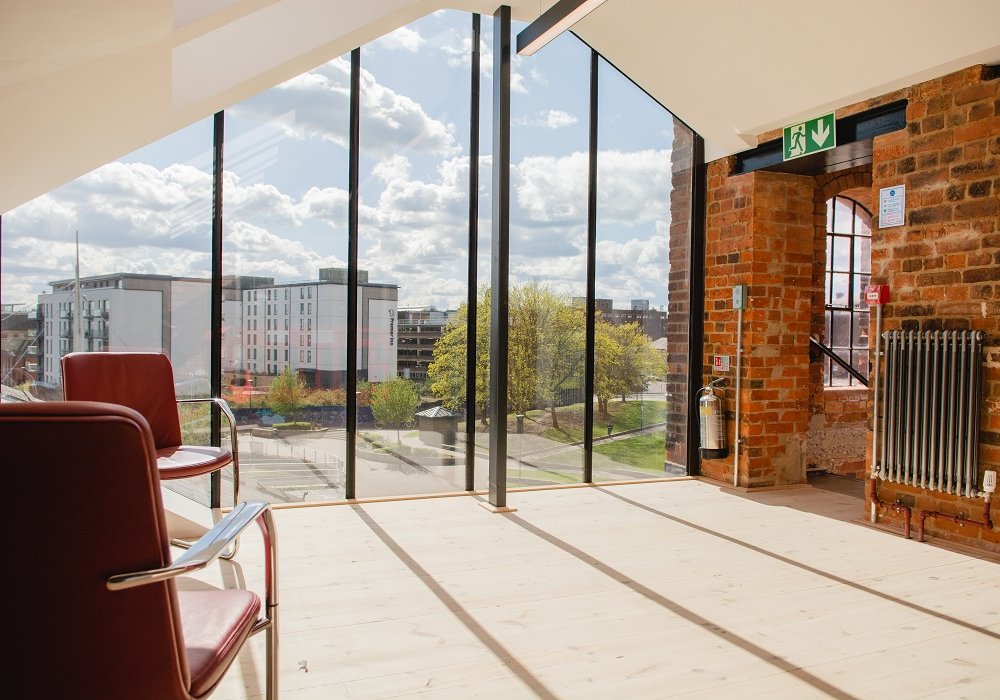 The View at the Museum of Making © Speller Metcalfe/Derby Museums

Staying true to its rejection of norms for a major museum, the institution’s collection is out on show in its entirety. The majority of these artefacts can be located in The Assemblage, a zone housing 30,000 objects and resembling a judiciously orchestrated antiques emporium.

A grid system – arranged according to the materials from which items are made – is in place to ensure visitors can find exhibits of particular interest and avoid getting lost in the bountiful stacks of historical gems which fill the galleries.

Not content with comprehensively telling the story of Derby’s industrial past, however, the venue’s diverse content plays host to objects which tell tales ranging from the city’s Palaeolithic past through to the world’s smallest engine, run using only a human hair. 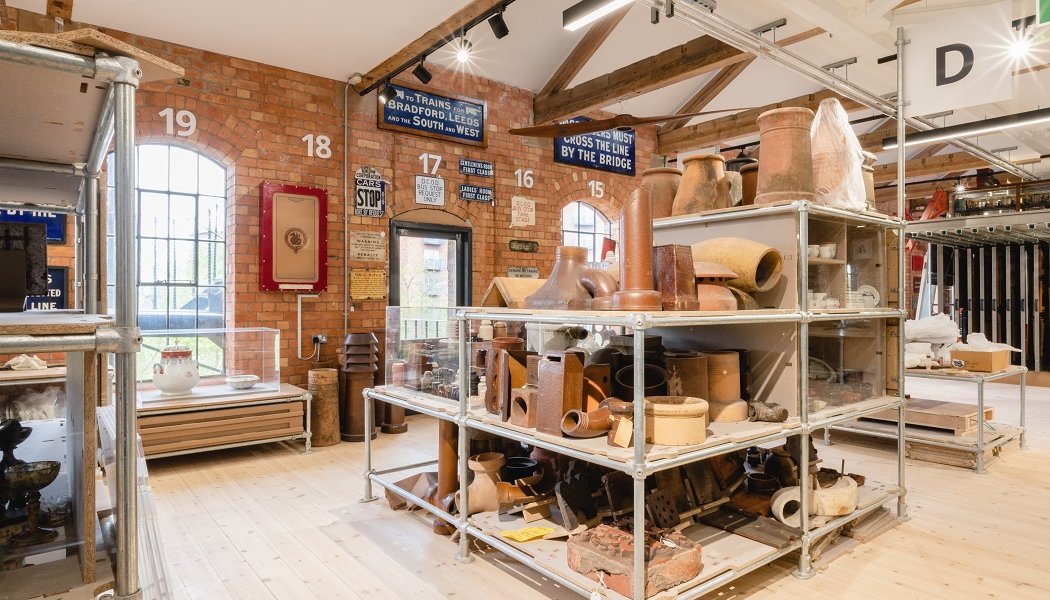 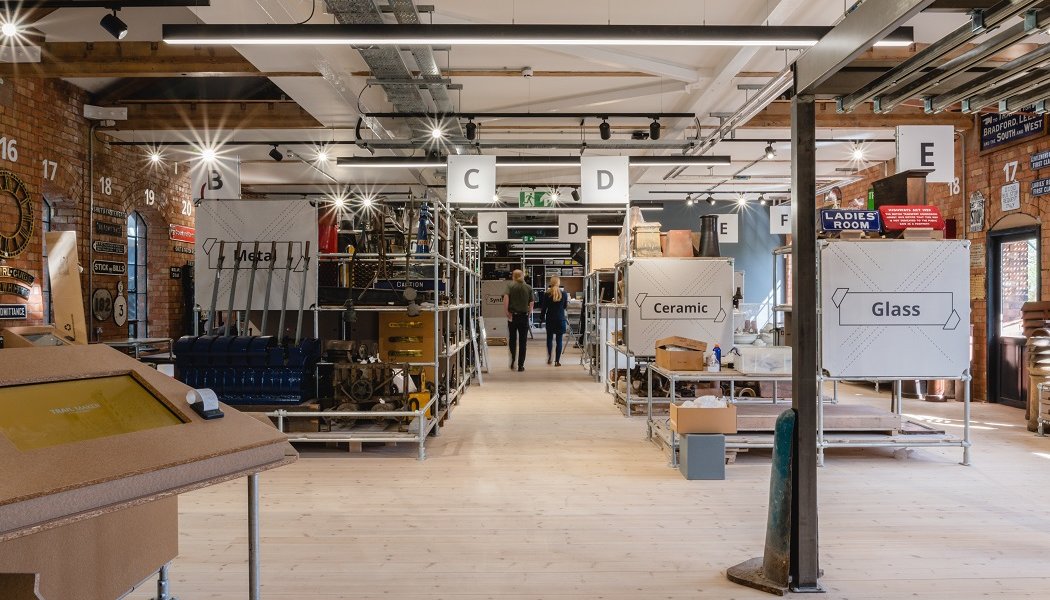 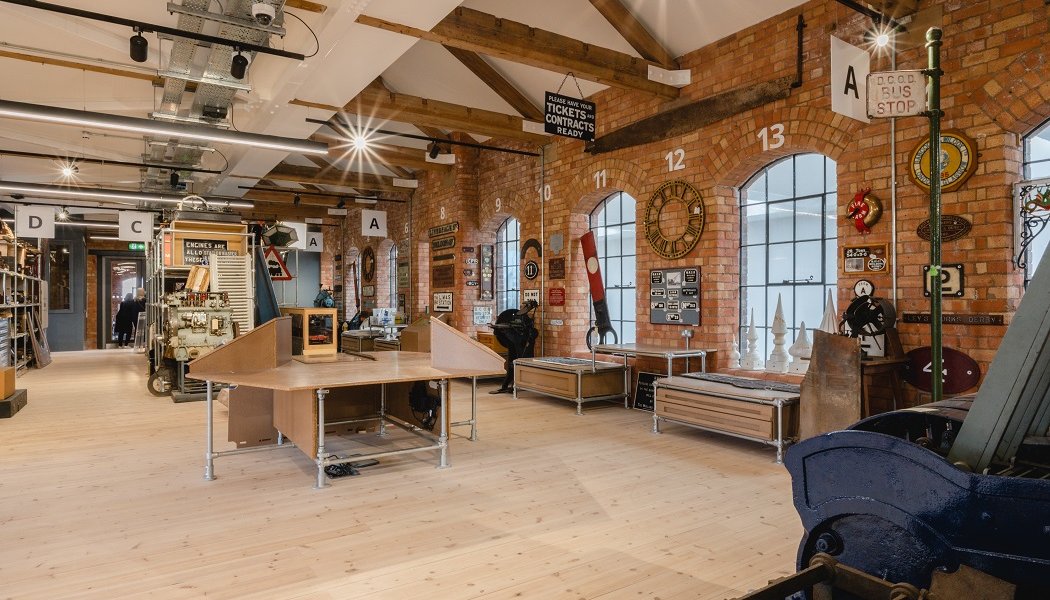 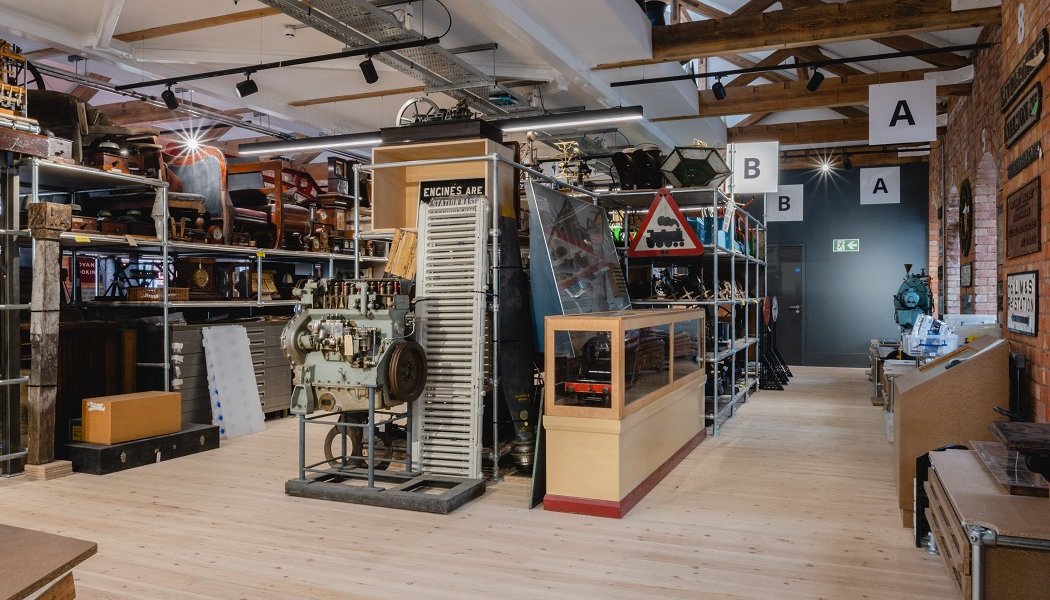 “We hope our new museum will become a must-see destination, bringing optimism and inspiring all who visit it,” Butler adds. “Derby has been shaped by an incredible array of cultural and industrial innovations over the last 300 years, and the new Museum of Making is the exciting next chapter in the story – and one we are delighted we can now share with everyone.”

Perhaps more than all else, the Museum of Making’s Workshop is what sets it apart from the sector at large. Designed to support modern day makers with a blend of high-tech and traditional technologies, the production paradise is open to visitors and professional craftspeople alike.

Those looking to utilise the facilities on a regular basis can sign up to become a Member of the Museum of Making from next month, enabling them to hire equipment and benefit from the support of specialist staff. Membership also includes access to The Prospect, a co-working space conceived to build a supportive community of like-minded creatives. 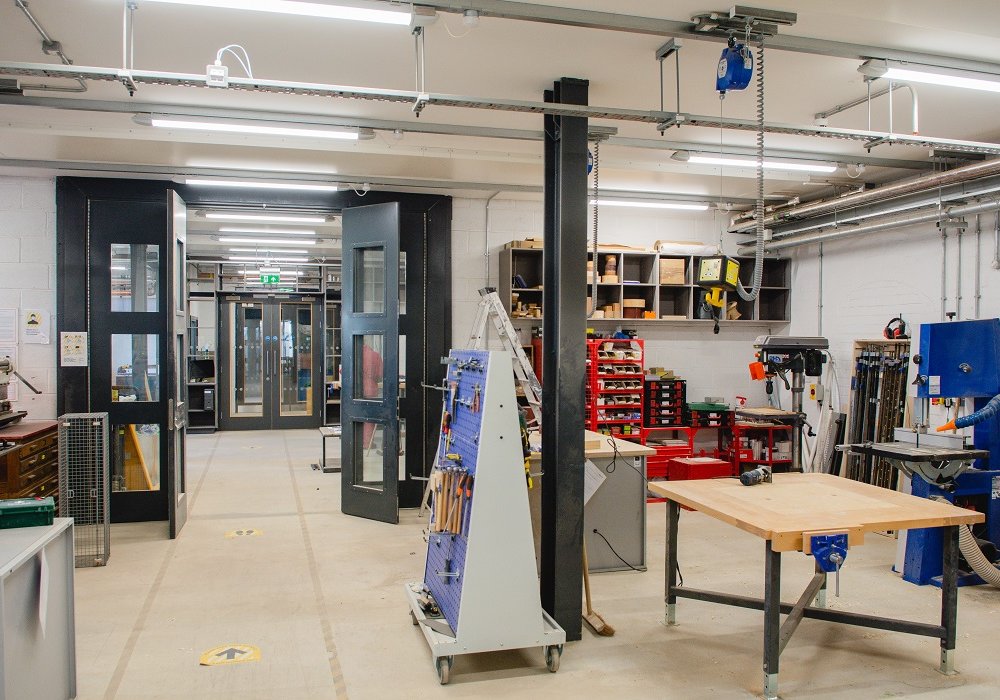 The Workshop at the Museum of Making © Speller Metcalfe/Derby Museums

Aside from its customary heritage attraction duties, the Museum of Making will serve as a “hub for modern makers”, according to Derby Museums’ executive director, who notes that the overall experience is “designed to encourage people to understand how things are made, think about materials and their uses, have access to skills, knowledge and equipment that might otherwise be unavailable and help move mindsets from mass consumerism to sustainable production of things that are both useful and needed”.

Museum of Making Membership affords subscribers the opportunity to book co-working desks in The Prospect and machinery in The Workshop. A range of events throughout the year will be laid on for members, along with access to:

The membership model will also deliver a much-needed additional revenue stream, enabling the Museum of Making to offer free entry to all visitors despite opening its doors during one of the harshest financial spells the industry has faced.

“At the start of this journey Derby Silk Mill was a sleeping giant, under-appreciated and at risk,” says Anne Jenkins, director, England Midlands & East, National Lottery Heritage Fund. Now, she continues, the site is an “exemplar cultural attraction that local people can be proud of, a magnet for visitors and a driver for city centre regeneration”. 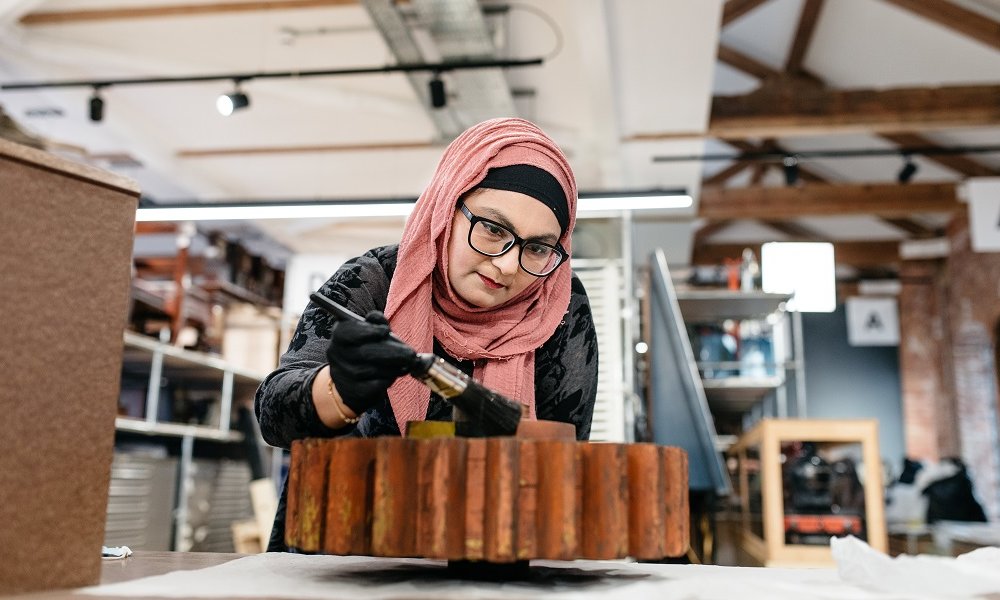 While getting the project to the point of opening was only possible with support from organisations including National Lottery Heritage Fund, Arts Council England, D2N2 Local Enterprise Partnership, Derby City Council and Rolls-Royce, it will now be a hardy band of committed local makers who keep the museum alive – in every sense of the word.

Finances will hopefully also be bolstered by a new café, The River Kitchen, and the Museum of Making shop, which will unsurprisingly specialise in selling items crafted by the region’s makers, creators and designers. An abundance of venue hire spaces will also play a key role in the site’s commercial success, with areas designed to host events ranging from weddings to business conferences. 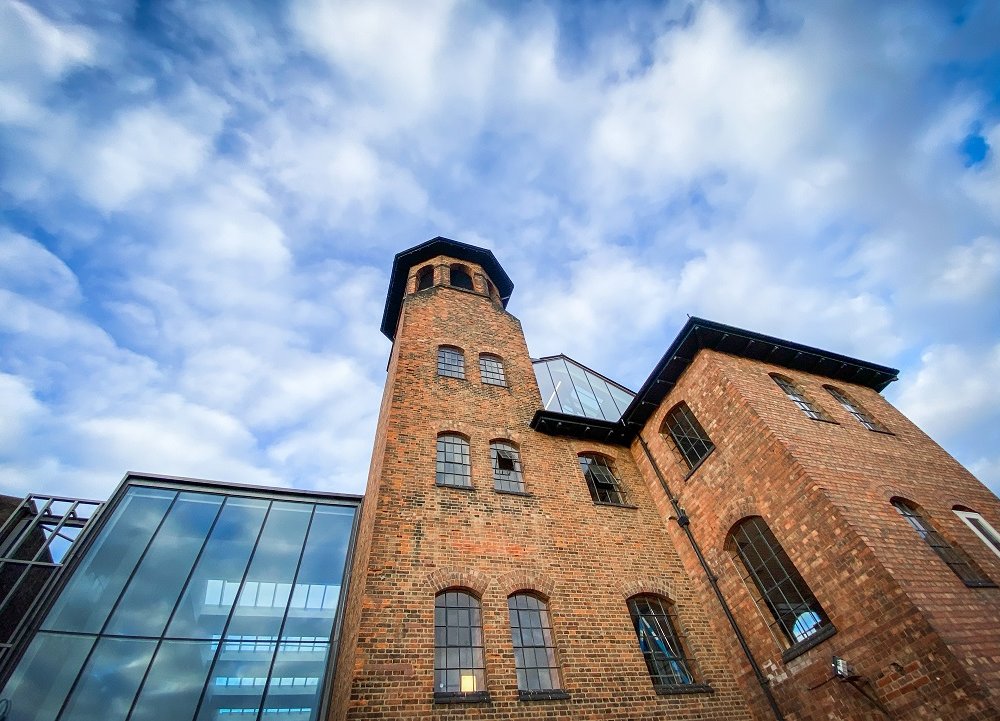 Belying its name and the focus of much of its gallery space, the Museum of Making is not just about the creation of physical items.

Its launch is already making a difference to the local community, making memories for visitors set free after a year of lockdowns, making creatives believe they can turn a passion into a way of life.

Perhaps most markedly of all, however, the newest addition to Derby’s tourist map is powerfully making the case that the heritage sector can modernise and diversify its offer in any way it wants.