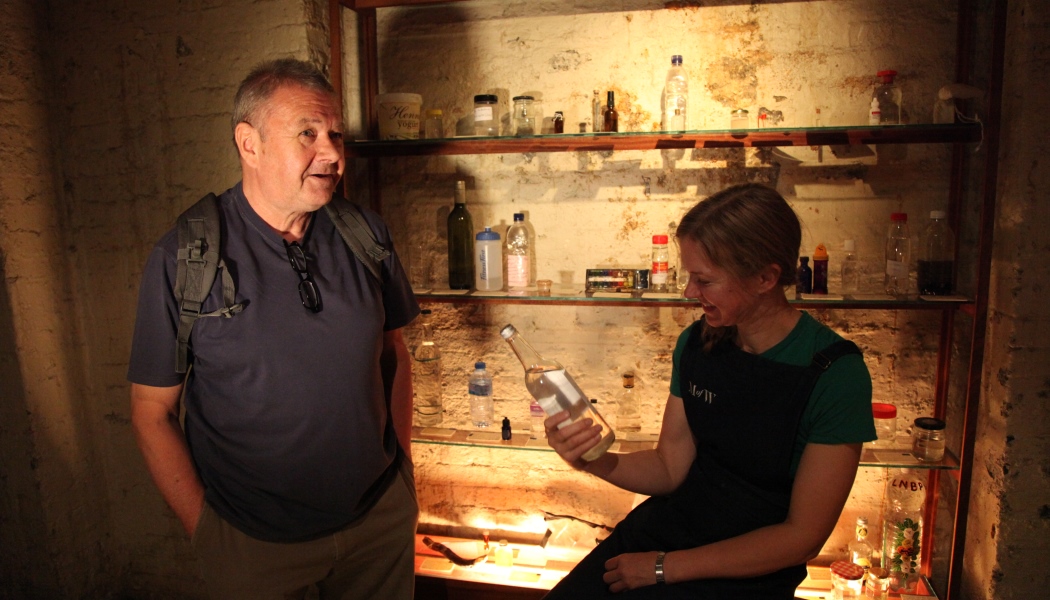 In 1854 physician John Snow made a landmark discovery when he identified a link between cholera and the water supply from a pump on Broad Street in London’s Soho district. He did this by talking to local residents about where they got their water from and made the connection between the infection and the water from the shared pump they used.

Such was the magnitude of Snow’s discovery, he is referred to as the father of epidemiology, that in March last year the London School of Hygiene and Tropical Medicine decided to mark the bi-centennial of his birth by commissioning a piece of art. They called in award-winning live artist, sculptor and film-maker Amy Sharrocks who decided to echo Snow’s journey by creating a Museum of Water that would become a large collection of publicly donated water with accompanying stories.

“The stories are what I absolutely love about the museum,” says Sharrocks who has been supported along the way by Artsadmin. “I invite people to have another look and ponder this precious liquid and how we use it. I want to know how they feel about it. I have been making things about people and water for the past 10 years as a way to understand our relationship with water.”

Sharrocks’ work includes Swim (2007) where 50 people swam from Tooting Bec Lido to Hampstead Heath Ponds, London is a River City (2009) leading guided walks that traced seven of London’s buried river and is planning Swim the Thames where 100 people are set to swim underneath Tower Bridge in 2015. 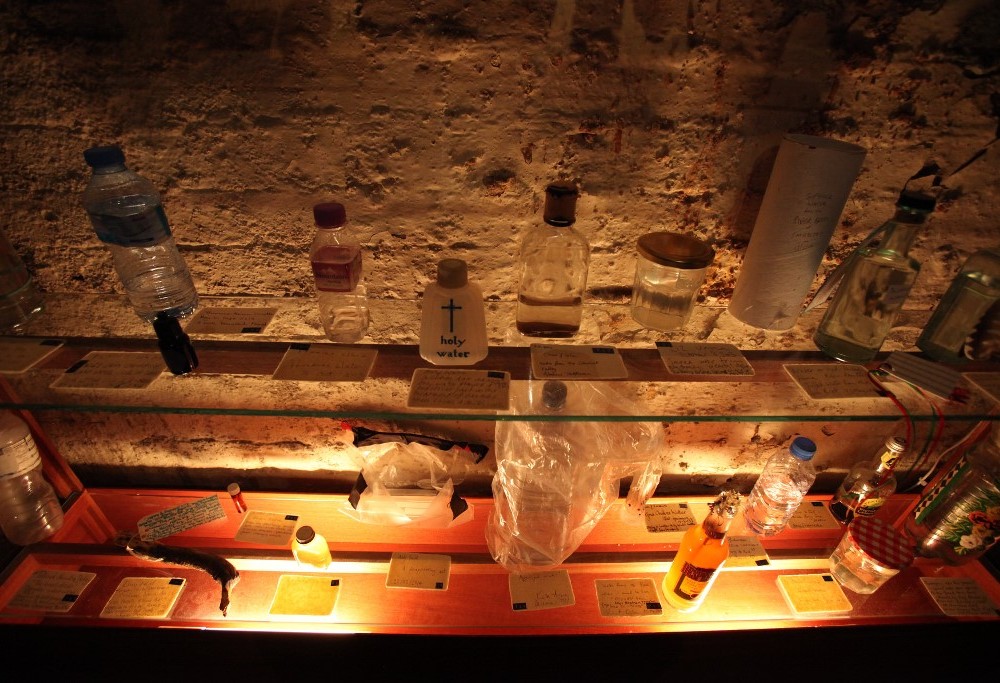 From holy water, to canal and river water, the collection reveals the extent of our relationship to water. Photograph by Ruth Corney.

“I wanted to mirror John Snow and what he did,” she says. “He was the Sherlock Holmes of medicine and mapped cholera deaths and produced maps that were not concentric. There is this sense of pounding the streets, a sense of mapping how we use water today and how it affects our lives and how we affect its life.”

Fittingly the Museum of Water was launched on what would have been Snow’s 200th birthday at the Memorial Broad Street Pump.

Since then the museum has welcomed thousands of donors and also has a special section called ‘what I would have brought’. It has held events, talks and donation days in London and around the country and has also linked up with festivals including Undercurrent Festival in Shoreham-by-Sea and the Festival of Thrift in Darlington as well as a sojourn to Denmark for the Vadehavs Festival. 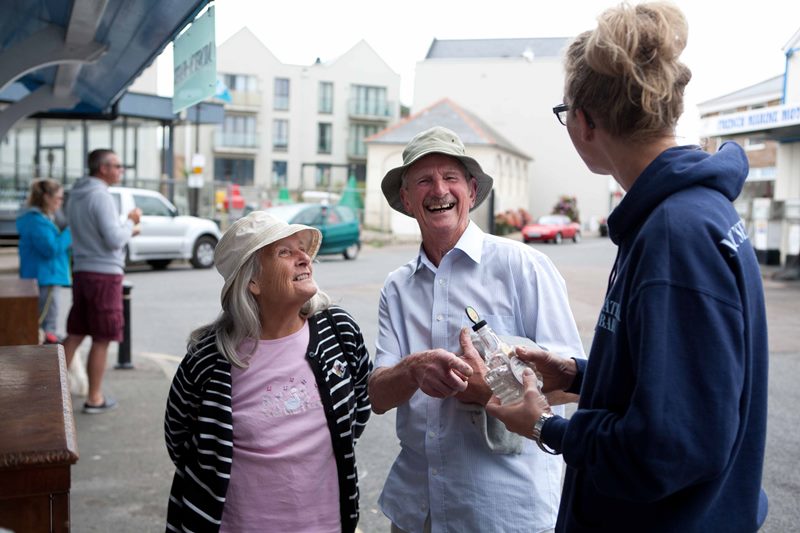 The museum now has a total of 579 various sized bottles containing all kinds of water from the mundane tap water to trumpet spit brought in by proud parents whose son had performed at the Barbican and urine from a lady with one kidney.

“At Somerset House a lady came in with water from Hampton Court Lido because she had been fighting for ten years to keep it open,” she says. “It’s been a fantastic experience. I had the idea but I couldn’t have envisioned the extraordinary things they have brought me. They haven’t all gone to extra lengths but some have, for example, a lady went back to Snowden to get water from a lake she had once stayed at. But it was more the everyday things – one family brought in toothpaste spit from the whole family, so it’s a combination of the ordinary and extraordinary sitting on the shelf together and the conversation they make.”

Among the river water, snowball water and rainwater, however, was one stand out donation from the British Antarctic Survey. They handed over three bottles of water from 129,000 years ago, apparently the warmest part of the last warm period in earth’s history, and an ice core (a cylinder of ice drilled out of an ice sheet or glacier) dated between 1814-17.

“This is incredible endeavour: to go to Antarctica to drill down and then bring ice cores from a time when the earth was going through extraordinary volcanic eruptions,” says Sharrocks.

The year 1816 was known in the northern hemisphere as the Year without a Summer, or the poverty year because of the severe climate irregularities caused by volcanic eruptions, most notably the 1815 eruption of Mount Tambora in today’s Indonesia, which was the largest in 1,300 years.

Sharrocks says that throughout the museum’s life there has also been a sense of connection to taps, pipes and community. 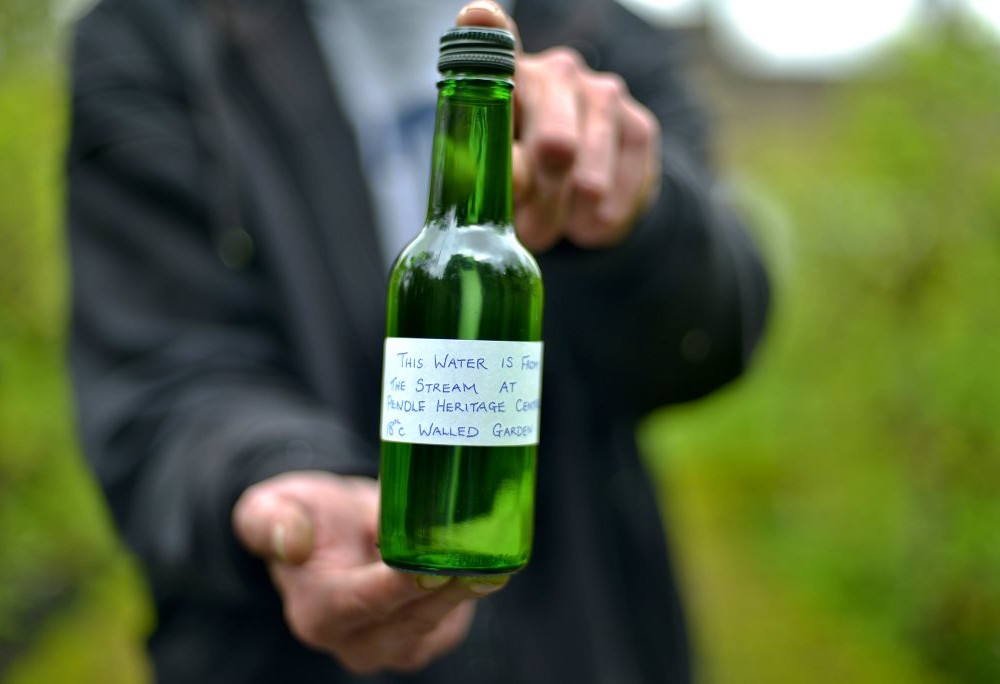 “I remember a 25-year-old man who had just bought his first flat on the Old Kent Road and gave the museum some tap water. It was about how he was staking a claim to a new life – becoming a man – it was his space, his bit of London,” she says.

“Another couple had a similar idea, they had just started sharing their first place together and brought ‘a taste of home’.”

Last weekend the Museum of water made its way to Birmingham to join up with Fierce Festival where the museum was set up in the individual bath cubicles at the magnificent Edwardian Moseley Road Baths, which is earmarked for closure in September 2015 by the local council. 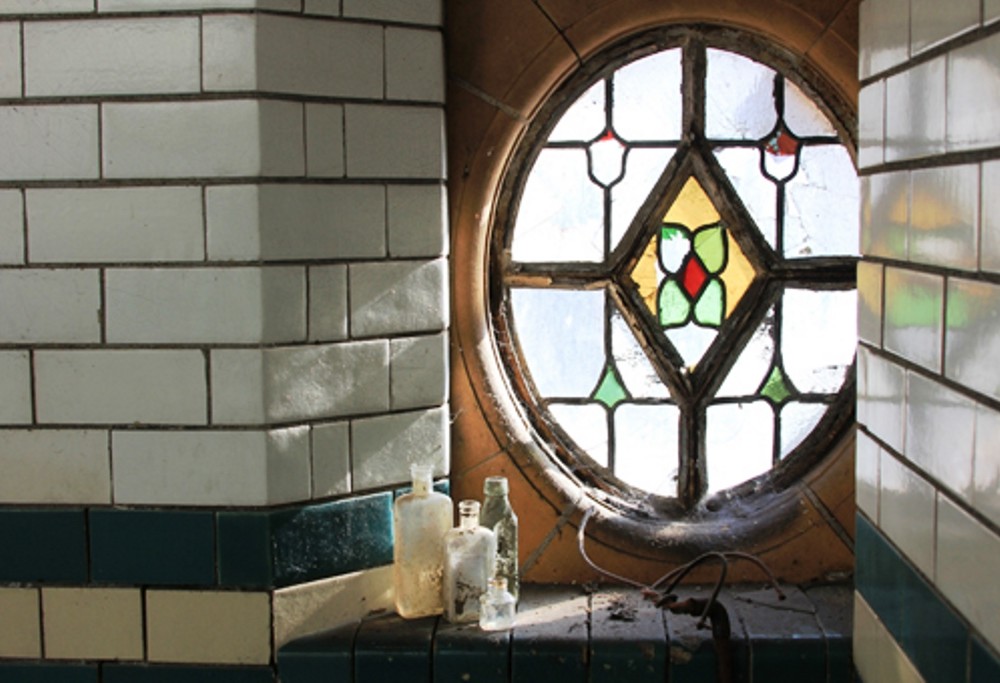 Moseley Road Baths in Birmingham hosted a Museum of Water

“I loved it being in the baths hearing what it was like just 10 years ago,” says Sharrocks. “You can imagine the extraordinary atmosphere. On the Friday I was talking to all the kids who had been swimming and it really felt open. The museum was in a part of the building that used to be a public baths just a generation ago, and some of the bath tubs are still there. We have now totally stopped that aspect of a social community outing or family outing. That was all coming through in the conversations I was having with all the people at the bath, the sense of it as a social event.”

It is this aspect of public and community engagement that has resonated as the Museum of Water has set up home in the towns and cities of the UK and Europe and is something that Sharrocks is passionate about. “I am interested in all conversations and not just art galleries,” she says. People will say ‘I don’t know anything about art and at school I was rubbish’. I have a different view – I might come up with the idea but they finish it off so it’s a dual creation and actually it’s that sense of everybody being an artist. This museum would have been paltry if people hadn’t brought things or opened up to me – it is very wonderful to see.”

The Museum of Water’s last scheduled stop will be at Cambridge’s Grand Arcade shopping centre during the first weekend of November as Part of Curating Cambridge, a five-week festival, and in collaboration with Cambridge Junction.

“The museum will be in a shopping centre where the focus is on consumerism and setting out your stall but for that weekend you have to bring something in.”

Sharrocks says there are many exciting possibilities following Cambridge, both in the UK and abroad, that keep coming up for 2015 and beyond.

“I wouldn’t want to mention just one big show, because actually touring the piece in many large and small ways is a fantastic experience for me,” she says. But this new phase is just as incredible, giving me the chance to explore the water experience of Europe, and further afield, and to travel all around England and to see how we and our landscape are shaped by it.”

Taking in the topography of the British Isles has been another important aspect for Sharrocks adventure, especially in a time of climate change, which was a hot topic in February when the south west was pummelled by floods.

As well as this she has learnt a lot about the different way we use water and how these uses have changed through time.

In Snow’s day it was quite common for communities to share water from a street pump, which today would be inconceivable, and just a generation ago, in places like Moseley Road Baths, families would visit en masse for their weekly bath and today we think nothing of going to a shop and buying a bottle of water.

“It seems strange that we have a Cartoon Museum, a War Museum, a Pram Museum, hell we even have a Dog Collar Museum. But we are quite happy to exist without giving a second thought to a substance that is our most basic need and offers some of our greatest joys.”

But as she points out, hers is a live museum and its substance is slowly evaporating. “Each time I look at the bottles I notice a little bit has gone.”

Museum of Water keeps flowing to new destinations as a source of public engagement: Q&A with Amy Sharrocks