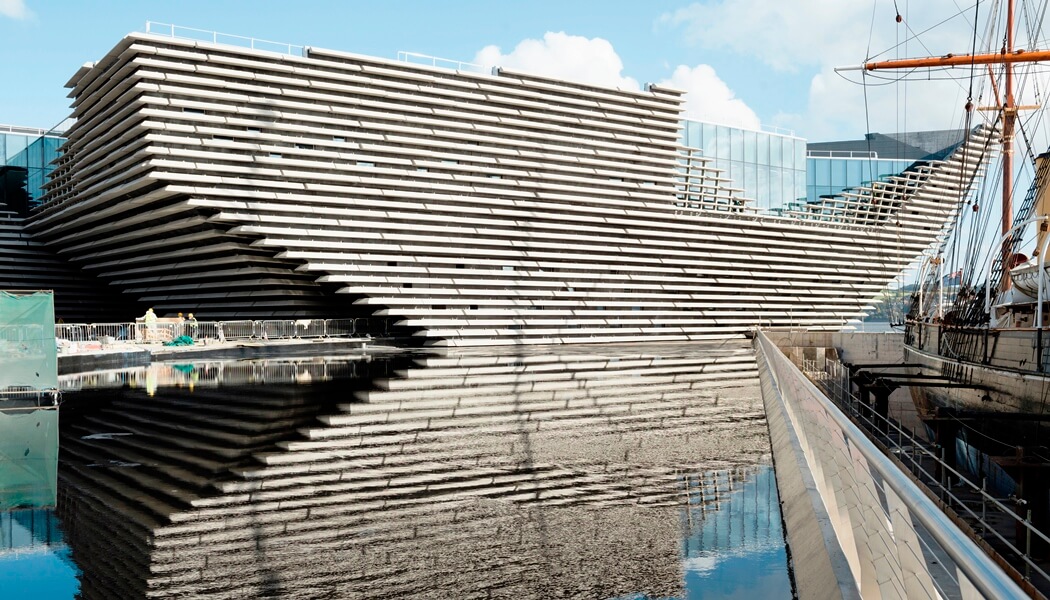 There’s a good mix of projects being launched and developed in 2018 with some entirely new museum openings that will display never before seen collections, new galleries and expansions that will better facilitate the work already done and provide improved learning spaces for visitors. As well as these there will be refurbishments and restorations of nationally important buildings that will provide access to the public for the first time and reinterpretation. Here’s M+H Advisor’s Top 10 Projects to look out for this year

The V&A Museum of Design Dundee is a new museum – the first design museum in Scotland and the first V&A museum outside of London – that will open in the summer of 2018 at a cost of £80m.

Designed by Japanese architect Kengo Kuma, the V&A Dundee has transformed the skyline of the River Tay and is situated next to Captain Scott’s Antarctic expedition ship RRS Discovery, which was itself designed and built in the city.

The opening marks ten years since the V&A Dundee museum was first considered. It was originally set to open in in 2014 but the project has had its trials along the way including the announcement in 2015 that the £45m price tag had almost doubled to £80m.

However, a lot of determination, not least by Dundee City Council has created, in the words of the museum:  “An international centre of design … where we present the brilliance of Scottish creativity and the best of design from around the world. It’s a place where people from every walk of life can find enjoyment and inspiration.” 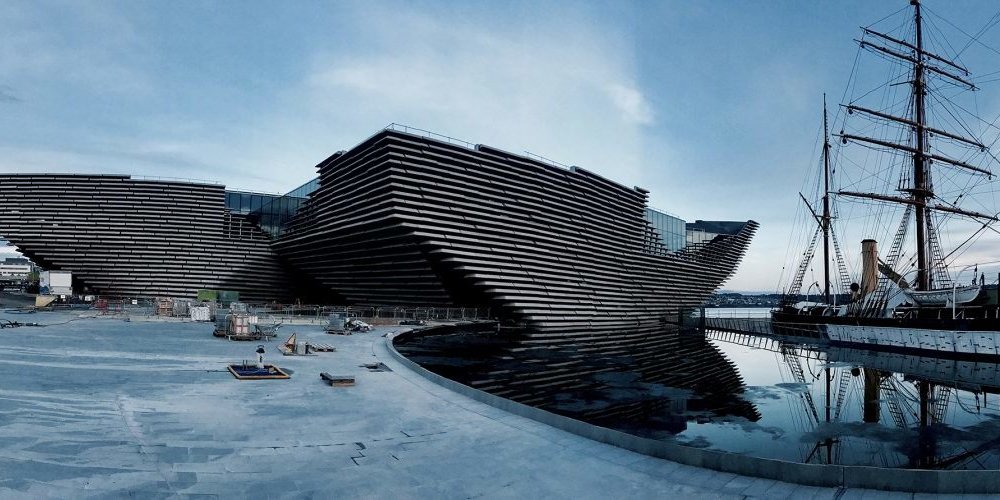 Being Brunel is a new £7.2m national museum and visitor experience that will open in March and chart the life and achievements of Isambard Kingdom Brunel in the setting of the Great Western dockyard next to his famous ship, the SS Great Britain.

A major feature of Being Brunel will be the authentically refurbished Grade II* listed Drawing Office, where Brunel and his team worked to create the SS Great Britain. 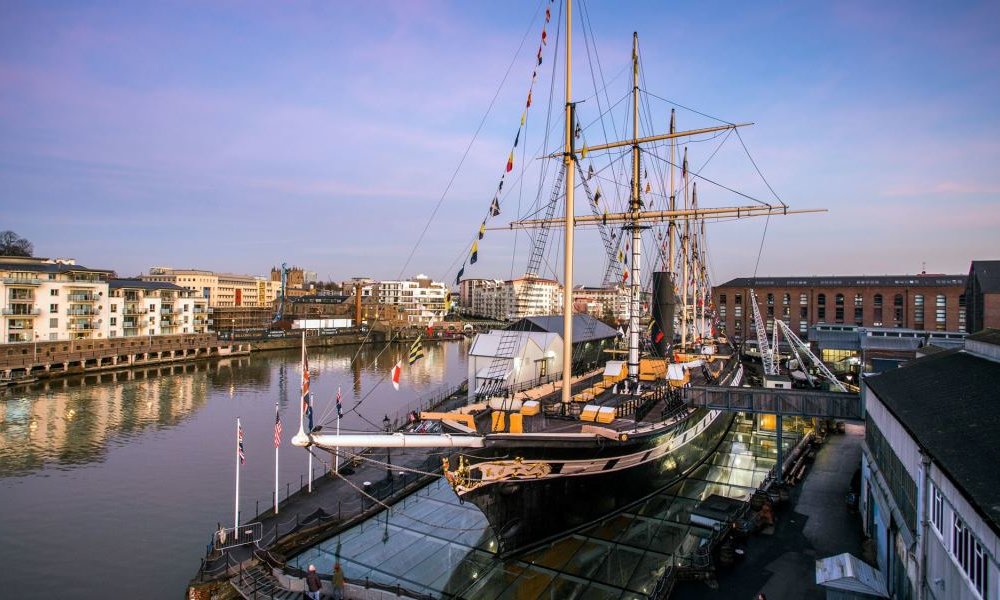 As part of the RAF Centenary this year the RAF Museum in London has upgraded its visitor facilities by providing a new entrance and visitor centre in its Hangar 1 building at the former Hendon Aerodrome, which will open in the spring.

The RAF Museum was established in 1968 as a legacy of the RAF’s 50th anniversary and opened its London site in Colindale in 1972 and the project aims to raise the profile of the airfield’s heritage as a Battle of Britain airbase.

The scheme marks the second phase of the RAF centenary programme and is being supported by a £4,595,600 grant from the Heritage Lottery Fund. The first phase saw the opening of the First World War in the Air exhibition in December 2014. 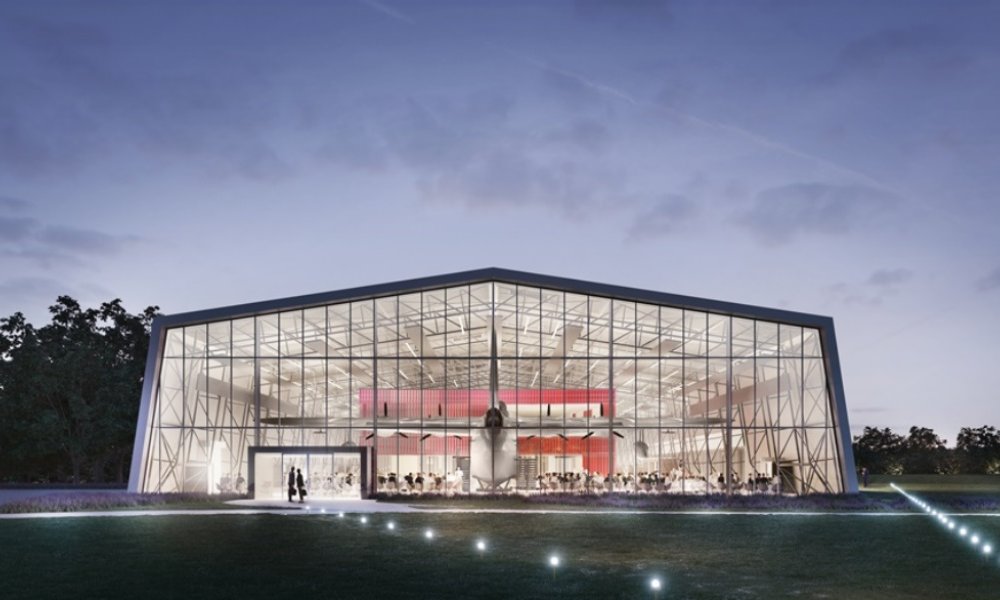 The RAF Museum London has been refurbishing its Hangar 1 to provide a new visitor centre and interpretation for visitors to mark the RAF's centenary this year and is set to open this spring. Image courtesy of Hayes Davidson

Responding to a M+H Advisor tweet in July announcing the plans to restore the Grade I listed Main Mill at Shrewsbury Flaxmill Maltings, Sir Peter Luff, chair of HLF, said: “This is the most important building of the modern age and it deserves to be much better known!”

The Flax Mill was built in 1797 and was the largest employer in Shrewsbury and the first cast-iron framed building in the world and forerunner to the modern skyscraper. The restoration of the main mill, to be completed at the end of the year, will open the way for work to create, for the first time, visitor interpretation explaining the history and use of the mills as well as activity spaces and a café.

The project has been made possible by a £20.7m HLF grant and is stage two in the regeneration of the site following the launch of a £2.3m visitor centre in November 2015 made possible by Historic England and the European Regional Development Fund. 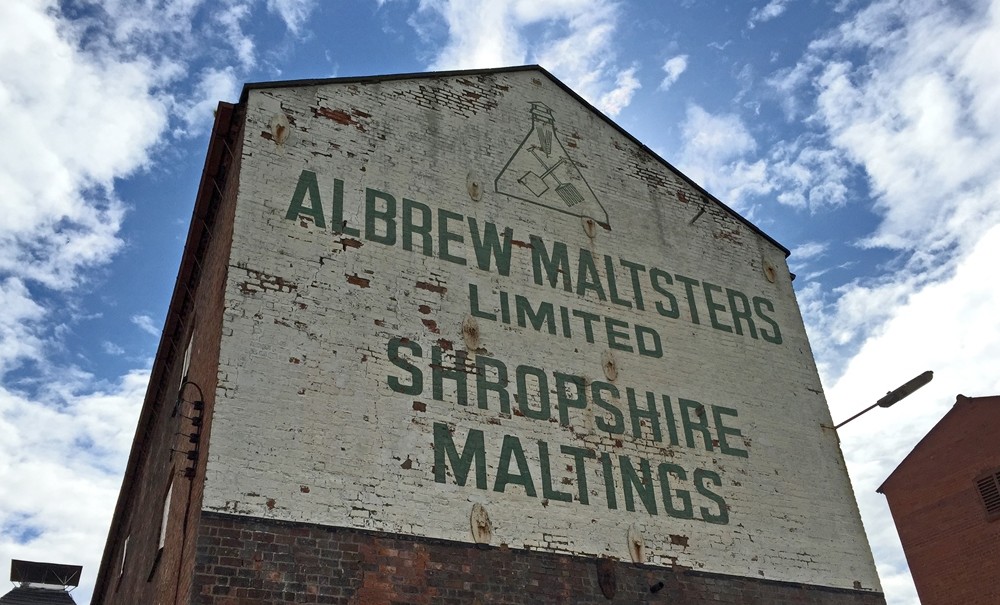 The Main Mill at Shrewsbury Flaxmill Maltings is being restored and is according to Sir Peter Luff 'the most important building of the modern age'. Copyright: Historic England

South London’s Horniman Museum and Gardens’ new World Gallery will celebrate what it means to be human. The museum says it will include more than 3,000 objects from around the world including works of art and fun things to touch, play with and smell.

The new £4.6m gallery occupies half of the Horniman’s existing building in Forest Hill and was realised with a £3.3m Heritage Lottery Fund grant and a crowdfunding campaign, which raised £25,957.

The 600-square-metre World Gallery will be ‘a place of inspiration for visitors of all ages and will promote tolerance, respect and empathy’. 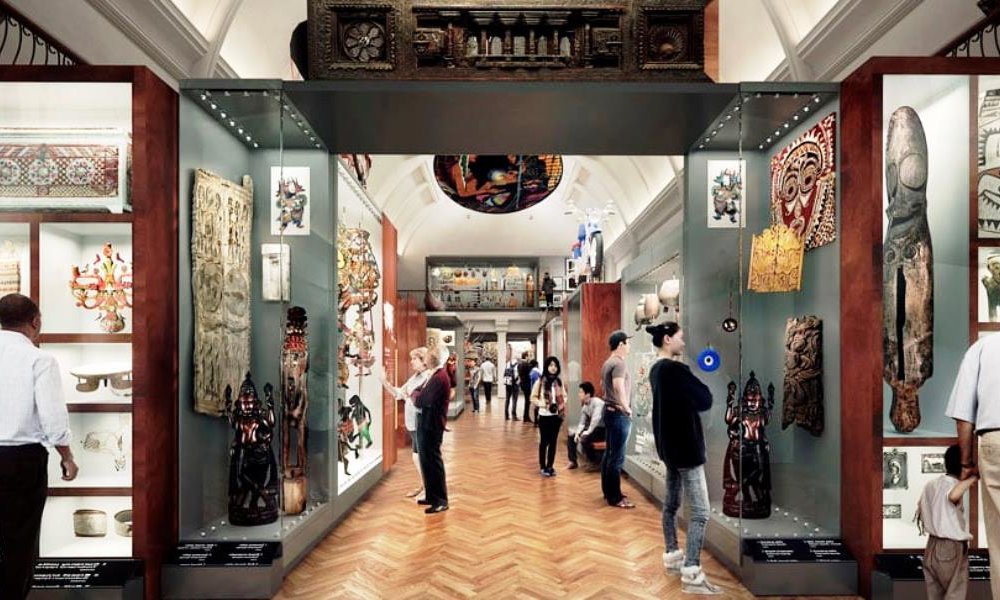 An artists impression of The Horniman's new World Gallery

This autumn the new V&A Photographic Centre will open as a purpose-built storage facility and a newly designed gallery and activity space to house the world’s single largest photographic collection.

Part of the V&A’s FuturePlan, the new photography centre is situated on the first floor of the historic North East Quarter of its South Kensington building and will allow the museum to display a far greater number and range of photographs, negatives, camera technology, books and archival items alongside its headline photography exhibitions and displays.

The V&A has been collecting photographs since 1856 and its collection now comprises of more than 500,000 images as well as 270,00 from the Royal Photographic Society collection, which it obtained to some objection from the National Media Museum in 2016, and which also contains 6,000 cameras and pieces of equipment associated with leading artists and photographic pioneers. 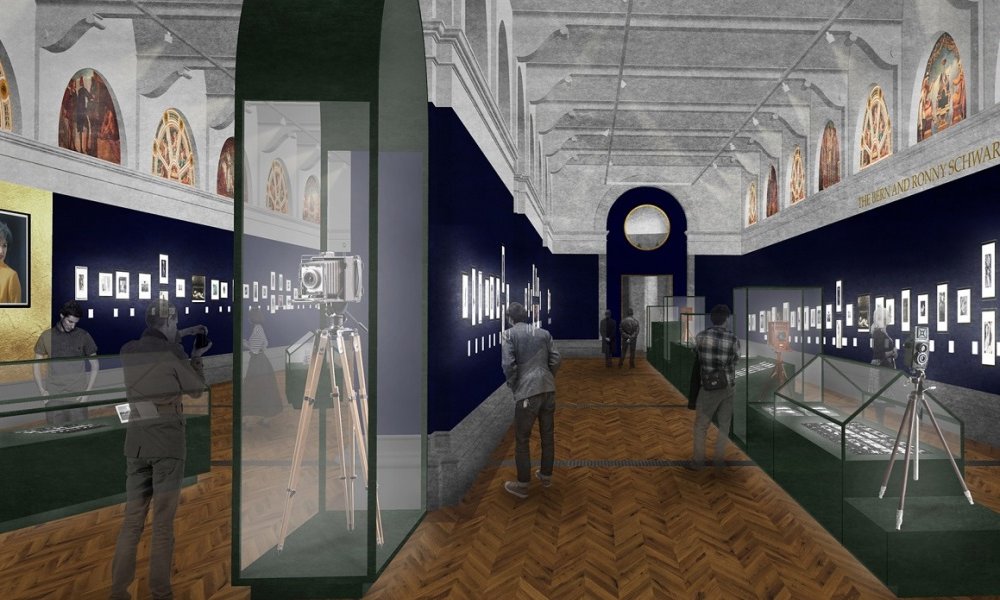 An artists impression of the V&A Photographic Centre. Courtesy of David Kohn Architects

Kettle’s Yard art gallery in Cambridge closed its doors on the 21 June 2015 and will reopen on 10 February with a new four floor Education Wing – including two new learning spaces and an archive and project space; two remodelled and environmentally controlled galleries; and a new welcome space and small café.

The gallery says the Looking Ahead project will transform its work with children, young people and community groups and allow it to curate exhibitions with major artists from around the world, display 20th and 21st century art in the best conditions, and have the facilities to enable more people to access Kettle’s Yard.

The project is designed by Jamie Fobert Architects, which recently completed the extension at Tate St Ives, and works by Khadija Saye, an emerging artist who died in the Grenfell Tower fire, are to be exhibited as part of the reopening. 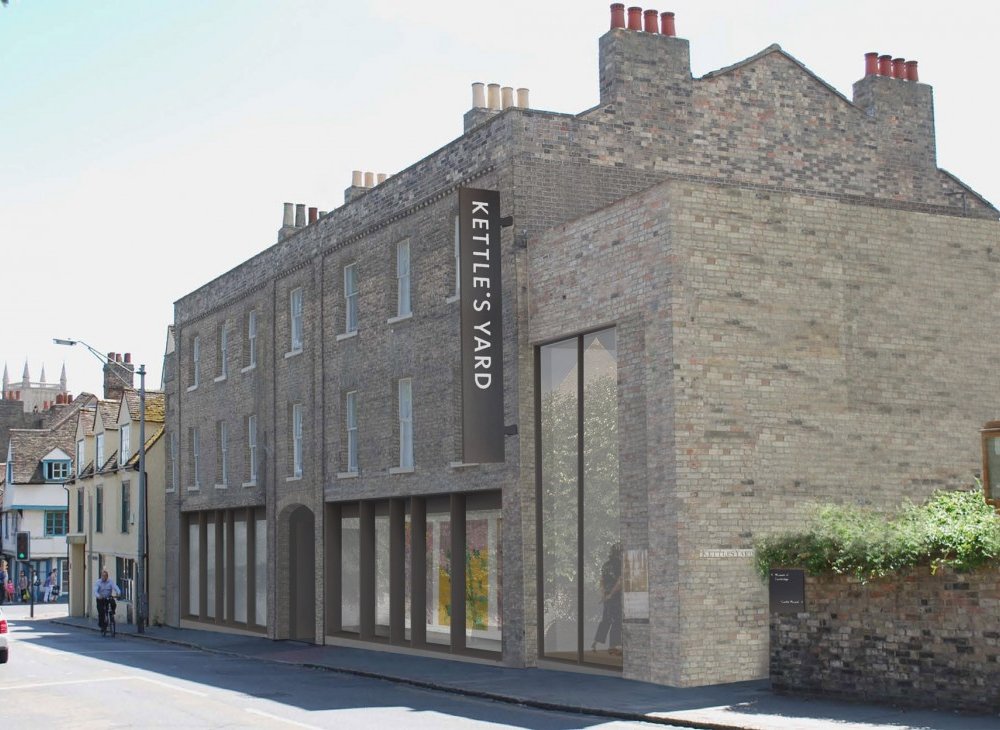 Kettle's Yard have been through a two-and-a-half year redevelopment that to refurbish existing buildings and create extensions that will further its potential to educate and interactive with its audience. Photograph courtesy of Jamie Fobert Architects

A £10m project to restore and preserve the Charles Rennie Mackintosh Willow Tea Rooms Building, in Sauchiehall Street, will be completed this summer.

A shop building next door at 215 Sauchiehall Street will also be transformed into an education and interpretative centre, directly linked to the Willow Tea Rooms at all levels. It will house an education and learning suite, audio visual suite, shop, museum and visitor centre.

All the works are scheduled to be completed for the City of Glasgow’s celebrations to mark the 150th anniversary of Mackintosh’s birth on 7 June 2018. 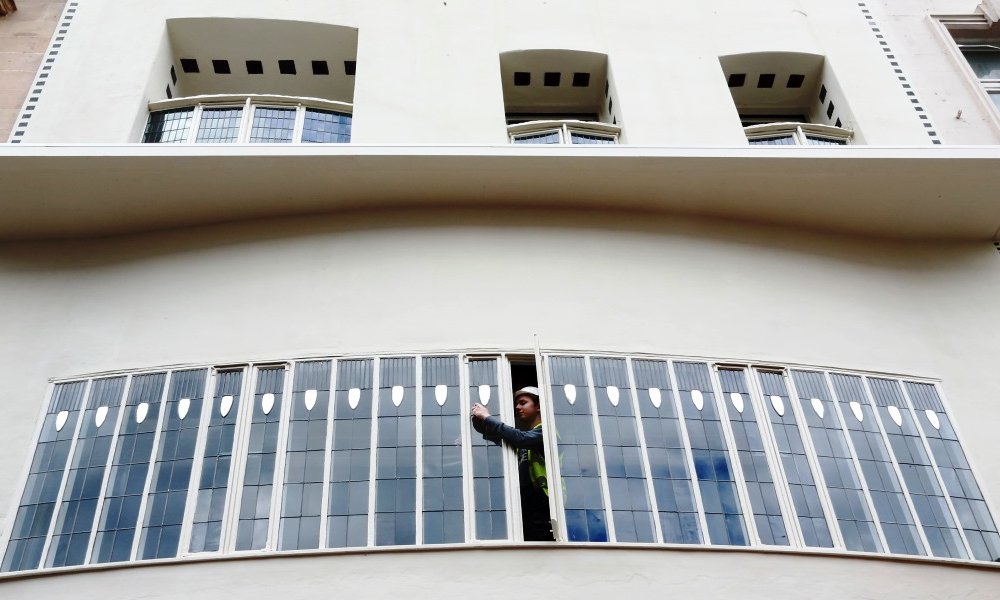 Bristol Old Vic, which celebrated its 250th anniversary in 2016, will complete a major £12.5m redevelopment project this summer to create an international heritage destination and business.

This project will create a heritage attraction and a mixed-use event space in the adjoining Cooper’s Hall, built in 1744, which has been used as the theatre’s foyer since the 1970s.

The redevelopment will conserve a wealth of theatrical heritage held at Bristol Archives and open up the history of the UK’s oldest working theatre to visitors. 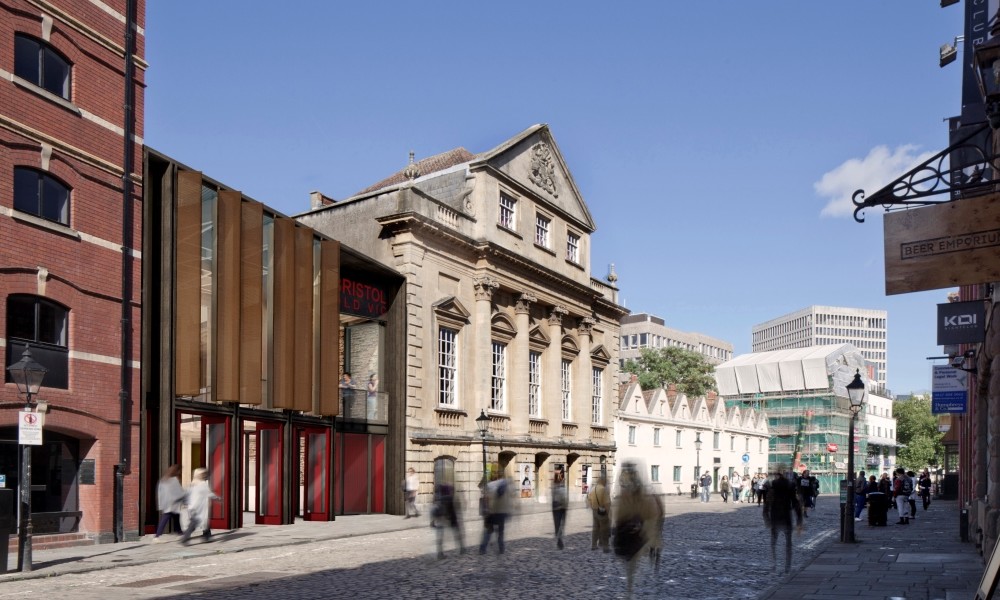 The Museum of Royal Worcester is undergoing a £1.7m refurbishment and will reopen in May. The museum’s collections dates back to 1751 when Royal Worcester was formed in 1751 (it closed in 2008) with more than 10,000 ceramic objects.

It has been given a grant of £1.4m from the Heritage Lottery Fund for the ‘Celebrating 250 years of innovations, industry and craftsmanship’ project, which will transform the museum’s offering from an impressive collection of china into a living history of the factory, the families that worked there, its social history and hundreds of years of porcelain production.

Hidden stories and exhibits from the archives will illustrate the skills, techniques and developments of the factory. 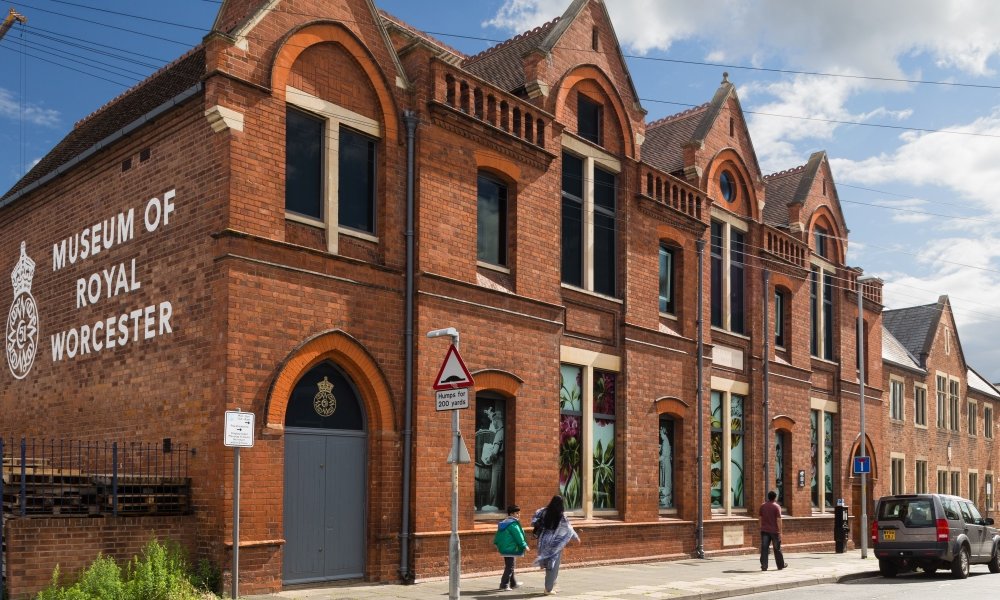