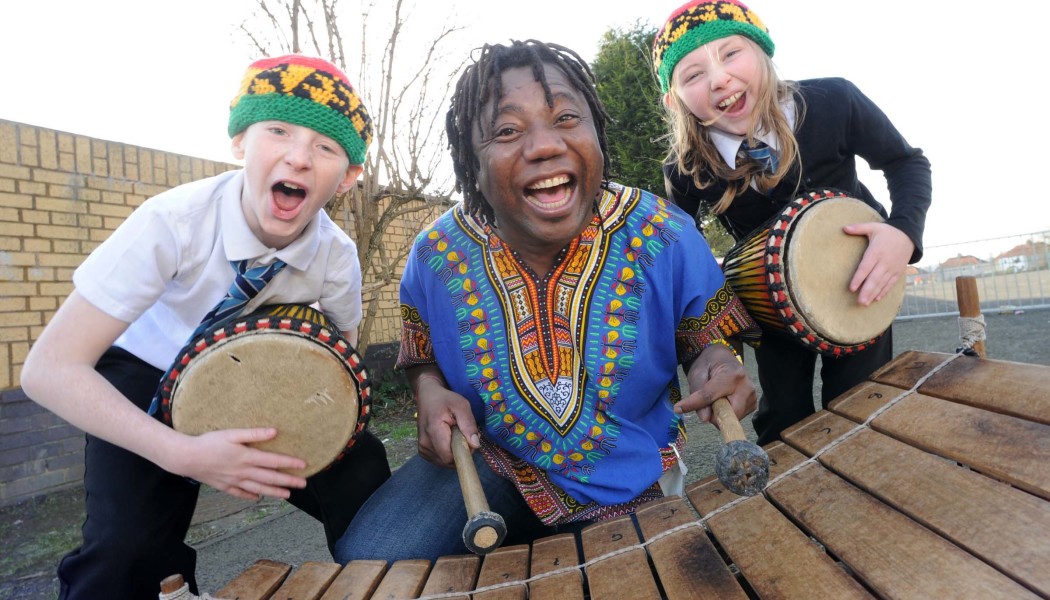 Museum2Go is a schools outreach project, designed to take learning beyond the confines of the museum environment and into to the wider community, reaching audiences that have previously not engaged with National Museums Scotland. We were invited to apply for funding for Museum2Go by The Robertson Trust who had generously funded part of our Learning Centre in the redeveloped National Museum of Scotland, which reopened in July 2011.

We worked with targeted partner schools in areas of socio-economic deprivation, within 30-90 minute drive time of the National Museum of Scotland. Pupils and teachers were involved in all stages of researching and developing the new handling resources (loan boxes) to be used by them, by other schools and nurseries in their local authority area and the wider community. We also wanted to ensure that family, friends and the wider community were aware of each stage of the project and that they, too, would feel part of Museum2Go.

What did we do?

Four new resources were developed in partnership with

The handling boxes cover these topics:

A Discovery Dome was created for ‘early years’ children that can be used indoors or outdoors for storytelling, object handling and other creative activities. The interior is decorated with small, felt pocket-panels with a design based on the children’s own drawings. Each pocket contains a real museum handling object chosen by the children.

A fifth loan box – Fascinating Mummies – was developed by museum staff in consultation with teachers, containing real and replica Ancient Egyptian objects for loan to schools across Scotland, by working in partnership with local museum services.

How did we do it?

Funding from The Robertson Trust, over three financial years, enabled us to appoint a part-time Project Officer, Conor Hull, to work directly with pupils and teachers to develop Museum2Go.

Conor was supported by a member of the Learning & Programmes Community Engagement team, Jane Miller, who worked directly with the nursery schools to deliver the Discovery Dome.

Together they delivered a series of workshops at our partner schools, eg Create Your Own Exhibition introducing teachers and pupils to the key stages in designing, planning and setting up an exhibition, using the Museum’s handling objects as inspiration. 83 pupils and six primary school teachers took part. Handling sessions were run with two early years groups to introduce, discuss and develop the Discovery Dome concept and give children an opportunity to handle real museum artefacts.

“It helped us learn a bit more because we were taking the objects and looking at them really closely.” Pupil Knightsridge Primary.

“Fantastic – knew it would be good, but the pupils engaged fully, over and above what we anticipated.” Catriona Johnstone, P5/6 teacher Methilhill Primary.

Class-based workshops were run by teachers, giving pupils time to compile research. Our Project Officer then followed up with visits to the groups to discuss resource materials and activities. For the Early Years groups, there were workshops with an artist to discuss and model dome structures, investigate and make felt; and sessions to choose the objects for the felt pockets.

Thanks to Robertson Trust funding, we were able to bring each participating school class to the National Museum of Scotland to explore in more depth the collections and to meet other staff such ascurators.

The final element was creative content workshops. Park Primary School worked with Scottish Youth Dance to create a dance piece inspired by rainforest animals, while Methilhill Primary School learned drumming with Chief Suleman Cheme, of African Arts For Scotland. Knightsridge Primary School developed their own performance piece themed around The Carnival of the Animals and The Circle of Life.

These sessions culminated in events at each school and nursery where the wider community of parents, family, friends and other classes in the school were invited for a day-long event showcasing their resources and performances.

In May 2012, we brought all three primary school classes and two early years groups together at the National Museum of Scotland for a community showcase event. Funding enabled us to arrange transport for families and friends to attend. The Showcase Event took over our Learning Centre and Auditorium, with a ‘market place’ where all five resources (including the Discovery Dome) were set up and staffed by the participating pupils. Presentations were made in the 200-seat auditorium, including performances by the pupils. The finale was a drumming and dance public performance in our Grand Gallery on Level 1 of the Museum.

This is best be expressed by the participants themselves:

“Not only did the project impact on the life of our school, it made a lasting impression on our parents. The rippling effect of its success is hard to measure.”

“We have pupils in our classes begging their parents to go back to the Museum. One girl organised a trip for her birthday treat. That kind of thing just doesn’t normally happen at our school, with these kids.”