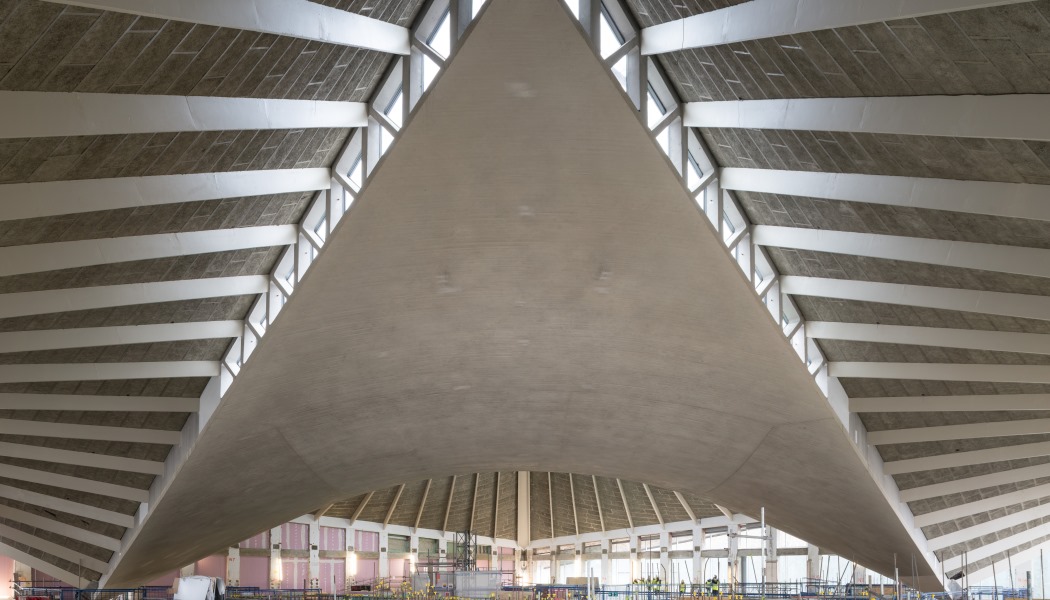 Museum projects that will make a difference in 2016

2016 will bring many exciting museum projects to fruition in the UK, from multi-million pound new builds, to restoration and conservation projects as well as technological innovations and transformations of existing buildings. Here’s M+H Advisor’s top 10 projects to look out for

The record-breaking locomotive has been painstakingly restored over the past decade and the result is set to be unveiled later this month. Following this the steam engine will be the focus of a series of exhibitions at the National Railway Museum, York and visible in action along various stretches of railway across the country.

Found to be the most popular train in the world in an international YouGov survey commissioned by the National Railway Museum in November, the Steam Engine is an important section of British and world railway history and heritage. 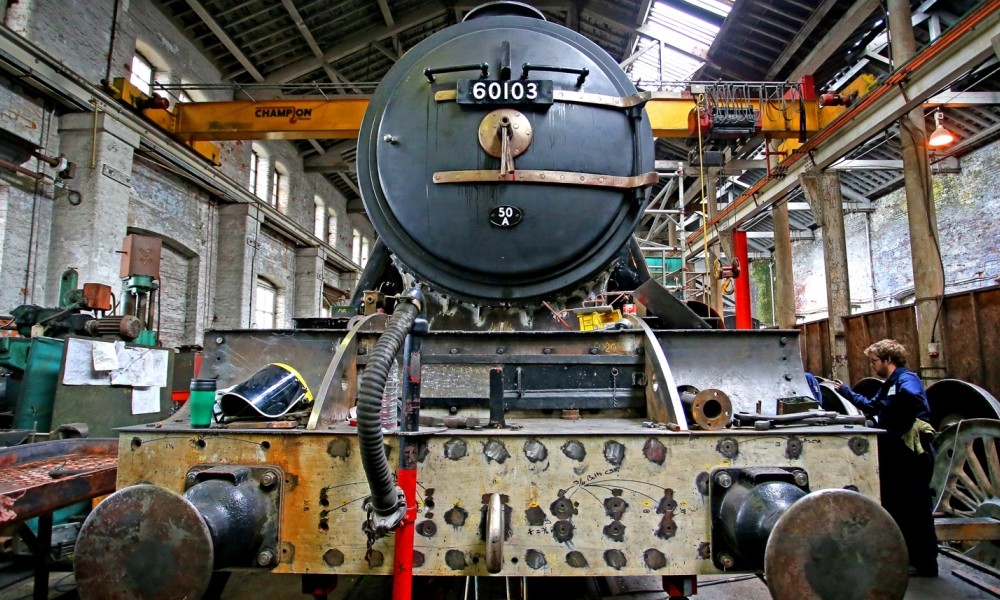 The new £260m Tate Modern will open to the public on Friday 17 June 2016. Created by world-leading architects Herzog & de Meuron, it will be an important new cultural building for the UK.

With 60 per cent more display space, the world’s most popular gallery of modern art will now feature more than 250 artists from around 50 countries. It will reveal how art has evolved from the studios and salons where modernism was born to the live, interactive and socially-engaged projects happening around the world today. 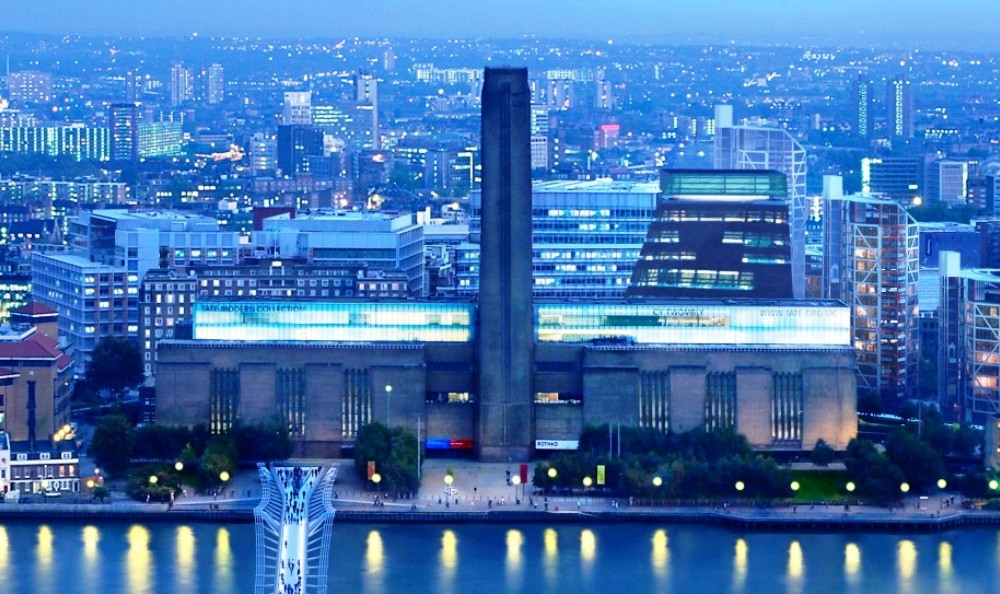 View from St Paul’s Cathedral at dusk with the new building rising to the right. Photograph © Hayes Davidson and Herzog & de Meuron

The Design Museum will close in June 2016 and later in the year will reveal a new museum in Kensington, currently being fitted out, with 10,000m of exhibition space.

The Design Museum Kensington will be the world’s leading museum of contemporary design and architecture, an international showcase for the many design skills at which Britain excels and a creative centre, promoting innovation and nurturing the next generation of design talent. 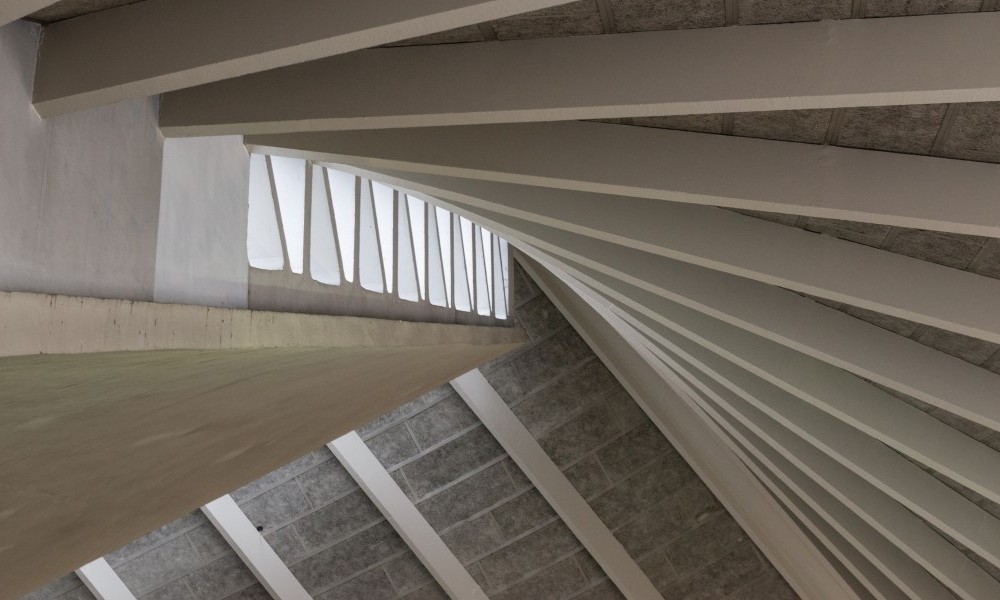 A new visitor experience will open in the summer that will allow for unobstructed views of the ship’s hull and a greater appreciation of a vessel whose maiden voyage was in 1511.

For the first time since she was raised from the Solent in 1982 visitors will also be able to share the same space as the Mary Rose, entering the upper deck through an air lock, allowing visitors to experience the full splendour and magnitude of the Mary Rose. 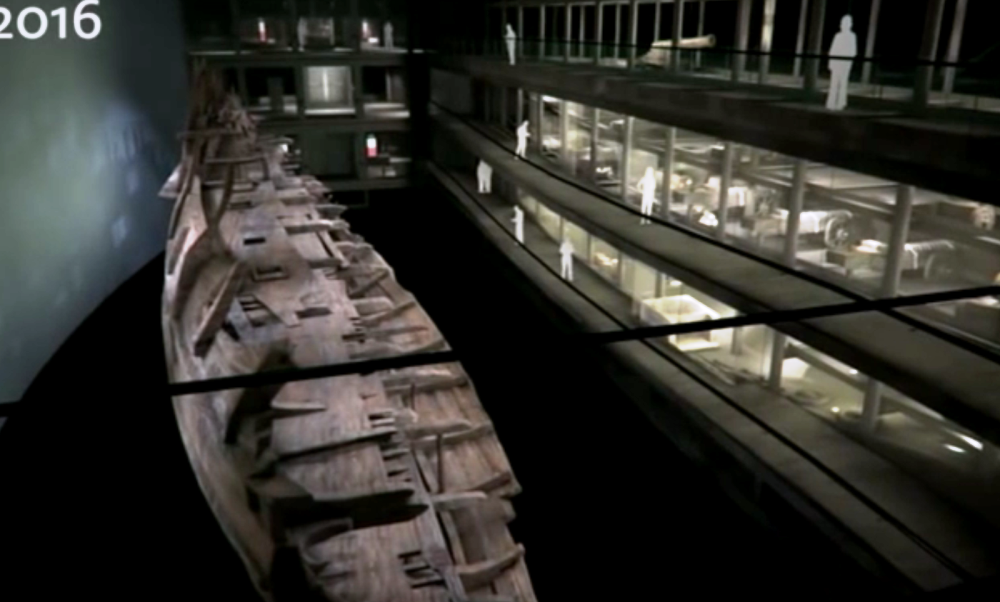 The National Museums of Scotland will open 10 new galleries in 2016. The innovative new galleries will explore the excitement and impact of scientific discovery and invention and the creativity of applied arts, fashion and design.

They will champion excellence and innovation – an inspiration for the scientists, engineers, artists and designers of today and tomorrow. Showcasing over 3,500 objects, display space for these exhibits will increase by over 40 per cent, with three-quarters of them not having previously been on permanent display for generations. 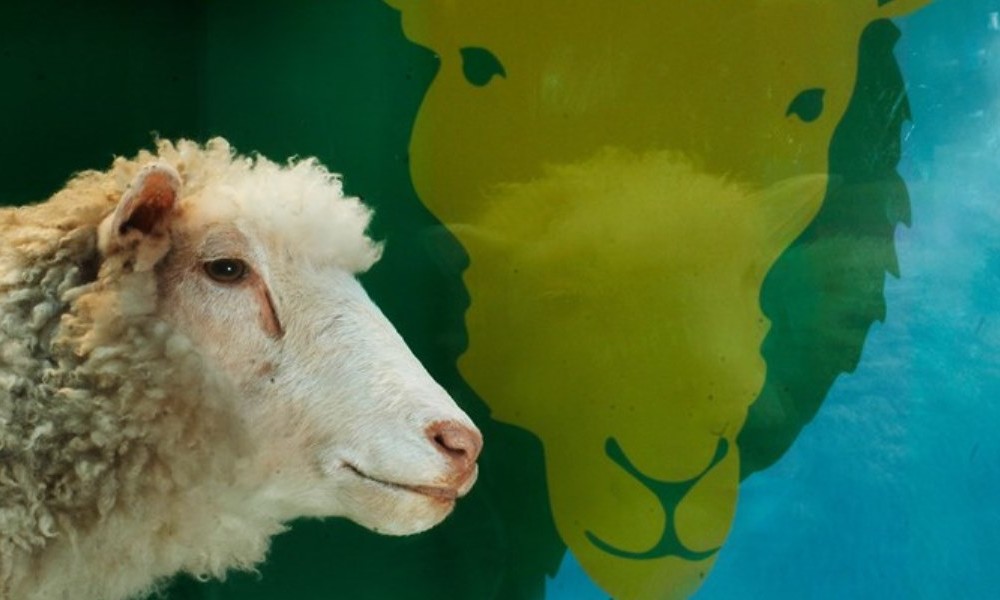 The new science and technology galleries will include the science of genetics, where Dolly the sheep (pictured) will be a focal point

The Lost Palace, which was featured in M+H Advisor’s In Focus feature on Technology in December,  is a pioneering project which allows Historic Royal Palaces to tell the story of Whitehall Palace, once the largest palace in Europe, in a ‘history where it happened’ for the first time as part of its first major digital R&D project.

From 21 July visitors will be able to purchase a ticket from Banqueting House and pick up a new device that will enable them to explore the lost spaces and stories of Whitehall Palace. With the device they will encounter the characters that once inhabited these spaces while walking along Whitehall’s modern streets. It will turn today’s ‘Corridors of Power’ into playful spaces where history is performed and participated in. 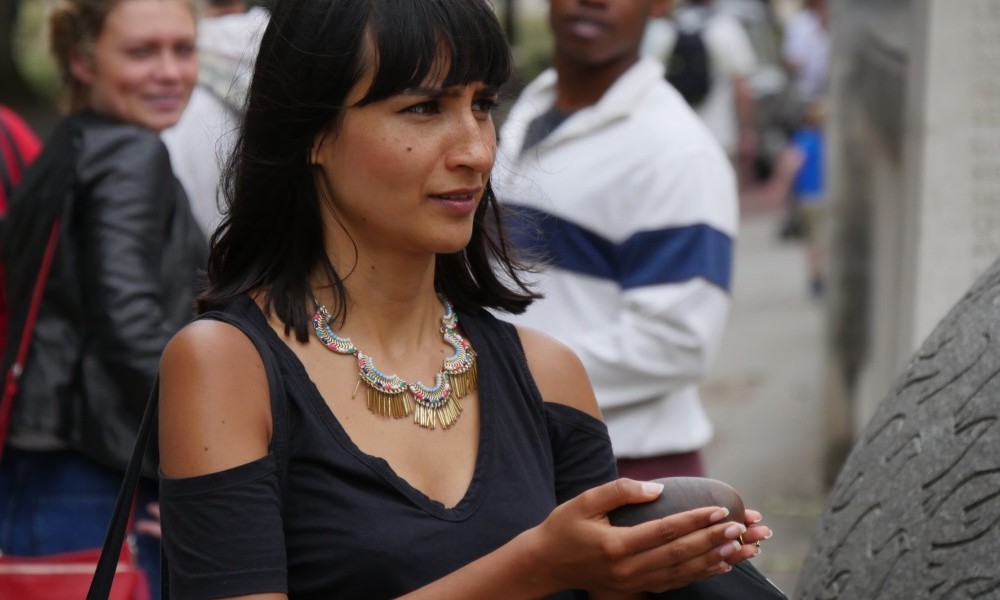 Testing technology for the new visitor attraction. The heart of a King by Chomko & Rosier: a carved wooden object which beats with a haptic human heartbeat

A £7.7m museum and visitor centre showcasing the long history of coinage in the UK, designed by Mather & Co, will be built at the site in Llantrisant in South Wales, where the Mint moved in the 1960s to meet the challenge of creating a new coinage when the UK went decimal.

The new centre will include aspects of The Royal Mint Museum’s collection at its headquarters in Llantrisant and can also draw on coins in its display at the Tower of London, where it was based for more than 500 years, which has examples of silver coins struck in London in 880 AD for Alfred the Great. 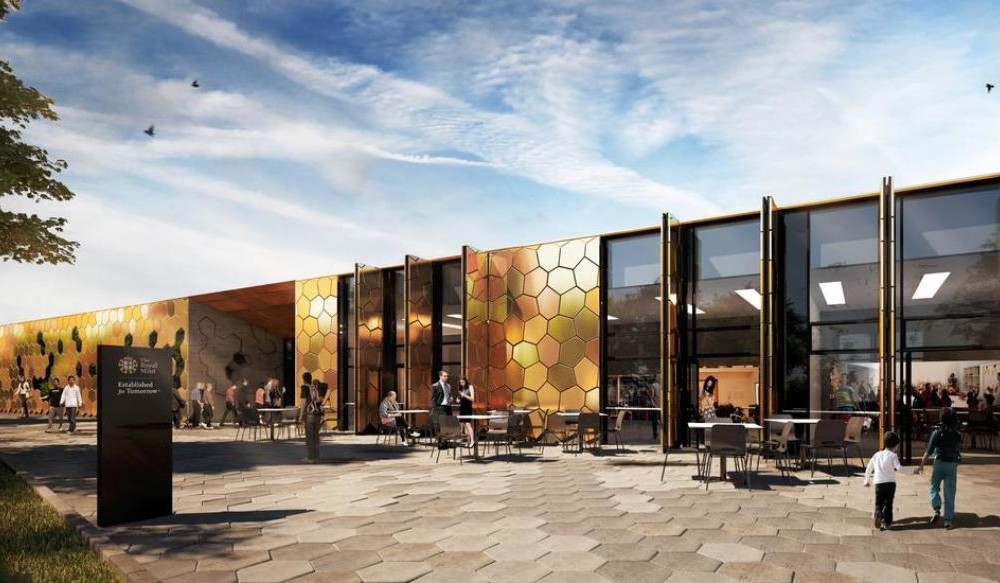 Restoration of Battle Abbey and Battlefield

Visitors next summer to the Battle of Hastings battlefield will – for the first time – be able to get a bird’s-eye-view of the landscape on which the most famous battle on English soil was fought, English Heritage announced today. As part of its re-presentation of the 1066 site, English Heritage will open up the roof of the Great Gatehouse of William the Conqueror’s abbey – founded where King Harold died – giving visitors a whole new perspective on arguably the most important battle in English history. 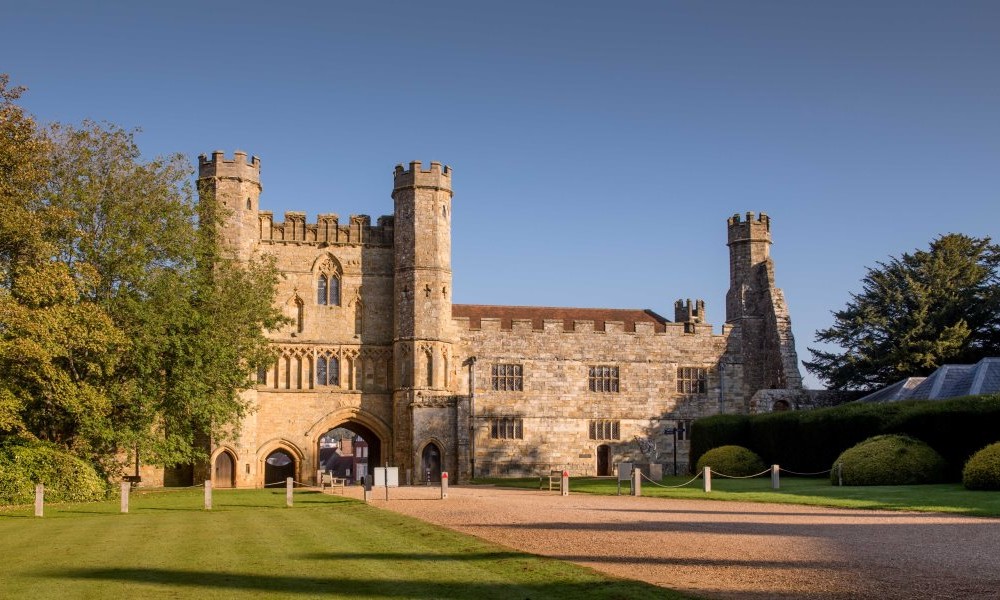 The Great Gatehouse at Battle Abbey, East Sussex, which will be the focal point of the 950th anniversary of the Battle of Hastings in 2016

A major project to transform the historic Kelvin Hall building into a new centre of cultural excellence providing collections’ storage, teaching and research will open in stages from this summer.

Redevelopments will include safe, secure and publicly accessible museum storage being created for the internationally-important Hunterian and Glasgow Museum collections with approximately 1.5million objects, currently stored in various locations around the city, being relocated to the new facility. 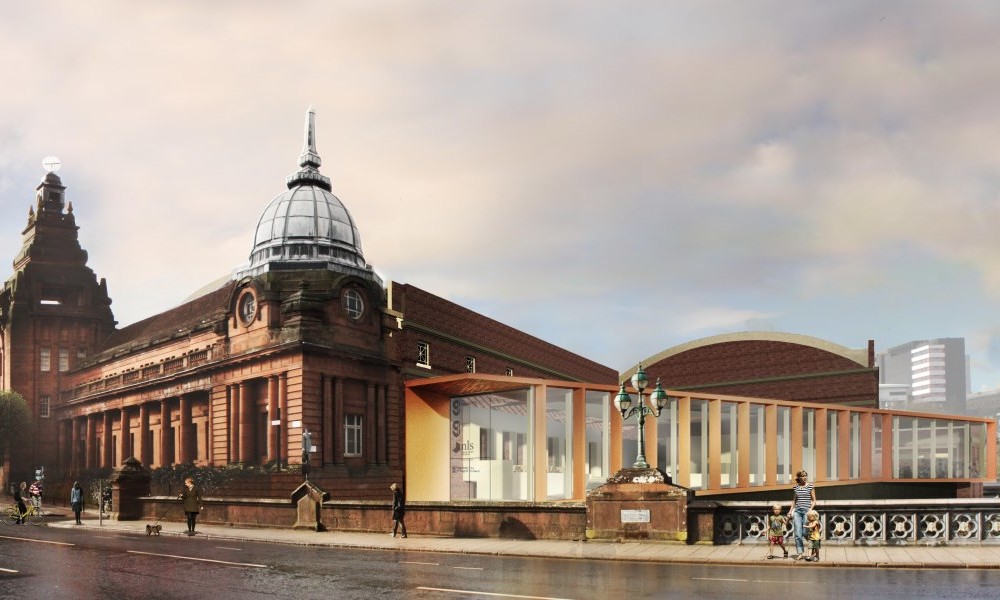 The Monastery to Museum project is a £4.5m scheme to conserve and create a new museum complex on the site of a ruined 12th century monastery in Cheshire and set to open in August.

Visitors entering the new museum will step into a spacious atrium which will allow a full view of the façade of the medieval undercroft. There wil be much improved visitor experience compared to what was previously there, ensuring a much clearer interpretation of the visitor approach to the site, which will be more open and much more accessible. 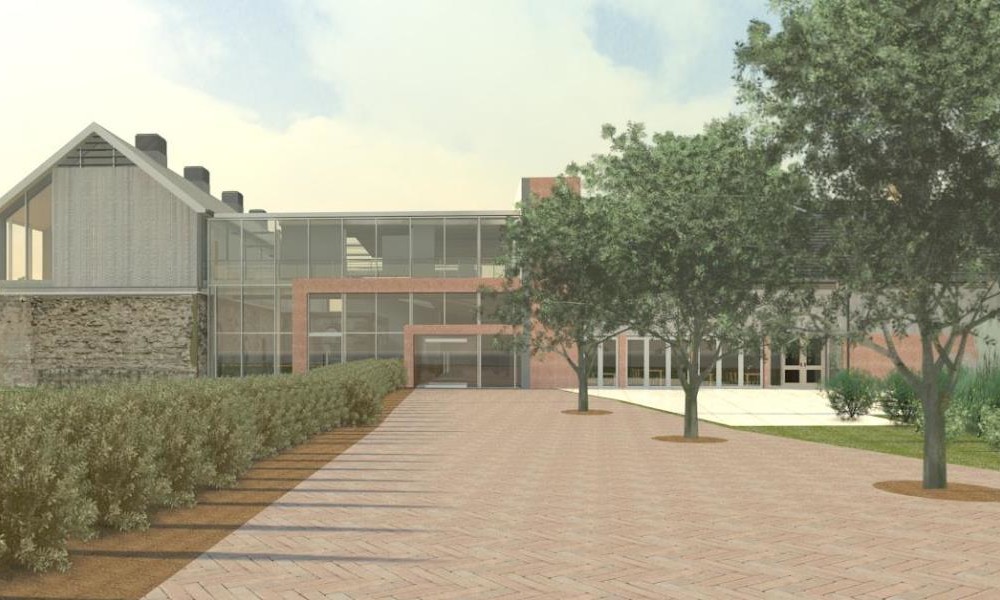 The interior of the new Design Museum at the former Commonwealth Institute building in Holland Park, Kensington