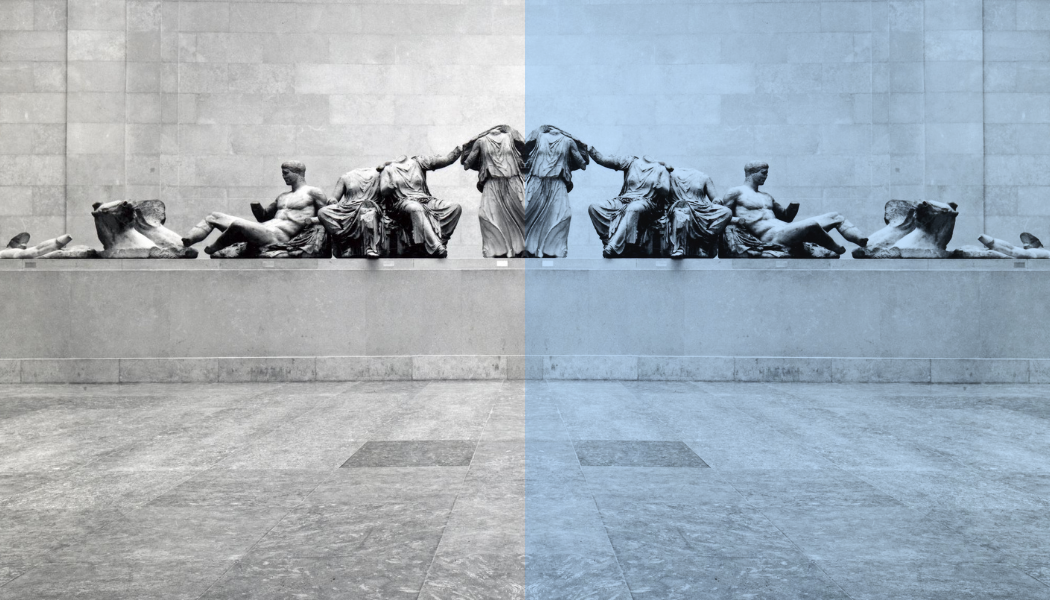 Could LIDAR scanning and stone-carving robots provide The British Museum with a set of marbles identical to the original – and what does this mean for the value of an ‘original’ object?

A solution to the debate about the rightful home of the Parthenon marbles – one which suits both Britain and Greece – is on the table for The British Museum. That’s the view of Roger Michel, Founder & Executive Director of Oxford-based organisation The Institute for Digital Archaeology (IDA).

In short, the proposition is the construction of near-perfect replicas. The process, he explains to Advisor, makes the most of relatively new technology. 3D scanning devices, known as LIDAR scanners, can be used to create 3D virtual models of the marbles. Those 3D models could then be fed to stone-carving robots, which could replicate the marbles in the same stone as the originals.

With The British Museum in possession of the replicas, the original marbles could be returned to Greece.

The proposition isn’t hypothetical. The techniques have already been used as part of a project by the IDA before. A replica of a Syrian monument, The Arch of Triumph, a two-millennia old structure destroyed by the Islamic State, was manifested by the IDA using these techniques.

The scale model was made from Egyptian marble using these stone-carving robots, only this previous project was based on photographs of the original arch.

Michel said the idea of a similar process for the Parthenon Marbles had been on his mind ever since the creation of the Arch, but a breakdown in communication between the IDA and The British Museum has resulted not only in the project failing to get off the ground but a looming legal dispute.

As reported by The Guardian, following a refusal from The British Museum to allow the IDA to scan the objects, it is planning an injunction against the museum. The British Museum, in response, told The Guardian that it was not possible to accommodate all requests for scanning, and it had previously facilitated visits for 3D scanning.

Advisor has contacted The British Museum for clarification on the dispute.

Undeterred, the team at IDA decided to go ahead with a LIDAR scan at The British Museum using handheld scanning equipment. As visitors, from the floor of the museum they scanned the statues in the hope that the resulting data would be good enough to create a proof-of-concept.

Michel told Advisor: “On the day we had a lovely encounter with the security staff. They asked why we were there, we explained and they were quite interested and enthusiastic,” he said.

But The British Museum said in a statement following the event that it was “deeply concerned to hear suggestions that unauthorised scanning took place in our galleries”. “Any such activity would be a breach of our visitor regulations.”

Michel claims the activity was within the guidelines. And, more immediately, the IDA is confident that the scans they conducted from the floor of the museum are “more than adequate to produce very very high-quality reconstructions,” though without access to the top and back edge of the stonework, certain areas would have to be “interpolated”.

Michel, an American lawyer, said “I’m neither Greek nor British so I don’t have a dog in this fight”, which might be true as far as his allegiance to a country.

But on the principle of the matter, and subsequent legal action, he said: “it’s very important that they allow access in an even-handed way.”

“The goal is not to produce a particular outcome, it’s mostly to understand better how these decisions get made, who’s making them, and holding the British Museum accountable for making the decisions in a fair and even-handed way.”

In his personal view, the marbles belong in Greece, but as an organisation the IDA is hoping to provide “a new wrinkle” on the age-old argument about repatriation. He is adamant that even if the IDA is not involved in the reconstruction, a trial reconstruction – carried out by the museum or third party – would still be a success.

More than a reconstruction

The IDA’s longer-term proposition goes beyond replicating the marbles in their current state. Michel said it would be possible to recreate sections of the Parthenon as they would have appeared in ancient Greece.

“What’s left of the Parthenon marbles, as displayed in The British Museum, bears very little relation to the objects as they left the workshop of Phidias [the marble’s sculptor]. They’ve lost a lot of material, they’re missing arms and legs and heads in some cases. 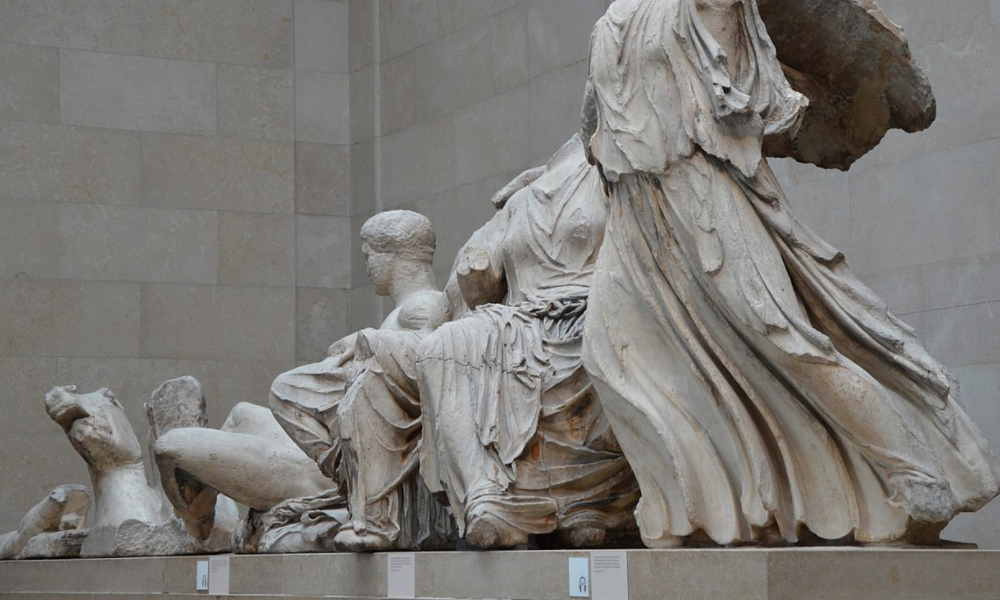 The Parthenon sculptures, an oblique view of the sculptures from the East Pediment, Acropolis, Athens, 438-432 BC, British Museum (CC BY-SA 2.0 Carole Raddat)

“All of the polychrome has gone from the surface, these things really don’t look anything like they did when they were created.”

“I’m hopeful that a well-done reconstruction will get the conversation moving in some of those directions”.

He claims that reconstructions would offer the chance to show some of the marbles with the original colours, including a range of skin tones.

“Some might argue [as the marbles are currently displayed] that they are misinforming people about the aesthetics of antiquity.”

The reconstructions, he said, would liberate The British Museum. “We’re taking our cue from the Greeks and we’d be happy to take our cues from The British Museum and Britain more generally as stakeholders. We want to see Britain happy and Greece happy.”

The ‘metaphysical’ element and ‘Disney-fication’

Asked if he thought that even a perfect reconstruction of the marbles might offer less of a draw to some visitors, Michel did concede that there was a “metaphysical quality” about seeing an original, though he argued that the “metaphysical quality is really separate and apart from what educative value these have”.

That “metaphysical” quality of an original means something to the country of origin, and a way for natives to “connect with their own history”, he said.

He compares it to the restored Rembrandt, slashed with a bread knife in 1975 and now “more reconstruction than it is original”. “Nobody was going to show a Rembrandt in that state and simply say it was part of the history of the object.”

There is an entirely separate conversation to be had about how the scanning and replication of precious objects – through LIDAR or otherwise – hints at a digital world in which organisations no longer have exclusivity over their objects.

Michel concedes that a fear that perfect replicas of treasured objects could lead to decontextualisation, “Disney-fication” or even, hypothetically, the recreation of an entire museum’s objects for a private attraction is a reasonable one.

But, he argues, people inclined to make high-quality copies of heritage objects – and the necessary skill and technology required to do so – are likely inclined to use them in a way that would be a credit rather than a detriment to institutions such as The British Museum.

He also argues that as new generations grow up with the technology and inclination to consider viewing objects virtually rather than in person, “being a big house that has a lot of physical objects in it” might not be the strongest offer.

And should the project’s legal hurdles be cleared, to those visitors who would care about the marbles being real, Michel said “hop in a car and drive to Athens!… You can see the real thing in context!”