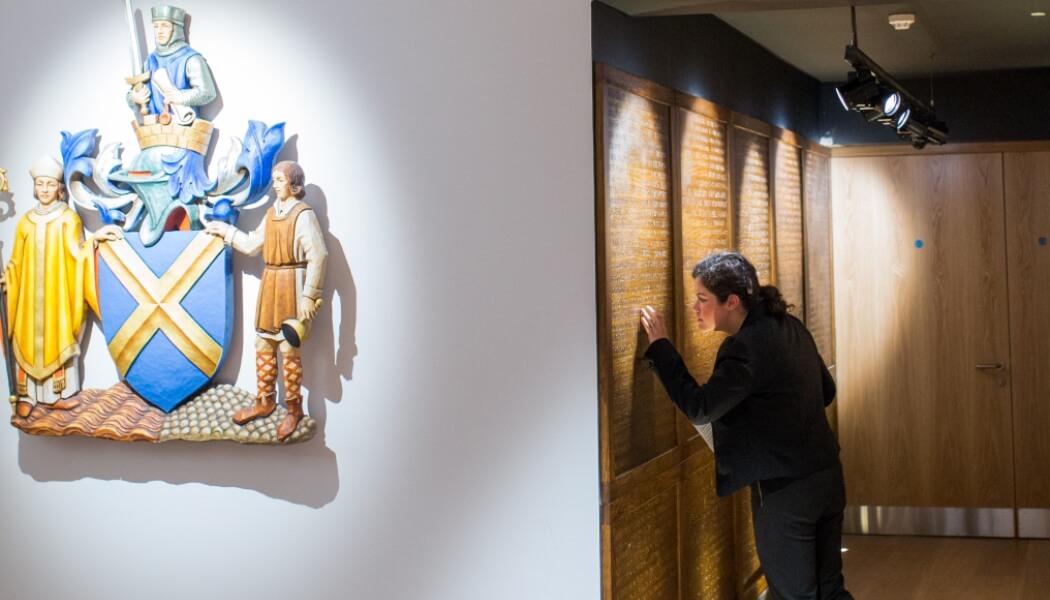 By Adrian Murphy. Main Image: More than 1,600 people raised funds by paying £250 to have their name, or that of a loved one, inscribed on limited edition bespoke oak panels
Share

St Albans Museum + Gallery will be the newest addition to the portfolio of museums and heritage sites run by St Albans City and District Council’s museums service including Verulamium Museum, the Hypocaust, the medieval Clock Tower and Sopwell Ruins.

The museum and gallery is set over three floors, with a number of restored historic spaces and newly created galleries that will host regularly changing exhibitions and events. Visitors will also have the opportunity to explore the fascinating history of the town hall itself, including its pre-Victorian assembly room, courtroom and cells. 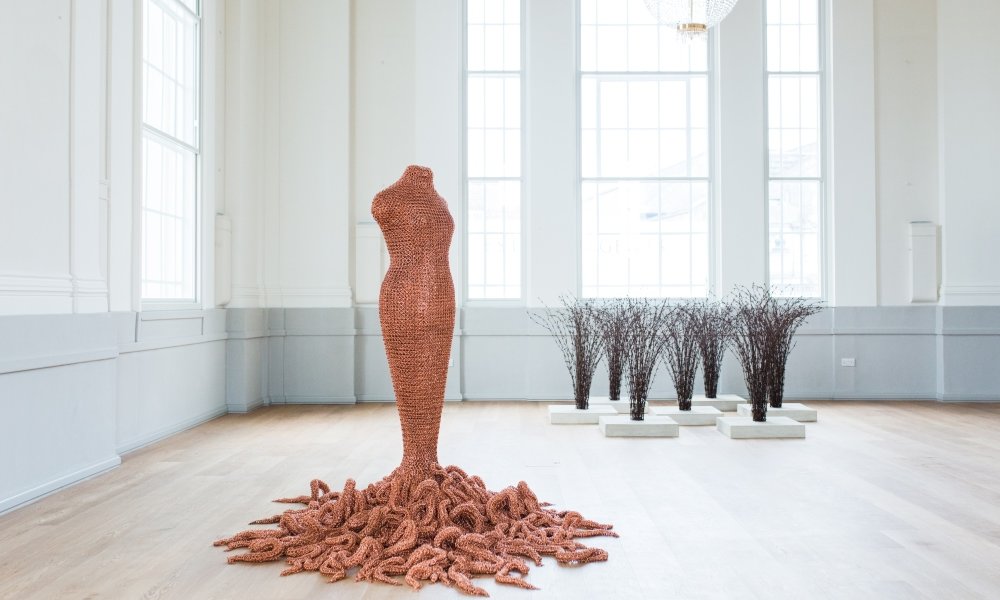 The new museum + gallery will show a mix of contemporary art and historical objects spanning 2,000 years

Previous to the redevelopments, the Town Hall had slowly become a neglected building in the heart of the city. It has been half a century since the Courthouse closed and a quarter of a century since it was used as council offices, although part of the building had most recently housed a coffee shop.  “Since then it’s been a rather dead, leaking, depressed, has-been building,” say the museum. “It has loomed like a tired giant out of the pavement with a four million annual footfall circumnutating its increasingly decaying majestic beauty and forgotten grandiose past.”

The transformation of the town hall into a new museum has really caught the imagination of the citizens with more than 1,600 people paying £250 to have their name, or that of a loved one, inscribed on limited edition bespoke oak panels based on the historic wooden panels in the Courtroom and the graffiti left by prisoners in the cells. 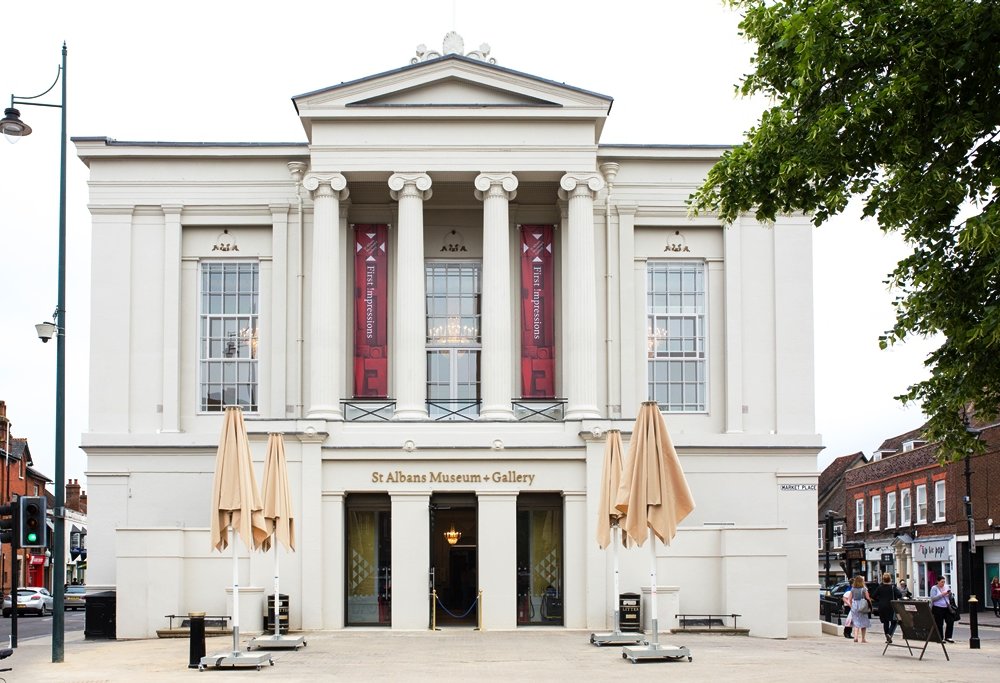 St Albans Town Hall is in the centre of the city and commands an annual footfall of four million, which the new museum and gallery hopes to tap into

“The local people have astounded me by clambering to be a part of St Albans’ history,” says Coun Annie Brewster. “We raised nearly £400,000 with this idea alone. “More than £1m has been donated by Major Trusts, businesses and individuals and we are so proud of the community cohesion and drive to deliver what, clearly, people believe this city deserves.”

Funding has also come from the Heritage Lottery Fund, St Albans City and District Council and the University of Hertfordshire, as well as donations from the Arts Council England, the Garfield Weston Foundation and many other organisations and individuals through the work of the St Albans Museums and Galleries Trust. 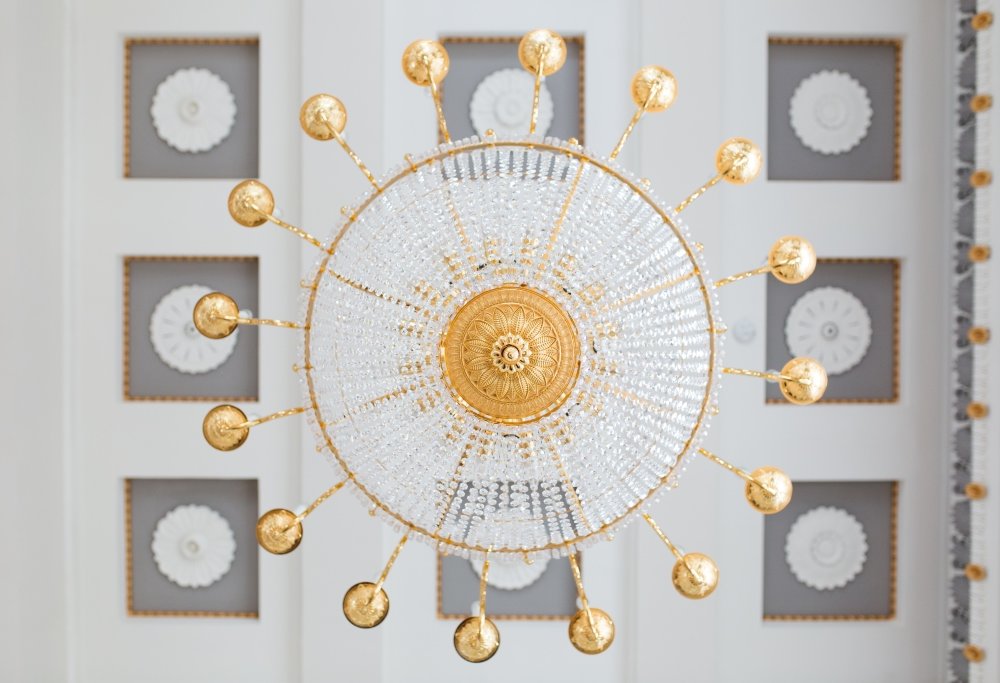 As part of the redevelopment beam reinforcement have been added to accommodate three new custom made 2.2m weighty Empire style chandeliers.

John McAslan and Partners were behind the refurbishment and adaptive reuse of the Town Hall, which has been given a new lease of life with the octagonal courtroom and subterranean cells now being fully restored and preserved for future generations. Glazed links have been added to the first floor enabling visitors to walk around the entire building and to take in the views of the city. A significant addition to the building is a new temperature-controlled and secure basement gallery that has been hand excavated to house national touring exhibitions and contemporary art shows. The ground floor has also been renovated to accommodate a learning studio, visitor information point, gift shop and café. 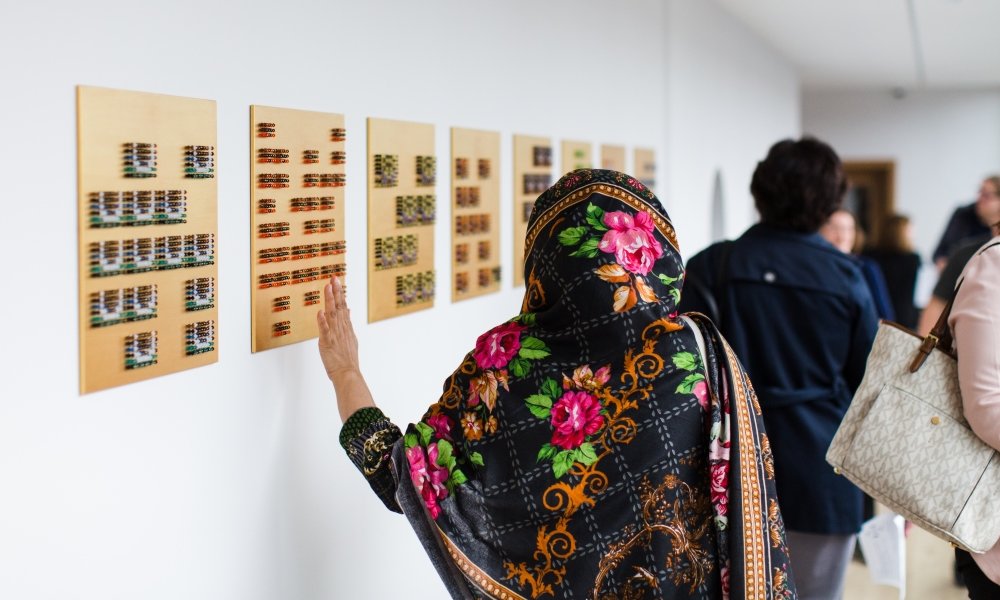 The opening exhibitions include: First Impressions – which celebrates the city’s printing heritage (St Albans had the country’s third printing press) and will display the first book to be printed in colour in the country; and a range of work by artist Susie Macmurray, who is famed for her large-scale pieces in historic buildings, including a dramatic installation piece, especially commissioned for the new gallery.

The centre point of new museum will be permanent displays, which will tell the story of the district’s development from the pre-Roman era through to modern times. The story starts as far back as 110,000 BC, when hunter-gatherers first arrived in Britain, and features Roman treasures as well as evidence of Boudicca’s revolt in the city.

“It’s important that there is always something for everyone and that we provide a changing dynamic programme of historic exhibitions and cutting-edge art as well as family friendly activities and evening events,” says museum manager, Kate Warren. “We want people to visit over and over again and have a new experience each time.” 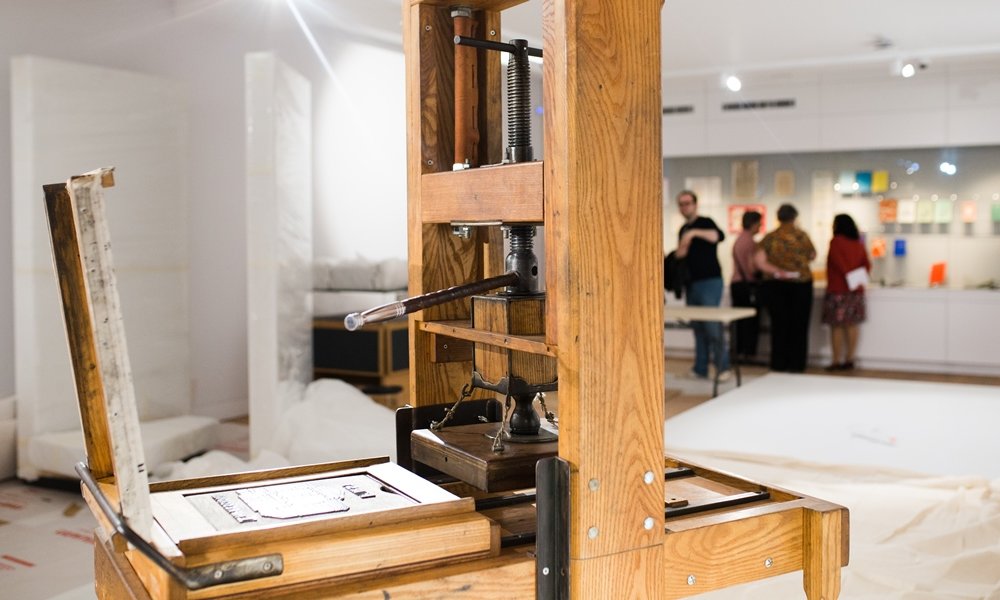 The First Impressions exhibition in the newly-created basement gallery, will celebrate the fascinating printing heritage of St Albans

The museum team say the new cultural attraction will showcase more than 2,000 years of its priceless heritage that will explain how St Albans was once one of the most important cities in the country. “It will positioned as an historic heavyweight with compelling evidence to back this up, from being the home of Britain’s first Saint, an old stomping ground for Boudicca, and boasting numerous Roman remains, an 11th Century Cathedral in which the first draft of Magna Carta was drawn up, the oldest working medieval clock tower,  the oldest pub in the UK (according to The Guinness Book of Records), and the oldest public school in Britain (where Pope Adrian IV, the only Englishman to occupy the papal chair, and scientist Stephen Hawking were educated).”

They say that visitors will be able to learn about St Albans’ fascinating role at the start of the War of the Roses in 1455 and will also be able to learn about how the city played a part in the lives of Sir Francis Bacon, Sarah Churchill Duchess of Marlborough, and the Ryder Cup founder and former mayor, Samuel Ryder. More recent local figures will also feature in displays, including Stephen Hawking, Stanley Kubrick, Jim Rodford and Eric Morecambe.

On display will be the country’s first colour printed book and pieces that have never been exhibited before include one of a handful of military helmets that survived the First World War intact – of some 750,000 that were originally made by women workers, in a St Albans straw hat factory (E Day and Company) – for British forces in 1915. 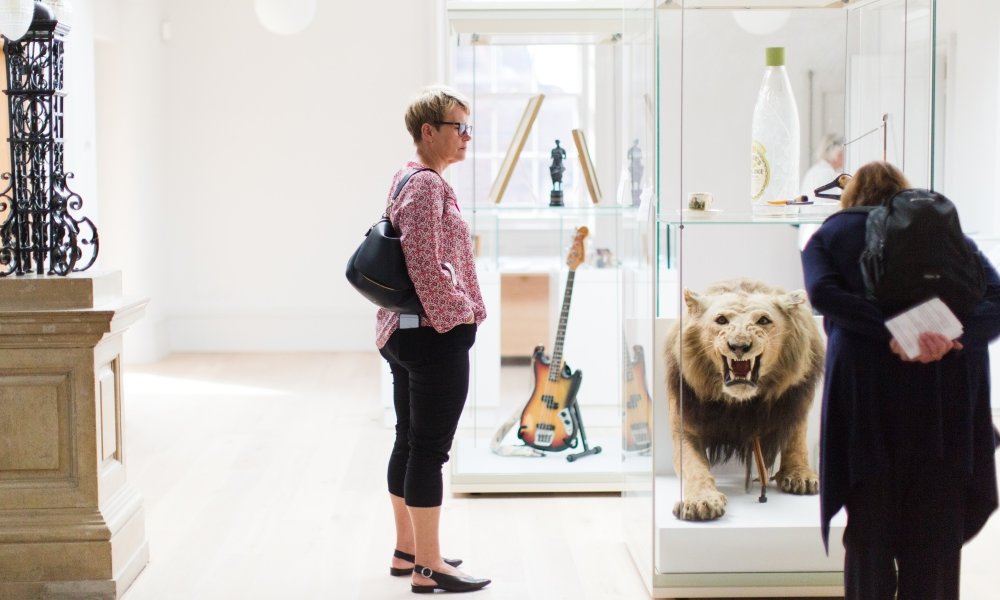 The free print exhibition First Impressions  will show visitors the national, and sometimes international, impact of the City’s printmaking heritage. In 1479, St Albans became home to the third printing press in the country, aiding the spread of enlightenment and knowledge by supplying the University of Cambridge with its texts. During the 1920s and 30s, St Albans-based Dangerfield Printing Company provided London Transport with its now iconic posters. Later, during the Second World War, Gibbs and Bamforth joined the war effort and printed fake Daily Telegraph newspapers as propaganda.

Working in partnership with UH Arts, the University of Hertfordshire’s arts and cultural programme, the museum and gallery will also host a range of immersive art installations and displays, including the dramatic new installation by artist Susie MacMurray.

St Albans Museum + Gallery will be free to visit and will be open seven days a week.There will be a small entry fee for national-touring exhibitions from top UK museums.