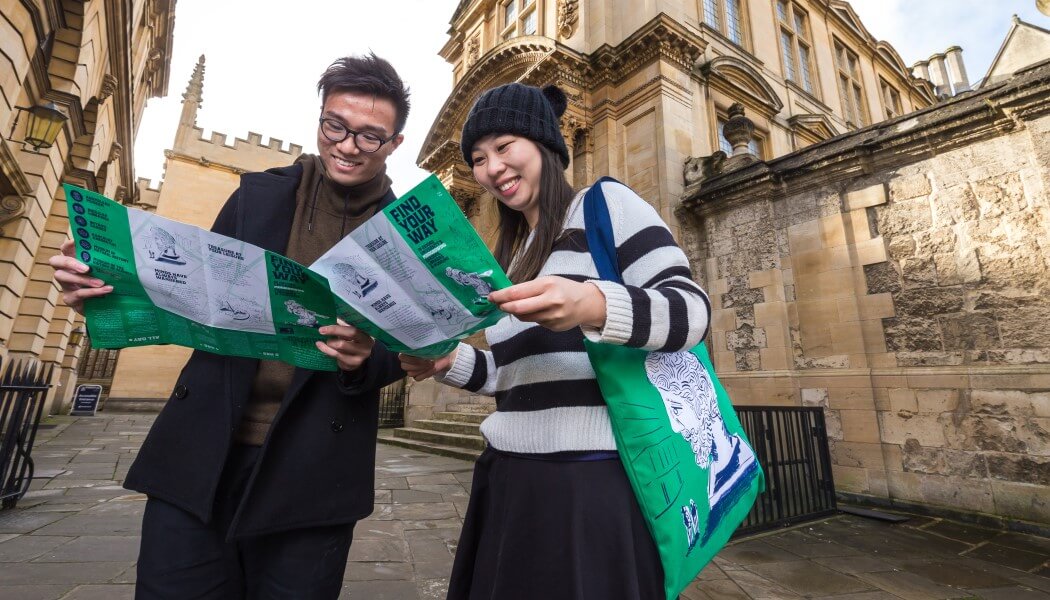 By Adrian Murphy. Main Image: Chinese visitors are one of the targets of the Mindgrowing Campaign. Photograph by Ian Wallman
Share

Oxford University’s Gardens, Libraries and Museums (Glam) are currently in the middle of a joint marketing campaign that has seen seven different cultural and landscape attractions work together to increase visibility and visitor numbers – and the results are already speaking for themselves

The Ashmolean Museum of Art and Archaeology is the oldest public museum in the world established in 1883 and just a few streets away is the the world’s oldest purpose-built museum building (1683) housing the Museum of the History of Science and both form part of Glam, along with the Bodleian Libraries, Botanic Garden, Harcourt Arboretum, Museum of Natural History and Pitt Rivers Museum.

It is true that Oxford is an extremely popular destination and its cultural offer is also well-regarded. This is apparent by looking at the Association for Leading Visitor Attraction’s figures for 2016, which show that the Ashmolean welcomed 910,419 visitors last year, number 37 of a list of 241. However, what the university was discovering when it looked at visitor patterns was that a visit to the Ashmolean did not necessarily mean a visit to the other cultural institutions that make up Glam. In fact, they found that it was not well known that they were all connected.

As part of the six-month Mindgrowing Campaign, which began in February, the seven Glam museums, libraries and gardens have come together to change the impression of them being standalone attractions. This has been achieved by developing a new brand for the seven attractions, separate from their individual branding, and creating marketing material including a Mindgrowing map, street signage and posters that have been used within Oxford and also out of town in prominent places such as the London Underground, the nearby shopping destination of Bicester Village and Marylebone Station in London. Bicester and Marylebone have recently been linked by a new railway line to Oxford, which the Mindgrowing Campaign wanted to capitalise on. 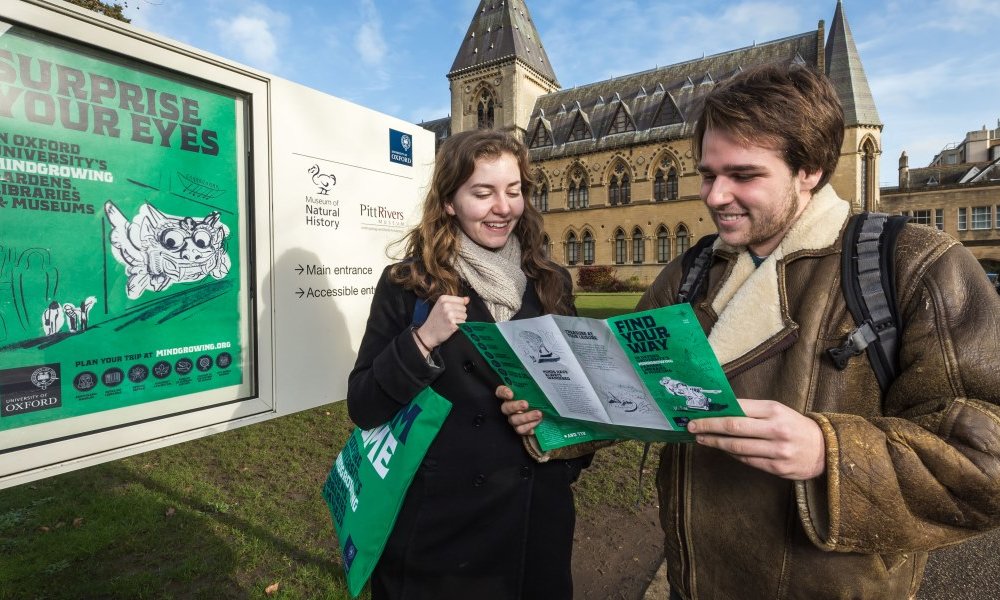 “Here at the university we have several cultural institutions: four museums, the botanic gardens and arboretum, and the libraries which have both an academic and public engagement role,” says Anne Trefethen pro-vice chancellor Glam University of Oxford. “Historically they have grown up somewhat independently within the university and slightly separated from it. But it has become clearer over recent years that working across all of those institutions is not only beneficial to the institution itself but it gives a much richer visitor experience for those individuals coming to Oxford.”

The idea, says Trefethen, was to present these cultural experiences to visitors in one place and provide a helpful guide to what’s on offer and what they could see in a particular time slot. It was also a chance for the museums to bring together collections that might be related but are in separate sites, and bring together interdisciplinary activities across the cultural institutions that otherwise the university wouldn’t be able to do.

“In terms of visitors, you may get someone who has seen an advertisement, say for the Ashmolean somewhere, and they will think ‘I’ll go there when I am in Oxford’ but may not be aware of the other museums or the botanic garden. That’s not on their radar, and I think this whole programme brings that together in a single picture, where they can easily see the other opportunities.”

One of the specific aims of the marketing campaign is to encourage greater numbers of international tourists to visit Oxford University’s cultural attractions and in particular encourage Chinese tourists to visit Oxford – a Mandarin version of the Mindgrowing map has also been produced and the university is also working with its China Office in Hong Kong to promote the Glam institutions. In the UK, a total of 10,000 copies of the Mindgrowing maps have been printed and circulated to Bicester Village and Marylebone station as well as to specialist tour operators and adequate stocks in each of the museums, libraries and gardens. 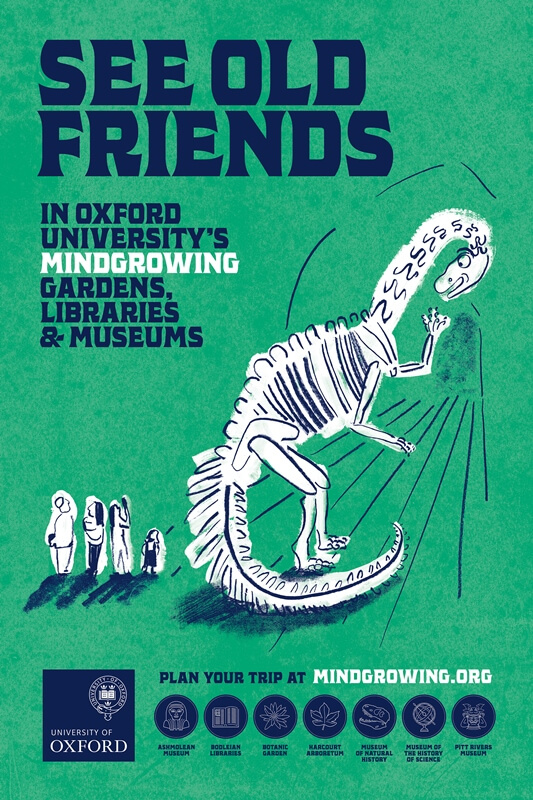 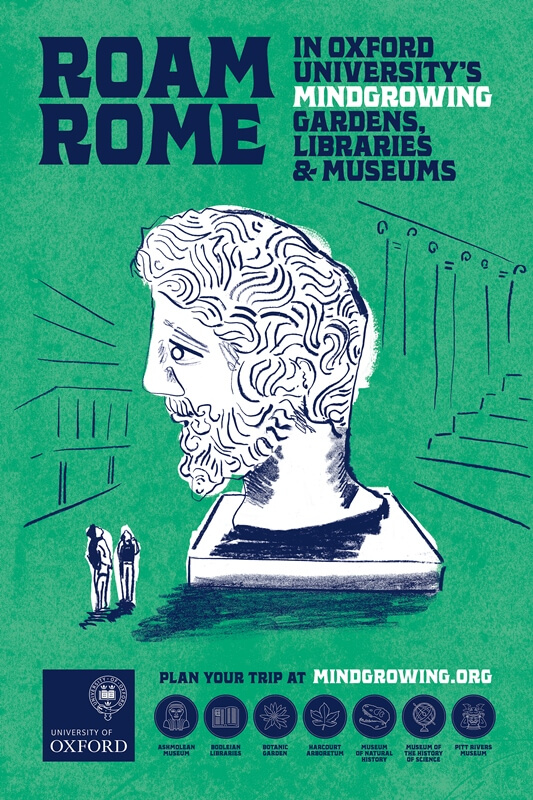 The university has also been working with managers at both Chiltern Railways and Bicester Village to encourage visitors to combine their excursions and shopping trips to Bicester with an afternoon of cultural enlightenment in Oxford.  They’ve also been working with the Oxford Bus Company to advertise on the rear of one of their X90 Oxford to London coaches in order to target the daytripper market.

“The Mindgrowing campaign makes the best use of everybody’s resources,” says Eleanor Appleby, senior consultant atJane Wentworth Associates (JWA) who led the marketing campaign. A key benefit of the campaign was that the larger institutions, which have marketing staff, were able to work with the smaller attractions that  only have a few staff in total and would not have been able to achieve something this large by themselves. “So you’re sharing the experience, you’re sharing the knowledge and you’re sharing the external expertise. It’s an opportunity for cross-promotion of the organisations. Sending people from one place to another. It’s the sum of its parts and we ended up with a destination brand. Come to all these places was the message and spend a day here. And actually that contributes to Oxford’s success, as it’s encouraging people to come perhaps for the whole weekend because there is so much to do.”

As part of the project, one of the first things JWA were asked to do was to establish what the joint offer was of all the organisations. Through research – which included interviewing individuals about what their organisation was about and why it was special – and workshops they began to understand about what those joint assets were. And through talking to stakeholders outside these institutions they also got to know how these places were perceived.

“The main challenge was that we had a lot of stakeholders and had at least one representative from each of the organisations to factor into the ideas and decisions,” say Appleby. “And some of those people were having to account for what their bosses wanted as well. So the research phase was really important to overcome. But everybody bought into the journey at every stage and that really helps when you are dealing with a large group of people.” 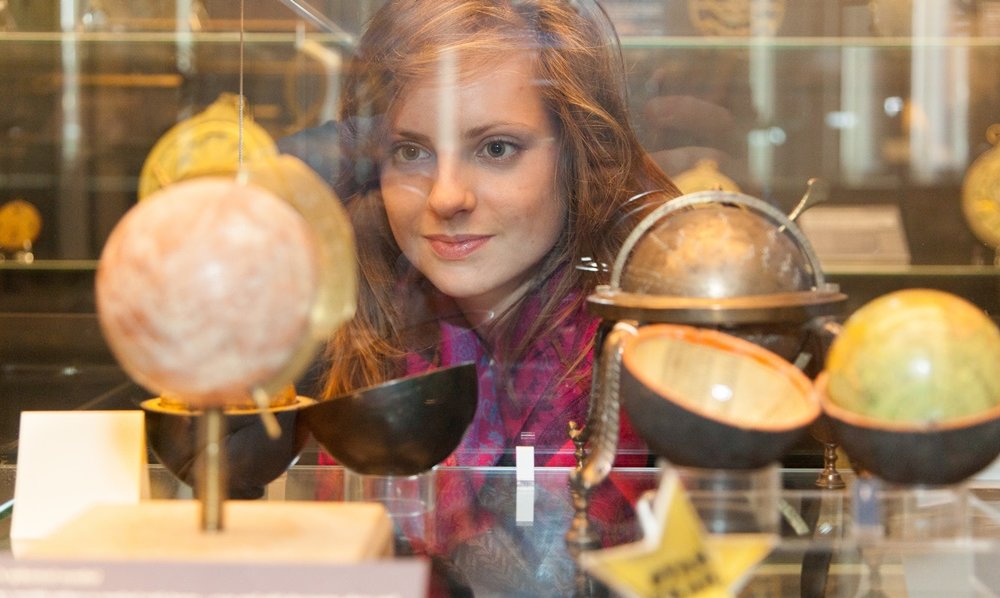 Once the research stage was completed, JWA’s creative partners, Lovers then designed specially branded guides and maps with specially commissioned illustrations. These also expaned to posters and a campaign positioned on stations along the London Underground, outside the institutions in Oxford and also the surrounding regions. These took the form of 4-sheets (billboard posters) which consisted of bold green and blue colouring. The campaign also created a specially designed website and merchandise including tote bags. “So we set them up with a nice suite of assets to run this campaign and they are also looking at ways they can expand this into other areas of their work such as marketing to families.”

In terms of targets, the university was looking to increase visitor numbers by an average of two per cent across the seven institutions. This equates to an additional 35,000 visitors over a six-month period (February to July 2017). But already the Mindgrowing Campaign has surpassed those targets. Over the seven sites visitor figures for February were up 10 per cent and nine per cent in March compared to 2016 figures. In particular the Museum of the History of Science has seen its visitor figures skyrocket by 36 per cent in February, followed up by a 12 per cent rise in March.

“The main indicator for us is in terms of visitor numbers and for February we were 10 per cent up from last year for the Glam institutions as a whole, which is just over 260,000 visitors,” says Susannah Wintersgill, director of communications and marketing for Glam at the University of Oxford. “The Ashmolean and Museum of Natural History, which are our two biggest museums were up two per cent but it was particularly the smaller institutions that benefited with Pitt Rives, History of Science and Botanic Gardens seeing the largest increases.”

What the university learnt anecdotally was that the new signage outside the museums helped visitors identify they were part of the same group and enticed them to visit more venues. This was illustrated on Oxford’s Broad Street where The Bodleian and Museum of the History of Science are situated on either side of the road and visitors said they had made the connection between the two from the posters.

“Perhaps because of planning restrictions in Oxford signage is a little bit more limited than we would otherwise like but by using this joint branding – it’s a beautiful eye-popping rich green – we have found a solution,” says Wintersgill. “It’s the cross-promotion that is really working well for us. I think going for a solid colour in advertising is quite unusual and certainly the people who see our advertising on the London Underground have said it has really stood out because other people’s advertising is quite busy. Where ours are on a plane background, with witty illustrations and headlines.”

Now that the Glam project has taken off, Wintersgill is continuing the promotion and recently met with the manager of the new Westgate shopping centre, which will open in Oxford this October. They have taled about future promotional opportunities using the Mindgrowing material. The shopping centre is looking to market itself as a part of a full day out in Oxford, which includes cultural attractions as well as retail.

“We have been finding our feet as it were in working together,” says Trefethen, whose ultimate decision it was to run with the Mindgrowing Campaign. “There have been various ways in which the museums have been doing things together in the past, such as educational programmes and research projects that have brought in one or more institutions but we have over the past 18 months created a shared strategy and shared direction in areas that we will be working together.”

These include a shared digital strategy where the university is trying to take forward a digital change across the organisations and build a shared infrastructure.

“This actual marketing campaign has been a great first success as it were, in terms of having started to work together, and we are starting to see some clear benefits from it, and we will continue this for some time in the future.”