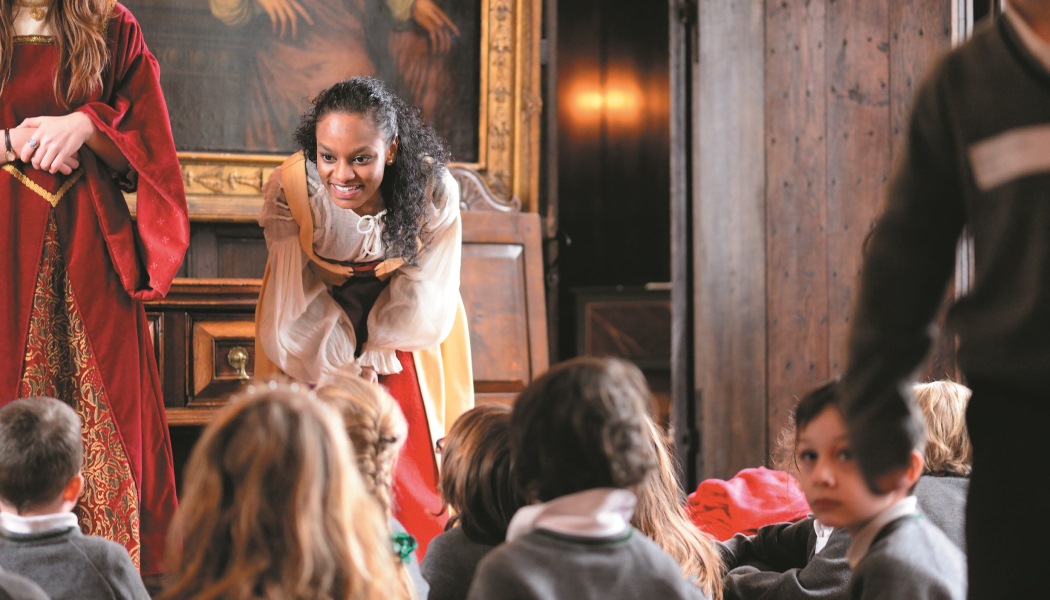 Professional Development in the cultural sector: finding new ways to develop a skilled and diverse workforce

A trained and skilled workforce is something that every sector needs and the cultural sector, with its museums and heritage attractions, is no exception. But how it trains its new recruits, whether they be students, apprenticeships, trainees or volunteers is always evolving and always up for debate

Making the cultural workforce diverse and reflective of the communities it serves is always a challenge. As is having the resources and skills to engage with those communities and use new technologies, including social media, to make it work.

Traditional routes, such as post-graduate degrees are still popular (according to www.postgraduatesearch.com 17 universities in the UK provide 36 post-graduate museum studies degrees) and leading the way is the University of Leicester’s School of Museum Studies, which turned 50 this year. The School teaches practical museum skills to up to 300 students at any one time from around the world and has a mixture of those wanting to enter employment in the sector and those who are furthering their museum careers.

However, the academic graduate or post-graduate route is not for everyone with tuition fees being from £2,000 upwards, limited grant options and debt a worry to many people. So what the sector is seeing, especially in a knowledge based society and one where public funding is constantly being cut, is that more young and early career museum professionals are looking for paid placements, and more museums are providing structured volunteer programmes than ever before.

Two such organisations that offer paid placements are the Heritage Lottery Fund’s (HLF) Skills for the Future (SFF) and the Creative & Cultural Skills with its Skills Academy and Creative Employment programme and their developers argue that there are many lessons to be learned in how the sector tackles professional development.

Here Museums + Heritage Advisor talks to the above organisations and provides six case studies (below) from these skills providers as well as museums and universities that show the challenges faced and the progress being made in providing the best people and skills needed for the sector. We also have two blogs related to professional development regarding applying for jobs and volunteering. 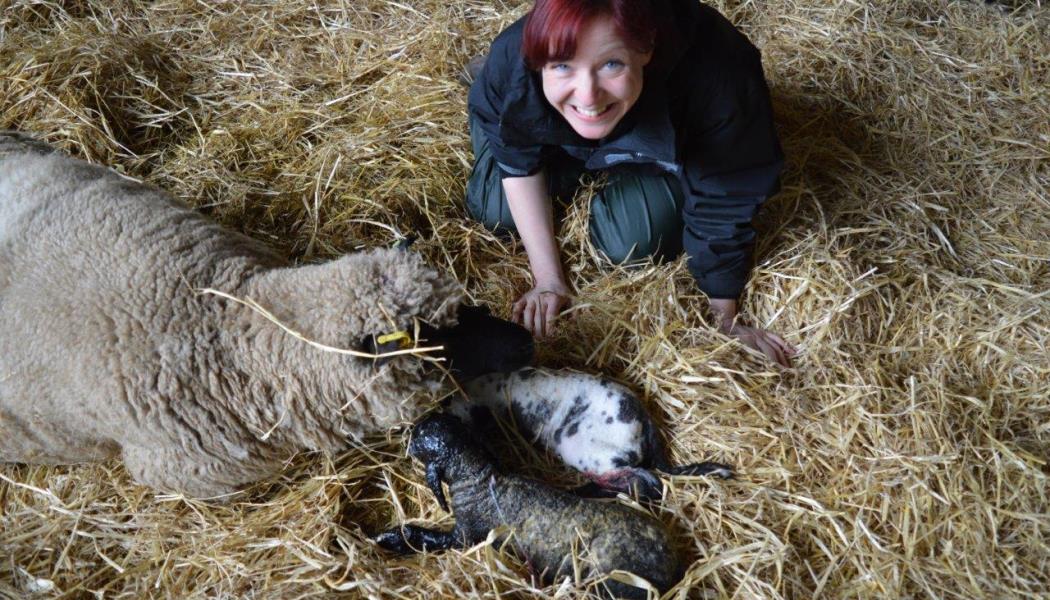 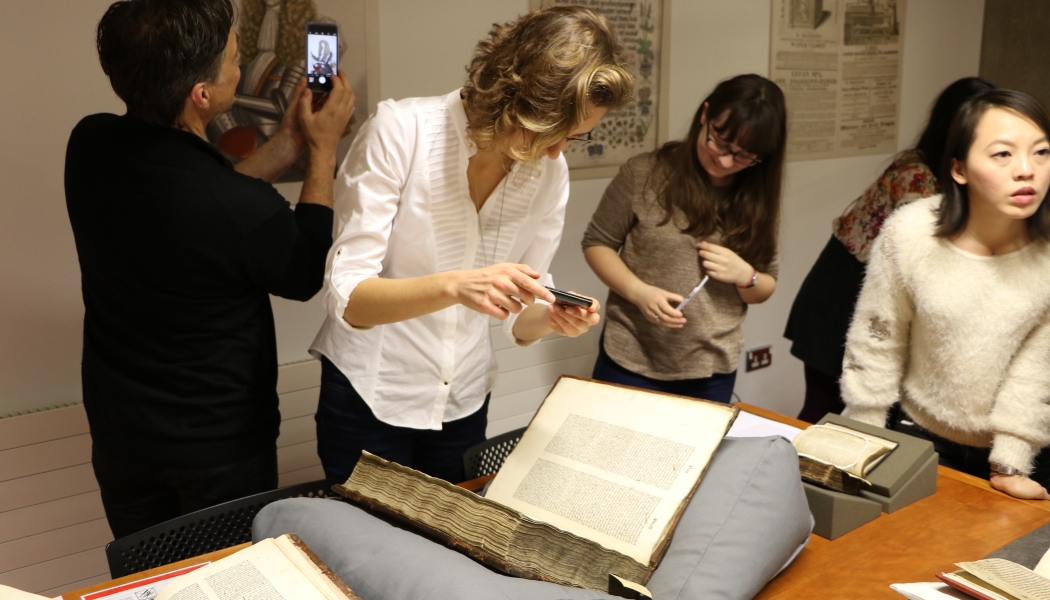 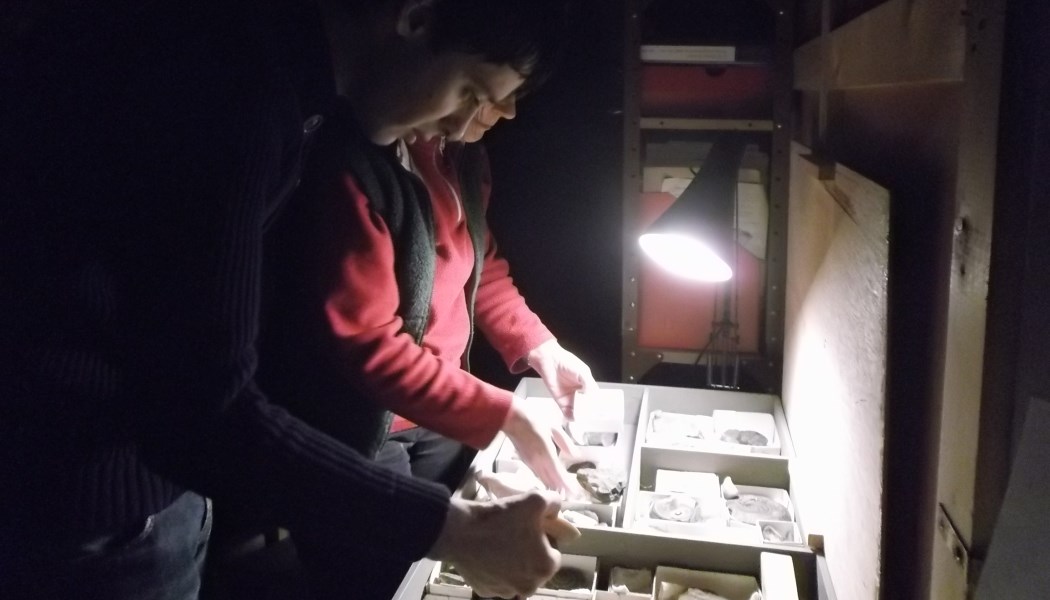 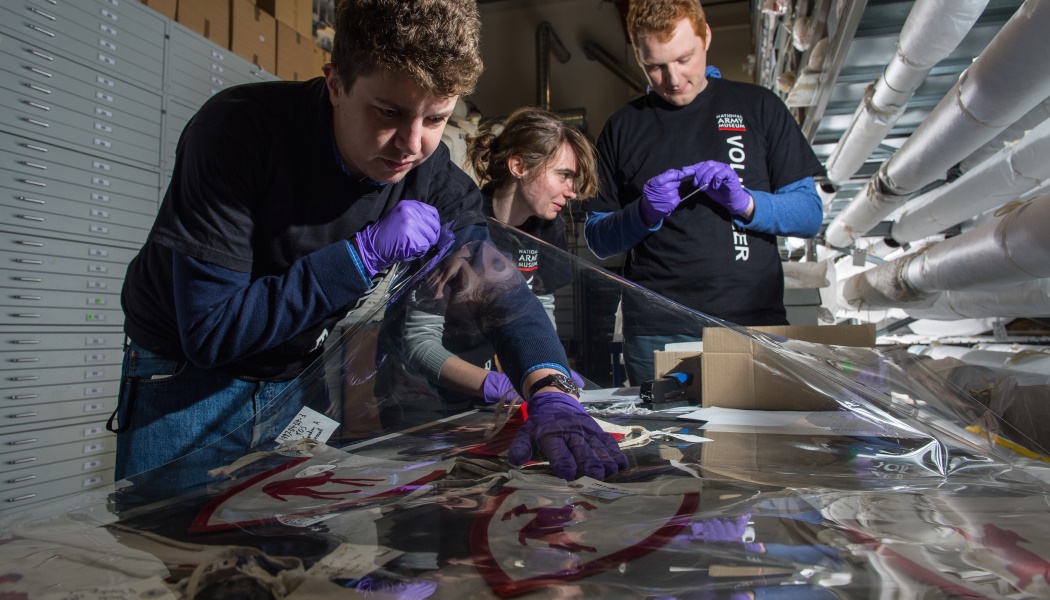 The National Army Museum: building a new museum with an army of volunteers 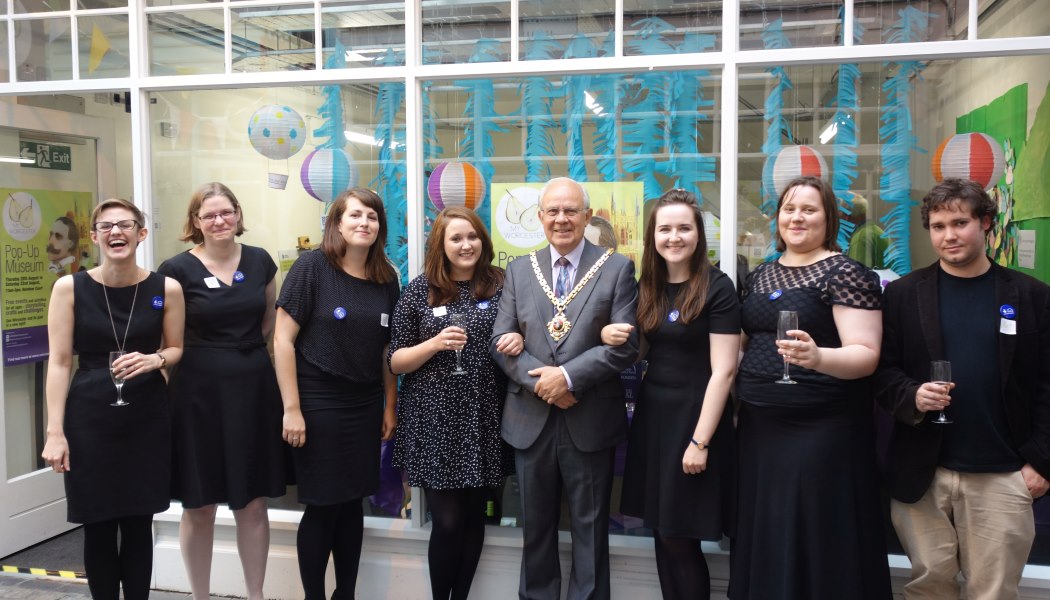 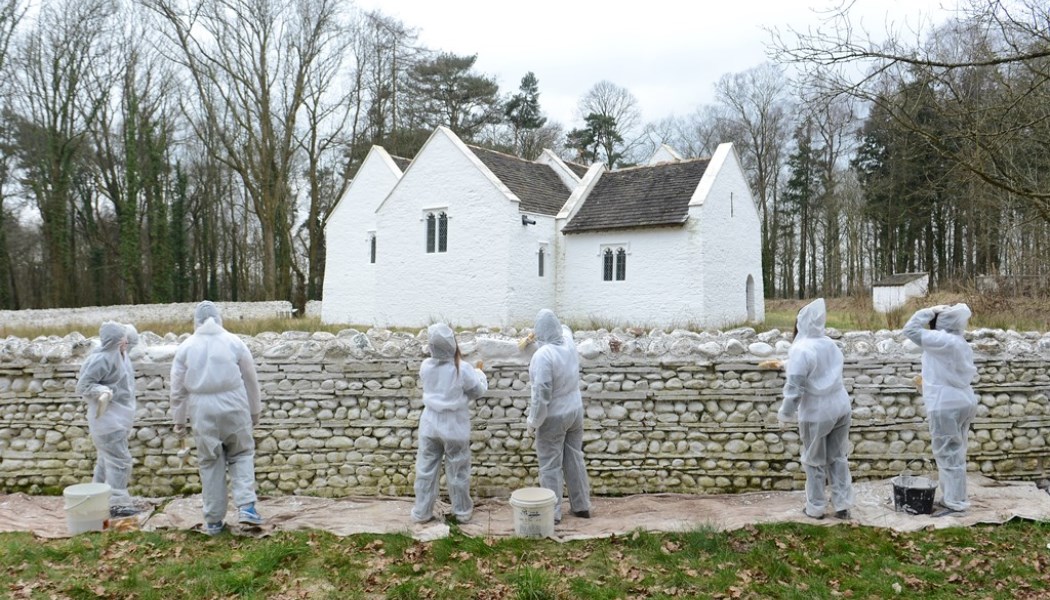 Creative & Cultural Skills: offering paid apprenticeships in the sector is the way forward

At the Museums Association conference in November Sir Peter Luff, Chair of the National Heritage Memorial Fund and HLF announced that there would be a third round of the SFF programme. This pledge was a shot in the arm for the sector coming just three weeks before the government’s Spending Review that would announce devastating cuts to local councils affecting 40 per cent of museums in the country.

Since the first tranche of SFF programmes began in 2010 a total of 93 projects have been created (30 of which have been completed) with a £47.1m investment. The SFF initiative took over from the training bursaries programme (launched in 2005) and provides paid traineeships in museum and heritage organisations over a 15-month period, usually with qualifications at the end of it.

“We have projects running all over the country and in all the regions,” says Nick Randell, programme manager and policy adviser for SFF, who has been with the programme since its inception in 2009. “The overall purpose is to find high calibre work placements and training opportunities to equip people with the skills to pursue a career in the heritage sector.” More than 2,100 entry-level training placements and additional training for the current heritage workforce will be provided through the scheme and already 1,300 people have been recruited with nearly 1,100 trainees having finished their placement.

Randell says it is not about work experience but about giving training, mentoring support and an exchange of skills. The idea he says is to facilitate a clear pathway and ideally offer a qualification or accreditation (of which 88 per cent of the SFF trainees have received so far). One of the inadequacies in the museum sector, says Randell, is that in a lot of cases training procedures have not been set up across the whole network, they have, according to him, been mostly individually produced and not shared. The SFF programme aims to go some way to changing that with HLF figures showing that £15m of grant has so far been awarded to 33 projects with skills related to the museum sector, providing 550 placements. More than 450 of those trainees have been recruited into the sector. Crucially, 88 per cent of grantees developed a new model of training for the project and 83 per cent developed new training partnerships such as Museums Worcestershire, which features as a case study. 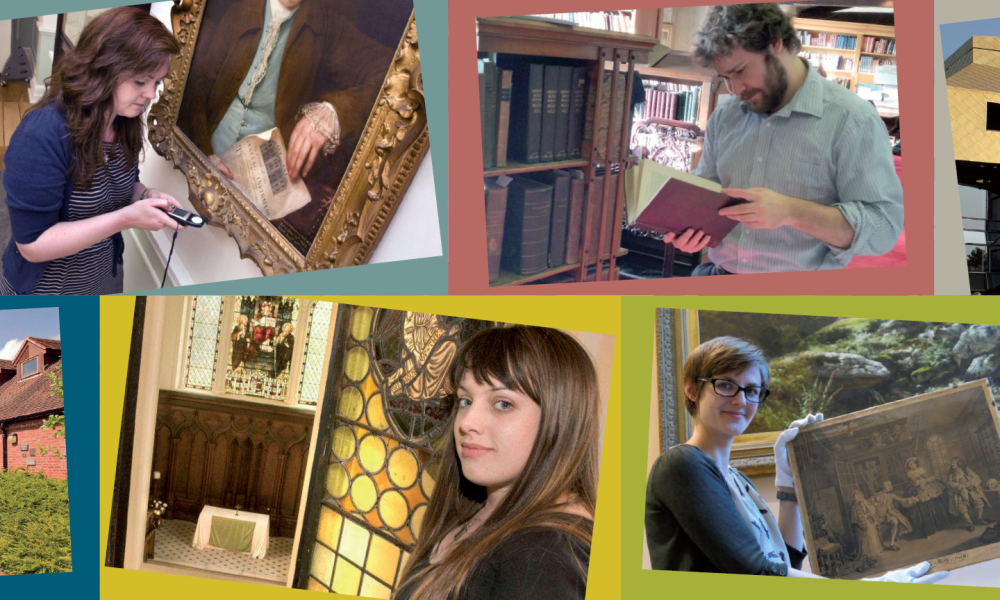 “In the current climate funding for training gets put under increased pressure and the fundamentals of running a museum takeover,” says Randell. “So what needs to do be adopted is a sharing of good practices and have a good training model for the whole sector to use and develop partnerships. If you are running a course think, could it be more effective with a wider base?” Randell says that there is a definite need to foster vocational skills as well as the academic, as this creates opportunities for those who cannot afford the fees and creates diversification in the workforce.

“An important development we would like to see is for this to be sustainable and in the future placements receiving funding from various sources, such as sponsorship,” he says. “With our investment people will develop skills and learn about heritage and a wider range of the community will engage in heritage as a result.”

According to Randell the way the government is currently looking at work place training is employer led and positioned towards a younger age group. The sector needs to be responsive to that, he says, if it wants central government funding and needs to work together and also be clued up about the opportunities out there.

“We also need the sector to come together and say what it needs,” he says. “There is quite a skills shortage in the sector when it comes to visitor engagement as well as promoting projects through social media. We aim to meet and fill gaps in the heritage sector and address those key skill shortages.”

The challenges to the sector become starker when you talk to Robert West, programme director at Creative & Cultural Skills, which supports the skills and training needs of the UK’s creative and cultural industries. He is worried about the fragmentary nature of training in the museum and heritage sector and the lack of work-related learning for teenagers.

“The Museums and Heritage sector faces significant challenges regarding the training of its workforce,” says West. “Research conducted by Creative & Cultural Skills has highlighted limited entry routes, skills gaps, and a lack of opportunities for skills development as key issues to address. It’s not so much that the solutions aren’t out there, but there is a need for a broker role – someone to join up the dots. That’s where we come in.”

There are some strong examples of continuing professional development says West, led by organisations such as ICON, the MA and the V&A, but the the majority of people pursuing a career in museums and heritage, he says, are highly qualified, which means competition for jobs is fierce, and employers look for practical experience as well as academic attributes in their potential employees.

“Job roles such as creative technicians (i.e. those who move collections from one place to another) don’t necessarily require graduates, but where are the courses for that role?” he says. “Then add to that the lack of genuine links between Museums and Heritage attractions and 14-19 year olds in terms of work-related learning and you can see a problem on the horizon.”

The Creative Employment programme, which the Creative and Cultural Skills manages on behalf of ACE provides a number of opportunities for museums to engage with apprentices and interns, while its partnership with the V&A and Skills Academy leadership college Kensington & Chelsea has begun to open up routes into the sector.

The Historic Environment and Cultural Heritage Skills Survey that Creative and Cultural Skills produced in 2013 was the first piece of research in the UK that has looked at skills across the wider cultural heritage sector. This ambitious project demonstrated that there are some common issues across the sector with nearly half of all organisations feeling that their workforce is currently lacking skills and most not having a training budget.

“For me there is a key challenge that stands out, and that is, museums and heritage attractions have often relied on leisure volunteers, many of whom have offered their time and valuable support post retirement,” says West. “However, the retirement age is going up, people are working longer, and so it is literally a matter of time before that pipeline dries up. Couple that with my view that the links at 14+ do not appear to me to be particularly strong in relation to employer engagement (how many museums offer authentic work experience?) and there’s your challenge. And don’t even get me started on the impact of new technology on skills needs for the sector going forward!”

Technology in Museums: making the latest advances work for our cultural institutions