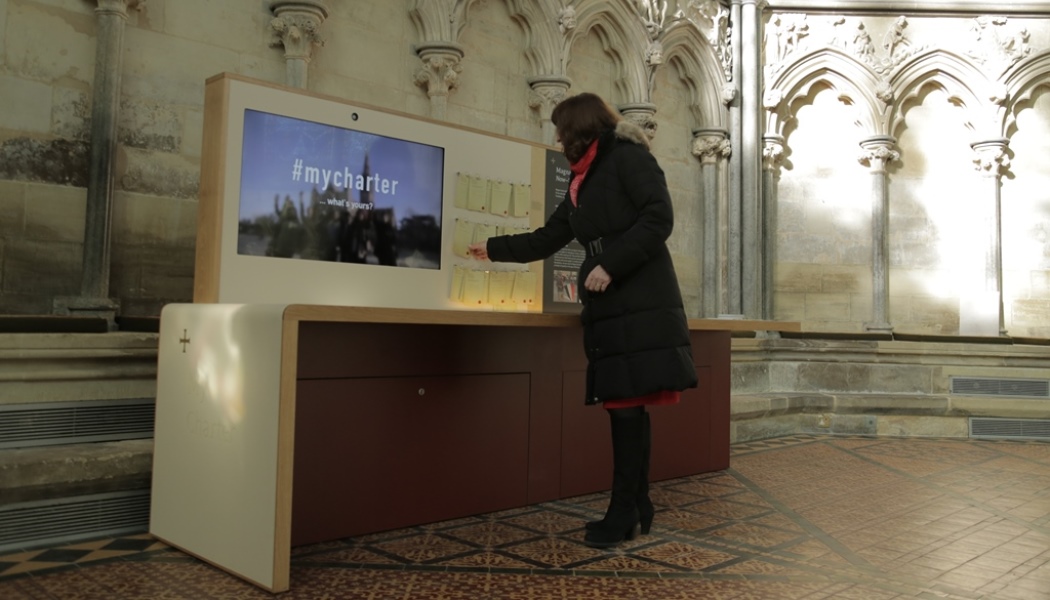 Leading up to the historic 800th anniversary of Magna Carta last year, Salisbury Cathedral was successful in its bid for a £235,000 HLF Grant to create a permanent exhibition, Magna Carta: Spirit of Justice, Power of Words. RedBalloon was asked to bring the story to life by producing the screen media for the installation

RedBalloon Productions were approached by Salisbury Cathedral, and exhibition designers Haley Sharpe Design, to develop ideas for the screen based media they had planned for the exhibition. Haley Sharpe provided clear briefs for four pieces of work – two films, an animation and an interactive installation.

As an established professional production unit since 2000, based in the heart of Bournemouth University’s renowned Faculty of Media and Communication, RedBalloon employs students, graduates and academic staff to work on projects such as this, with external clients.

“We were given very clear design guidelines, which really helped and allowed us to ensure our work stylistically matched with the overall design for this wonderful exhibition,” says Stephanie Farmer, Executive Producer at RedBalloon.

First up was the King John animation, which gives the audience a background to the sealing of Magna Carta, what life was like in medieval times, and who were the key ‘players’ in the story. “King John had a terrible reputation as a King who was always losing battles and seeking more money and land from his people – so this lent itself to some humorous and quirky animation,” says Farmer.

Then came the ‘immersive film’ with highly creative graphics and archive footage, showing how people around the world are still struggling for their freedom of speech and human rights. Stephanie says it took an incredible amount of research to find the right images to create this moving piece. Alongside this was My Charter, a short film created with the help of 6th form students from a school in Salisbury. 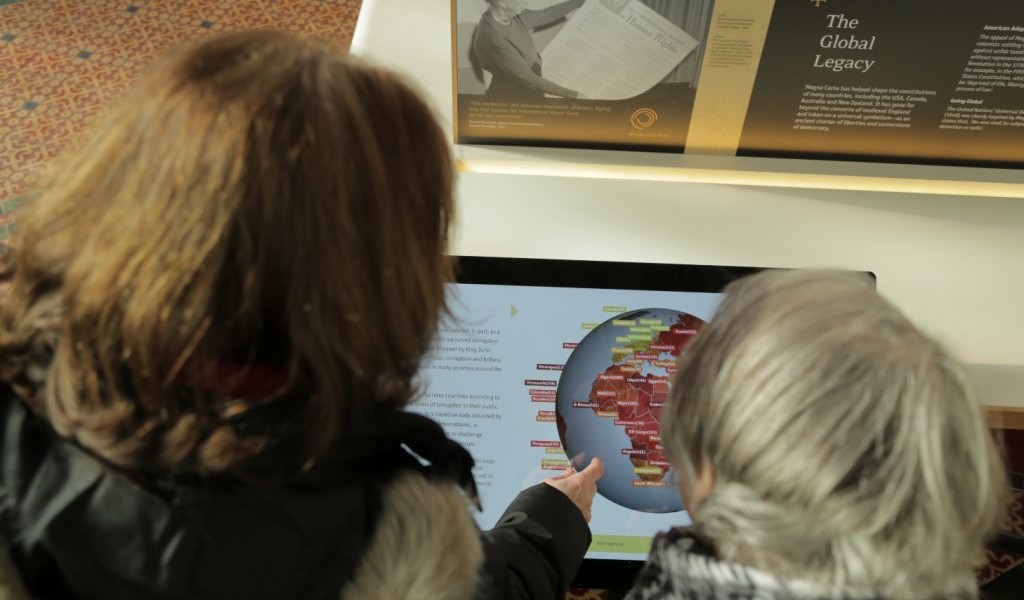 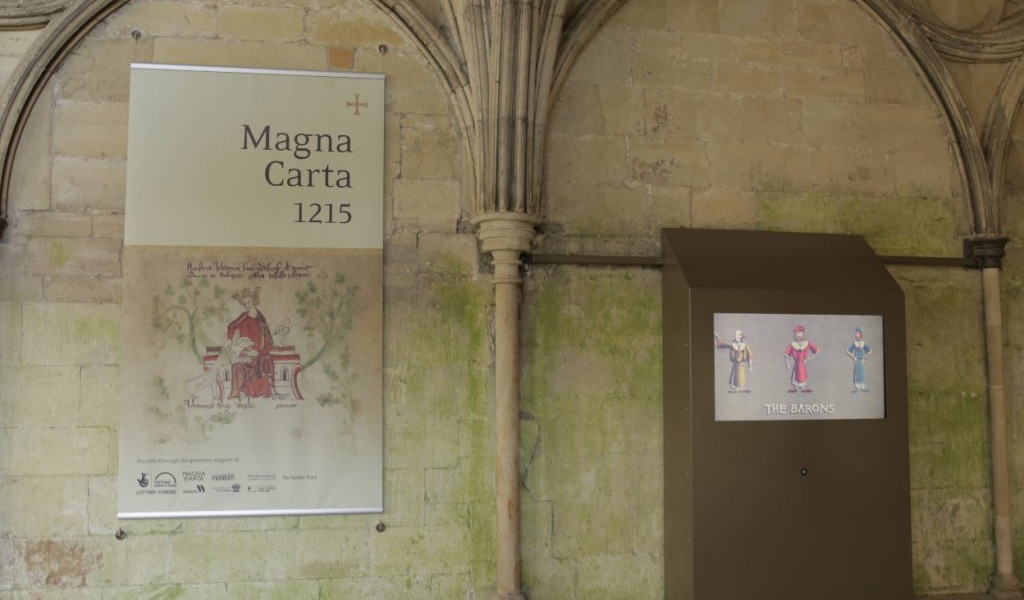 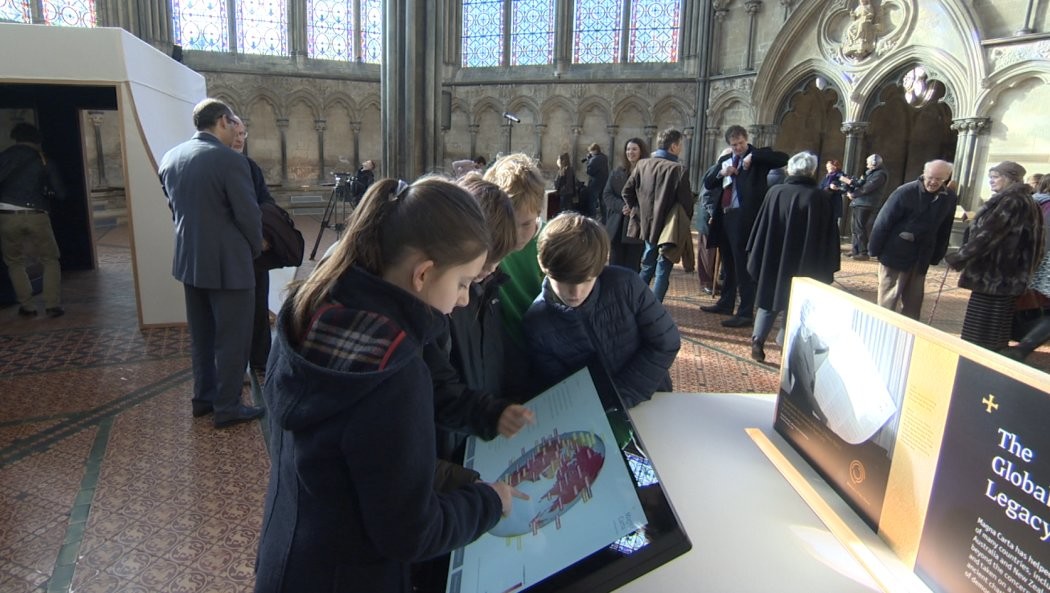 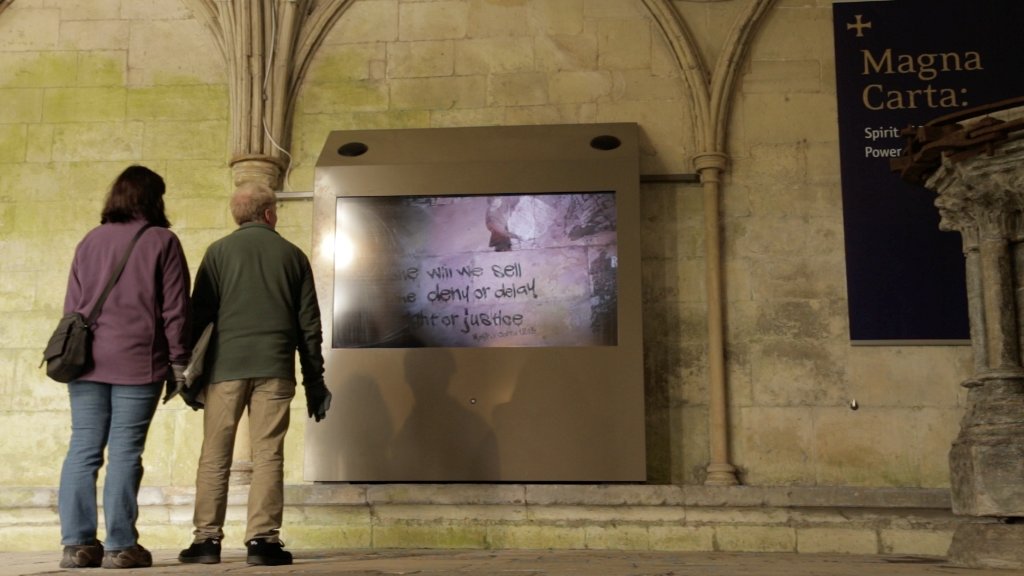 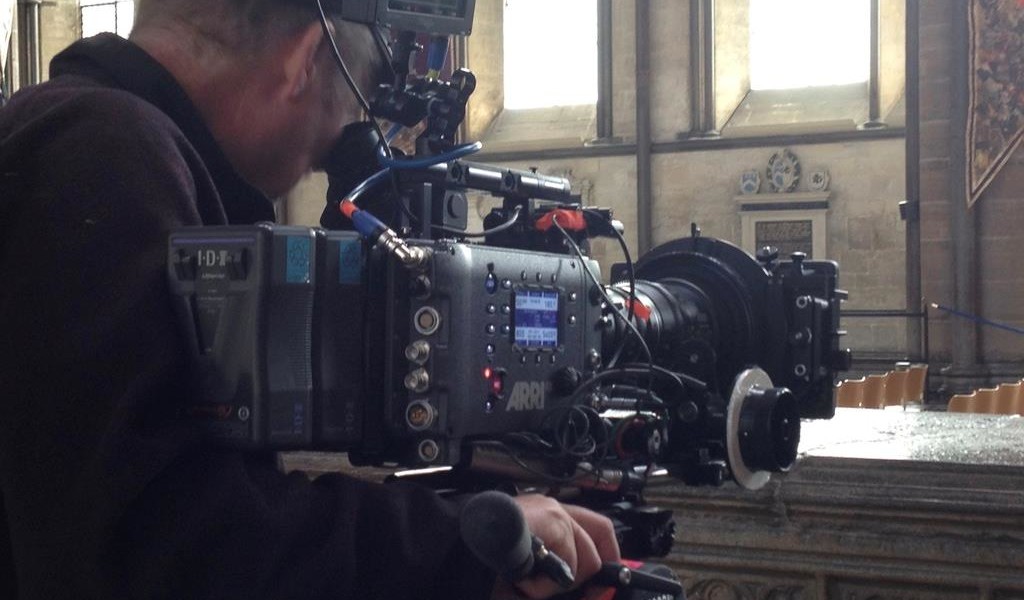 “We asked the pupils to create a modern charter of their own – and carried out workshops to help develop their themes,” Farmer says. “Shots of the Cathedral from many different streets in Salisbury were a feature of this piece and shows how the wonderful building still dominates the skyline. The final piece was a touch-screen installation that allows visitors to interact by spinning a globe and learning how modern countries fair in the ‘league tables’ of freedom and rights. It’s a very popular and thought provoking piece. Because we are part of Bournemouth University, our educational background helped ensure that we were very sensitive to how the pieces would be viewed and understood by the public.”

As Executive Producer, Stephanie creates teams to work on each project and oversees everything that goes through RedBalloon. She also wrote and directed some of the films and works very closely with the students and staff involved.

“The beauty of our approach is that we get the enthusiasm and fresh thinking of students alongside the industry and academic experience of the staff,” she says. “Many of our staff have amazing backgrounds in broadcast TV, animation and creative installations and they were very enthusiastic and keen to work on such a prestigious and important exhibition;  we worked with over 60 students and staff during the past 18 months. The HLF were also very complimentary and enthusiastic about our partnership with the cathedral and felt that we brought a different and youthful approach to the project. The students learn a great deal by working with a design agency and on such an important project like this – it really professionalises their working practice and enhances their CVs. It’s been a fantastic opportunity for all of us and a pleasure to work with such great partners.”

A key challenge for RedBalloon was the exhibition space in the 13th century Chapter House of Salisbury Cathedral, with sound potentially echoing off the stone walls and becoming a nuisance to other visitors, which meant some of the films had to work on visuals alone.

“While this was a huge challenge, it made us work even more creatively to tell our stories, using innovative animation and graphics techniques,” she says. “It also has the advantage of making the films universal – language is not a barrier – and in an exhibition such as Magna Carta the audience comes from almost every country across the world, so this becomes a huge plus point.”

With less than 6 months to create the main content, another key challenge was the timescale. However, since the exhibition opened a year ago, more than 250,000 people have visited, which Stephanie says has made it all worthwhile.

Since the opening of the exhibition, RedBalloon has also created two more films for Salisbury Cathedral: ‘Writing The Rights’, which shows how Magna Carta was physically created, and ‘Elias’, a poetic narrative about the life of Elias De Dereham who designed the Cathedral and was present at the sealing of Magna Carta. They are also about to launch a games app for younger visitors, and another touch screen installation for viewers to explore Magna Carta in high resolution close up!

“We tried to be as creative as possible and sensitive to the wide range of audience ages attending the exhibition. We are particularly proud of our use of graphics and post production techniques.”

The fact that the Magna Carta exhibition is permanent affected the decision making for the project.  Each piece needed to stand alone to some extent and have cultural longevity. “This was particularly true of the archive piece – it had to have global and historical truths as well as more recent significant events.”

RedBalloon also had to be sensitive to the size of text and readability of each piece in its final environment. The immersive film features a ‘graffiti wall’ concept as a universal symbol of protest, oppression and imprisonment.

RedBalloon recently won two Royal Television Society Awards; Best Non-Broadcast Production and Best Post Production, for their portfolio of work for the exhibition. Farmer says these were the “icing on the cake”  to a memorable project for RedBalloon and Bournemouth University.

Sssnakes Alive! at the World Museum – behind the scenes of a touring exhibition