SJAM: A year promoting social justice in museums all over the world

Share
The Social Justice Alliance for Museums sounds like it has been around for years, decades even, but this month marked the first year of its launch in the UK and it now has a support network spanning the globe

The Social Justice Alliance for Museums (SJAM) was created out of the growing recognition of the importance of the social value in museums and its impact on the public.

During 2013, David Fleming, Director of National Museums Liverpool, drafted a series of key statements calling museums around the world and like-minded organisations to collectively support museums in the pursuit of social justice.

The response has been inspiring with a plethora of examples of social justice in museums from Australia to Mexico and Taiwan to Copenhagen, whose work epitomises SJAM’s values and are now part of a wider network.

“Many national and international colleagues were consulted and agreed that the time was right for museums to speak about these issues together. And so the SJAM Charter was born.”

SJAM was officially launched in November 2013 at the Museums Association Conference in Liverpool with 43 national and international founding members. 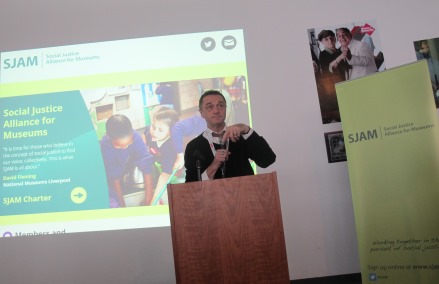 David Fleming at the Launch of Sjam in November 2013

Since then SJAM has increased its membership to nearly 300 supporting museums, organisations and individuals.

Those that have signed up to the charter include national and many international institutions from all over the world.

“Our members include a diverse range of museums from the International Democracy Museum in Argentina to the National 228 Memorial Museum in Taiwan,” said Francoise McClafferty, Research & Information Officer, National Museums Liverpool.

“We have many museum members in the US such as National Underground Railroad Freedom Center and the Kidsbridge Tolerance Museum in New York.

“There are also a number of organisational members from other sectors that work with museums and increasingly recognise the power of culture in society.

“These include organisations from the health, media, education, design, charity and campaigning sectors such as Homotopia in the UK and the Taipei Women’s Rescue Foundation and the School of Museum Studies at the University of Leicester is a founder member.” 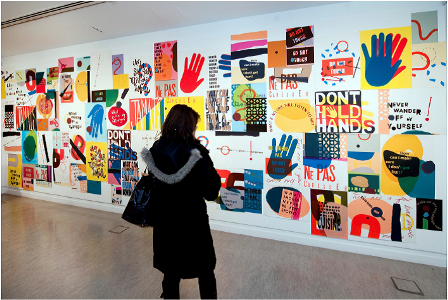 Through SJAM’s case studies page members can keep up to date with the topics and methods being used across the network which are helping to drive the social justice agenda as well as share their projects and ongoing work.

SJAM’s partnerships can also be close to home as is the case with DaDaFest, an innovative disabled art organisation, which will host its inaugural DaDaFest International Congress: Disability, Culture and Human Rights from 2-3 December at the Blue Coat creative hub in Liverpool.

“Our work is based on creating art that challenges the social exclusion we as disabled people face on a daily basis and constantly inform people of our social justice remit,” said Ruth Gould, Artistic Director, DaDaFest.

“We are delighted to be associated with SJAM and see this as a great opportunity.”

However, some partners are further afield such as the Te Papa Tongarewa, Museum of New Zealand in Wellington, which is committed to being bicultural and bilingual ensuring the inclusion of its indigenous and non-indigenous population.

“Te Papa was very pleased to support the launch of the Social Justice Alliance for Museums, and is delighted to be part of this initiative,” it said.

“Our new vision to change hearts, change minds, and change lives shares common philosophies with SJAM – acting as a proactive forum for change through sharing collections and learning experiences.

“Te Papa looks forward to being an active member of this international community of museums.”

This far-reaching and local involvement is testimony to the ideals the SJAM charter sets out, which are all-pervasive and appealing to many.

However, the goals set, whether they be gender equality or the right to protest, can vary depending on where an organisation is based.

“SJAM has recognised that social justice is a politicised and contested term,” said Fleming.

“The definition of ‘social justice’ is fluid, and is different in different contexts. In particular, its meaning depends upon the democratic nature of the nation in which it is being used.

There are many case studies on SJAM’s website that attest to this including Arocena Museum: Inclusive Museum in Torreon in the state of Coahuila, Mexico, which has a strong education programme for all children and The Australian Museums Sector’s Marginalisation of the Inside Exhibition, which puts the spotlight on overlooked history of institutionalising children in the country.

SJAM has also held a series of events to promote its aims and in June 2014 supported The Un-straight Museum Conference in partnership with Homotopia at the Museum of Liverpool. 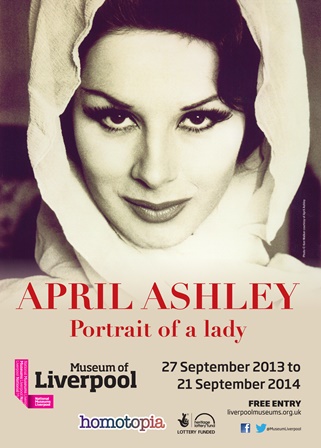 SJAM has worked with Homotopia on projects including April Ashley: Portrait of a Lady (above) who was one of the world's first people to undergo gender reassignment

The Un-straight Museum explored the role of cultural institutions, curators, and archivists in representing marginalised communities and promoting diversity.

Another important project SJAM supported was Stories of a Different Kind, the School of Museum Studies and Research Centre for Museums and Galleries, University of Leicester which ran from July 2012 – February 2014 which set out to stimulate and shape new approaches to the representation of disabled people and disability history, arts and culture.

“‘Social justice’ also connotes the need to fight for justice. Using this in the museum context promotes active engagement and an expresses the idea that museums should be spaces which address challenging ideas,” said Fleming.

“We recognise that museums are vital for representing communities who are under-represented and marginalised.”

This means that SJAM’s network can form a collective voice and promote the social impact of museums while at the same time exchange knowledge and work together on joint initiatives.

At this year’s Museums Association Conference in Cardiff in October some of SJAM’s UK members led a seminar that discussed whether social justice is a realistic goal and how it can be achieved in times of pressure on public funding.

“We are keen to understand how the network can be most relevant to our growing members SJAM is building a rich online repository of information of international case studies, tips and guidance, advocacy and policy documents and research reports,” said Fleming.

“We are continuously making more resource material from members available which is helping us shape the framework for international collaboration.

Another faculty SJAM is interested in social responsibility which involves highlighting inequalities in order to create social value.

“We want to address these difficult issues so that the museum is at the forefront of education,” said Fleming.

“We believe that giving a platform to social ills has a positive value on society. Whilst we are critical, we want to use difficult topics to promote positive change and awareness.

Examples where social responsibility has been prominent in museums include The Amsterdam Museum which addressed the Dutch period of slavery in De Gouden Eeuw – The Golden Age exhibition and encouraged the audience to think about racism and to tackle prejudice. 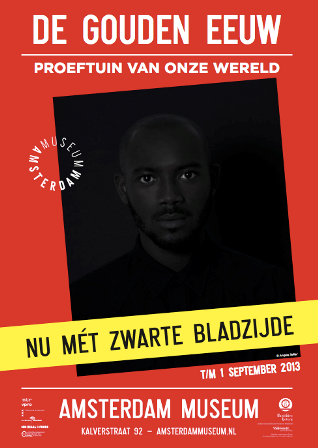 The National Museum of Australia represented the experiences of the stolen generations, child migrants and forgotten Australians in a temporary exhibition, Inside: Life in Children’s Homes and Institutions.

“Both these exhibitions explored difficult periods in the country’s history to provide education.” he said.

“SJAM both promotes social justice and aims to addresses issues of injustice through the power of museums.

“The role of museums in provoking debate, especially about issues that they have traditionally ignored, is becoming ever more important. The days of sweeping under the carpet issues arising out of, for example, imperialism and colonialism, are over.” 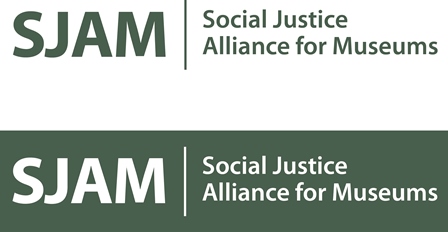 For more information on SJAM contact, Francoise McClafferty, SJAM Coordinator at [email protected] Or sign up for free as an SJAM member.