When the ss Great Britain was dragged from the shallow waters near Port Stanley in 1970 and brought back to its birthplace in Bristol, it was part of an extraordinary journey, not just for the ship, but for independent museums and heritage in the UK.

The salvage and subsequent conservation of Isambard Kingdom Brunel’s great steamship came at a time when British maritime, industrial and rural heritage was less appreciated.
However, this was also the time when a handful of players in independent museums decided to take matters into their own hands and create a new organisation that would create a collaborative network of independent museums and heritage sites.
In 1977, in the backdrop of the Queen’s silver jubilee celebrations, punk rock and national strikes, the Association of Independent Museums was born.
“AIM has come a long way since the ‘70s when traditional museums paid less attention to industrial, maritime and rural heritage, it was a time when all that was decaying,” says Matthew Tanner MBE, chairman of AIM and Director of the ss Great Britain Trust.
Tanner points to, among others, the pioneers at Ironbridge Gorge Trust set up in 1967, which is now part of a UNESCO World Heritage site charting the rise of the Industrial Revolution, Weald and Downland open air museum which opened to the public in 1970 and charts rural history from the 13th century through its 50 buildings, and what is now the Black Country Living Museum – which has recreated an industrial working town and opened in 1978.
“These people didn’t feel at home with the Museums Association and there was a strong sense of needing to club together and share ideas,” says Tanner. 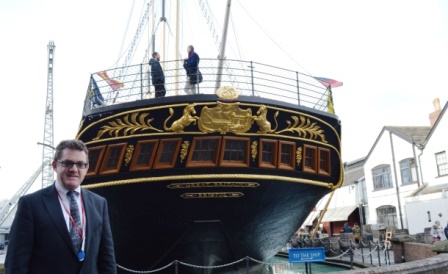 “It has been a very effective organisation since then and it is very much a reality that most museums like ours [ss Great Britain] all share the same challenges, trials, tribulations and joys.”
The Black Country Museum separated from Dudley Council in April 1976 and the staff of six were faced with the task of creating a viable museum on what was then a derelict piece of land with many old mine shafts and a water treatment works.
In 2014 it was nominated by Arts Council England as a Major Partner Museum which means it is seen as an exemplar in its field and will receive extra funding between 2015 and 2018.
It is this kind of vision that sets benchmarks for independent museums and heritage sites and inspires other organisations to think big.
Tanner, who had worked for the Scottish Fisheries Museum and National Museums Liverpool, was appointed director of the ss Great Britain Trust in 2000 where he began orchestrating a £13m conservation and regeneration project of Brunel’s ss Great Britain.
The project, completed in 2005, was awarded the Gulbenkian UK Museum of the Year Prize 2006, the England Large Visitor Attraction of the Year 2007, the European Museum of the Year’s Micheletti Award for Best Industrial/Technology Museum, and many more accolades including currently being number nine on Tripdvisor’s top 10 UK museums to visit. 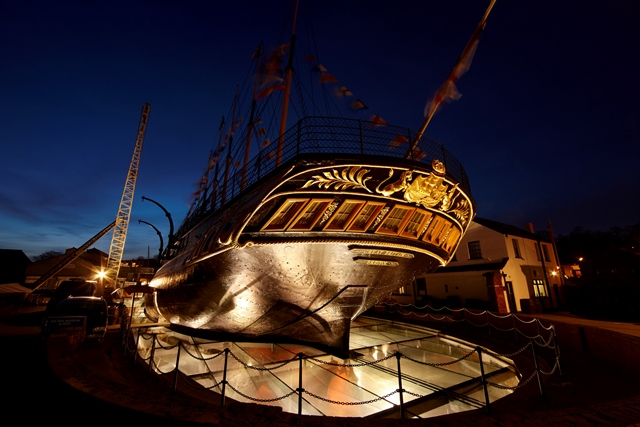 Tanner was subsequently honoured with an MBE in the 2007 New Year Honours List for his work in the heritage sector.
“It’s really easy for people to think that they are working alone on their unique project but there is a great network now,” he says.
Sharing information and advice, and leading by example are all part of AIM’s repertoire but more crucially helping people find just what an attraction’s assets are and how to take them forward to create new revenue streams – this is now defined as being resilient. As well as peer-to-peer sessions AIM offers a series of Success Guides and tool kits online to give both established a new museums practitioners’ best-practice advice including the AIM 10 Golden Rules for Good Governance. “AIM has changed and developed and the number of successful independent museums has grown. There are now more than 1,200 and their influence on thinking in the sector has also grown massively.

“It is no accident that we [ss Great Britain] won the Gulbenkian Prize, as something like half the winners have been independent museums or galleries.” ss Great Britain was launched in 1843 as the largest floating vessel and was in service from 1845 – 1886. Among its great achievements was taking 15,000 emigrants to Australia. Her recovery from the Falkland Islands, where she had been scuttled following decades being used as a warehouse since being decommissioned in 1936, led to a large-scale refurbishment in the dockyard where she was built. 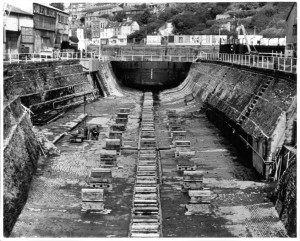 In December 2014 the ss Great Britain Trust Collection, including the national Brunel collection, was awarded Designated status as one of national importance by ACE, and a new museum called Being Brunel which will see derelict 20th century buildings beside Bristol’s Floating Harbour and the Grade II* listed drawing office where Brunel designed the ss Great Britain is in planning.
According to AIM figures independent museums attract around nine million visitors a year [2014 figures for ss Great Britain were 190,000], provide more than 6,000 jobs, are supported by up to 100,000 volunteers, and the sector is worth around £1 billion to the economy each year.
“Some official figures show a vast proportion of the museum workforce are in the independent sector and around 60 per cent of the economic impact of the museum sector comes out of independent museums,” he says.

Many of the independent museums have also been up for awards and this year two independent museums have been shortlisted for the 2015 European Museum of the Year award: Mary Rose Trust and the National Football Museum in Manchester.
“There is a real source of innovation with independent museums,” says Tanner.
He says the business model of independent museums is different from national and council-managed museums and heritage attractions with most charging for entry.
“The need to sell tickets is a powerful driver- it means we have to listen to audiences to survive which in itself is a healthy discipline,” he says.
“Giving visitors what they didn’t realise they wanted – that process is really stimulating.”
In 2014 AIM adopted a new strapline ‘Helping Heritage Organisations Prosper’ to open up its reach and signal to organisations that there are ways to make their attraction successful.

“We are saying heritage organisations, not just museums, as we think there are a range of heritage organisations with collections that have not come into the fold or become accredited and we can help maximise the commercial viability of their organisations,” says Tanner.
“We are saying it’s bigger than meets the eye, for example, a steam railway line, there are no hard and fast boundaries.
“And the word prosper was very deliberate in a time when local authority museums are being decimated. The independent sector is thriving through a major recession as a result of the “staycation” effect and higher standards of performance and customer service.
“The principal is ‘quality experiences work’.” 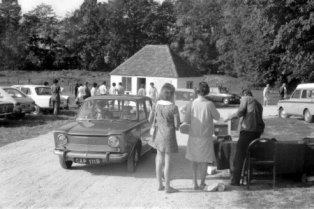 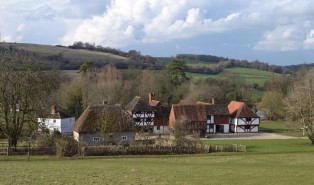 AIM is trying to help all members achieve this quality, whatever their size, and is planning to launch a new programme later this year that will bring together all its services and deliver key aspects as the “hallmark” of prosperous museums.
An application was submitted to the Museums Resilience Fund in September to expand its services and will focus on good governance, commercial and entrepreneurial approaches and related activity – a decision will be made on whether it has been successful in March.
“Half of AIM’s members do not rely on regular funding, so being independent is a challenge. There is no one particular rule. It’s about attitude and approach to take a risk, to try things out,” says Tanner.
“When organisations generally allow themselves to do that, it’s amazing what they can achieve. 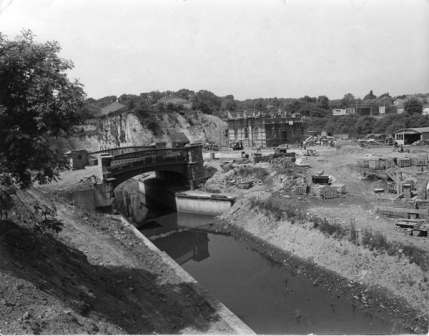 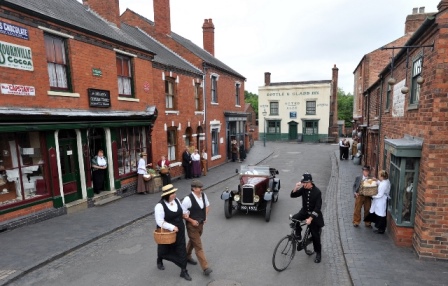 “Examples such as the new Coffin Works in Birmingham where they have different revenue schemes. It’s about seeing the opportunities around you and grabbing them.”

Tanner says having a good tea room, toilets, shop and car park are essential. “It’s not so much about partnerships but about communication, and taking a place in the world and being valuable,” he says. “There are very few examples indeed where we directly compete with each other, as independent museums and galleries, so we can afford to share and support each other for the greater.” 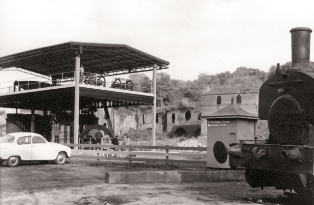 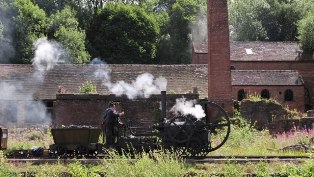 One area that museums frequently come to AIM for help with is difficulties in governance issues and how they are managing themselves.

“It may be a private owner and not a charity, or a place set up as a charitable museum in the 1960s and ‘70s and with a constitution no longer fit for purpose,” says Tanner.
“This is not a criticism of anyone, it’s the structure and ways of working they have inherited that can hold them back.”
In a climate of central and local government cuts to funding Tanner questions the dependence on free attractions and institutions.
“The cuts are going to happen, that’s widely recognised, but how are you going to deal with them, and try and move away from dependence on funds available,” he says.
“The question needs to be asked again: why should museums remain free to enter?
“It’s not about price, it’s about value – one of the museums’ assessment systems is the expectation a visitor has before and after a visit – the measure of value is if you exceed their expectations then you are giving them value.”
AIM will hold its 2015 National Conference between 18-20 June at Brunel’s ss Great Britain, Bristol.