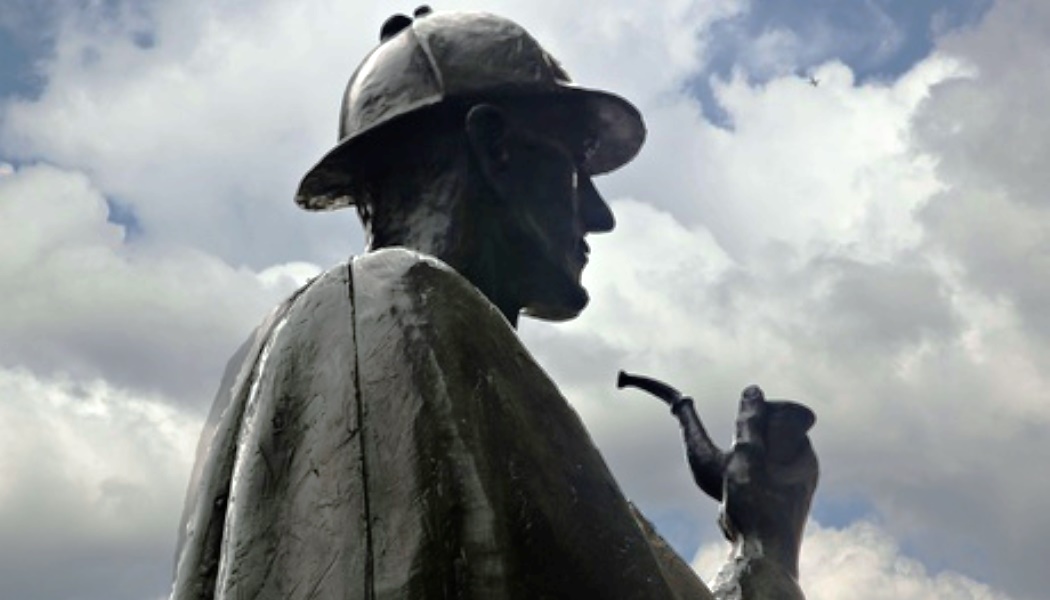 Sing London – the organisation behind The Travelling Museum of Invention, has now produced a unique and engaging experience for cultural enthusiasts on the streets. Advisor spoke to Colette Hiller, the producer of Talking Statues about how using simple new technology can help to break down the walls of museums.

“I’ve just directed Simon Russell Beale as Isaac Newton!” Hiller exclaims when we speak. Not part of her usual day job – although as Director of Sing London and the brains behind Talking Statues, she is used to getting people to do things in the name of engaging with their surroundings.

After previous city-wide successes including filling London with street pianos and Ping! – the national ping-pong project which returns this summer with a further 1000 ping-pong tables installed in public spaces across the UK, this year Sing London is encouraging us to take notice of the statues that are in our public spaces – and to talk to them. Talking Statues uses playwrights, actors and mobile technology to put words into the mouths of statues scattered around London and Manchester.

“The truth is that most of us hardly notice the statues that surround us. And yet, there they are,” says Hiller. “I found myself thinking, ‘if these statues could talk, what stories would they tell us?’

Some of the nation’s most celebrated writers have written monologues for a range of iconic statues which have in turn been animated by a dream cast of actors and comedians. “We started off thinking who would we like to voice these? And we’d think…. let’s ask Patrick Stewart. So we asked him – and he said yes! It just snowballed which was extraordinary.” 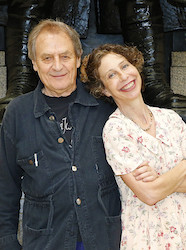 Tony Harrison, writer for The Unknown Soldier, with Colette Hiller

Developed in conjunction with Antenna Lab, the cultural technologists and providers of museum guides, the premise behind Talking Statues is simple. Walk past a statue (currently there are 27 across London and Manchester) and you can use any one of three really simple bits of technology via your smartphone to receive a call from the statue; either swipe your phone on a nearby NFC tag, scan a QR code or simply type in the tiny URL, your phone rings and…it’s Joan of Arc on the line! Nothing needs to be downloaded and no apps are required; as Hiller says “It was very important to us that it was kept as simple as possible – tap not app.” 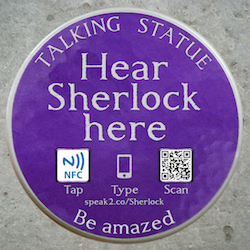 Sing has worked with, amongst others, Historic Royal Palaces, Dr Johnson’s House and the British Library to give a voice to statues which then lead people into their venues. But as Hiller says, “The wider implications for museums and heritage attractions are great. Most people only look at an object for a few seconds. If you are listening to a phone call from a statue, you are looking at it for 3-4 minutes. After listening to the call you are given a link so that you can find out more information about the subject, or be led into the institution, if it is linked to one.”

This means that you engage with the world around the statues as well as with the famous person themselves. Outside Dr Johnson’s House, his cat Hodge will talk to you and lead you into the museum. At Kensington Palace, Queen Victoria leads you to an exhibit inside. “In this way”, says Hiller, “walls can be broken down.” She is hopeful that the simple and low cost technology will be taken up by more institutions. “What we can do is take history that people may not know and make it digestible. We can create new stories.” Even modern statues can be given a voice. “We can create a cast of characters – it all results in a different way of looking at your surroundings.”

Talking Statues is also an R&D project that examines how low-cost technology can help deliver incredible experiences, and make them ever more engaging. Research on the scheme is being conducted by The Research Centre for Museums and Galleries at the University of Leicester. All of the usage data is being made available to them at no cost so that the effectiveness of the scheme can be measured. The results from data analysis, talking to users and reporting on the level of uptake will made available publicly so that museums and heritage attractions can see how effective this low cost technology has been and the value it could have to their organisation.

So far there are 27 statues – but Hiller hopes to expand the scheme across the country and then internationally. “We really want to carry on with the project and we hope that museums might commission their own Talking Statue which can work for them and help them to reach new audiences. What the project does is allow heritage attractions to foster unexpected connections,” says Hiller. As ever she is full of ideas. “Why could the lions in Trafalgar Square not be talking to you about the National Gallery for instance?” she says.

The scheme launches in Manchester first and then in London on 19th August and trails will be available on the Talking Statues website. It has been funded by NESTA’s Digital R&D Fund along with Google Fieldtrip, The John Ellerman Foundation, and Audible.co.uk who have produced the sound recordings. Sing London has also teamed up with Audible.co.uk to invite the public to animate four statues across London and Manchester. Budding writers can bid to get their words heard on the street, recorded by known actors and included as part of Talking Statues. The statues will talk in time for Christmas and the four awaiting a voice are:

 Isis in the Royal Parks

 The Leaping Hare in Broadgate City of London

 Shakespeare at The British Library