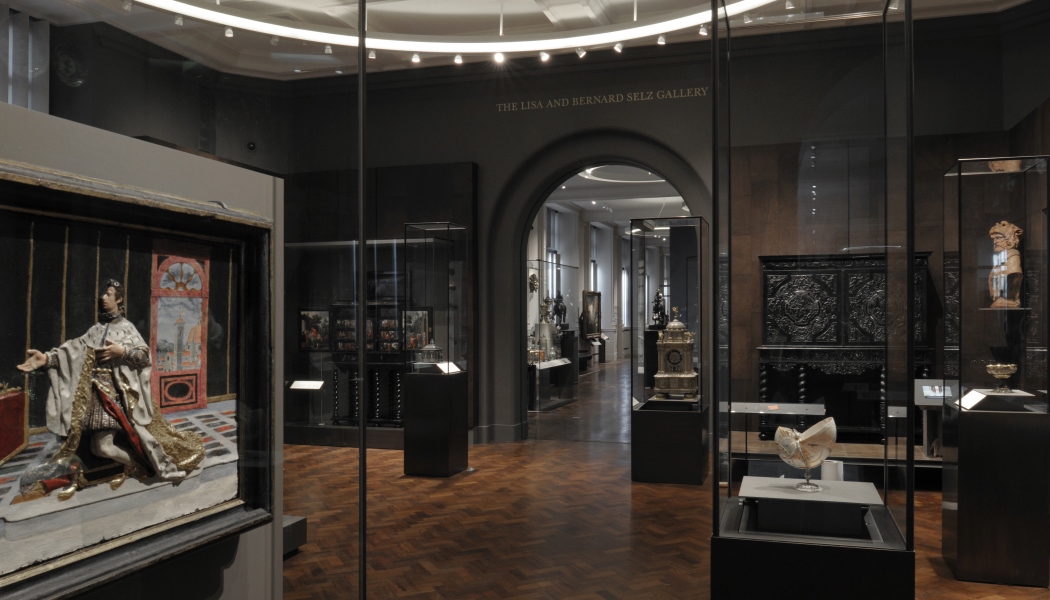 The V&A’s Europe 1600-1815 Galleries promise to change the way we look at 17th and 18th century art and design by revitalising a collection with new acquisitions and extending the chronological period, while also revealing the galleries’ original 1909 architecture and adding a 21st century touch to the design and interpretation

When architectural practice ZMMA were chosen to redesign the V&A’s Europe Galleries in 2011 they found the 1909 architecture of Sir Aston Webb had been covered up by a 1970s refit, leaving lowered ceilings, covered up windows and a notable reduction is space.

The galleries finally closed in 2009 and the curatorial team began work in 2010 on a plan to break through the constraints of the old gallery designs as well as broaden the story of European art and design of the period.

As a result the project has seen the complete removal of the interior cladding added in the 1970s, reclaimed back of house storage space and in doing so has enlarged the galleries by almost a third to 1,550 sq m.

Natural light has been returned to the spaces with previously obscured windows uncovered. Environmental controls have been upgraded to provide sustainable and stable conditions for the collection and new cases that meet modern environmental and security requirements have been installed.

“The aims were to transform the physical galleries, which were last fitted out in the 1970s,” says Joanna Norman project curator for Europe 1600-1815 Galleries. “They closed in 2009 when the environmental conditions were no longer suitable.  This needed to be improved for the objects. From a physical point of view we wanted to open up the gallery spaces and improve access to the collections, including providing disabled access. From a curatorial perspective the project involved a complete rethink of how we display and interpret our 17th- and 18th-century European collections.”

The project is a major part of the V&A’s ongoing redevelopment programme known as FuturePlan, and is in a prominent location next to the V&A’s grand entrance. Europe 1600-1815 continues the story of art and design that begins in the award-winning Medieval & Renaissance galleries (opened 2009) and completes the restoration of the entire front wing of the Museum.

Curatorially, one of the key elements of the transformation is that we have tried to broaden the picture of this period and our representation of Europe 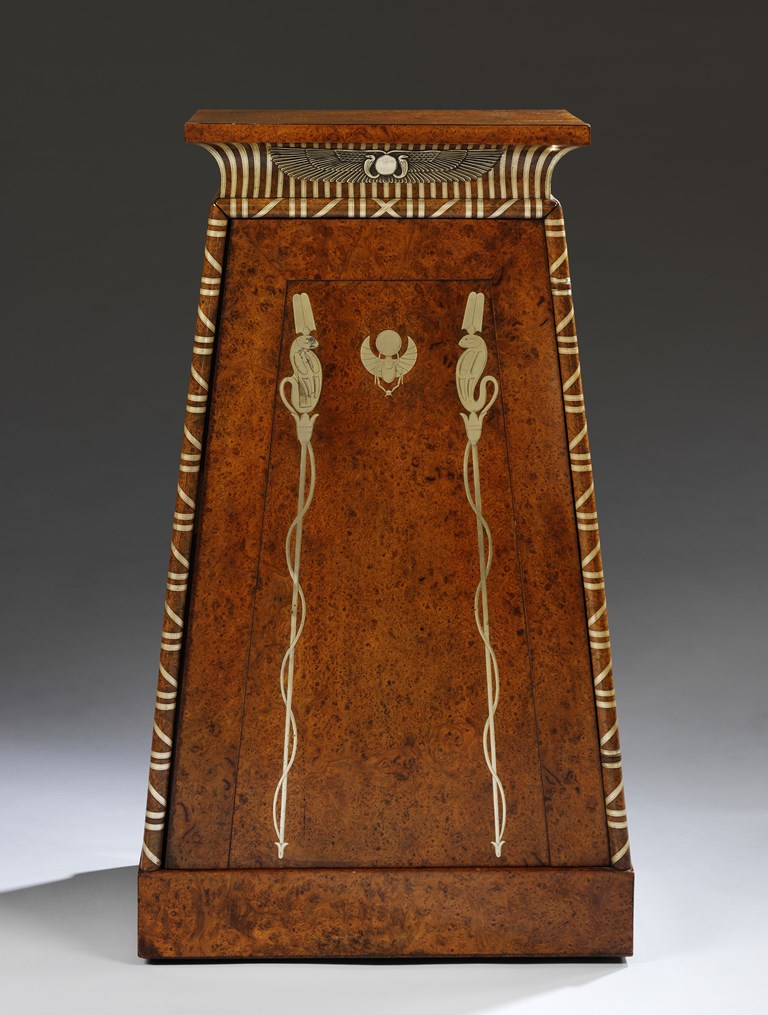 The new exhibition consists of four large galleries that tell the story in chronological sequence, alternating with three smaller, more intimate, galleries that focus on specific activities: collecting in the Cabinet; enlightened debate in the Salon (which includes a contemporary installation from artist collective Los Carpinteros); entertainment and glamour in the Masquerade.

Three historical interiors have been reconstructed and invite visitors to imagine life in the personal spaces of the time: a 17th century French bedchamber; a Parisian cabinet from the reign of Louis XVI and a mirrored room from 18th century Italy. 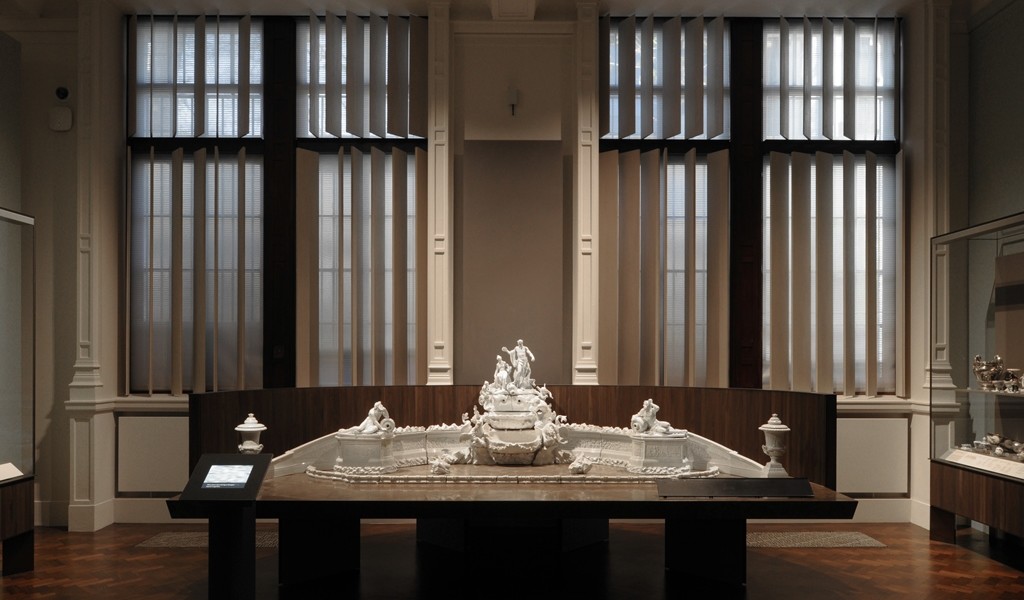 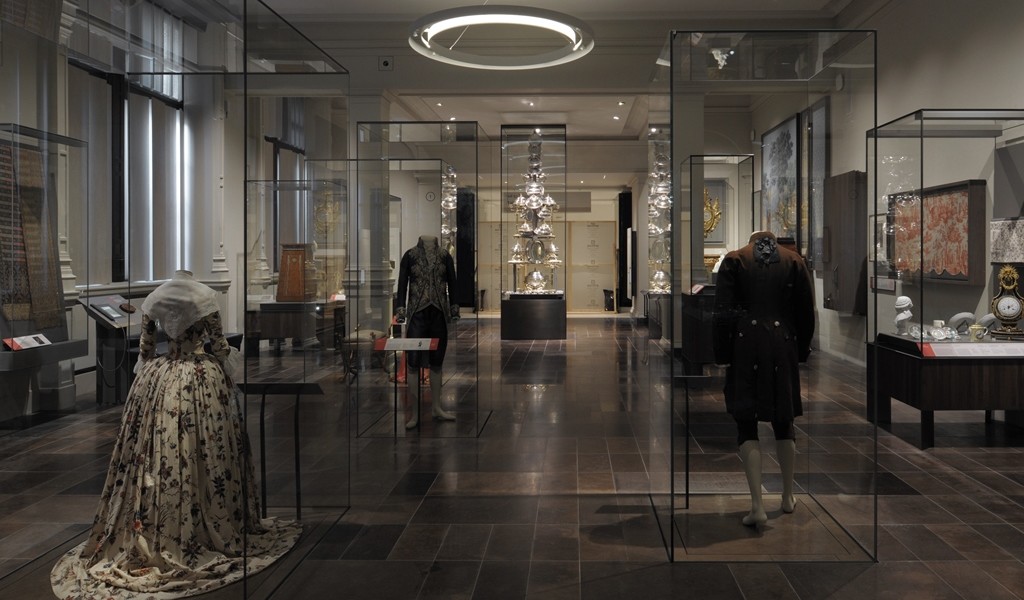 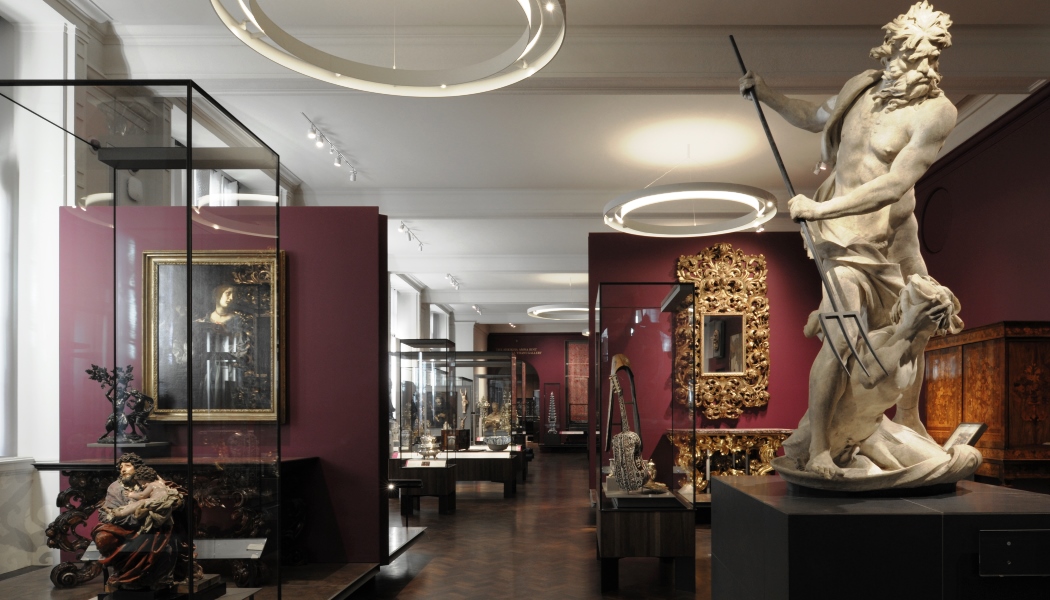 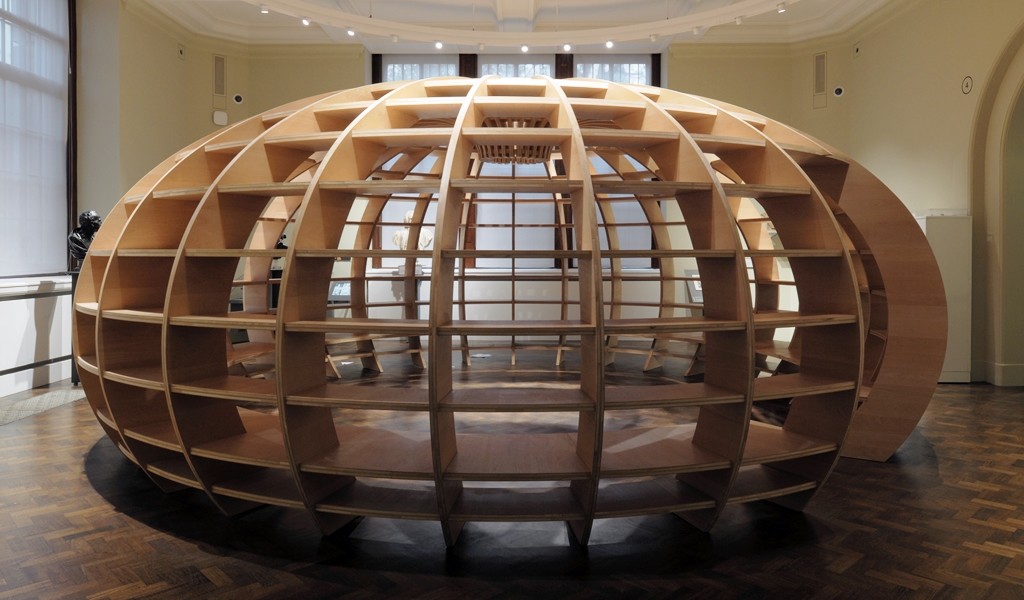 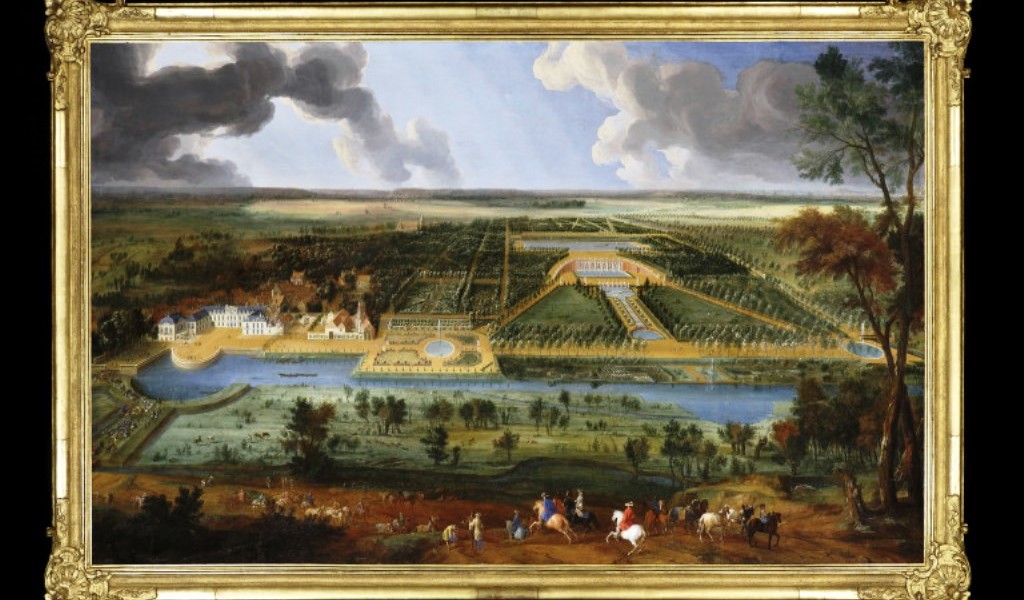 “The design is much more open, and that in itself creates a completely different visitor experience,” says Norman. “Curatorially, one of the key elements of the transformation is that we have tried to broaden the picture of this period and our representation of Europe.”

The Europe Galleries were previously dominated by Western European objects, particularly French, German and Italian. But now the curatorial team have expanded the collection’s narrative to include – where the collection allows – objects from Spain, Portugal, Scandinavia, and Eastern Europe.

“Firstly: we have expanded the representation of Europe. Secondly, we are also putting Europe in its global context,” she says.

Norman says there was a systematic exploration and exploitation of resources from Asia, Africa and the Americas by Europeans, which had an impact on art and design in Europe. This inclusion of the world beyond Europe in the new galleries reflects the historical study of global history. “We have also brought in objects not on display before [20 per cent have been brought out of storage], for example large textiles and fashionable dress,” she says. “These are important in adding a human presence and representing fashionable taste across a range of objects.”

One significant change to the interpretation of the collections is that the curators have extended the chronological period. It used to finish in 1800 and they have expanded it to 1815. “This has allowed us to include Napoleon and his defeat, which definitively marks the end of an era,” says Norman.

“In terms of interpretation, today there are far more visitors to the V&A than there were in the 1970s, it is a much wider audience, and our understanding of history changes,” she says. “We want to bring the most up-to-date thinking into our galleries. It’s about really thinking about visitors and creating as  engaging an experience as possible by improving how we use interpretation to tell the stories  of the objects and the period.”

The curators have opted for a traditional text-based approach to interpretation, but have also included technology in the form of films, which are on screens in situ in the gallery, two interactives and one very large scale immersive interactive film.

There is also a mobile audio guide and for the first time the V&A is asking visitors to use their own devices to access this through a mobile website, via the free WiFi provided. As well as this there are a number of touch items in galleries to enhance the experience for visually impaired and blind visitors

Adam Zombory-Moldovan, design Director at ZMMA said he was inspired by the Baroque, Rococo and Neoclassical objects in the V&A’s collection to create richly engaging galleries with modern interventions poised elegantly in the restored Aston Webb architecture. “Our architectural settings for the displays are detailed in beautiful materials like bronze, walnut, dark stone and leather, making the displays accessible and atmospheric,” he says.

ZMMA’s main aim was to bring the galleries and collection out with the highest level of conservation once it was on display. When the galleries were refurbished in 1978 they had subdivided the gallery spaces into much smaller partitioned rooms with lower ceilings. It was very heavily serviced and there were lots of duct marks above the ceilings

ZMMA began to open up the gallery to daylight and remodelled the footprint of the galleries and with the curatorial team started to look in detail at the 1,100 strong collection. A key aspect was to put as much as they could on open display. At the same time a number of objects had to be in display cases.

“We designed more than 100 bespoke display cases with a particular approach to ensure they have the elegance of pieces of furniture in the way they are placed in the gallery,” says Zombory-Moldovan. The display cases were manufactured by German firm Glasbau Hahn who carried out the technical aspects. Some of the cases are framed in bronze and are standing on feet so the restored teak floor is running through part of the galleries is visible.

In order to create the three historical room interiors ZMMA carried out some major structural work to enable them to be reconstructed in the galleries. “We have created spaces that have an atmosphere and personality that makes it seem to be the right place to be viewing objects of this period,” says Zombory-Moldovan. “We have developed changes in mood with the colouring and lighting so that the chronological and stylistic story is communicated not just by reading the labels but by the quality of the space and the materials we have used.”

ZMMA has made full use of the latest LED lighting and worked with Sutton Vane Associates in using small concealed light fittings and also creating an architectural feature with a series of large suspended rings or hoops of light which flow over the displays.  “This has helped enormously, it’s a game changer that we’ve been able to model the lighting into the space.”

The transformation of the Europe 1600-1815 Galleries have been made possible thanks to lead support of £4.75m from HLF and the generosity of a number of donors, private individuals and trusts.