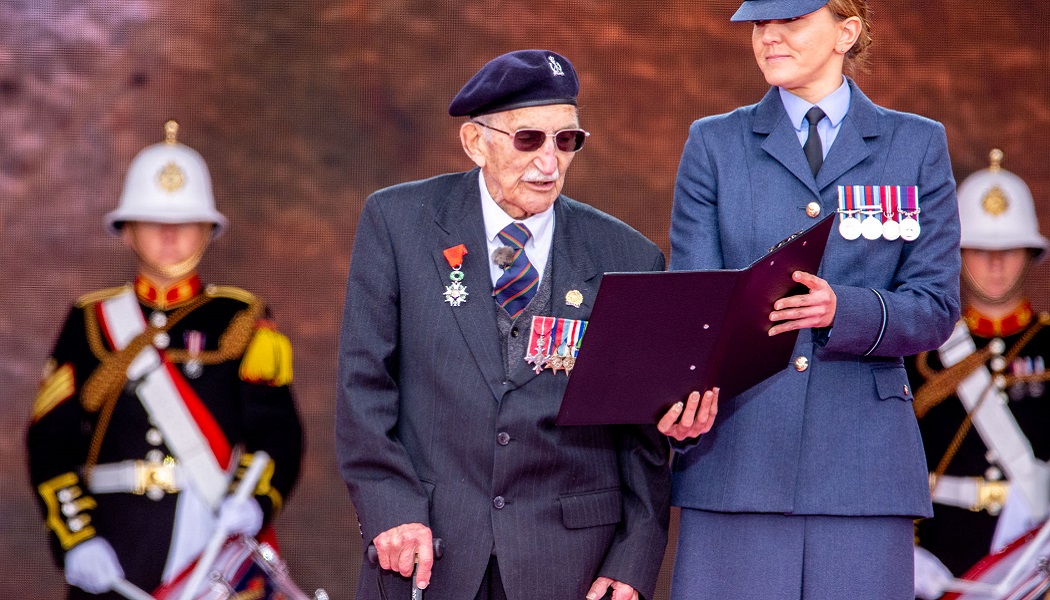 Museums across the world would never be able to function without the generous support of unpaid staff.

To mark Volunteers Week, we pay tribute to an individual whose tireless work drew him heartfelt plaudits from the people of Portsmouth, countless international visitors and, perhaps most notably, the Queen.

For independent museums in particular, the number of volunteer hours they are able to secure when reopening after lockdown will be crucial in determining long-term survival chances.

Volunteers Week 2020 falls at an opportune moment for the sector to reflect on just how vital their ranks of willing, generous unpaid staff are.

Well before a pandemic hurled the sector into crisis, individuals who selflessly donate their time, expertise and charm have been the lifeblood of museums across the UK.

One individual who personified everything necessary to become volunteering royalty was World War II veteran John Jenkins MBE. As much a staple of the D-Day Story experience as Dippy became for a generation of visitors to the Natural History Museum, John was an intrinsic part of the Portsmouth museum’s fabric during a 15-year spell.

Having celebrated his 100th birthday in 2019 – a year which saw him receive individual praise from both the Queen and U.S. President during commemorations for the 75th anniversary of D-Day – John sadly passed away in December. 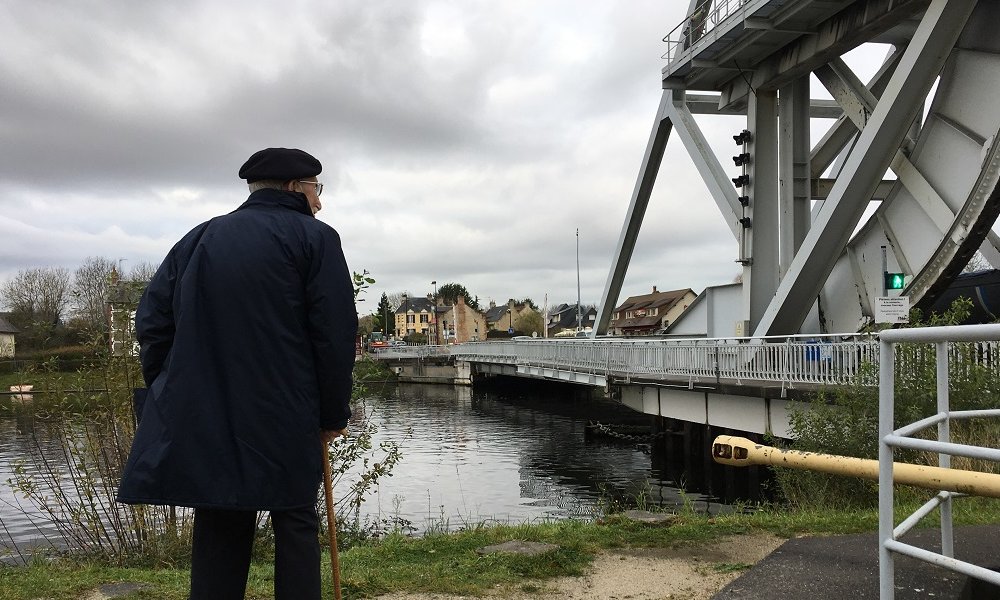 “John was a truly irreplaceable volunteer,” notes Felicity Wood, public participation officer at the D-Day Story. “It’s difficult to substitute the experience of actually talking to someone who lived through such a momentous period in our history.”

In addition to the accolades he received during the international D-Day anniversary ceremony, last year saw John named Volunteer of the Year at the Museums + Heritage Awards – having been nominated by his colleagues at D-Day Story.

“Because of John,” Wood continues, “visitors came away from the museum with a personal connection to the past. He was comfortable sharing his experiences with people from all walks of life and was fantastic with children. We were so proud that he had a leading role in the national commemoration of D-Day last year, coming on stage to speak just before the Queen.” 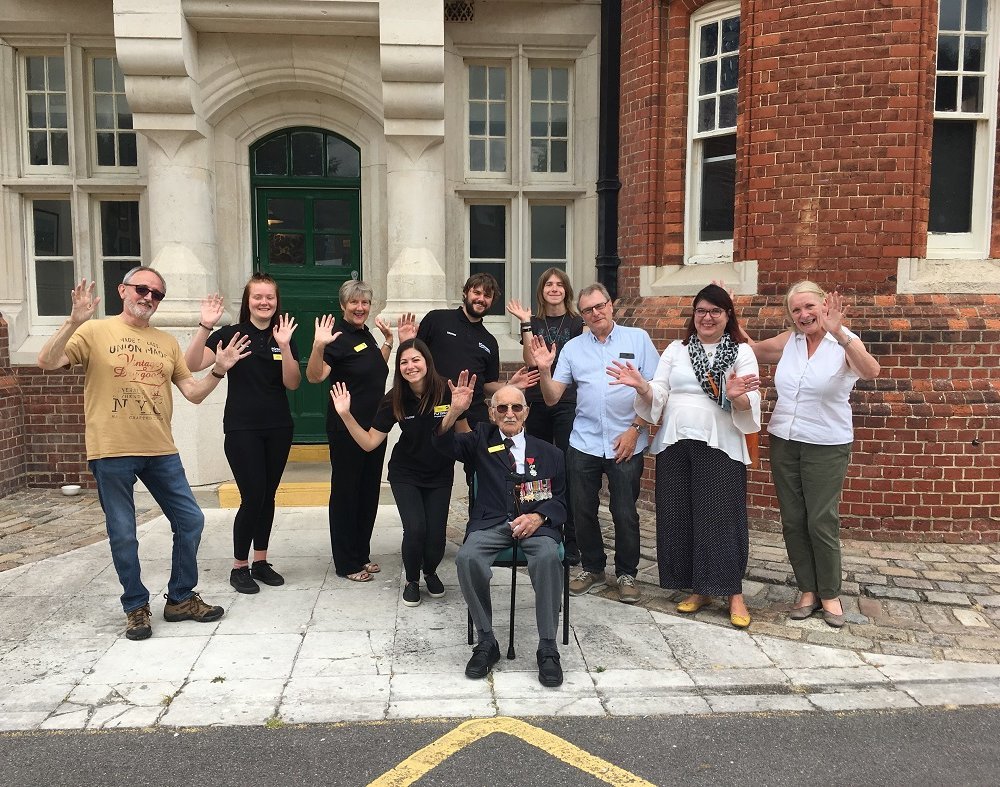 Visitor feedback only serves to heap further praise on the veteran. A Facebook post from a Norwegian visitor to the D-Day Story in 2018, for instance, said: “Best thing was that I got to sit down with Sergeant Major John Jenkins, who went ashore on D-Day. A 99-year-old who could tell his experiences. That talk was worth the whole visit!”

In addition to volunteering twice a week at The D-Day Story, Jenkins was involved with various other organisations across his home city on the south coast. This included his role as a boardroom steward at Portsmouth Football Club.

Such was his popularity at the Club, the Fratton Park boardroom has now been renamed in his honour. 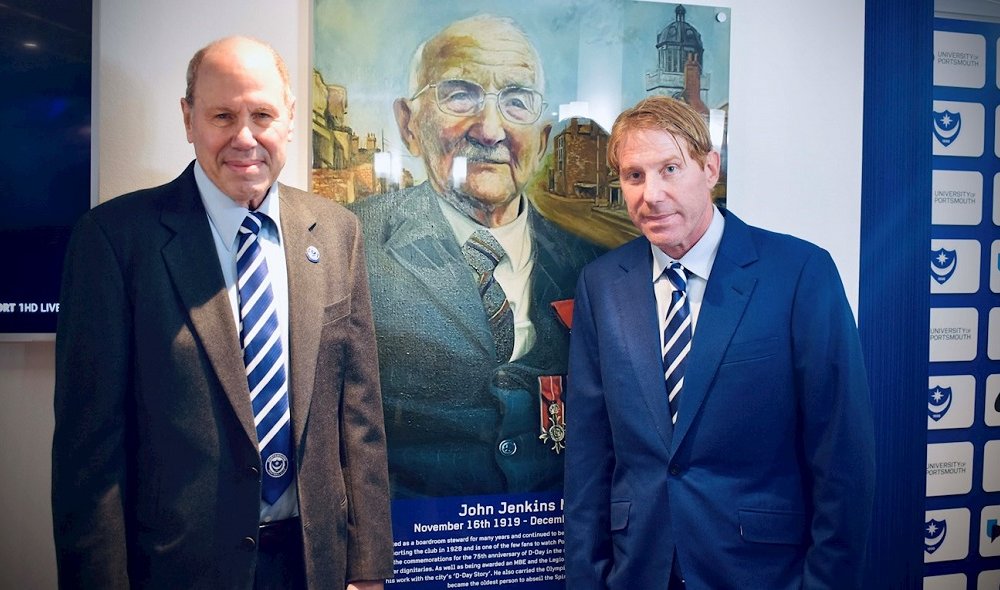 “John will be missed by so many people from the city and further afield, so it’s wonderful that his name lives on in the John Jenkins MBE Boardroom,” says Michael Eisner, chairman of Portsmouth Football Club.

Demonstrating the staggering levels of admiration for him within the Portsmouth community, 2012 saw John selected to carry the 2012 Olympic Torch as it toured the British Isles ahead of the London games.

It isn’t hard to see why he was such a local hero, with his adventurous spirit leading him to become the oldest person ever to abseil down Portsmouth’s famous 170-metre tall Spinnaker Tower in 2015.

Epitomising every quality necessary to excel as a volunteer, the memory of John Jenkins will be preserved by all who encountered him and can hopefully serve as a shining example to entice others into donating their time and knowledge to support causes close to their heart.