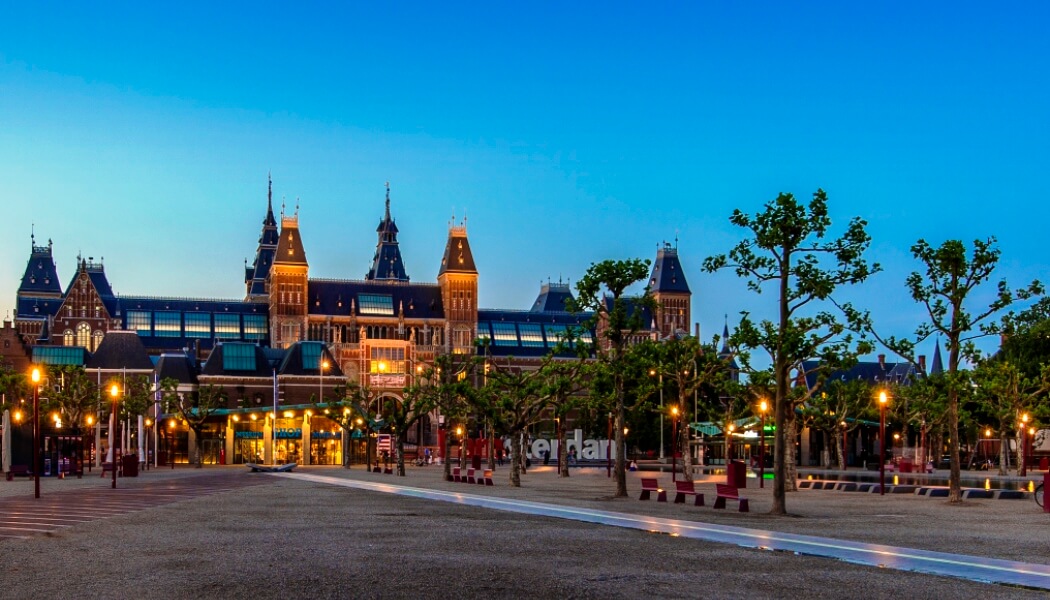 In 2013, following ten years of restoration and renovation, the Rijksmuseum in Amsterdam reopened to the public. But it was not just the fabric and fixtures that were given an overhaul – a new robust ticketing system was introduced to, among other goals, boost online ticketing sales

Here Advisor talks to Stanley Tjan, Application Manager at the Rijksmuseum and Syx Automations’ Matthijs de Gruijter, about how the new system has not only transformed online ticketing sales but also introduced the museum to a working group of other museums that use the same system, which continually share feedback and improvement ideas that are then implemented by the supplier

As the 15th most visited museum in Europe (according to the Museum Index 2016, published by the Themed Entertainment Association), The Rijksmuseum in Amsterdam deals with more than two million ticket sales annually. As a paid for museum, all visitors are required to buy tickets either in-house or online.

In order to manage the expected rise in visitor numbers post-renovation, the Rijksmuseum decided to tender its ticketing requirements in 2011 and requested several suppliers to participate in the process. Syx Automations were chosen as the winning bidder and implementation began at the end of 2011 and by 2012 the museum’s online ticketing and guided tour modules were set up.

Syx provides the ReCreateX software which is used for administrating a broad variety of tickets, events, tours and group bookings. The system keeps track of the maximum available capacity per timeslot and type of booking. With the fully integrated guide planning software of ReCreateX they manage the planning of guides based on their work schedule and expertise.

“The main aims of the project were to maximise the customer experience by providing a flexible and easy to use way of purchasing tickets and making group and schools visits and ensure the customer has a smooth journey,” says Matthijs de Gruijter, Syx Automations’ Sales Manager for the Netherlands. “As part of the solution the Rijksmuseum needed a suitable POS system to provide an API (application program interfaces) integration. The ReCreateX API is based on web services and enabled the different suppliers to exchange information in real time and this included details on visitor numbers, available capacity, income etc.”

In its opening year in 2013, the museum attracted more than 2.2m visitors and in 2014 nearly 2.5m – a new record. Since then online ticketing sales have increased from two per cent to 35 per cent and more than half (55 per cent) of those people came from the Netherlands, and more than 350,000 of the visitors in 2014 were children, representing an increase of nearly 20 per cent. This included 100,000 children on a school visit. 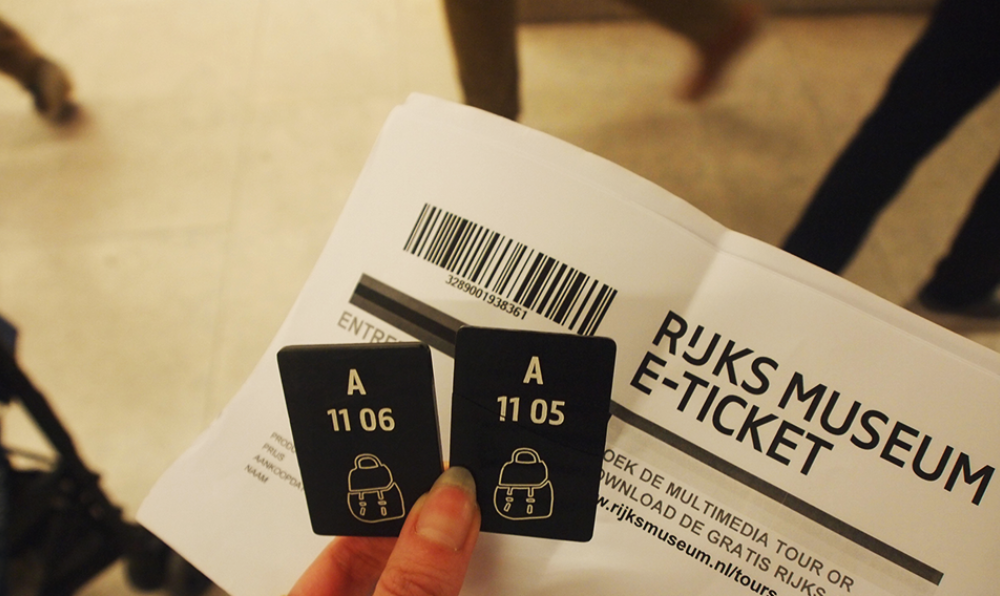 Online ticket sales at the Rijksmuseumhave increased from two per cent to 35 per cent since 2013. Photograph by Ice Pandora

“The Rijksmuseum receives visitors from all over the world so the system has to be simple to understand and easy to use, says de Gruijter. “If a popular new exhibition is launched the system needs to cope with peak load of traffic and data. The system obviously needs to be able to handle a large amount of transactions in real-time and be operational 24 hours a day, 7 days a week. Due to our powerful datacentre capacity, Syx are able to provide the support and if necessary scale up the server capacity if needed to make sure everything runs smoothly and stable.”

The Rijksmuseum was founded in The Hague in 1800 and moved to Amsterdam in 1808, where it was first located in the Royal Palace and later in the Trippenhuis. The current main building was designed by Pierre Cuypers and first opened its doors in 1885. With the renovation, Spanish architects Cruz and Ortiz have turned the 19th-century building into an open museum for the 21st century. Leading French architect, Jean-Michel Wilmotte has designed the galleries, fusing 19th-century grandeur with modern design.

As part of a major redevelopment, The Rijksmuseum also introduced a new robust ticketing system

“The museum became a lot more spacious after the renovations,” says Stanley Tjan, Application Manager at the Rijksmuseum. “Prior to the reopening we sold tickets online and there was a digital strategy for that. But it wasn’t the main focus and the total amount of tickets we sold on line would be around two per cent. Now with 35 per cent of tickets sold online we have a strategy to focus even more on our online ticketing sales in the coming years.” This includes the development of a new app to be launched in 2018 that will, unlike the current app, have a feature for buying tickets.

Tjan, whose job it is to align the museum’s business goals with IT, says it uses ReCreateX for facilitating its online ticketing, guided tour, lectures and events bookings. In the back office it is used for planning the guided tours and for looking into operational info on tours and bookings. Before working with Syx the museum had multiple systems facilitating those different functional needs and one of the aims for the new ticketing system was to consolidate those functions.

“So a big plus was the consolidating of existing applications and processes. Instead of having system ‘x’ facilitating the online ticketing system and system ‘y’ working to be able to host the incoming inquiries for tailor made tours, we now have that all in one package. That is ReCreateX. This was essential as we were expecting greater visitor numbers following the reopening. In order to keep the back office as efficient as possible the choice was made to standardise our programme. Choose a programme, book, pay, visit and enjoy the museum.” 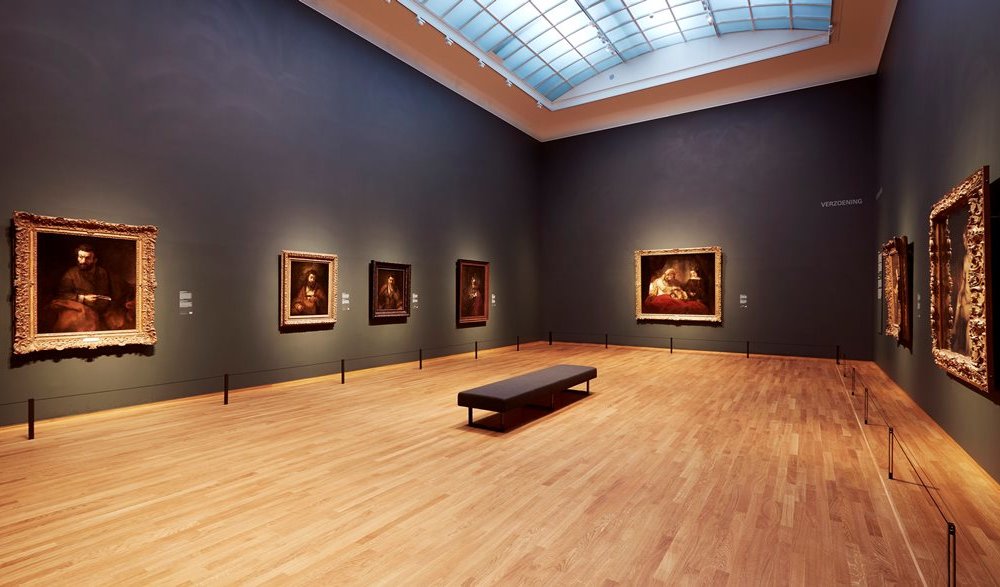 “You have to imagine that during that exhibition we had set up time slots. You would have to buy an additional ticket for the Late Rembrandt exhibition and because of those timeslots Recreatex enabled us to regulate the flow of visitors for said exhibition” says Tjan. “Most people booked online because only online could you choose your timeslot – if you came to the museum to visit the exhibition without booking, there would be a chance that the timeslot you wanted would not be available and you might have to wait. We marketed towards that goal as well so people knew if they wanted to visit the exhibition it would be best to book online.”

Tjan has been working in his current position since October 2012 and his first project was to set up the ticketing system for the public, and also the preferred partners, tour operators and resellers, for the grand reopening in April 2013.

He says the system has transformed what the museum can do. Focusing more on online ticketing sales and moving its guided tours online has created more data and business insight. It has allowed the museum to get to know its visitors a lot more.

“There is a lot more insight into the interests of our visitors by interpreting the booking data for example. Guided tours: do they book on certain days and at what time? The term big data comes to mind but most importantly, these new insights enables us to enrich our visitors’ experience.”

The Rijksmuseum was one of the first museums to start using the ReCreateX system and now the leisure market, as Syx calls it, is very important to them, which is great for Tjan and his team because the user group is getting bigger and larger internationally.

Tjan says that in his experience Syx is a very flexible company. They organise user group meetings annually, so each museum can provide input after which they will undertake research to see whether that input is a market driven feature to be implemented as part of one of its product updates.

“If the Van Gogh Museum for example, which also uses the ReCreateX system, sees a certain application for a certain feature and we and other museums in Netherlands, Belgium or the UK do too, then they implement it and it becomes a standard feature, which is great because this way the product keeps aligning itself to the market it serves.”

The Rijksmuseum is using ReCreatX as a SaaS (Software as a Service) solution so it pays for the product as a service without being bothered by the technical maintenance of the software and hardware. The advantage of having a standardised package such as this, says Tjan, is that it is a lot more robust as opposed to custom made software where a company would have to invest every time it wanted to update or change its features. “Also, very importantly for us as a museum (we are not a corporate bank with a large in-house IT team), is that we don’t carry out our own developing, so if you are working at cost you want to focus on your core business, which for us is not developing software. Our core business is, however, using certain IT applications or tools to, provide an online ticketing solution for example.”

The ambition now is to keep moving the percentage of ticket sales upwards and also continue to better understand the visitor through its interactions buying online tickets.

European Museum of the Year

Stolen masterpieces restored and back on display at Van Gogh Museum

Rijksmuseum to restore Rembrandt masterpiece live in gallery and online