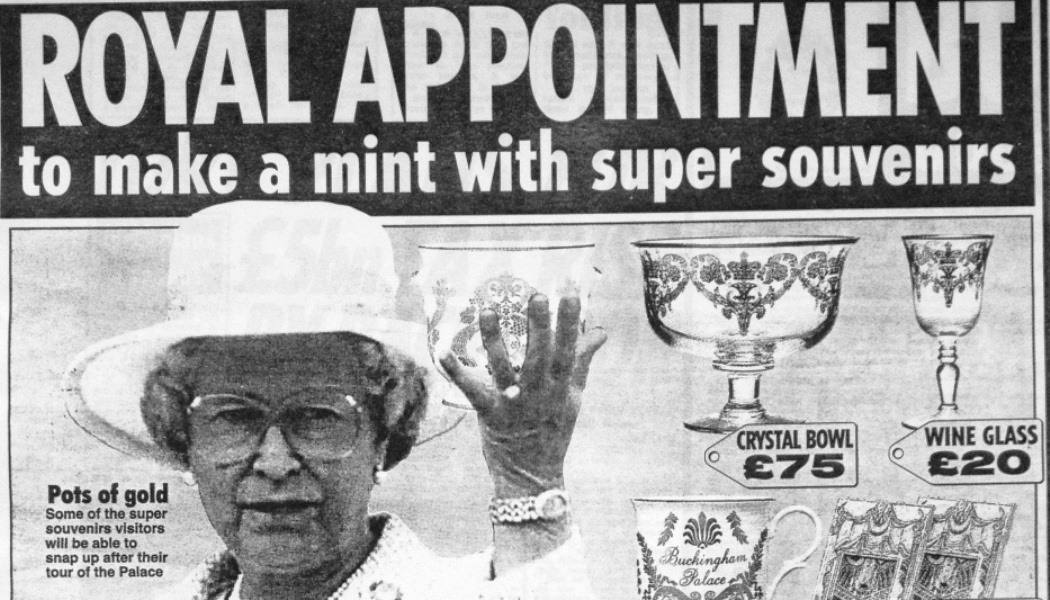 How to make a retail success: be bold, take risks and stick to your brief

At this year’s Museums + Heritage Show one of the key challenges facing museum retailers will be addressed: how to commission new products. Heritage retail expert, Stephen Spencer will hold a session on Thursday 18 May that will focus on strategies for creating and commissioning new products: where to start, how much to pay, how to manage risk and how to get the best out of suppliers

Here Advisor talks to Spencer about his career in heritage retail spanning 30-years and how the sector has developed over those years. Also, in the case study below he offers his expert advice on developing retail products for museums 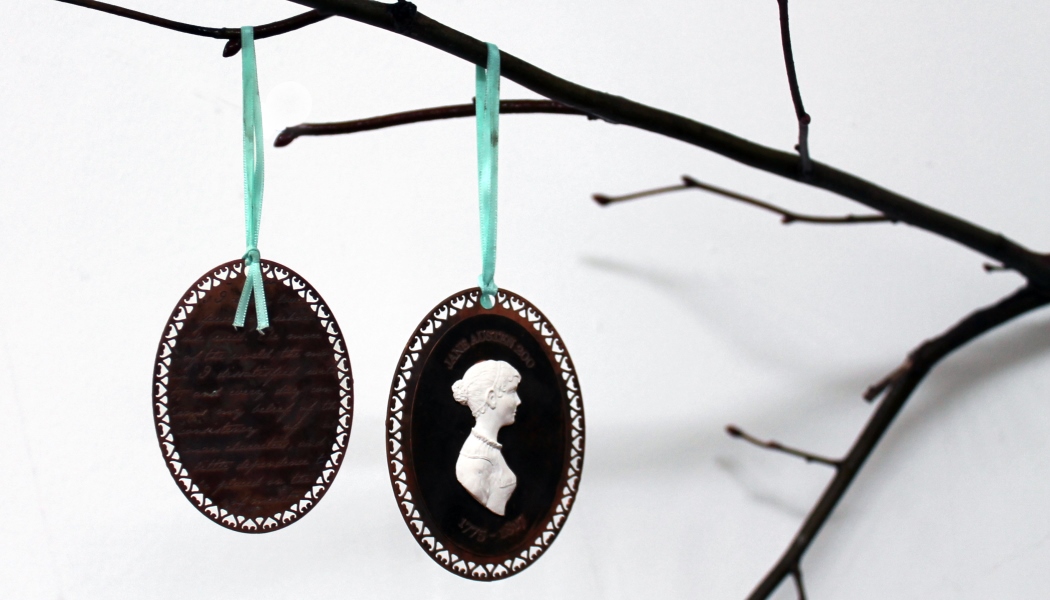 Stephen Spencer, founder of Stephen Spencer and Associates, has his own philosophy on museum retail, which he is only too keen to pass on to willing ears. This philosophy revolves around positive customer experiences. Key to this he says is making an effort, working harder than anybody else and digging deeper than anyone else to find out where the opportunities are. But that’s not all, as Spencer says retailers should be active in talking to as many people as possible, having perseverance and grit, create something amazing and taking a few risks. So, not much then. But this all comes from the man himself taking risks and learning along the way.

Spencer began his retail career in the high street at Hamleys, where he learnt about ‘retail and theatre’ and the customer experience as opposed to just putting things in front of people.

Following this he moved to Historic Royal Palaces, when it was established in 1989, as head of retail at the Tower of London. He then went to work at the Royal Collection where he says he was at the ‘right place at the right time’ to set up the Buckingham Palace shop when the palace first opened to the public in 1993.

“When I went to work for HRP at the Tower of London there was a very public sector mentality of ‘jobs for life’ and really low risk, very little creativity and a military culture, so it was a very challenging place in which to be customer focused,” he says. “Taking a few of the ideas I learnt at Hamleys we made it work, such as if you do it really well, with confidence and swagger customers love it. We were able to transform the sales in the first year and then went from strength to strength. We were part of the first wave of increasing professionalism in the heritage retail sector.”

Spencer says that his predecessor was a civil servant who had no previous retail experience and that at the time there weren’t any really high quality museum shops – exceptions were the British Museum, the V&A and Chatsworth House.

“And over that 28 year period we have seen a complete turnaround,” he says. “To where many museum shops are better than a lot of high street shops.”

When he joined the Royal Collection it was not long after retail had been the responsibility of the Lord Chamberlain’s office, which famously tried to censor Lady Chatterley’s Lover, and he says its attitude to members of the public wanting to buy souvenirs was ‘very dusty indeed’.

“When we opened the Buckingham Palace shop they thought we would just sell guide books and postcards and they gave us a very small tent to do that. But I insisted that we had to create an experience on a par with what people would have seen in the state rooms.”

The supplier kept saying we can’t do this, we can’t get you a unique goblet shape we can’t get the engraving process to work all the way around and all the up the bowl. But we managed to get it done 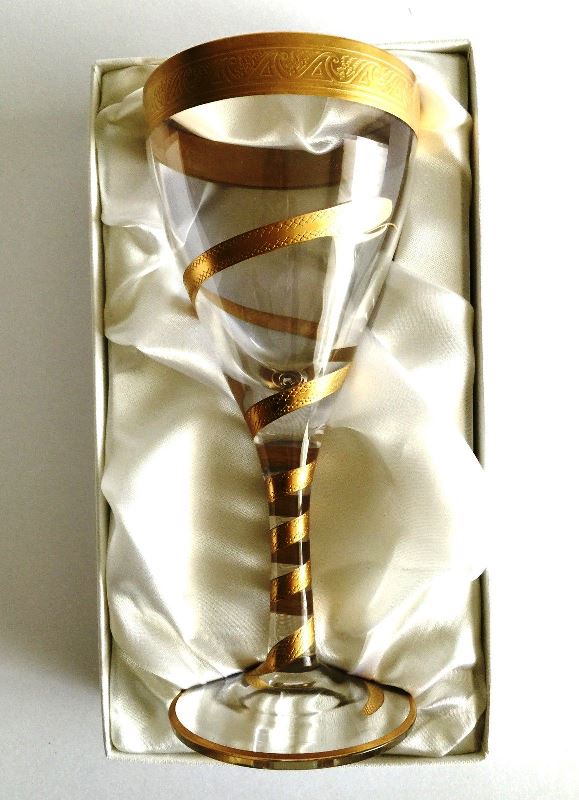 Eventually the retail team began to commission and make products that were of similar materials found in the palace such as ceramics, textiles, jewellery and glassware. They made limited editions and special editions and succeeded in generated a healthy revenue: far beyond the expectations of the organisation.

“And that example of that shop really shows that if you do things with quality and taste and you spend money on the right things that form part of the customer experience, such as training the team, you can make a lot of money.”

But that only comes from taking risks, says Spencer, who also spent 11 years following his role at the palace as commercial director for the National Trust Scotland, where he was responsible for all the revenue streams, marketing and customer services.

“You have to be prepared to take the risk, we were originating products that hadn’t been seen before, not everybody sells commemorative china and at times it meant working with suppliers to do things they thought they couldn’t do.”

A good example of this was when Spencer and his team were working with a glassware manufacturer to produce a range of unique goblets with a serpent wrapped around the stem and the bowl, which was also engraved and infilled with a 24 carat gold, based on a lamp standard in the palace.

“The supplier kept saying we can’t do this, we can’t get you a unique goblet shape we can’t get the engraving process to work all the way around and all the up the bowl. But we managed to get it done.”

The goblets were sold for £50 each and one of the trustees at the time, Deborah Duchess of Devonshire, who was also in charge of retail at Chatsworth House, bought a dozen. Following her death last year there was an auction of her personal effects at Sotheby’s and the goblets sold for £4,500. 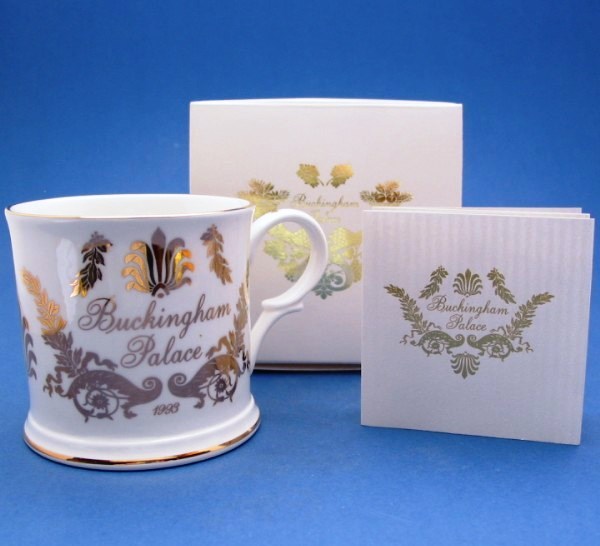 Over the five years that Spencer was working at Buckingham Palace the shop generated 17 per cent of the total cost of restoring Windsor Castle.

“What learnt from that experience was to have a great concept, develop it with confidence, don’t allow yourself to be blown off course, spend the money where it’s going to be seen by the customer and ensure you have a great team, well-trained and well-motivated to sell it. That’s vital.”

Since the early 1990s there has been a great increase in professionalism in museum retail says Spencer and that is partly down to a harsh financial climate, which has meant they have had to become better at generating revenue.

“This has seen quite a lot of people recruited from the retail sector just as I was recruited from the high street. Now the best of museum shops don’t only follow trends but they are almost setting trends particularly when they are reflecting blockbuster exhibitions so the merchandise can become iconic.”

Buckingham Palace is one of early examples of merchandise that became iconic he says and now we are seeing that more and more partnerships between museums and high street retailers, particular cutting edge stores such as Selfridges. For example, Spencer says you can now see high street stores selling museum merchandise. Harrod’s for example has a Buckingham Palace shop within it. The V&A and Tate have worked closely with high street stores in London for blockbuster exhibitions, creating products that are not found elsewhere on the highs street.

“The confidence comes from these experiences:  if you don’t try and if you don’t take a risk then you never stand a chance of having a huge success  and stay at a level of not achieving. The whole point of the Museums + Heritage Show talk is to help give museums the confidence to actually to take a few risks, not risk the entire business, but risk something, grow in confidence and then try a bit more and move forward in a measured way without standing still or going backwards.”

Spencer believes that there are many ways to succeed even as a small organisation and says that a few years ago he opened a chocolate shop in York and without the budget to employ buyers he did a reccie around all the London stores and made a note of all the brands they were stocking and made his own range from that.

“Look in stores where the best buyers are working. There are no secrets, the products are there for you to see and you can learn from it and adapt that to your own style and your own budget. Also, seek advice from larger organisations.”

But the main thing to appreciate when launching a new range of products, says Spencer, is have a very clear brief: “It’s very easy working with creatives and artists to get blown off course and you end up with something the artist wanted to produce that what you actually needed.”

Date for your Diary

Stephen Spencer will be talking at the Museums + Heritage Show on 18 May and you can register your place now.