Sudley House is an art gallery and period house which contains the collection of Victorian ship owner and merchant George Holt and although more than 180-years-old it has the very latest in environmental monitoring and control equipment to preserve its walls and the objects and furniture within them.
Part of National Museums Liverpool (NML), Sudley house is rare in the fact that it is furnished with original features as well as retaining its Lincrusta wallpaper from the late 19th century.
The house has benefitted from environmental monitoring for many years throughout its visitor rooms and storage areas. Recently, in line with other NML museums, Eltek Data Loggers Ltd, together with Novatron, installed Eltek’s GenII wireless environmental monitoring to replace the old and unreliable monitoring system. 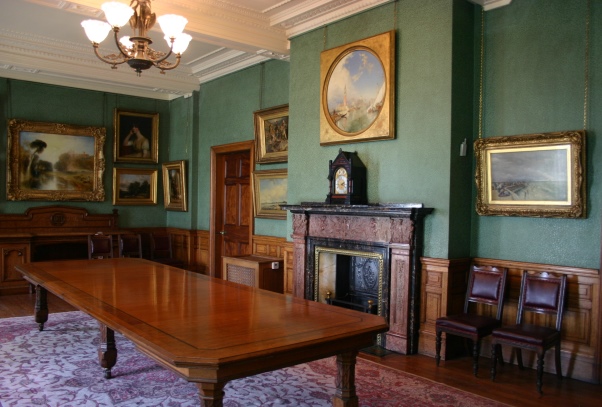 The new system uses specific instruments including approximately 20 x GD10 compact battery-operated, wireless relative humidity and temperature transmitters.
These provide permanent records for archiving and examination of the environmental conditions throughout Sudley House’s many rooms.
As well as this, the effects of external weather conditions and visitor footfall can be studied.
Transmitters are discreetly installed in the drawing room, dining room, morning room, library, entrance hall, Liverpool room, McNair room, Holt room, Shell room, Bullock room, picture store and managers room, providing precise and reliable relative humidity and temperature information reported back to the “hub” receiver logger.
Similarly to the standard Eltek monitoring system, installed in many museums throughout the UK and Europe, the Eltek GenII is widely used due to its user-friendly nature and easy expansion capability.
In addition, part of the NML requirement for Sudley House was to replace the aging control system for the individual room heaters.
Each room has been equipped for many years with electrical powered oil filled radiators, with each radiator being wired back to the switching control panel in the basement. There are 16 switching contactors controlled by the Eltek system at present. Eltek, together with Novatron and NML, carefully specified what the ideal environment should be for each room, depending on its function, on the time of day and the day of the week.
As the environmental information was already available at the data logger from the wireless transmitters it made complete sense to use this data to control the heaters via the contactors installed in the basement. The new Eltek HC16 logger/controller married up the requirements for data logging and controlling. 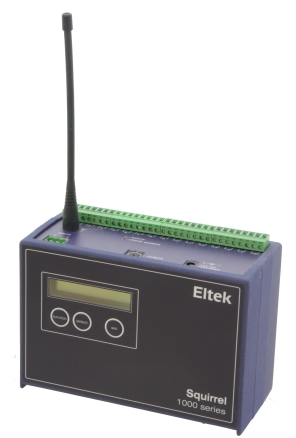 An additionally important part of the specification was that the conservator for Sudley House should be able to adjust the temperature or the relative humidity in a particular room without reference to any third party. Eltek modified its Darca Heritage software normally only used for data display and analysis to act as a programming tool for the HC16 controlling functions.
Three basic modes of operation were implemented:
1) Temperature control only
2) Conservation mode – using heating to control humidity, and where humidity is part of the control loop
3) Comfort mode – temperature control but respecting conservation requirements and visitor comfort levels
These modes all come with individual night and day and weekly programmes.
The system can text and email alarm messages to key personnel if any predefined parameters are exceeded, so that the necessary corrective action can be taken promptly preventing escalation of a problem.
The system uses Eltek’s Darca Heritage software. This advanced software designed for collection managers and conservators is ideal for multi-site working using a central data base and provides various levels of system access dependent on administrator controlled user privileges.
"Darca Heritage uses floor plans of Sudley House to display readings from individual transmitters in their correct location, with readings colour coded to indicate that all is well or if a value is out of the normal operating range," said a spokesperson.
"Not only does the system log the environmental parameters but also the heater/radiator activity. Reports and system statistics can easily be created. Users can also view the individual room graphs via a regular web browser over the internet.
"Both Novatron and Eltek are extremely pleased to be associated with NML and the joint spirit of cooperation, eagerness to get a job done well and cost effectively is appreciated by all."