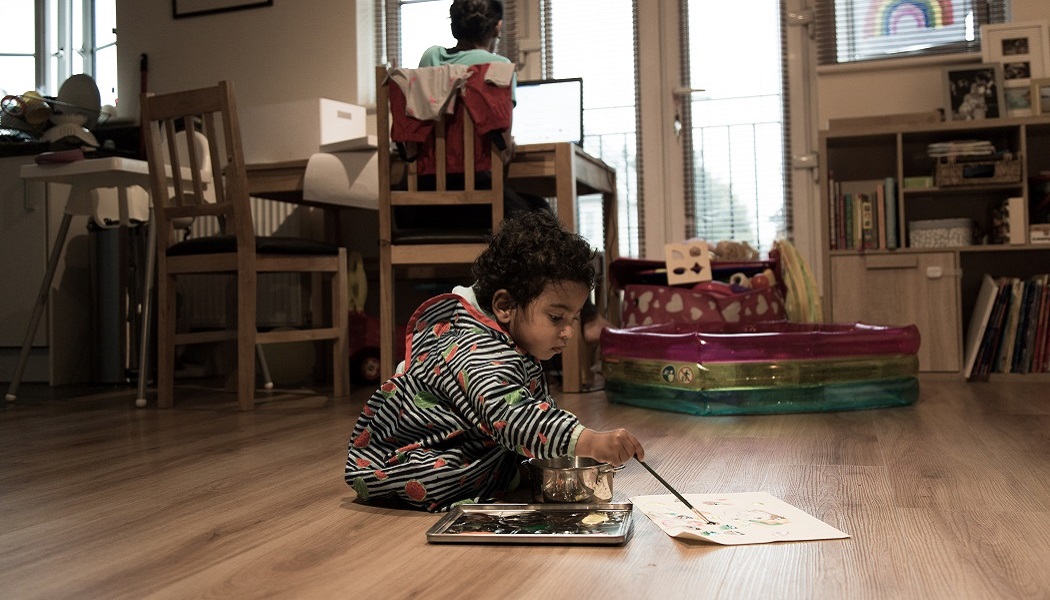 What was a home in the past, what is it now, and what will be in the future? These questions have been rife during the pandemic and museums are now grappling with how to chart shifting domestic norms in programming, while also  determining the importance of their own bricks and mortar.

For the majority of the past 12 months museum content has been accessed in living rooms, kitchens and anywhere else people care to utilise their smartphones or computers. Lockdown life has ushered in a litany of questions over the future of things once considered fundamental to how the sector operates, such as whether physical spaces are indispensable.

Pioneers such as Birmingham Museum & Art Gallery have shown just how bold the digital frontier can be. Having been at the forefront of virtual access when the Covid-19 outbreak began on UK shores, the institution has since scorched a trail with an innovative online game partnership and the launch of an on-demand digital subscription service. 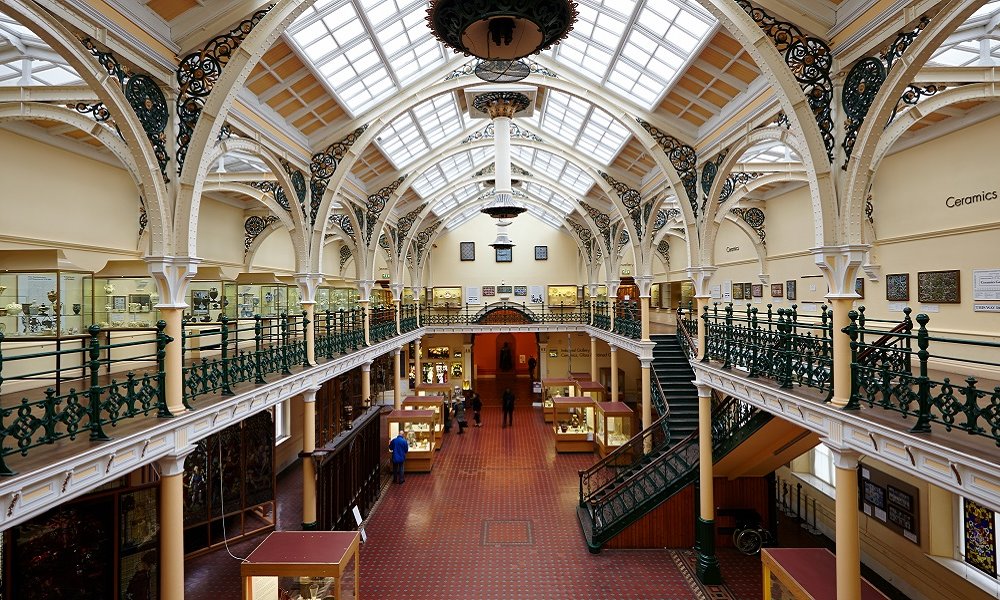 Elsewhere, the staggering popularity of robot tours, ingenious home working arrangements to continue conservation, and the rallying of cultural hubs to support local communities with food and respite have highlighted the importance of culture to society.

The pandemic’s harshest moments have also highlighted the distance between museums and exiled audiences when spaces are shut, while simultaneously evidencing the significance of the bond between both parties. 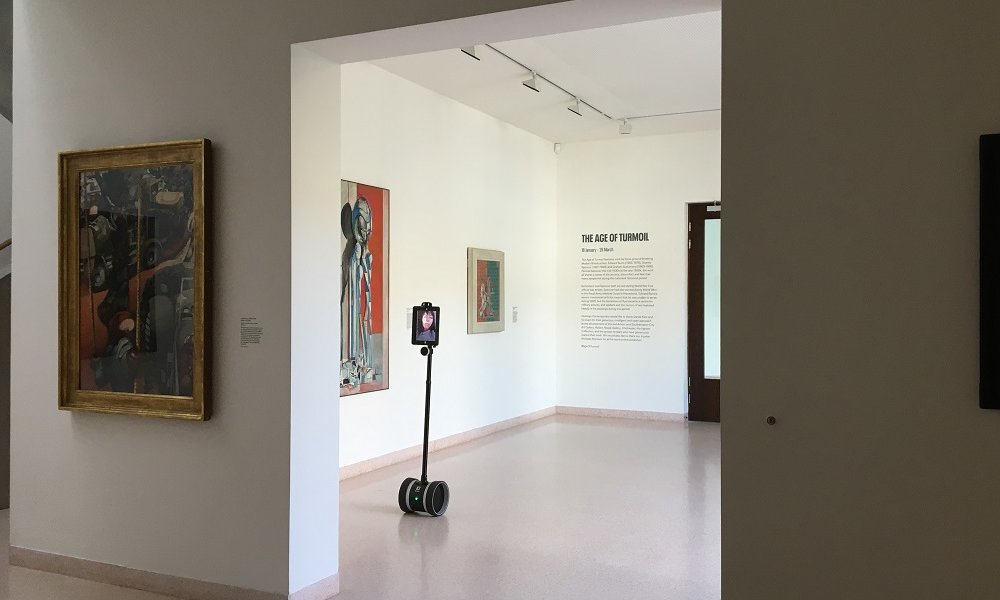 History of the home

One of many cultural attractions to have its plans eviscerated by the pandemic is London’s Museum of the Home. The site, formerly known as the Geffrye Museum of the Home, was due to reopen last year following a major redevelopment but was instead left to remotely launch a new collecting project designed to chart the changes in what a ‘home’ meant to the public under lockdown.

Stay Home launched in April 2020 as a rapid response addition to the museum’s Documenting Homes Collection, which features an archive of photographs and personal testimonies charting ways of living during the past century.

Museum of the Home director Sonia Solicari said “home has never been more important” as the project was launched almost a year ago. The resultant pandemic archive would, she added, “offer a personal, unfiltered insight into the wide spectrum of domestic life nationwide”. It certainly didn’t disappoint. 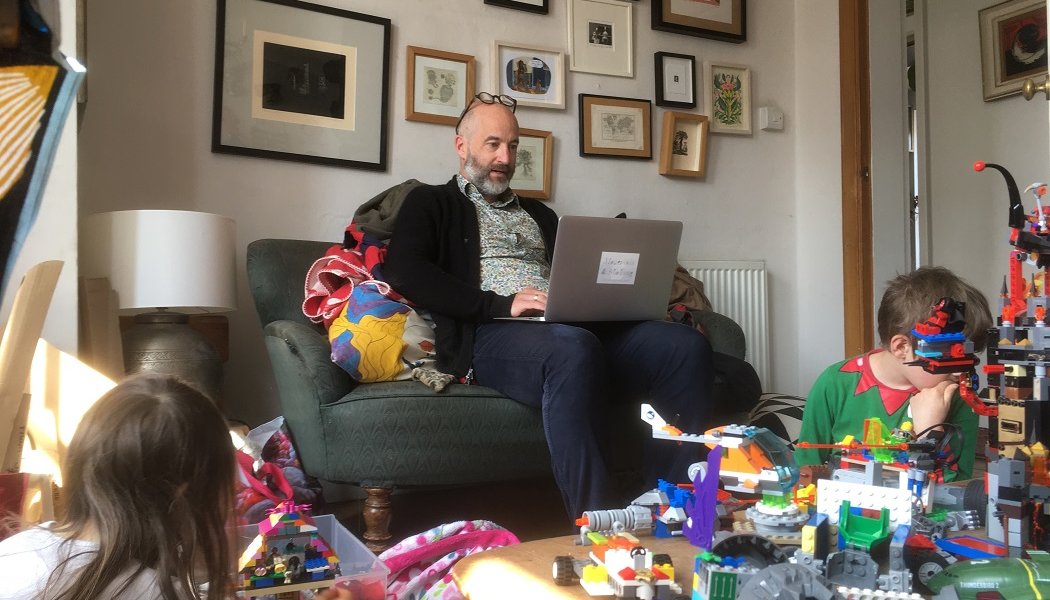 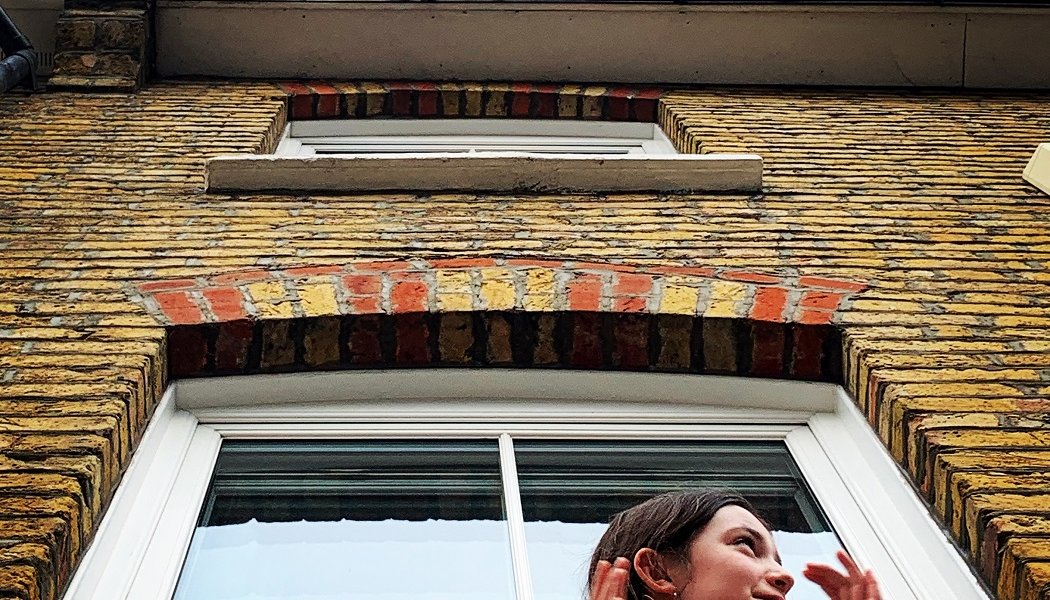 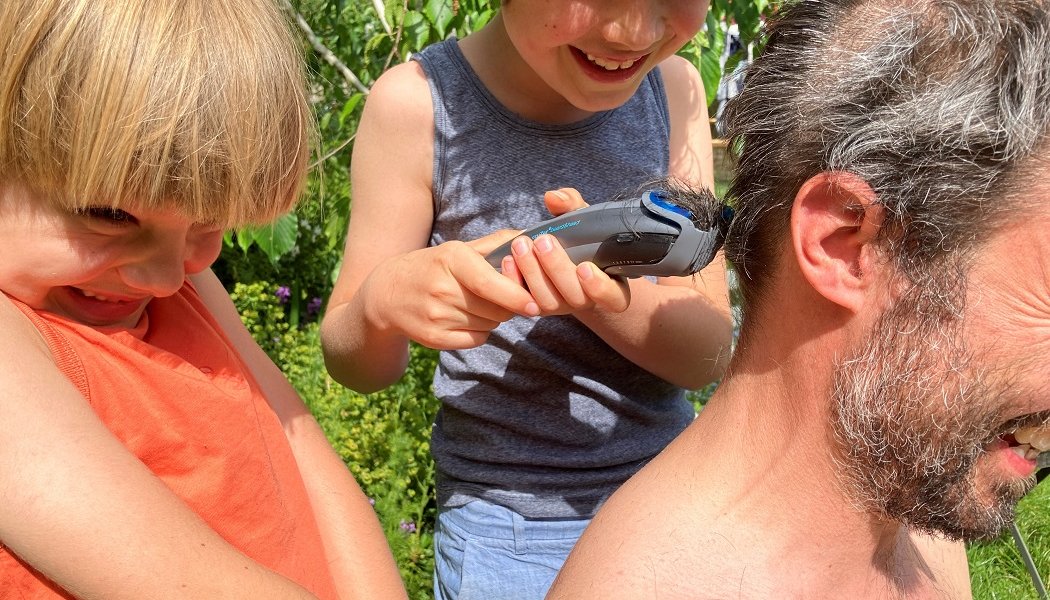 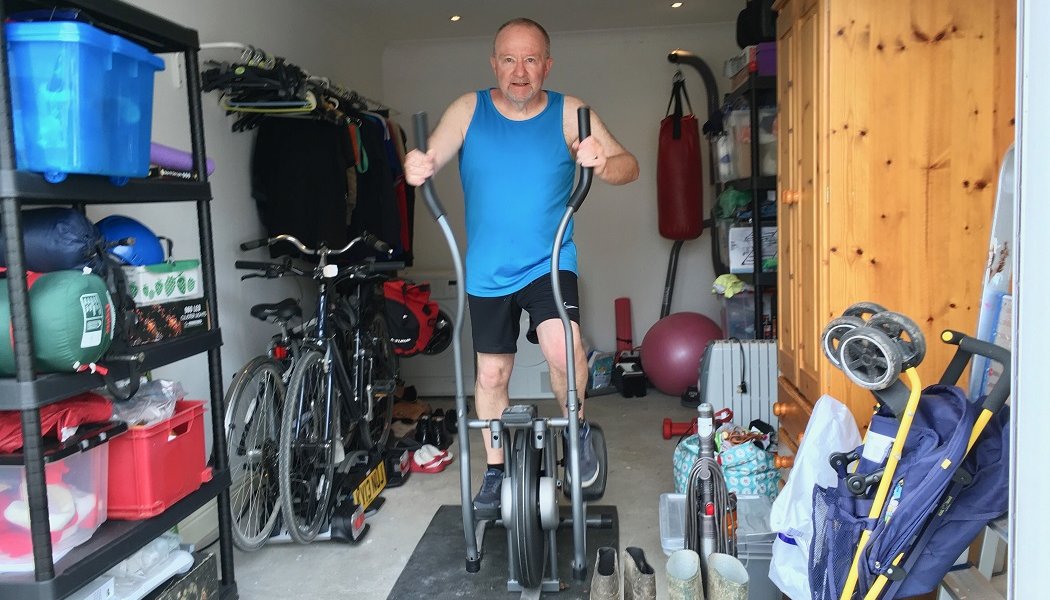 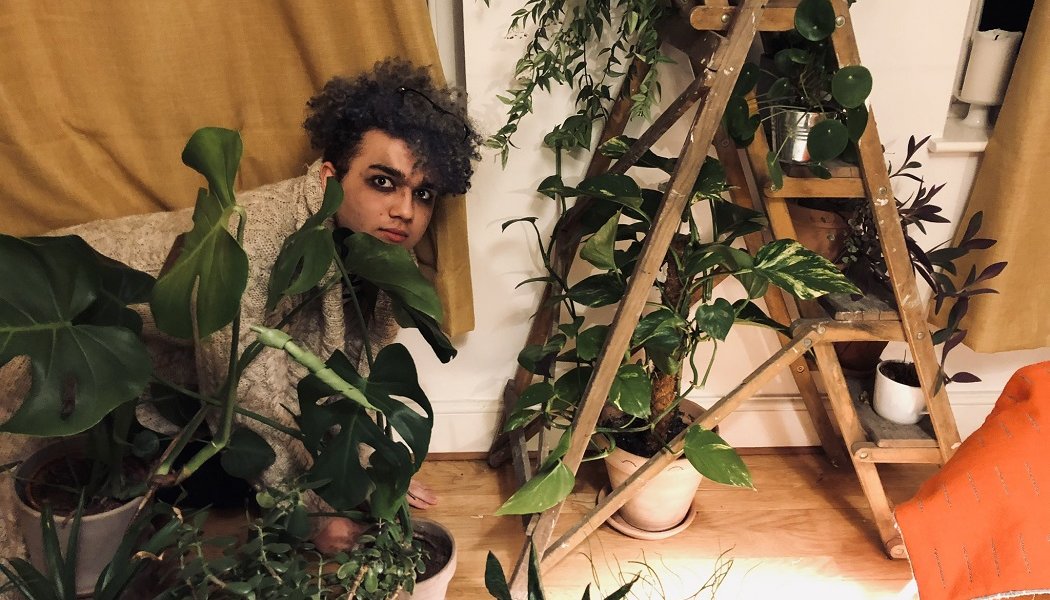 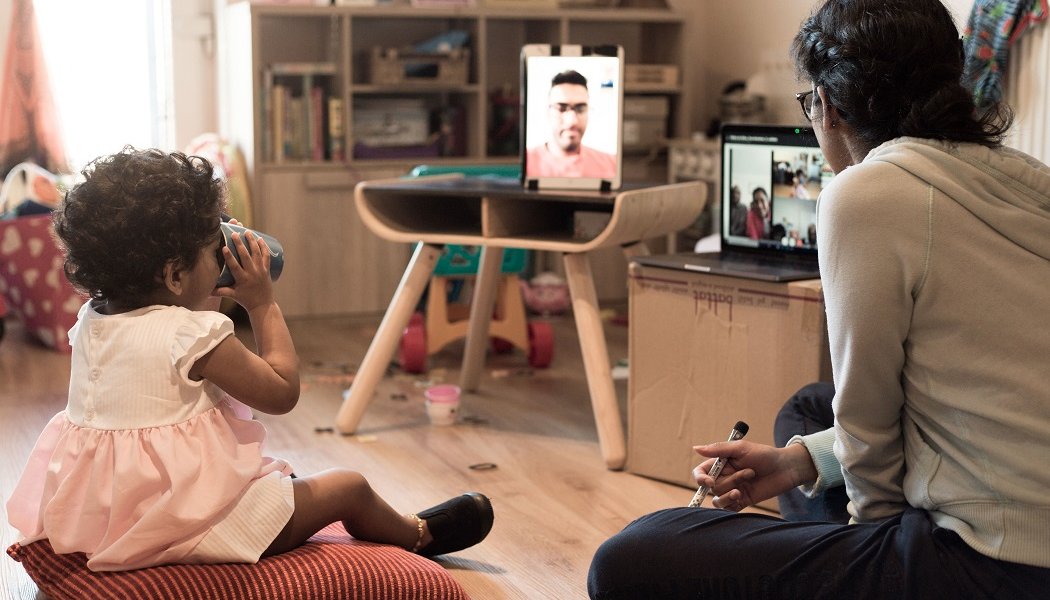 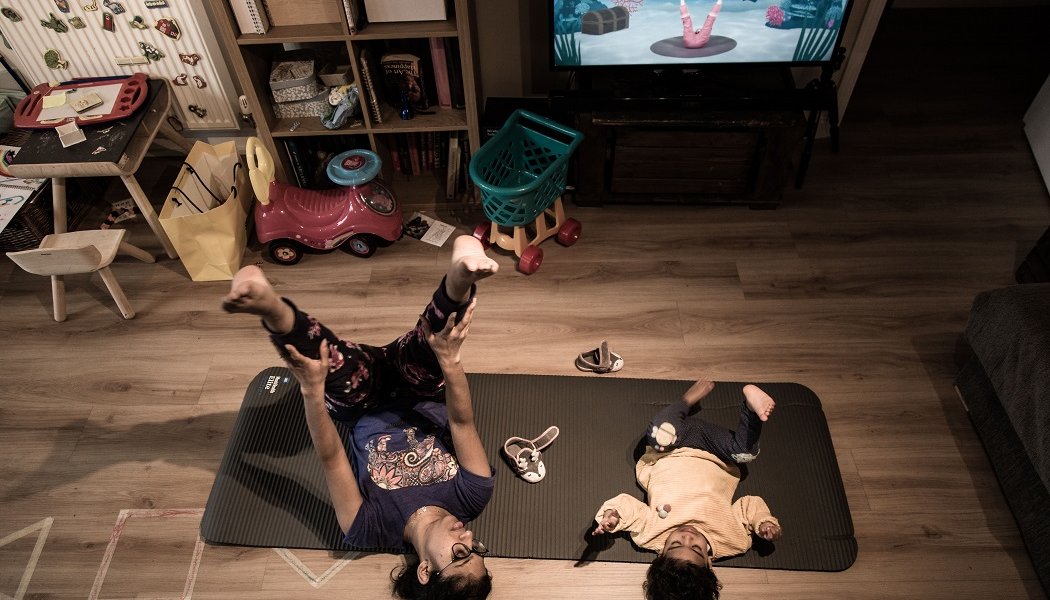 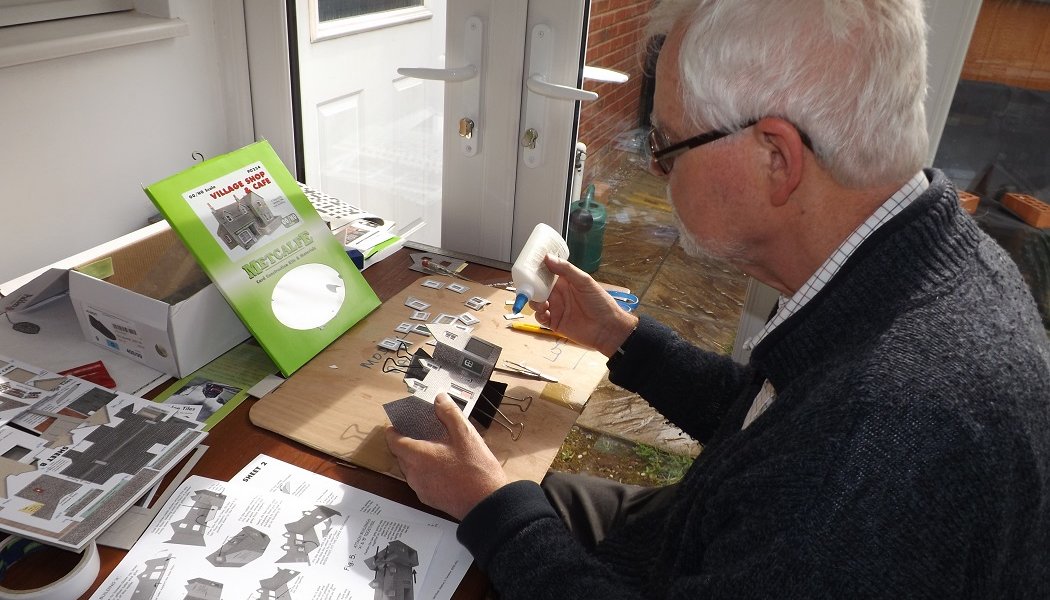 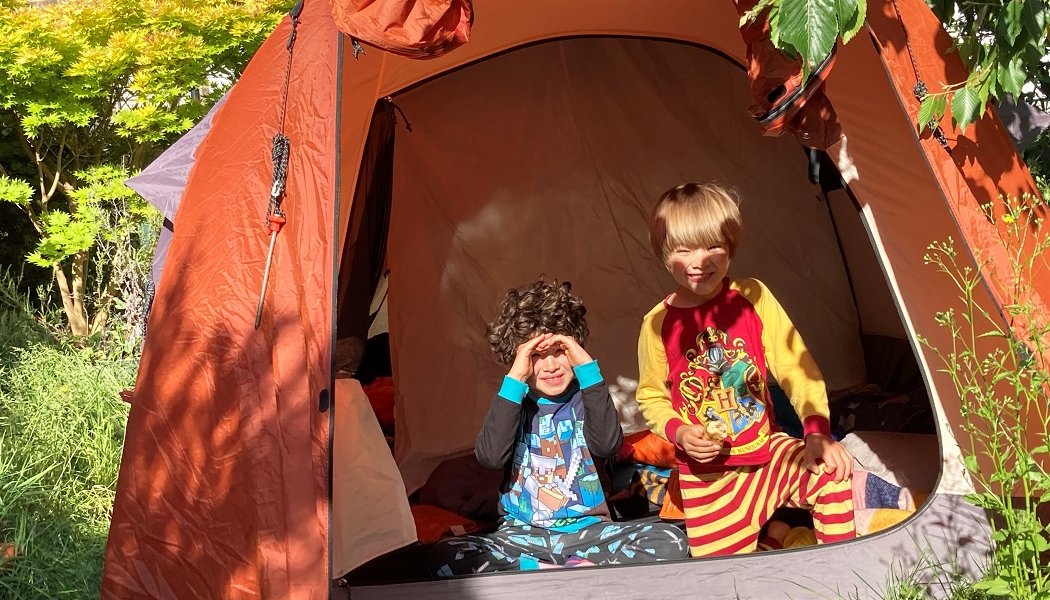 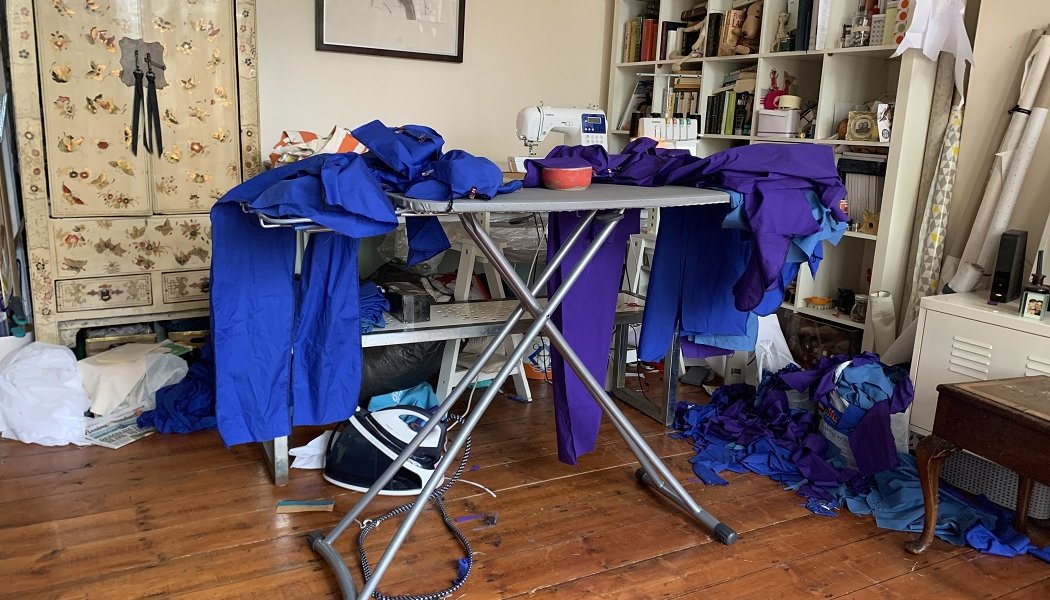 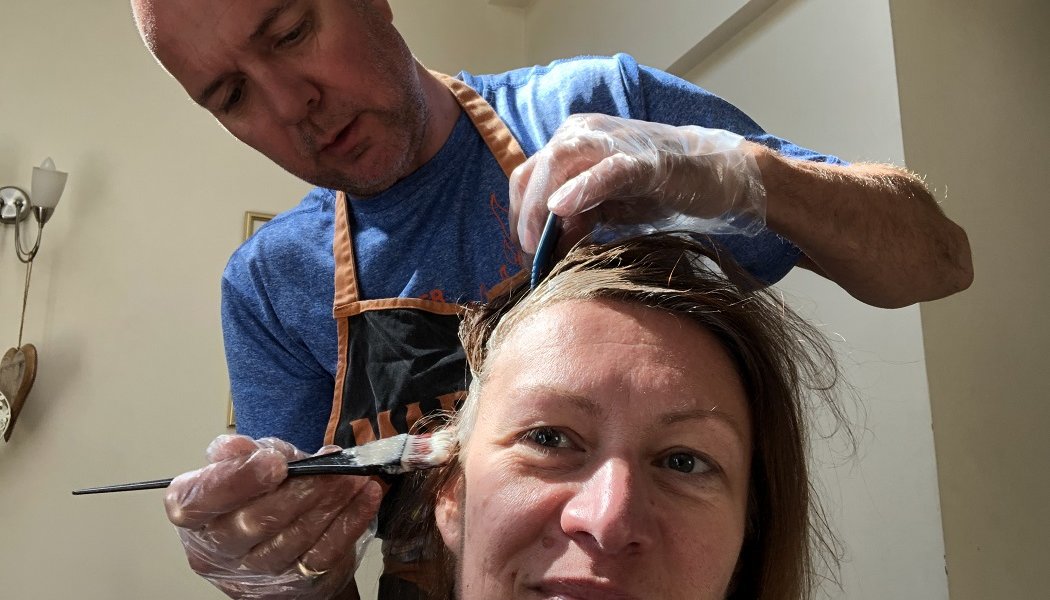 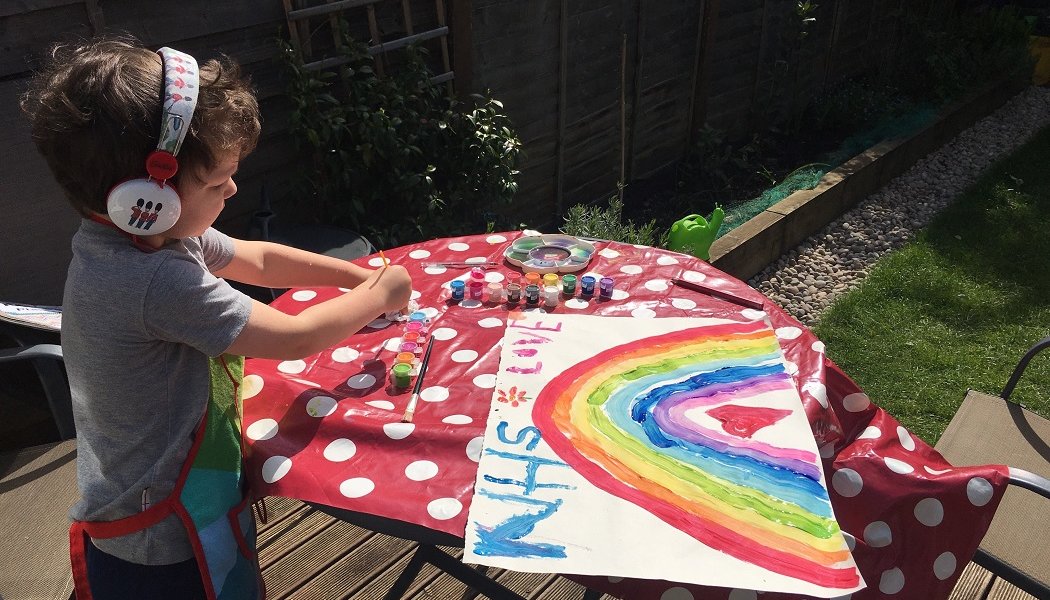 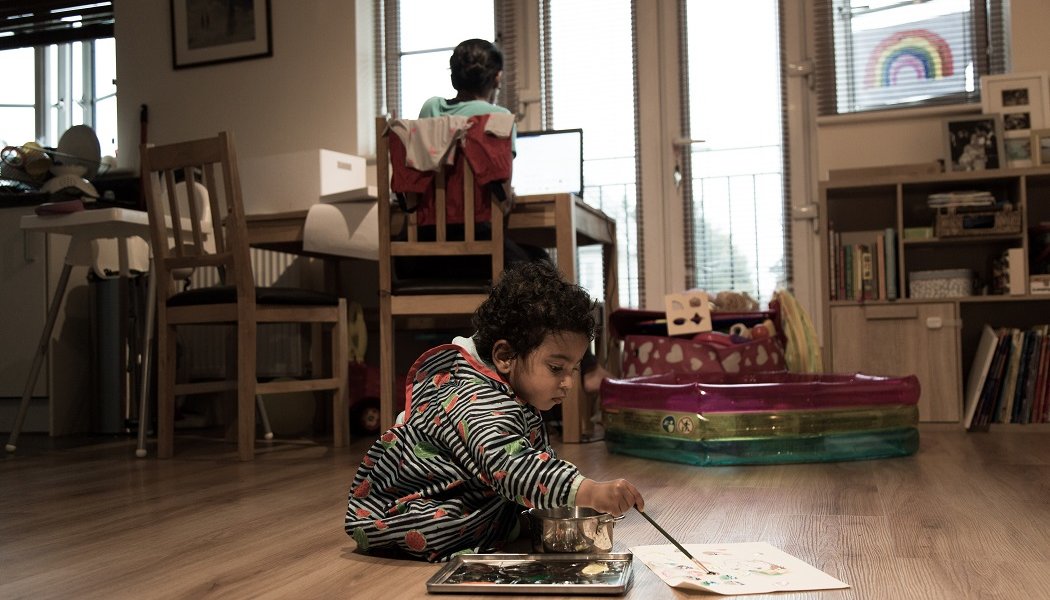 The realities of social distancing and self-isolation are laid bare in the images submitted by key workers, flat-sharers, parents and people from all other walks of life.

With limitations placed on travel throughout 2020 and the early throws of this year, local community engagement has been fundamental to most institutions during the pandemic. The unspoken quid pro quo has been one of offering novel cultural experiences in exchange for support – whether financial, investments of time or any other way.

It does, therefore, seem a highly challenging time to consider relocation. One North American institution has nevertheless ploughed on with plans to “expedite advancement” by moving country.

The L’Inconnue gallery would, its founder Leila Greiche confirmed in 2019, be leaving its home of over three years in Montreal and decamp to the “optimal setting” of New York City. 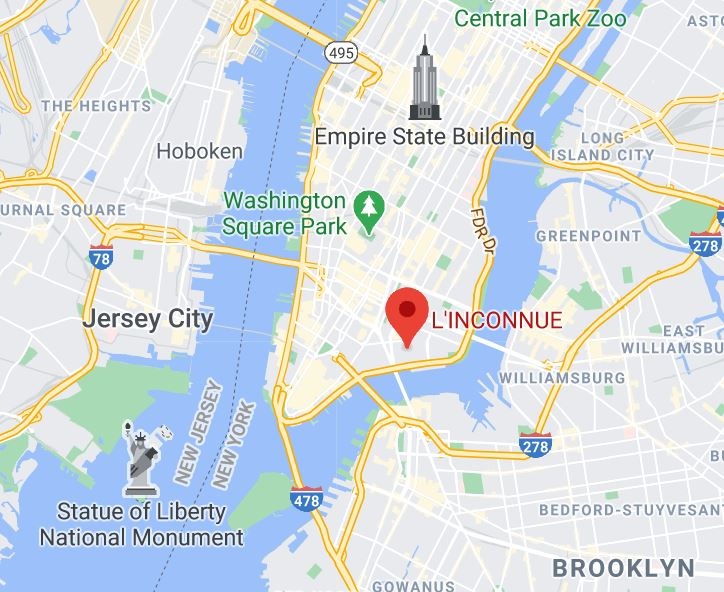 While in Canada, L’Inconnue focused primarily on championing the work of around 30 emerging and established contemporary artists. From the outset its programming was said to remain true to its ‘national origins’, which may seem a little at odds with the decision to move around 600 kilometres south.

The institution self-describes as a venue which “invites its audience into a space of contemplation, conjoining collective forces to expand its community’s consciousness”. It remains to be seen whether any members of the Montreal community who have become accustomed to such contemplative experiences will make the near 1,200 kilometre round trip to the new 600 square-foot venue in New York’s Chinatown after the pandemic. For those without a private plane it will likely be a no. 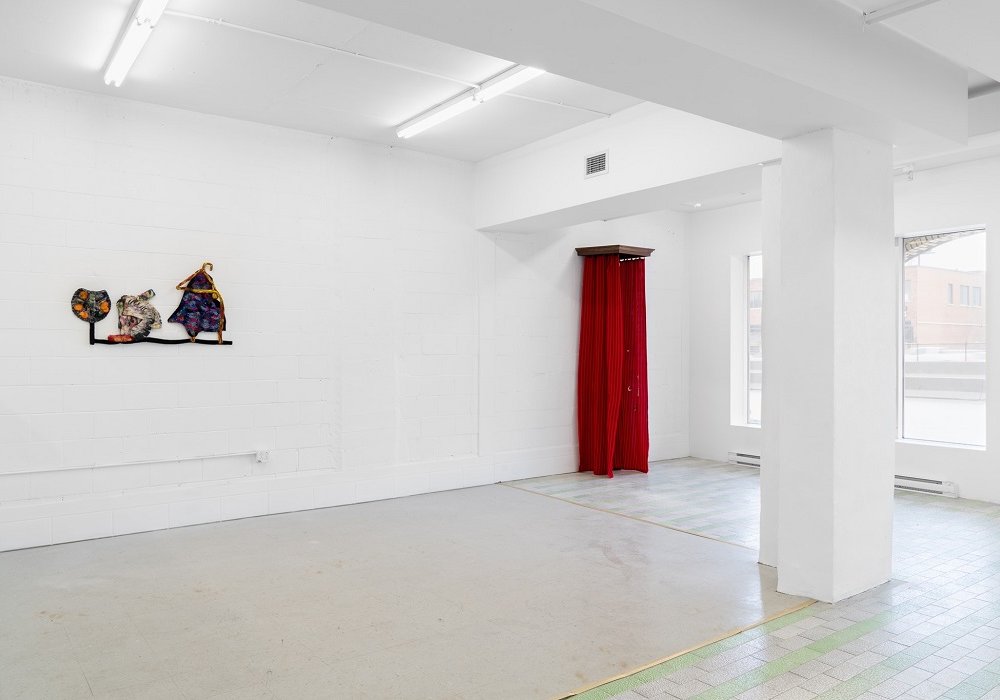 “The art world is a niche market and community therefore I believe there is more opportunity to cultivate an audience and programme in New York which will expedite the advancement of the gallery in the most optimal setting,” Greiche extols. “I also look forward to bringing the knowledge I gained from the Canadian art community to this new venture.”

V&A Dundee serves as a perfect case study to reject the idea of moving to find heightened footfall. Since opening its doors in September 2018, the site designed by Kengo Kuma has outperformed all predictions of how well it – and the surrounding area – could do.

Visitors to the gallery were worth £21 million to the Dundonian economy and £75 million to the overall Scottish coffers in the 12 months immediately after it launched. Both of these figures are more than double what was anticipated.

Having never been a world-renowned visitor hotspot, tourism is now worth more than £10 million a month to Dundee, according to separate research commissioned by the city’s council. The first six months of 2019 alone saw a 19.4% boost to visitor numbers. 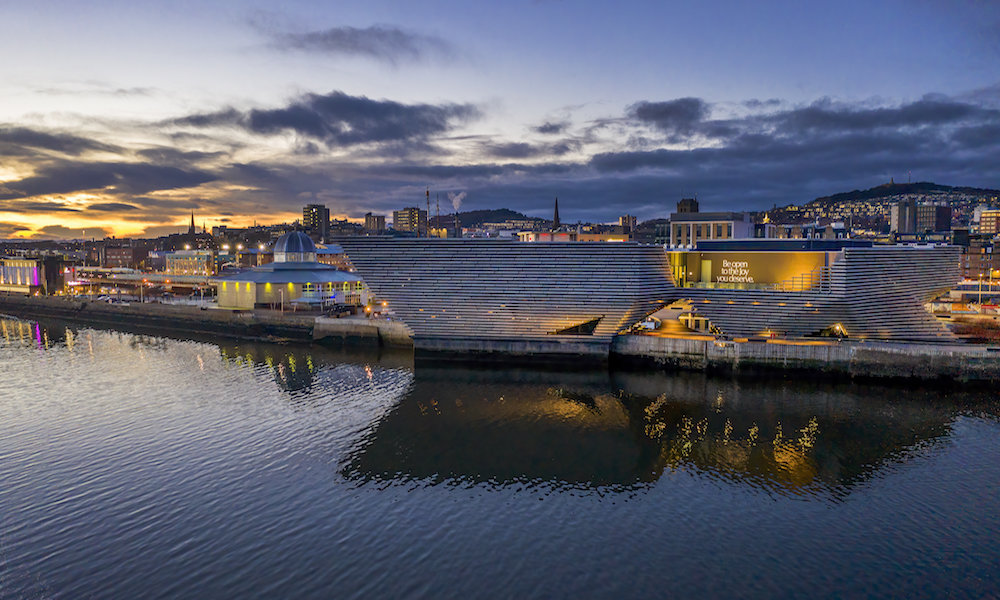 This success recently led the Scottish Government to place the venue at the heart of its Covid recovery strategy, making the museum the nation’s first dedicated centre for design.

Aside from designated national institutions, there is a school of thought that a museum’s place within it its surroundings is integral to its purpose and identity. Two sites which steadfastly adhere to this are MIMA in the North East of England and The Hepworth in West Yorkshire. 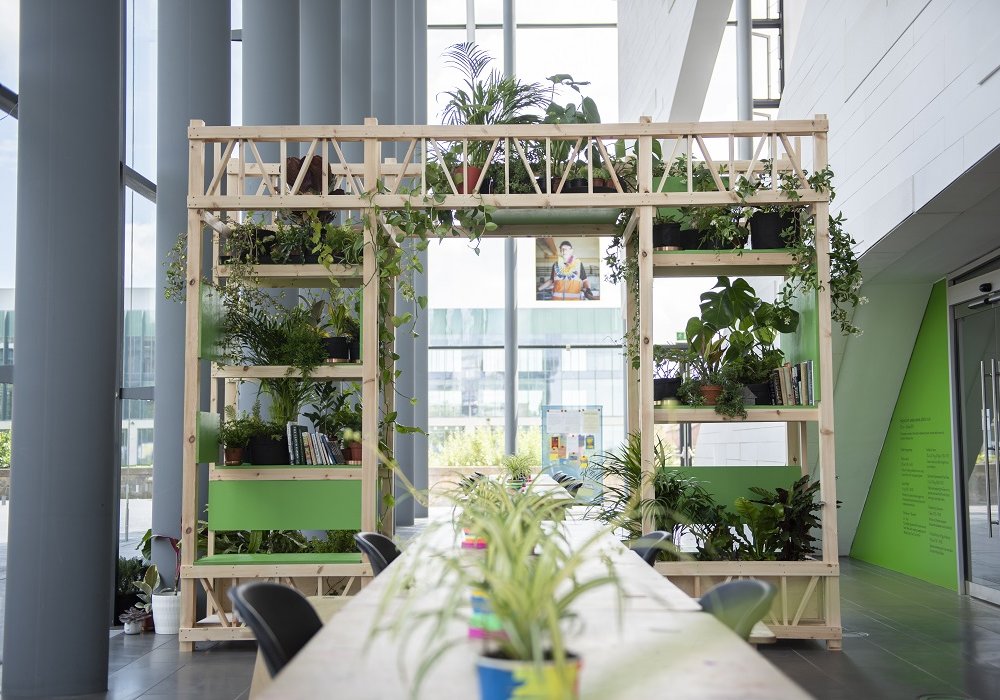 MIMA, which forms part of Teeside University, has proven a hub that brings together “lots of community-led work, social agenda and social mission,” according to its director, Laura Sillars.

“If you’ve never been to Middlesbrough…it hasn’t previously been seen as a tourist destination. It’s always been somewhere you visit if you need to go,” she acknowledges.

The task of attracting more tourists to Middlesbrough and its surrounding areas is, in Sillars’ mind at least, as much a task for MIMA as it is for the local council. Rooted in the local community and an integral part of Teeside University, there would never be a chance of the site moving to a rival tourist-rich location.

The area, she adds, is misunderstood and its “different spirit” to other nearby places such as Newcastle and Gateshead makes the museum’s home town unique. “It’s always looking outwards, with a different perspective on its role in the world,” Sillars proudly states.

There is certainly no shortage of evidence that thriving cultural attractions can enable a town or city to grow – even in the wake of a global crisis.

The Hepworth Wakefield offers up a prime example of this mutually beneficial bond which can be struck between a museum and its community.

The gallery was built as part of a noughties waterside development, conceived to transform the former West Yorkshire industrial powerhouse into a must-visit 21st century destination. However, the financial crash of 2008 happened and those plans slid away down the banks of the River Calder. 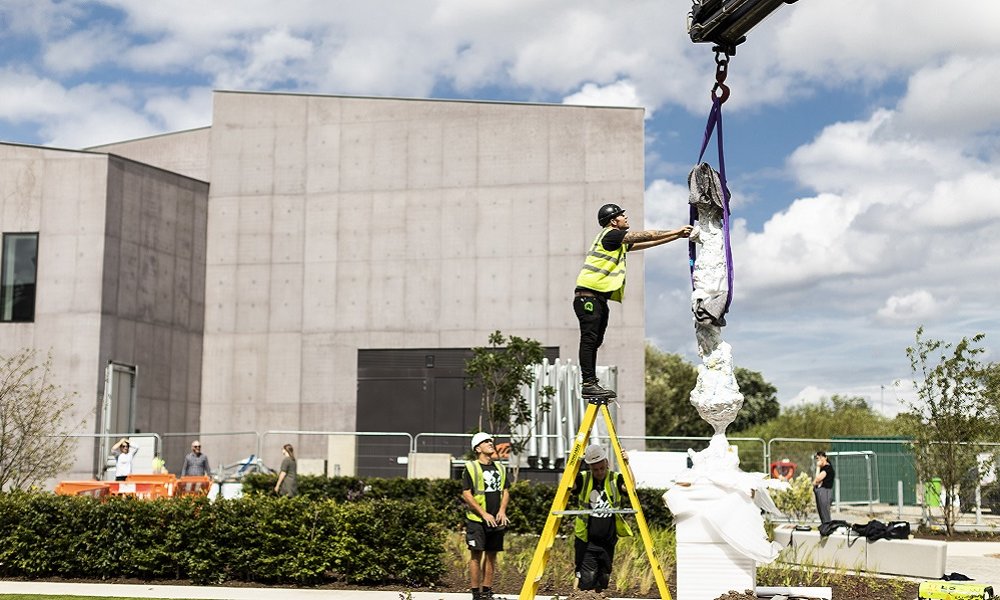 The city’s funding has since been “decimated” by a decade of austerity, according to Peter Box, the leader of Wakefield Council. Without the constant influx of Hepworth visitors and their spending power, the impact on the community would have undoubtedly been even more pronounced.

The Hepworth has continued to drive investment in areas such as education and local infrastructure – making up for a small amount of the cuts driven by the central government. Its new community garden, for instance, has remained open throughout the pandemic, giving locals much needed access to nature and art.

One person who has perhaps articulated the unavoidable shift in attitudes better than anyone is the Brunel Museum’s Katherine McAlpine. When discussing her plans as the venue’s new director, she revealed that the experiences of the pandemic had completely reframed her perceptions of a museum’s role.

Of paramount importance now is making the Brunel Museum “a local resource for the local community”, many of whom she acknowledges may never have known there was a museum on their doorstep because so much of the sector’s focus has previously been on attracting far flung visitors.

The near future will, it appears, be increasingly geared towards perfecting a blend of global-reaching digital output with considered local community outreach.