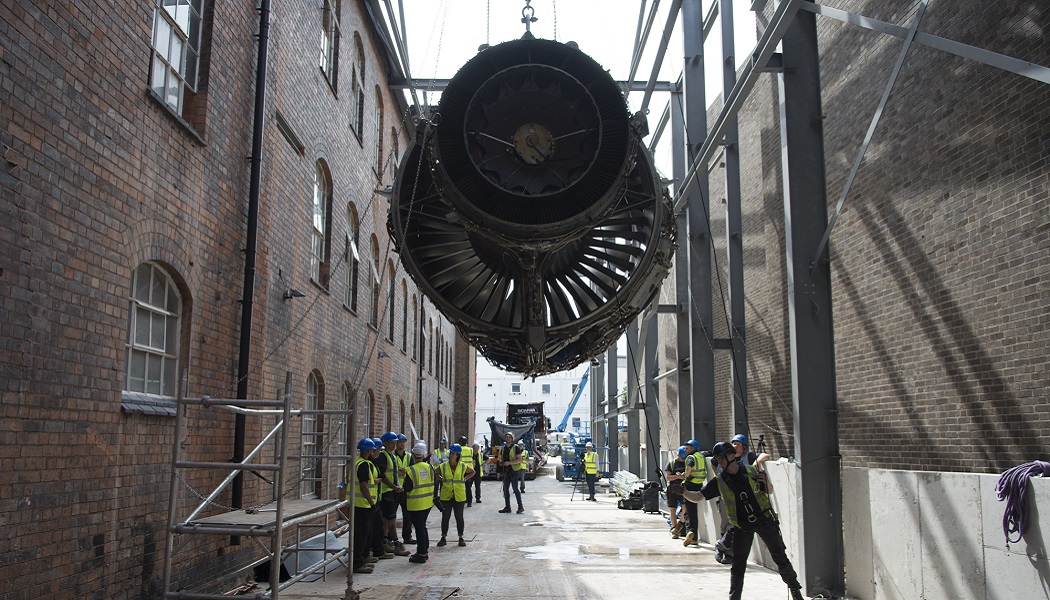 Will £17m Museum of Making prove the litmus test for IPI in the sector?

While the winching of a Rolls-Royce Trent 1000 engine into position on its new site may have grabbed the headlines, Derby Museums’ decision to become only the second public sector organisation to utilise the government-backed Integrated Project Insurance model could prove a landmark moment for the entire sector.

The learnings from its construction of the Museum of Making – which will open next year – will inevitably dictate whether IPI proves a one off or the new norm for museum infrastructure projects. We spoke to Hannah Fox, director of projects and programmes at Derby Museums, to discover how successful the organisation’s experience has been.

If you ask the team behind the Museum of Making why the site is unique they may well point to its location within Derwent Valley Mills UNESCO World Heritage Site, or perhaps to the seven tonne Rolls-Royce aircraft engine now suspended from its ceiling. The application of Integrated Project Insurance, however, will almost certainly be its lasting legacy in the sector.

The model was conceived as a way to reduce risk and maximise the potential gains for public construction projects. In the wake of the HS2 debacle and collapse of several contractors on state funded schemes, the government is keen to avoid any more names joining Carillion in synonymity with public funds evaporating without trace. Here enters IPI.

Derby Museums follows Dudley College in using the model, with the two organisations the only ones to dip their respective toes in the water of a scheme initially proposed back in 2011.

Government initially proposed Integrated Project Insurance in 2011, and describe the model as offering a client “the opportunity to create a holistic and integrated team, eliminating the ‘blame/claim’ culture within a project. The innovative project insurance package that is built around the design fosters joint ownership of risk, reduces the likelihood of overrunning on cost and time, and limits the individual risk to members of the team.”

Hannah Fox, director of projects and programmes, Derby Museums, has played a key role in its usage at the Musem of Making. Fox and her colleagues have wholeheartedly hurled themselves into a realm where there is barely any precedent; a decision which may well blaze a trail for tens, if not hundreds, more public sector bodies to follow in the coming years.

“Someone always has to go first, to believe in an entirely new way of working which is fundamentally different to how everyone normally does it,” Fox told Advisor.

Traditional contracts with separate building firms was never how the organisation wanted to deliver its museum. “The way the construction industry is set up is not always in the benefit of the client. In our case the client is the public, as this is public sector funding,” Fox explained. It was the sense of responsibility for the public purse which motivated Derby Museums to try something radically different.

“We were concerned about the traditional approach, both in terms of cost and programme perspective,” she continued. “It’s so very litigious and the costs are something you can never be 100% confident of. You are never completely sure about who will say what and where your decision making power is.

“You’re not sure what’s best for the project as someone may be blaming someone else for a mistake rather than working together. The architect will do the design before you hire the construction team. They will then come on board to supposedly deliver what the designers have created – and decide what can be done and what can’t be.”

The investment coming into our organisation is public money which we have a responsibility to ensure is spent well. Why would you not use a model that ensures you are doing that? 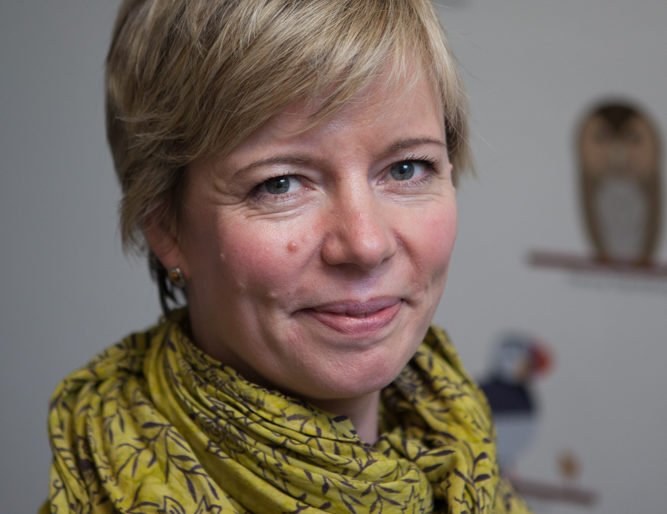 These were not risks Derby Museums could countenance taking. Instead it chose to trial IPI on the first phase of its build, a decision which led to what Fox labelled a “really interesting experience” and something Derby Museums now “can’t wait to use on the larger £17 million project”.

To get the ball rolling, Derby Museums approached the team behind the Dudley College build. This, despite also using IPI, was a very different prospect. “That [Dudley College] is a new build, which is what IPI was designed for, whereas ours is obviously a hybrid as we have both the refurbishment and a new build element,” Fox recounted. The scale of the build and the former silk mill site being located in a flood risk area proved slight sticking points, but this just meant the insurance aspect of IPI was slightly modified for the Museum of Making.

The new East Midlands museum has also seen lots of new approaches used on its site. 3D modelling to ensure that building and spatial design takes place before any work started was one such step taken to minimise the risk of major issues onsite once construction had begun.

The benefits of IPI, from Fox’s perspective at least, have been plain to see from the very beginning. “It’s about creating a ‘no blame’ environment, taking risks and being experimental,” she enthusiastically told us. 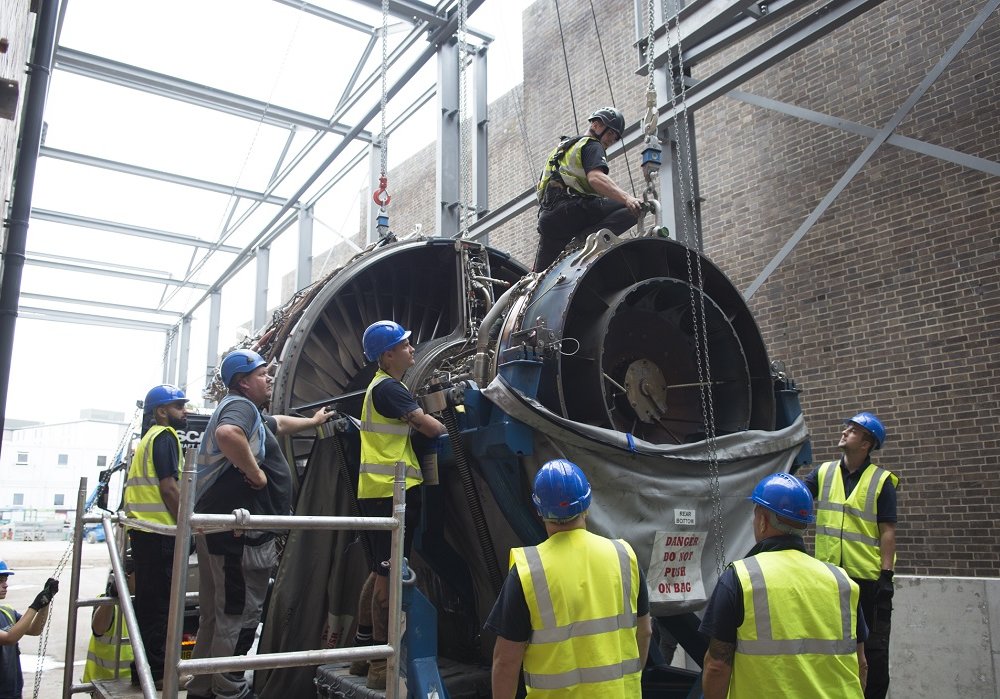 Far from the construction process Fox and her colleagues had dreaded in the traditional format, in this new type of project “everyone does the design together,” she explained. “The entire supply chain is involved. You all agree on the principles that are best for the project.”

Long before a single brick is laid, behaviour workshops are conducted so the respective parties can ascertain whether they can all work together successfully. This process, Fox said, was “very revealing”. The IPI approach is further supported by continual assessment, taking the form of periodical surveys being sent out to all firms involved to see how people are feeling about the project. This all creates a “supportive, no blame environment with full transparency,” according to Derby Museums’ director of projects and programmes.

An Alliance Board, made up of executives from each company involved, is also established to continually assess progress. “Everyone involved is an equal partner and we all have a ‘pain and gain threshold’. We’re all, therefore, motivated to deliver the project on time and on budget to avoid a hit in the pocket.” 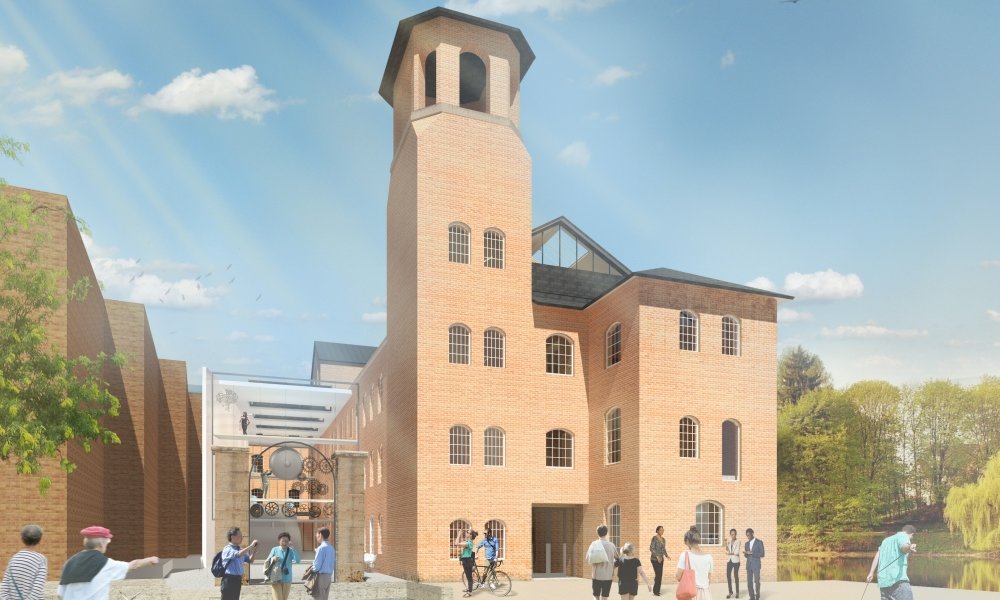 While remaining steadfast in her support of IPI, Fox understands there will still be doubters – both in the form of potential clients and contractors. “Some businesses would see it that they don’t get to manage their costs the way they normally would. They also don’t get to make the decisions for themselves the way they ordinarily would. It’s an open book process,” she conceded.

One distinct advantage she cites for contractors, however, is that “they’re getting paid on time every month as that’s all done through an independent bank account”. Part of the scheme also means that everyone involved knows what all other stakeholders are being paid.

“Every day we are here saying ‘thank goodness we did it this way’. It’s a huge amount of work from a client perspective; you have to be involved in every decision, every discussion. We’re having to do a lot more work but we’re up for that because it means we’re reducing the risk generally.”

Concluding her account of the IPI experience thus far, Fox stated: “The investment coming into our organisation is public money which we have a responsibility to ensure is spent well. Why would you not use a model that ensures you are doing that?”