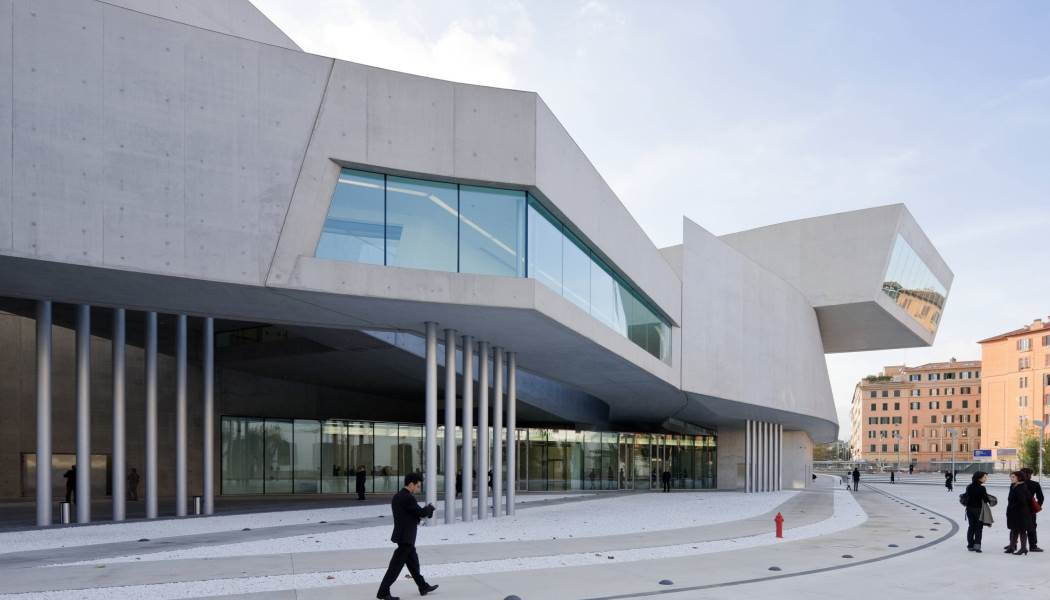 Zaha Hadid in Museums – breaking the mould of our cultural buildings

British architect Zaha Hadid passed away yesterday leaving an indelible mark not only on the world of architecture but also many other spheres of life including that of culture. Here we pick our five favourite Hadid-designed museums

Zaha Hadid’s designs for museums, galleries, arts centres and opera houses got off the ground with the completion of the The Contemporary Arts Center in Cincinnati in 2003, and in 2004 she became the first woman to be awarded the Pritzker Architecture Prize. Hadid’s futuristic and curvaceous designs brought a femininity and boldness to her profession and when it came to designing cultural buildings she would approach them with the same vigour as a commercial building, if not more. For example, her design of MAXXI: Museum of XXI Century Arts in Rome won her many accolades including the Riba Stirling Prize 2010, the UK’s most prestigious award for architecture.

Since the MAXXI many of Hadid’s museum and gallery designs have been realised including the Riverside Museum in Glasgow, the Eli and Edythe Broad Art Museum in the US, the Heydar Aliyev Centre , Azerbaijan and The Serpentine Sackler Gallery in Kensington. These museums and galleries are now paying tributes to her on their websites, many saying how proud they are to keep her legacy burning bright with their buildings.

“We were devastated to hear the news of the tragic, untimely death of our friend and long-term collaborator Zaha Hadid who was a Trustee of the Serpentine Galleries from 1996,” said the Serpentine Sackler Gallery. “We are honoured to have collaborated with her on numerous occasions and her loss will be deeply felt by us and the world over.”

I was fortunate to meet and interview Hadid in November 2007 while working on a national newspaper in the UAE. She was attending the Dubai Cityscape exhibition where a host of her designs were on display, including a first glimpse of the Abu Dhabi Performing Arts Centre, which is being built as part of a new cultural district on Saadiyat Island alongside the new Guggenheim and Louvre museums.

She told me that her creations were destinations not buildings and said that she designs with people in mind, considering the vistas her structures will offer. The following museums and galleries are testament to those words and offer stunning vistas both inside and out as well as a practicality that changes the way visitor interact with the buildings and their collections. 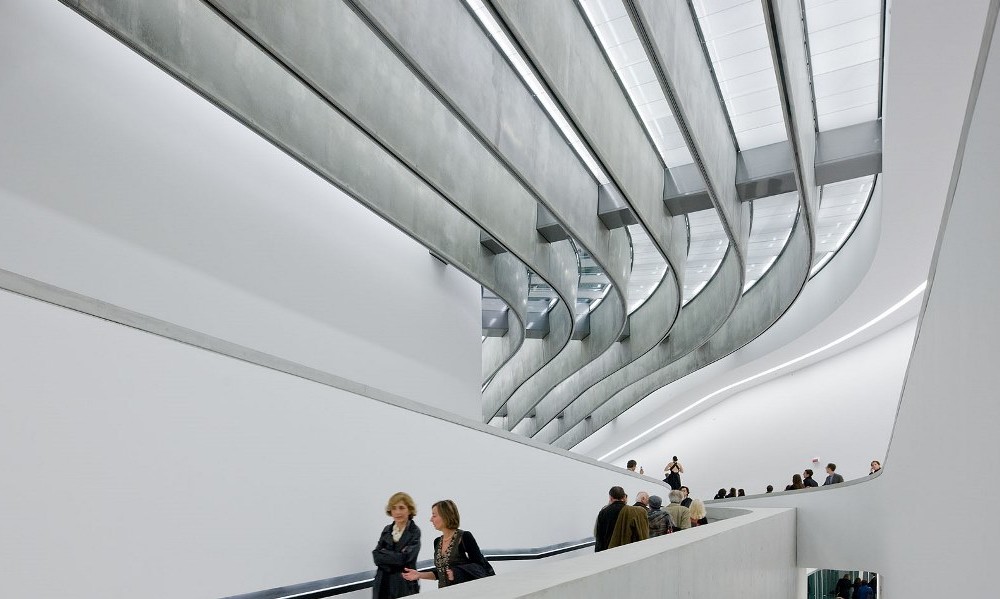 The MAXXI: Museum of XXI Century Arts in Rome built in 2009 was awarded the Riba Stirling Prize 2010, the UK’s most prestigious award for architecture

MAXXI, the National Museum of XXI Century Arts, is the first Italian national institution devoted to contemporary creativity. Conceived as a broad cultural campus, MAXXI is managed by a Foundation constituted in the July of 2009 by the Ministry for Cultural Heritage and Activities. Hadid’s design was chosen from among 273 candidates from all over the world. Her proposal won over the jury because of its capacity to integrate with the urban fabric and for its innovative architecture successfully interpreting the potential of the new institution and equipping it with an extraordinary sequence of public spaces.

What Zaha Hadid Architects had to say: “MAXXI supercedes the notion of the museum as ‘object’ presenting a field of buildings accessible to all, with no firm boundary between what is ‘within’ and what is ‘without’.” 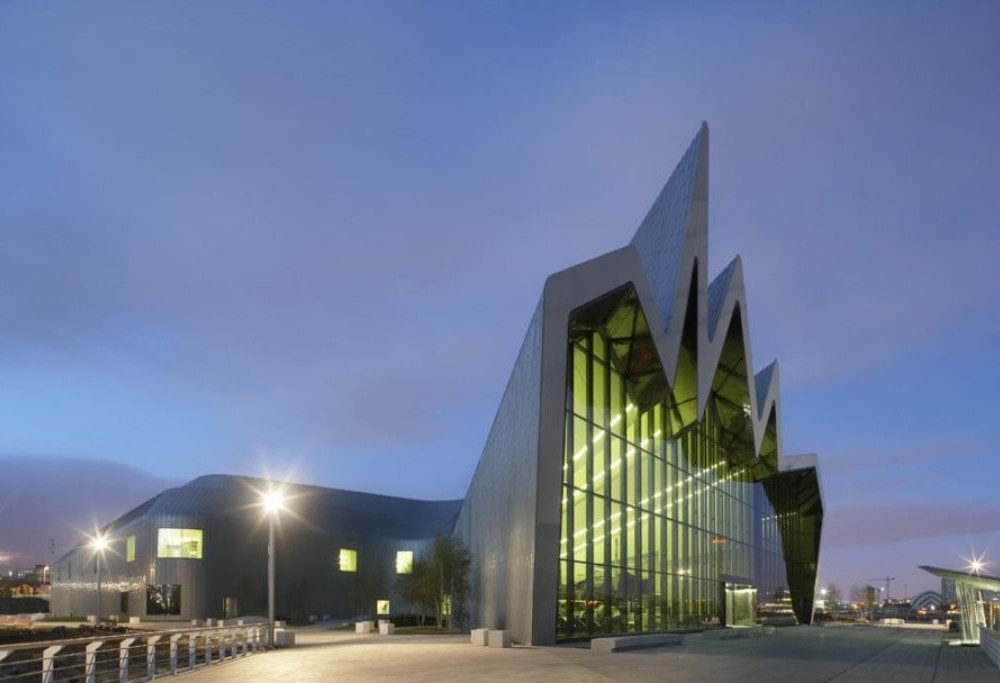 Riverside Museum in Glasgow houses more than 3,000 objects, double what it could display as the old Transport Museum

Taking the place of the old Transport Museum, the Riverside museum is home to more than 3,000 objects that detail Glasgow’s rich past from its days as maritime powerhouse to a glimpse into daily Glasgow life in the early to mid-20th Century. The museum features a range of access platforms so visitors can get to the heart of the displays and has 90 large touch screens panels full of images, memories and films that tell the fascinating stories behind the objects.

What Zaha Hadid Architects had to say: “The museum, a sectional extrusion open at both ends, its outline encapsulating a wave or pleat, flows from city to waterfront, symbolising the dynamic relationship between Glasgow and the ship-building, seafaring and industrial legacy of the river Clyde. Clear glass facades allow light to flood through the main exhibition space.” 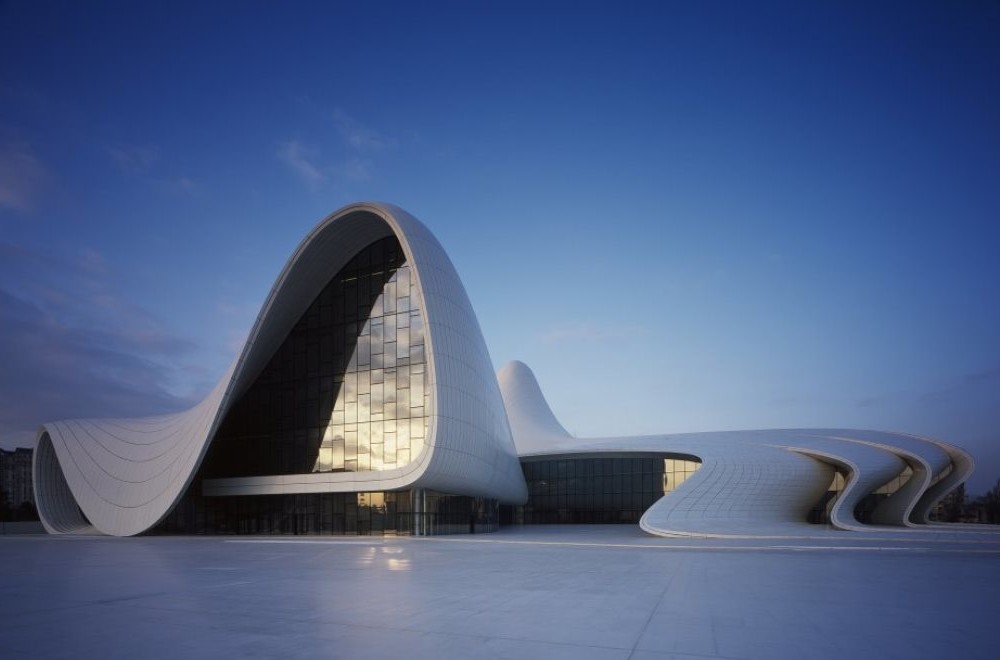 Zaha Hadid Architects was appointed as design architects of the Heydar Aliyev Centre following a competition in 2007. The centre was designed to be the primary building for Azerbaijan and its capital Baku’s cultural programmes and houses a conference centre, gallery and museum. The Heydar Aliyev Centre is intended to play an integral role in the intellectual life of the city and plays a pivotal role in the redevelopment of Baku.

What Zaha Hadid Architects had to say: “As part of the Former Soviet Union, the urbanism and architecture of Baku was heavily influenced by the planning of that era. The centre breaks from the rigid amd often monumental Soviet architecture that is so prevalent in Baku, aspiring instead to express the sensibilities of Azeri culture and the optimism of a nation that looks to the future.” 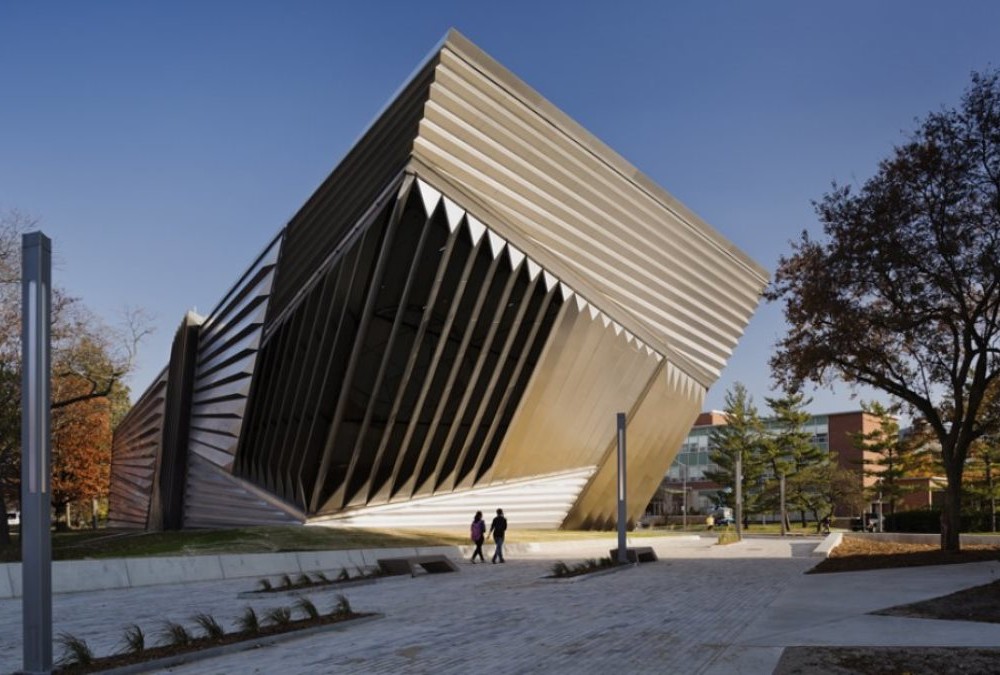 Expressly dedicated to exploring contemporary culture and ideas through the probing gaze of international artists, the Broad MSU is a place where artists’ ideas, words, and actions create a vibrant centre for questioning and understanding the world. The museum says it is committed to education, experimentation, and study, and is a laboratory for the new, grounded in a deep appreciation for the historical.

What Zaha Hadid Architects had to say: “Echoing and extending the many circulatory and visual connections that define its surrounding topography, the museum forms itself by extending and folding these connections through a series of pleats, producing a structure as visitors move past and through it – creating great curiosity yet never fully revealing its content.” 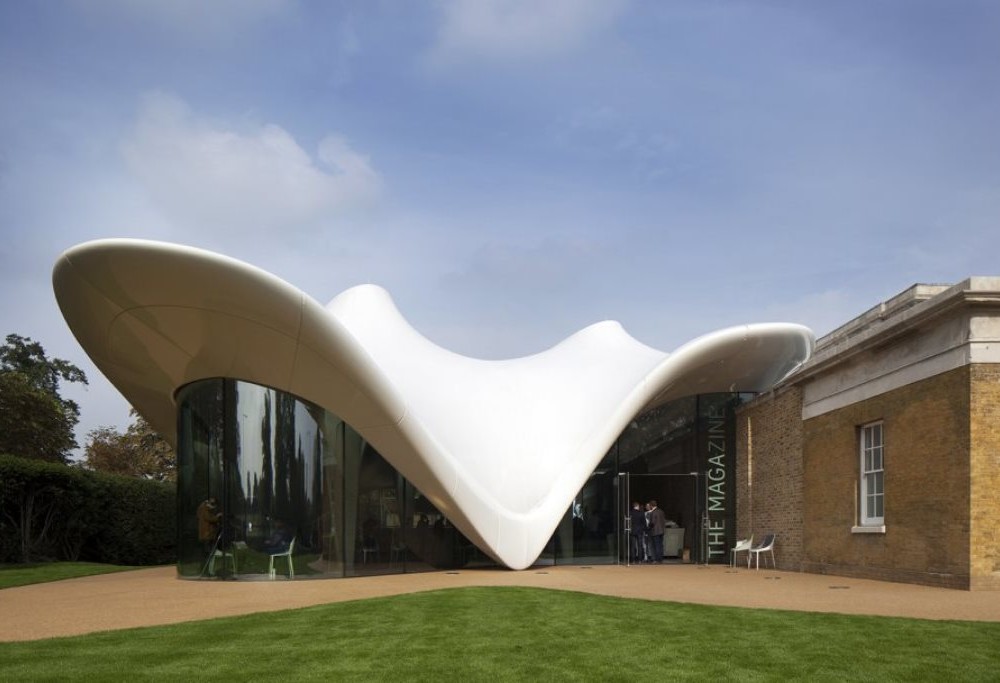 What Zaha Hadid Architects had to say: “The Serpentine Sackler Gallery consists of two distinct parts, namely the conversion of a classical 19th century brick structure – The Magazine – and a 21st century tensile structure. The Serpentine Sackler Gallery is thus – after MAXXI in Rome – the second art space where Zaha Hadid Architects have created a synthesis of old and new.”