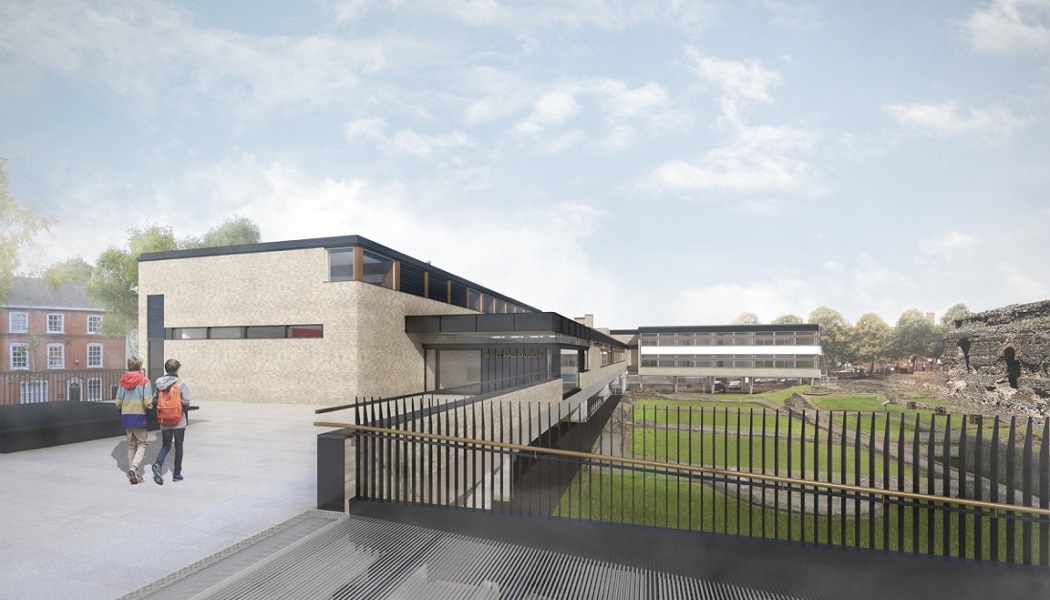 Construction work has begun at the Jewry Wall Museum in Leicester, with the addition of a new visitor centre and improved accessibility central to the project’s aims.

Overlooking the city’s Grade I listed Jewry Wall and housed within the Grade II listed Vaughan College, all work carried out on the venue must be delicate and sympathetic to the existing architecture surrounding the museum.

The £11 million scheme has been taken on by London-based Levitate Architecture and Design Studio, who have been challenged with delivering a world-class visitor centre and improved public access to one of the largest upstanding civilian Roman remains in the UK. 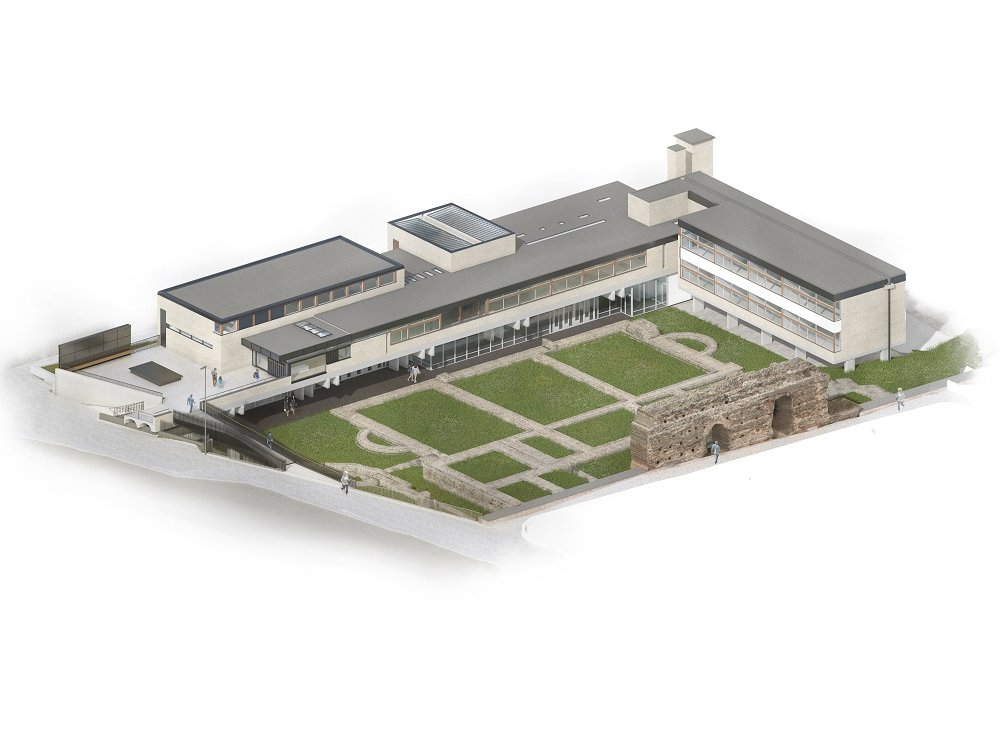 “Architecturally, it has been a hugely enjoyable challenge to introduce contemporary elements within a unique context where Roman, medieval and post-war buildings sit side by side,” says Tim Sloan, director at Levitate.

“More importantly, at such a difficult time for the museums sector, the project offers hope for the future and a reminder of museums’ vital role in society.”

The first phase of the redevelopment will see the creation of a new walkway accessing the upper ground floor of Vaughan College, along with improvements to access and circulation within the building.

The walkway will be designed so as to increase visibility of the public entrance to the museum and improve views of the historic Roman bath house remains below.

A subsequent phase will transform and extend the Jewry Wall Museum, courtesy of a new opportunity to expand into the entire Vaughan College building.

Alongside new and refurbished display areas, the building will feature a new café and visitor amenities alongside improved learning spaces and facilities to support the museum’s curatorial and archaeological activities.

Leicester City Mayor, Sir Peter Soulsby, notes that Vaughan College is “deservedly being put to better use as part of this overall scheme”, which represents “an investment in the fabric of the buildings themselves to ensure they are brought up to a standard to be used and enjoyed for many years to come”.