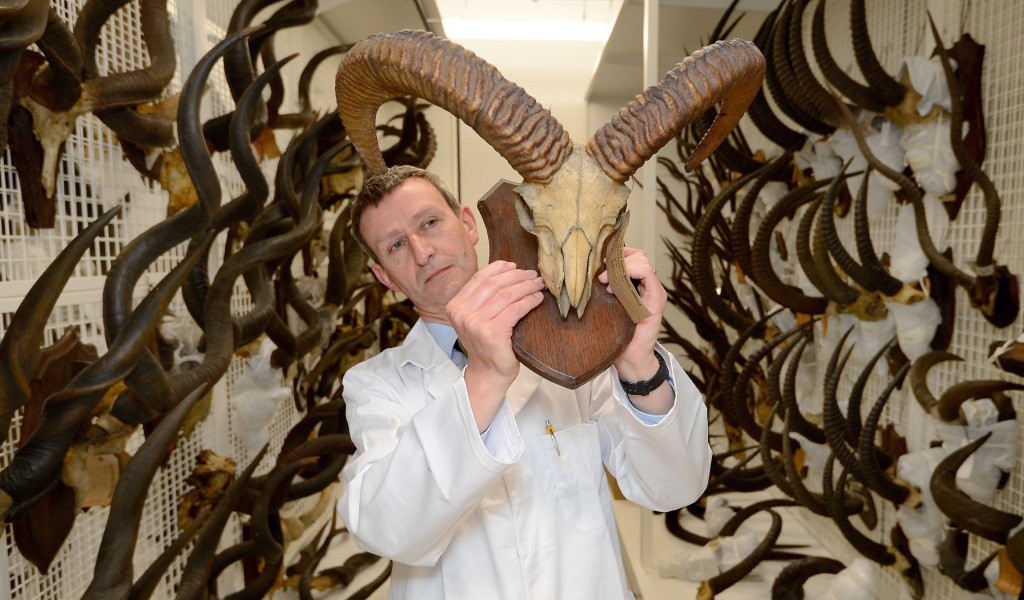 The new building, opened by Fiona Hyslop MSP, Cabinet Secretary for Europe, Culture and External Affairs will enable material from National Museums Scotland’s Scottish History, Archaeology and Natural Sciences collections to be preserved in optimal conditions which will both safeguard their long term future and allow a substantially greater level of access to the national collections, particularly for research purposes.

They objects range in size from a beetle measuring less than a millimetre (the Nephanes Titan beetle), to the 5.2m-long skull of a sperm whale. The oldest object is a 4.5bn year-old meteorite, the heaviest a Roman tombstone found at Carberry, East Lothian in the late 1990s which weighs over 360 kilograms.

The three storey building, funded by the Scottish Government, stands at nearly 15m in height (nearly 50 ft) and has a floor area of approximately 6,000 sq m.

Gordon Rintoul, Director of National Museums Scotland, said: “We have clear responsibilities to ensure that the national collections are preserved for future generations and that they are accessible to a wide range of people. We are grateful for the support of the Scottish Government in developing this new facility and look forward to the next stages in ensuring that all of the national collections are housed in appropriate conditions for generations to come.” 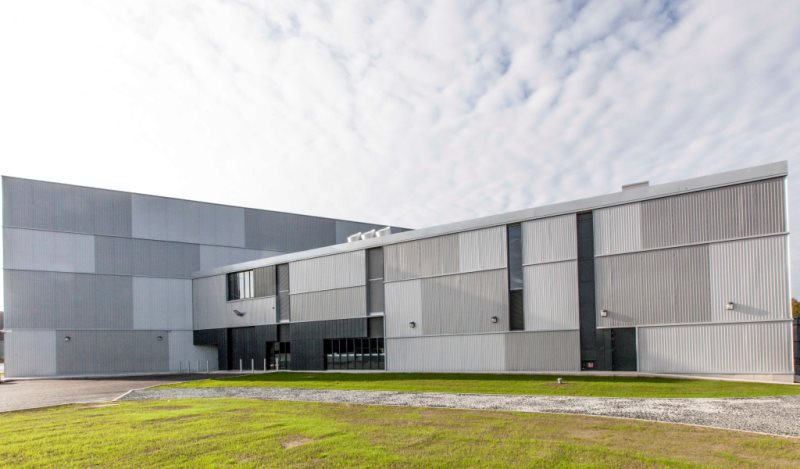 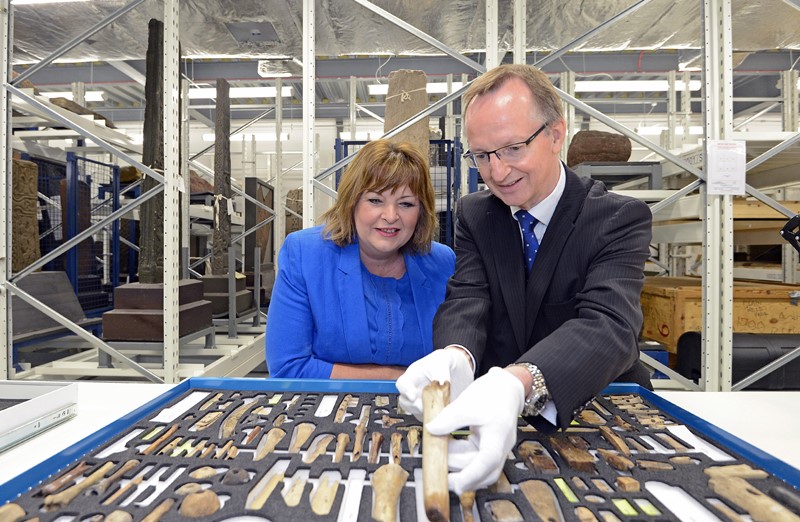 The new building includes dedicated work benches with data and power points installed in each storage area, allowing collections to be set out for research, viewing and examination. It also includes areas with dedicated environments for vulnerable objects, such as archaeological metal work. Clear access routes enable efficient building maintenance and effective cleaning and pest monitoring, while a very high level of thermal insulation and air tightness minimises energy requirements. A huge programme of sorting and ordering collections prior to and during the move means they are both better organised and more accessible.

The National Museum Collections Centre site on the north of Edinburgh also houses science and technology, world cultures, fashion and textiles, decorative art and design and transport collections, as well as conservation and research laboratories. It is open to researchers around the world by appointment, and the new building will be open to visitors on Doors Open Day this year (booking essential).

Elsewhere in the Collections Centre, conservation experts are working through the 3,000 items due to go on display at the National Museum of Scotland from next summer in ten new galleries devoted to applied arts, design, fashion, science and technology, from a 1.5 tonne copper cavity from CERN to an entire wall from the famous Hamilton Palace.

The West Granton site was bought in 1944 by the Ministry of Labour to establish a training centre for ex-servicemen to learn building and trades skills. The site was gradually developed over the next few years. In 1974 the National Museums of Antiquities in Scotland obtained occupation of the first building on the site and gradually between 1974 and 1985 the occupation grew to contain thirteen buildings. The site was permanently acquired by National Museums Scotland in 1992 and has been the subject of ongoing improvement since.