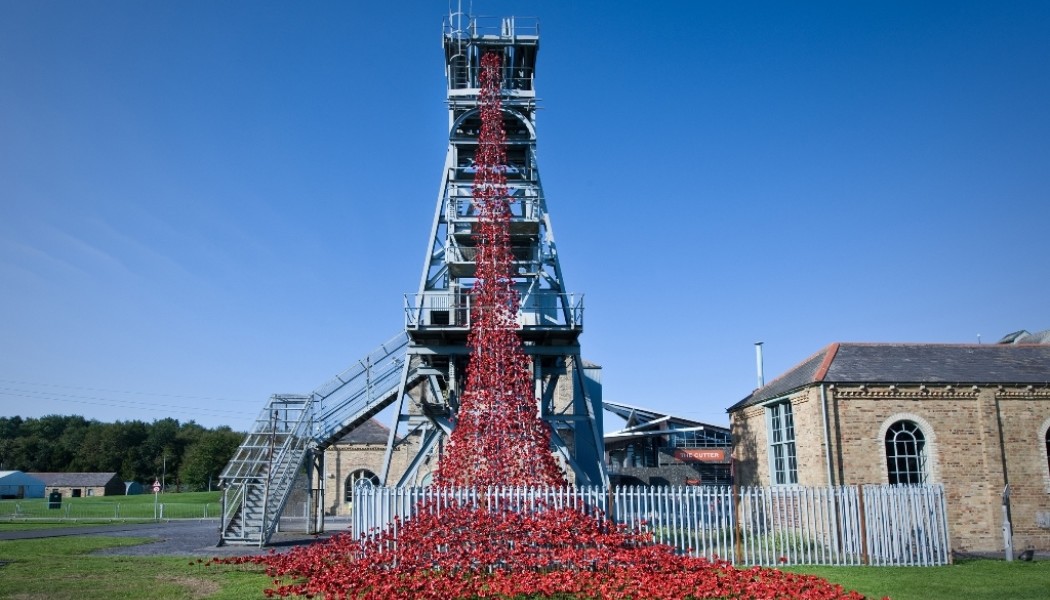 14-18 NOW today announced the three venues that have been chosen to host the iconic poppy sculptures Wave and Weeping Window in 2016: Lincoln Castle; The Black Watch Museum in Perth, Scotland; and Caernarfon Castle, Wales

Last week the government also announced a further £2.5m grant to 14-18 NOW to take the poppies to a further 12 locations across the UK beyond 2016.

The new presentations by 14-18 NOW will give people across the UK the chance to experience the impact of the ceramic poppy sculptures in a range of places of particular First World War resonance.

Jenny Waldman, Director of 14-18 NOW,: “We are delighted that we can now take the poppies to more places across the UK over the next three years, presenting a wonderful opportunity for even more people to experience these iconic sculptures,” said Jenny Waldman, Director of 14-18 NOW. “I am hugely grateful to the government for enabling this landmark tour to happen. We are also very grateful to the Backstage Trust, Clore Duffield Foundation, Heritage Lottery Fund and the Department for Culture, Media and Sport for their continued support, and to our transport sponsor DAF Trucks.”

“Lincoln was a major centre for the manufacture of weapons and munitions during the First World War. In particular, the city was responsible for the development of early tracked vehicles resulting in the world’s first operational tank, first used in action in 1916.  Wave will be presented at the recently restored Castle, which has far reaching views across the city.

Weeping Window will be presented at the Black Watch Museum in Perth, which is housed in the dramatic and historic Balhousie Castle. The Black Watch is Scotland’s premier Highland regiment. They fought with great distinction throughout the First World War, reputedly earning from the Germans the nickname ‘the Ladies from Hell’ on account of their kilts and fighting qualities.

Caernarfon Castle is a powerful site for the Weeping Window.  The castle is home to the Museum of the Royal Welch Fusiliers, who played a key role in the First World War, including at the Battle of the Somme. The presentation will be accompanied by a special exhibition Remembrance for Peace.”

Wave and Weeping Window are from the installation Blood Swept Lands and Seas of Red – poppies and original concept by artist Paul Cummins and installation designed by Tom Piper – by Paul Cummins Ceramics Limited in conjunction with Historic Royal Palaces. The installation was originally at HM Tower of London from August to November 2014 where 888,246 poppies were displayed, one to honour every death in the British and Colonial forces of the First World War. Weeping Window is the cascade of poppies that was seen pouring out of a high window down to the grassed moat below. Wave is a curling swathe of poppies which rose up to create an arch over the entrance to the Tower.

The two sculptures, which together have over 10,000 poppies, have been saved for the nation by the Backstage Trust and the Clore Duffield Foundation, and gifted to 14-18 NOW and Imperial War Museums. Financial support for the presentations has been received from the Department for Culture, Media and Sport and the Heritage Lottery Fund, and fundraising for the presentations is ongoing.

Each location will provide free access for the public to view the work.