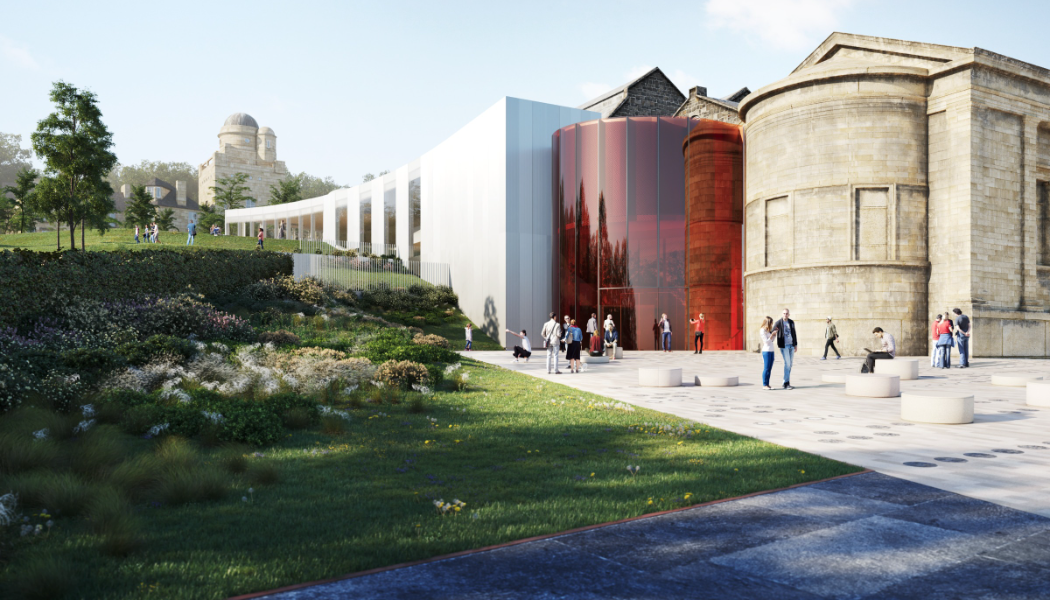 Image: A design for the external extension and garden at Paisley Museum (AL_A)
Share

Support from charitable trusts and foundations, alongside anonymous donors, brings the £45m transformation of the museum a step closer to reality.

The redesign of the Paisley Museum has recently had a boost as it reports a fundraising milestone of £1 million.

The Paisley Museum Reimagined Ltd charity is raising the final money needed to complete the £45m transformation of the museum into what is hoped to become a “world-class visitor destination”.

The more-than £1m so far raised by the charity includes six-figure support from charitable trusts including a pledge of £300k from the Garfield Weston Foundation and confirmed funding from the Hugh Fraser Foundation of £250k, £200k from the Wolfson Foundation, and £100k from the Reo Stakis Charitable Foundation.

Renfrewshire Council is providing more than half the total project funding, with seven-figure contributions already secured from National Lottery Heritage Fund, the Scottish Government (directly and through their Regeneration Capital Grant Fund), and Historic Environment Scotland.

The Paisley Museum Reimagined fundraising campaign is being led by the council, and is now switching focus towards donations from individuals and corporate organisations.

The work will restore the museum buildings – including the oldest public observatory in Scotland – while adding a new wing, accessible entrance and outdoor terraced garden.

The physical space will also provide a community hub, where people can explore the museum and a range of other creative activities.

The project will double the number of items on display from the town’s collections, with a wide range of community groups heavily involved in a co-production approach to reinterpreting how those collections will be displayed.

Paul Ramsbottom, chief executive of the Wolfson Foundation said: “We hope Wolfson grants act as a catalyst for further investment and offer our congratulations to the museum on reaching this fundraising milestone in support of a project that will help to connect more people with the town’s fascinating and important heritage.”