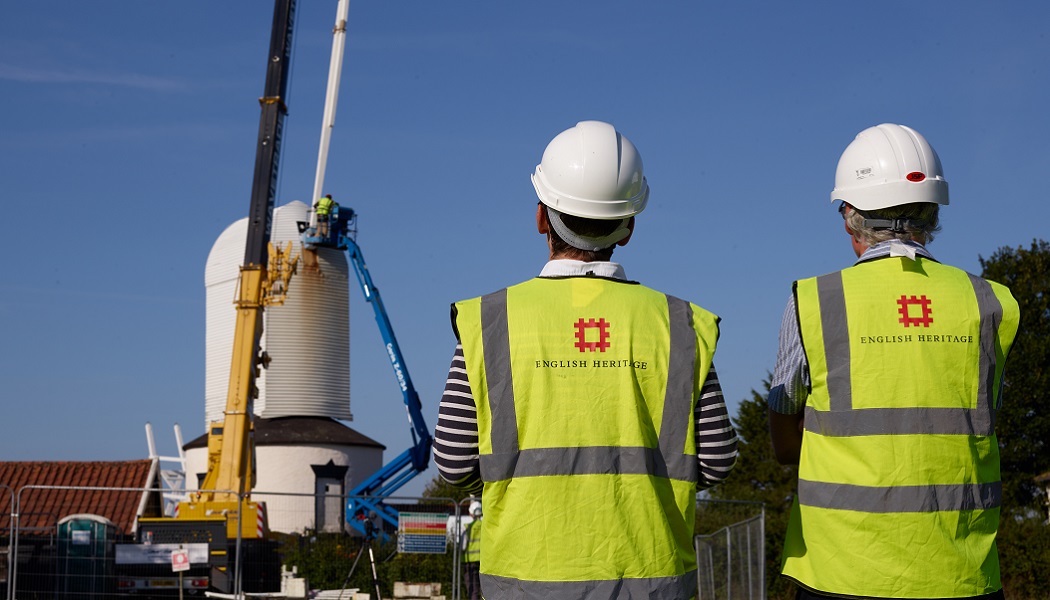 An English Heritage conservation project has funded work including the re-installation of sails to an 18th century windmill in Suffolk. In doing so, the organisation may also have ensured the 700 year old craft of millwrighting lives on in Britain.

Similar sites in Lincolnshire and Norfolk have now been earmarked for conservation work in the coming years, as English Heritage seeks to preserve the nation’s industrial heritage.

Originally constructed around 1796, Saxtead Green Post Mill near Framlingham in Suffolk was operational as a four-sailed corn-grinding windmill in its prime. Having been rebuilt three times to adapt to changing times – with cast iron machinery being added in 1854 – the mill fell out of use in 1947, eventually becoming an English Heritage visitor attraction.

Over the past year, English Heritage has collaborated with specialist millwright Tim Whiting to deliver a restoration that includes a new set of sails and stocks, as well as a replacement staircase. Repairs have also been undertaken to the timber Buck house and fantail at the rear of the mill. 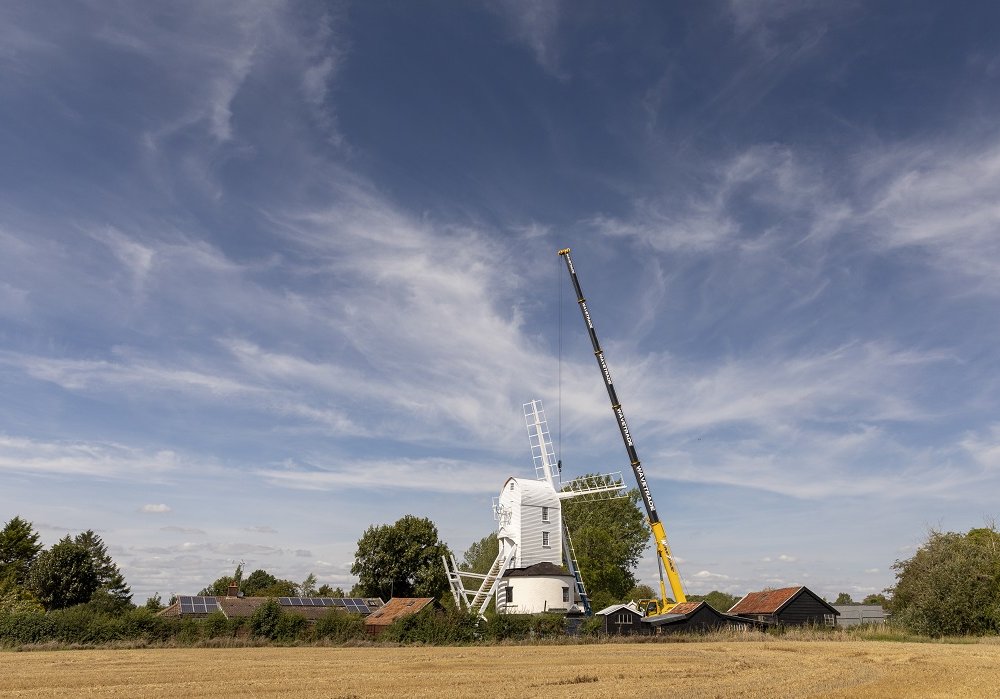 English Heritage, James continued, is “delighted to have been able to secure the future of this important piece of Suffolk’s heritage, and this project is all the more timely because millwrighting – a skill that has been practiced in the UK for more than 700 years – has recently been classified as a critically endangered heritage skill. If historic windmills are to survive for the future they need our help now more than ever.”

The work on Saxtead Green is by no means the end of English Heritage’s commitment to preserving the legacy of the nation’s windmills, with Sibsey Trader Windmill in Lincolnshire and Berney Arms Windmill in Norfolk both scheduled for an overhaul in the coming years.

2019 has seen traditional millwrighting added to the Heritage Crafts Association’s red list of critically endangered heritage crafts, with only a small number of people, such as Tim Whiting, still practicing. 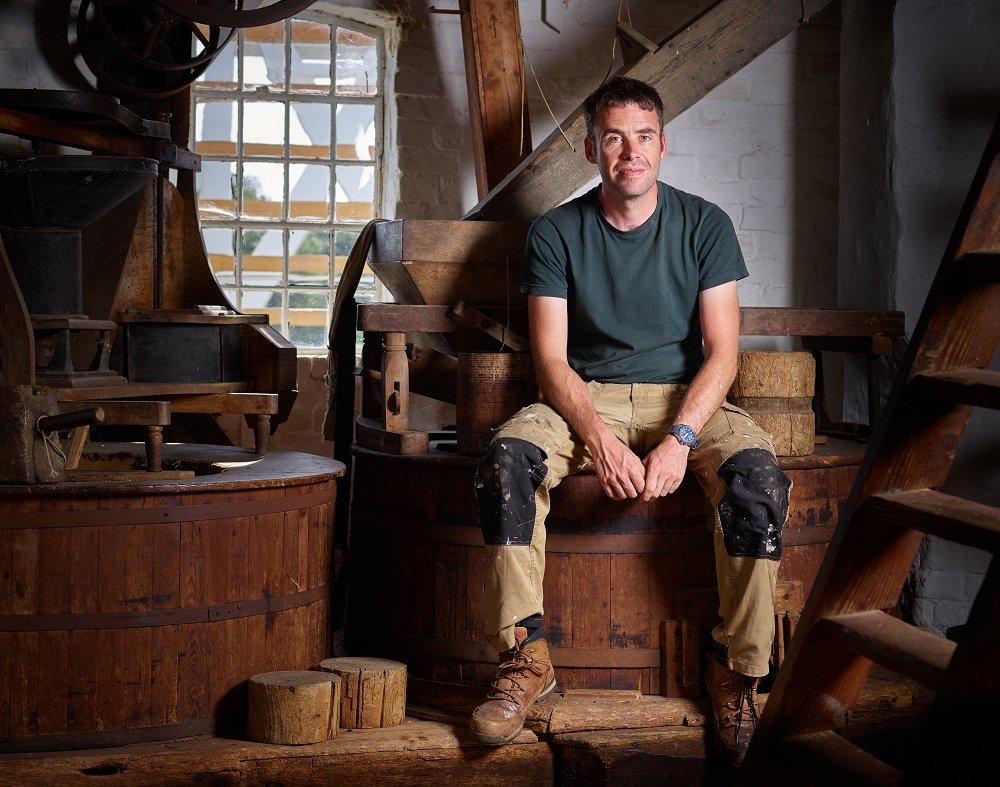 Prior to the attraction permanently re-opening in 2020, Saxtead Green Post Mill will hold a special re-launch weekend on 21 and 22 September. Conservation work, it is anticipated, will be completed in its entirety earlier in the month.