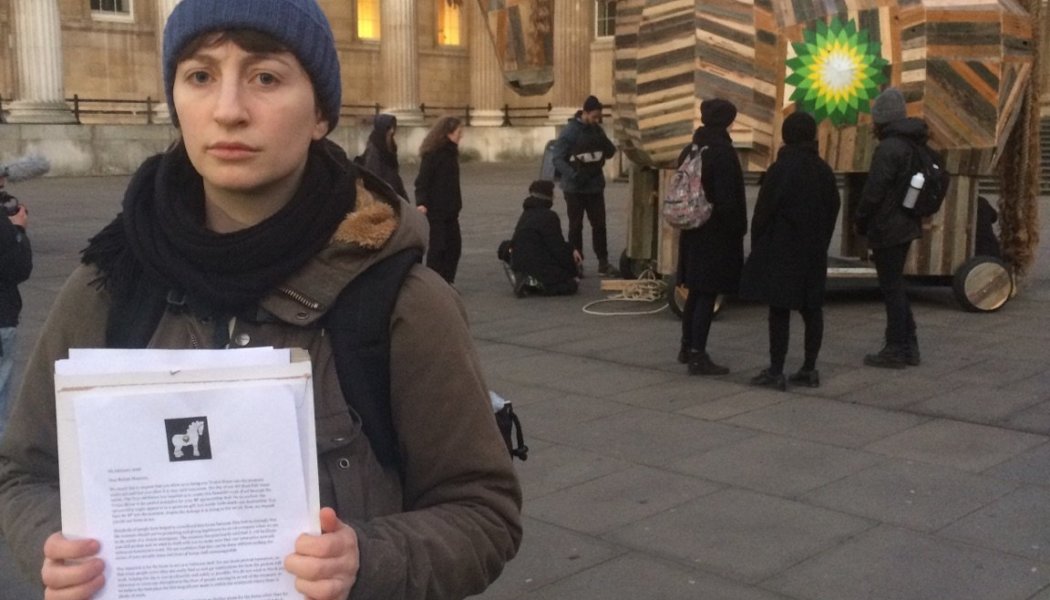 The ongoing partnership between the museum and the energy company continues to inspire demonstrations, the latest of which is set to take place at the weekend.

Hundreds of protestors are expected inside The British Museum this Saturday in the hopes of adding pressure to end the Museum’s ongoing sponsorship deal with BP.

Over 300 people have signed up to attend the “Make BP History” protest on Saturday April 23rd, which has been organised by activist theatre group ‘BP or not BP?’. The organisation is collecting sign-ups via its website, and said it will book passes on behalf of those looking to attend.

The action is in response to news which suggests that the Director of the British Museum is seeking to renew the museum’s sponsorship deal with BP.

The group’s efforts to end the ties between the Museum and oil companies is long-standing. In 2020 it positioned a four-metre high Trojan Horse in the British Museum’s courtyard. It has previously added

In this latest protest, participants are expected to create “many smaller protests” across the museum throughout the afternoon, in a move it said will “bring in the facts about BP that the museum is trying to ignore”. The exact activities were not described. These smaller protests will be followed by a mass performance action inside the museum at 4pm.

This protest will become the fourth, and largest of its kind in a month at the museum’s grounds.

On April 4th 2022 the group surreptitiously added new labels to the BP-sponsored Stonehenge exhibition. The sticky labels, designed to appear to be from BP, included messages such as “We spend £40 million per year lobbying against climate action”.

On April 8th, outside the British Museum, a separate activist group – ‘Extinction Rebellion Grandparents and Elders’ – protested outside the museum, with signs including ‘No more oil & gas’.

And on April 13th, a performance protest by ‘Save Stonehenge’ saw protestors pour fake oil on themselves inside the museum to challenge BP sponsorship and the proposed Stonehenge road tunnel.
Sarah Horne, a member of BP or not BP? said the museum’s management “seem determined to ignore the destructive behaviour of their sponsor BP” and has called for the Museum’s Director, Hartwig Fischer, to meet with those calling for an end to the sponsorship deal.