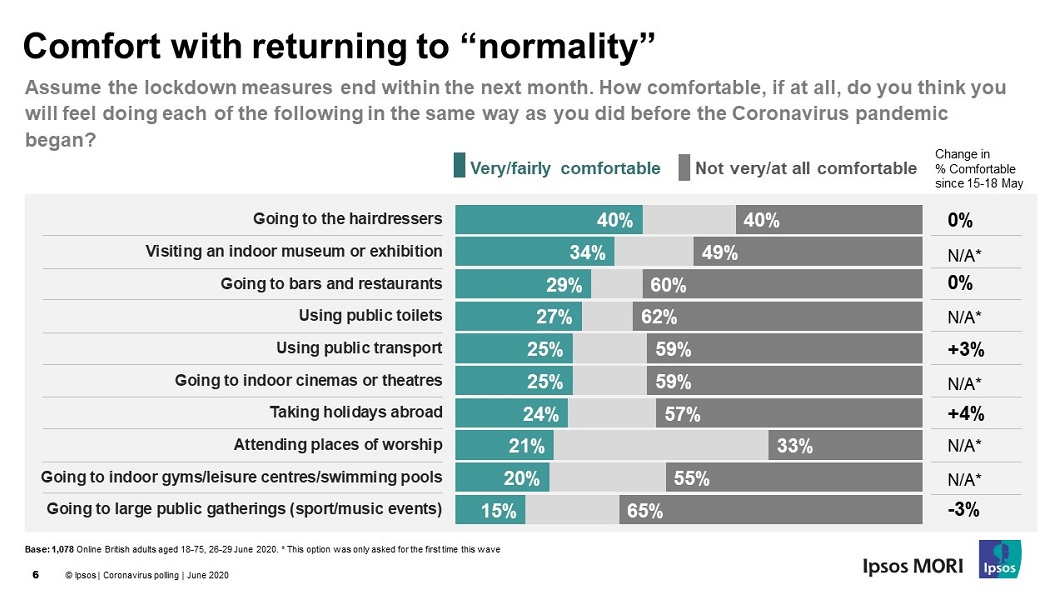 49% of people uncomfortable with museum visits on eve of reopening, polling claims

With lockdown restrictions set to ease further from tomorrow, a new poll claims 49% of Britons do not feel comfortable with the idea of returning to an indoor museum or exhibition.

The latest research from polling firm Ipsos MORI suggests that while 34% of Brits are now fairly or very comfortable with the notion of visiting an indoor cultural venue, almost half do not yet feel ready to do so.

It’s not just visitors that may be concerned about the reopening of museums, with 34% of those surveyed saying they remain reticent about returning to their place of work.

While the number of people apparently willing to visit a museum has doubled from a prior survey in May – when just 17% stated they would feel comfortable attending cultural events – the figures still don’t represent an overwhelming change that many sites reopening in the coming days will be hoping for.

“After a period of declining concern, events of the last few weeks seem to have shifted public worries about the coronavirus back up again – although concern for the country remains much higher than perceptions of its risk to people personally,” according to Gideon Skinner, head of political research at Ipsos MORI.

“Significant numbers of Britons also remain anxious about many aspects of life returning to normal,” he adds, “particularly where these are in enclosed spaces or with large groups of other people.”