A Bear Called Paddington – from darkest Peru to London

As the silver screen beckons for the world’s much loved and well-mannered bear the Museum of London opens a new exhibition, A Bear Called Paddington today charting the story of the cherished character from page to screen, in a history that dates back nearly sixty years.

The genesis of Paddington can be traced to Christmas Eve 1956, when his creator, Michael Bond, bought his wife a small toy bear from a London department store and named him after the nearest railway station to which they lived.

Through a mix of objects including a first-edition book, illustration and film and animation props drawn from private collections never-before seen together in the UK, the museum will show the evolution of Paddington from first-draft, right up to today. 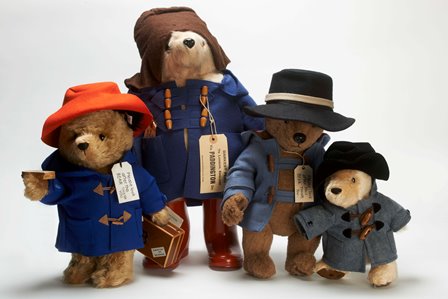 Paddington bears from around the world

Highlights include a signed first edition copy of the debut story, A Bear Called Paddington (1958), belonging to the author’s daughter, Karen Jankel. 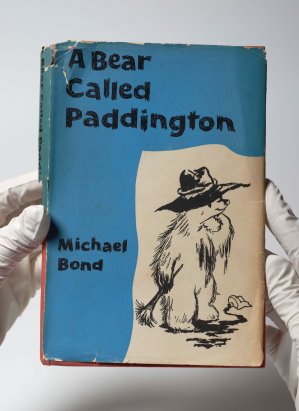 Props from the forthcoming STUDIOCANAL film, Paddington, 2D cut-outs and original Paddington puppet from the 1970s TV animations will also be on show. 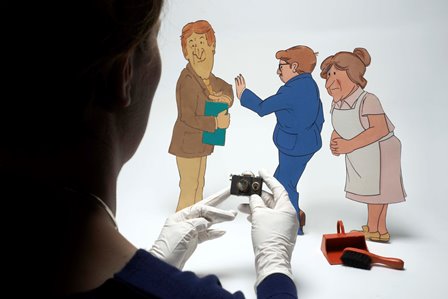 2D characters and props from the 1970s television animation

“Visitors will enter the Brown family’s front room at 32 Windsor Gardens and see a first edition of ‘A Bear Called Paddington’ belonging to Bond’s daughter Karen; one of the original 3D Paddington puppets from the 1970s TV animation; and from the new film, Paddington’s duffel coat, hat and suitcase.

“The stories about the stowaway from Darkest Peru who comes to London are loved around the world and the exhibition highlights his global phenomenon with several translations of the books, fan mail, and other worldwide Paddington products.

“Michael Bond’s stories about this well-meaning bear are timeless and there is a Paddington familiar to every age range in this exhibition.”

The Museum of London has also received its own life-size Paddington statue designed by BBC Sherlock’s leading man, Benedict Cumberbatch, as part of the Paddington Trail brought to the capital by VisitLondon.com, NSPCC and STUDIOCANAL. 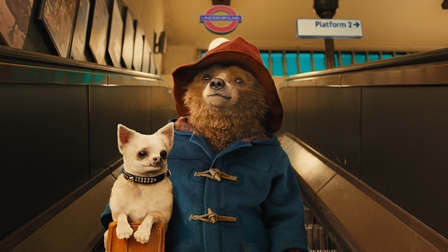 Visitors can now follow in the furry footsteps of the world’s favourite Peruvian explorer across 50 sites throughout the capital.

The film Paddington will be released on 28 November with voices from star-studded cast including Colin Firth and Nicole Kidman and music from Icelandic band Sigur Rós.

A Bear Called Paddington is a free exhibition and runs until 4 January 2015.