Anglo-Saxon objects from the British Museum and the Shakespeare Birthplace Trust collection are to return to Northumberland, to be stored at its newest visitor experience ahead of opening.

Ad Gefrin has secured a deal to loan the 6th and 7th century objects ahead of its opening in February 2023.

The objects will help to tell the story of the Anglo-Saxon Golden Age and the former summer palace of the Northumbrian Kings and Queens, Yeavering.

The site, which was not discovered until 1949 through aerial photography, was excavated between 1953 and 1962.

The objects have been chosen in collaboration between Dr. Chris Ferguson, Director of Visitor Experience at Ad Gefrin and Dr. Sue Brunning, Curator of European Early Medieval Collections at the British Museum.

These include a Pseudo Roman Coin Pendant, Silver Wrist Clasp and high-quality Replica of The Franks Casket from the British Museum showing the quality and craftsmanship of the Northumbrian Golden Age.

Also in the collection is a Castle Eden Claw Beaker, a highlight of the British Museum’s early medieval collections, which will return to the North East for the first time in 32 years. 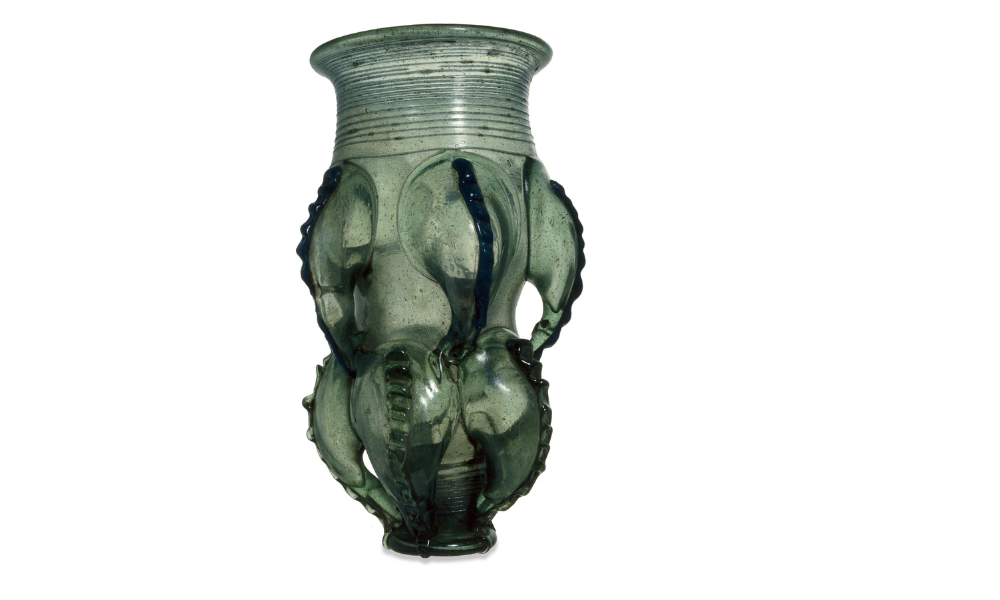 Ad Gefrin said it is one of the best-preserved pieces of Anglo-Saxon glasswork to survive and “demonstrates the status associated with feasting in this period”.

Other key objects including a Great Square Headed Brooch and Shield Boss are being loaned from the Shakespeare Birthplace Trust, which has established a partnership with Ad Gefrin to enable the display of objects in the context of the Anglo-Saxon Golden Age

Director of Visitor Experience, Dr Chris Ferguson said: “The return of those objects originating from Northumbria and the historical context provided by all of the loans will illuminate the intricate craftsmanship and richness of the culture to be found in the royal court at Yeavering –the jewellery, ceramics, weaponry and art on display were sumptuous – truly a ‘golden age of Northumbria’.

“As the extraordinary discovery of Sutton Hoo unveiled the riches buried in death for the people of this time – the story of Yeavering, to be told at Ad Gefrin, reveals the riches found in life.”

“These collections are of national importance and are rarely seen by the public which makes the collaboration with Ad Gefrin so important. Our great square-headed brooch with inset Roman intaglio is perhaps unique amongst Anglo-Saxon finds.”