A range of projects from Victorian brickworks, historic shipways and an underground mail railway make up the third and final round of the Biffa Award, part of AIM’s National Heritage Landmarks Partnership Scheme. The partnership scheme was established by AIM to create a high profile network of interpretation and education projects across the UK that will showcase the far-reaching changes in industrial development that have shaped our nation’s history.

Sir Neil Cossons, Chairman of the Advisory Panel, said: “The third and final round of the AIM/Biffa Award scheme, like the first two, has resulted in a diverse range of really excellent applications, again demonstrating the significance of Britain’s outstanding industrial heritage. These grants will support conservation, enhancement of access for the public and major improvements in interpretation.”

These annual awards have been allocated to projects that help transform derelict buildings and sites into inspirational resources that tell the stories of people, processes, industrial development and change.

The six new projects in the National Heritage Landmarks Partnership Scheme are:

Burlesdon Brickworks, Hampshire: £82,000
The Bursledon Brickworks are a complete Victorian steam driven brickworks. Their survival is extraordinary. It is rare for a manufacturing industry not to update their processes but this happened at Bursledon. Newer introductions were made elsewhere on site but the remaining unit is as it was when the Victorian owners built it. This project will reinstate a steam engine working an old pan mill for mixing clay, enabling visitors to the site to gain a better understanding of brick manufacture.

National Waterways Museum, Ellesmere Port: £119,718
This project involves a major redevelopment of the historic Slipway at National Waterways Museum in Ellesmere Port Conservation Area, opening it up to the public for the first time as a fully accessible site. The Slipway overlooks the Manchester Ship Canal and the Mersey estuary. A viewing area will be created, enabling visitors to visualise and understand the importance of movement of cargoes between the coast and the canal network and the role of global trade in transforming the region and our nation.

Middleport Pottery, Burslem: £120,000
The Victorian Middleport Pottery with its unique handmade production of Burleigh ware was saved from closure several years ago by The Prince’s Regeneration Trust. Funding from Aim Biffa Award will restore the pottery’s original 1888 W. Boulton Steam Engine and open up the Boiler House as part of the visitor experience. The steam engine is thought to be the only recorded example of a Boulton Burslem built steam engine remaining within its original context.

Mail Rail, London: £69,075
The Post Office Underground Railway, also known as Mail Rail, represents an ingenious and uniquely British solution to the problem of the capital city’s crowded streets and the need to transport mail quickly and efficiently. Opened in 1927, the world’s first driverless, electrified railway ran under the streets of London for more than three quarters of a century from Whitechapel in the east to Paddington in the west. This project will provide visitor interpretation, together with the restoration and display of key rail track features of the railway at Mount Pleasant. 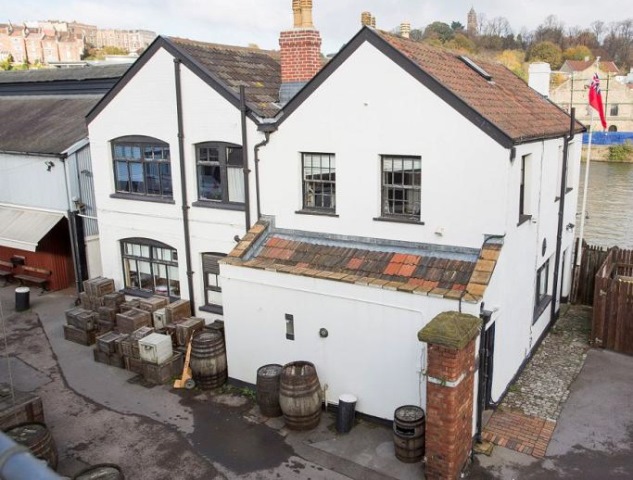 ss Great Britain, Bristol: £117,180
This project will allow the public to enter Brunel’s Drawing Office for the very first time and learn the story of the screw propeller, which was a defining moment in Brunel’s career. Visitors will be invited to enjoy the authentic restoration of the building, as part of a new museum Being Brunel, where the engineer worked on the design and build of the ss Great Britain.

Woodhorn Museum, Ashington: £35,000
Located at the heart of the original colliery building complex at Woodhorn, No.2 winding house was built between 1899 and 1900, and is the last Victorian engine house in Northumberland to still contain a working winder. This project will refurbish the historic colliery winding house (largely untouched since the 1980s), and install new interpretation so that it can be permanently accessible to the public for the first time.