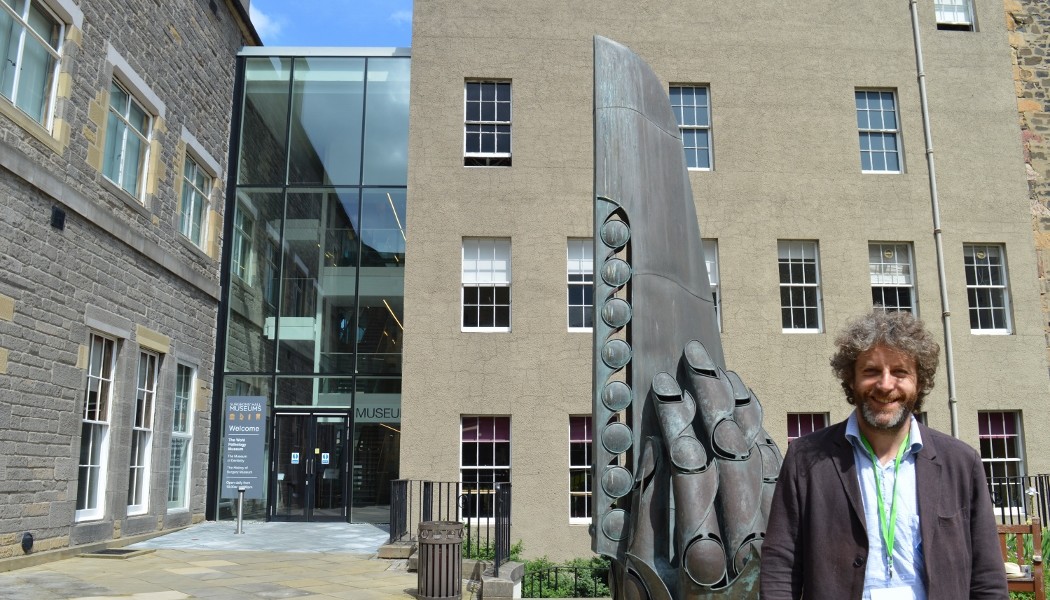 AIM’s new chair, Richard Evans has been the director of Beamish Living Museum since 2008 and leads a team of more than 350 staff, supported by more than 400 volunteers as well as more than 2,000 friends and business partners.

Over the past six years, visitor numbers have nearly doubled to 650,000, turnover from operations has increased to £9m and the museum has created more than 150 jobs and apprenticeships. A 12-year master plan for the future development of the museum was issued in 2013 and the first phase of this, a major £17m capital project called Remaking Beamish, is currently under development.

Evans sits on the Executive Board and Council of the Association of Independent Museums and is also a member of the National Museums Directors Council. He leads a Major Partner Museum consortium with The Bowes Museum supported by Arts Council England as well as a Creative People and Places consortium programme in East Durham.

“I think AIM is at a really exciting point and has been developing incredible success over five years under Matthew’s chairmanship,” he said. It’s an organisation that is growing and providing important resources to make museums prosper and also delivering benefits to museums of all shapes and sizes. The diversity of the museums is important and it’s crucial that this diversity continues. My first task will be to listen very carefully and support the excellent team who make the organisation work.”

AIM has grown in stature since Tanner has been chair with, among other projects, a series of groundbreaking success guides steering independent museums to resilience and AIM Hallmarks. Independent museums now make up two thirds of the museum sector with 1,172 establishments welcoming 10 million visitors per year, accounting for £1bn to the economy and 16,000 jobs.

Richard Evans, the new chairman of AIM outside the new entrance to the Surgeons’ Hall Museum, Edinburgh. Photograph by Adrian Murphy