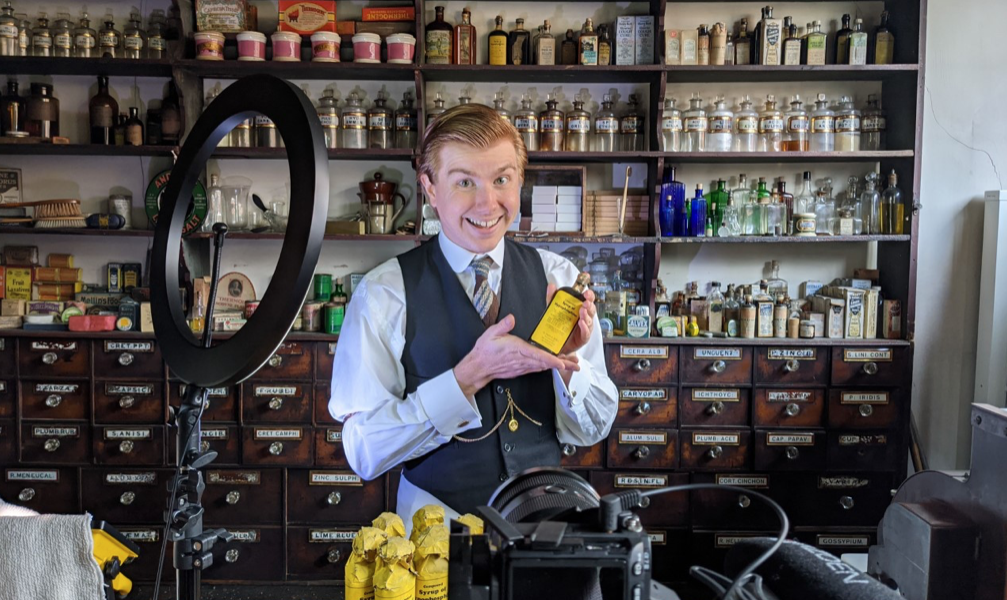 How AIM members have shaped the Museums + Heritage Awards

How AIM members have made a significant contribution to the ‘Hall of Fame’ in which Museums + Heritage Award winners of the past now reside.

AIM members have made a significant contribution to the ‘Hall of Fame’ in which Museums + Heritage Award winners of the past now reside.

Just last year, across 18 categories at the 2021 Museums + Heritage Awards, 12 AIM members were shortlisted, and five went on to secure a win. As the 2022 awards approach, and the deadline draws nearer, its members’ impact on the awards could grow ever deeper.

Among the AIM members to take home a trophy just last year were Charleston Trust which scooped Fundraisers of the Year for Charleston Save and Reopen Charleston, and The Tank Museum which took home the Shop of the Year award for its Tank Museum Online Shop.

Other AIM member winners in 2021 include the Black Country Living Museum which was recognised for its efforts on TikTok with the award for Best use of Social Media, The Garden Museum’s story of Derek Jarman’s garden which last year was crowned Exhibition of the Year, and Beamish, The Living Museum of the North which was recognised with a special Pandemic Pivot Award.

Alongside a long list of AIM member winners were those which were shortlisted or Highly Commended. Derby Museums, The Cartoon Museum, Barnsley Museums, The Scottish Crannong Centre, Seven Stories, London Transport Museum and York Museums Trust, all secured a place in the awards shortlist just last year.

AIM as an organisation has also played a part in the awards, partnering the Volunteer(s) of the Year category, which spotlights the invaluable work of volunteers who give up their time to contribute to the success of museums and heritage attractions across the UK.

Anna Preedy, Director of the Museums + Heritage Awards said: “AIM has a strong focus on financial resilience and sustainability, an important part of our awards criteria which are geared-up recognise this effort. AIM’s support, both through its partnership with the awards and support for its members, is ensuring our winners continue to be of the highest calibre.”