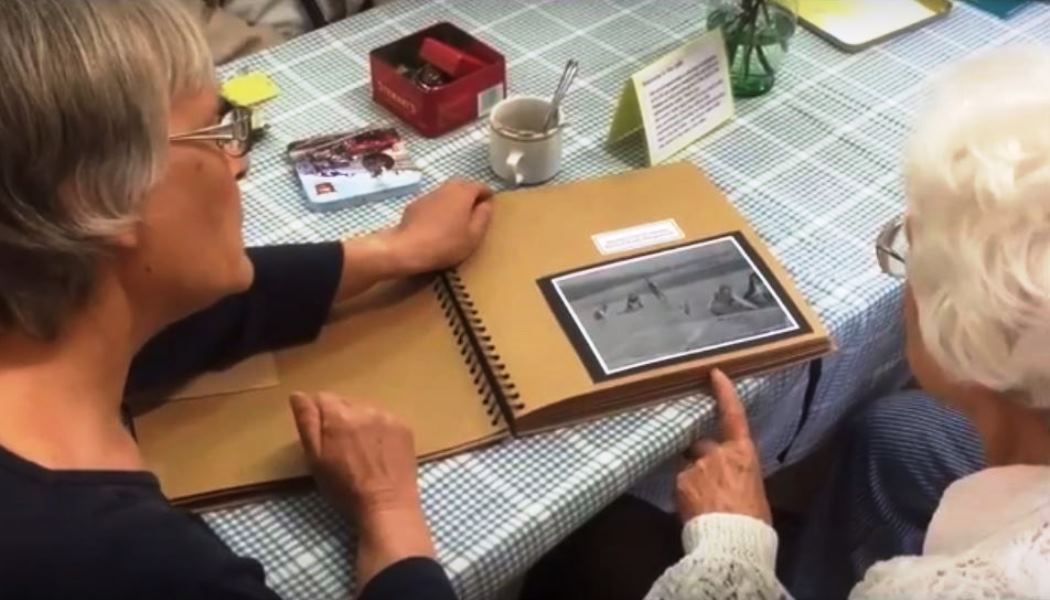 The success of a community project launched by the Almonry Museum and Heritage Centre in Evesham has led the organisation’s learning co-ordinator, Adele Webb to prepare case studies for the benefit of similar small museums.

The museum set out early last year to make a collection of themed albums of nostalgic photos for sharing on a one-to-one basis, initially for people living with dementia. The project was helped along by the museum winning the £1,000 Museums + Heritage Show prize fund in May last year, which significantly helped the quality and scope of the project.

Since September, when pilot albums were first shown at a dementia cafe in Evesham, the museum has reached a far larger section of the community than anticipated with other groups coming forward to access the albums including a sheltered accommodation, the local hospital, the Stroke Association and a Hospital Trust in a neighbouring county.

“There were also unexpected outcomes for the consultations: suggestions included a magnifying glass for those with visual impairment and, most importantly, an opportunity for people to add their own memories or information about the photos. This built on the co-production aspect of the project, enabling people to contribute as authors,” says Webb.

Albums based on the decades have been suggested by users and this has also led to reminiscence boxes to represent each decade from 1930s to 1970s, with committed items from the museum’s handling collections.

“The existing 12 albums are coming and going on loan, in different settings. Four more are under way and we are reserving the next wave for a public campaign. This will be to invite people to loan us photos for reproduction to include in albums which will complement the Decades Boxes that we have been asked to produce.”

One of the next stages of the project is to purchase storage and presentation boxes while a call via the Vale of Evesham Historic Society initially has been put out for suitable objects for the Reminiscence Boxes with the the latest acquisition being an antimacassar.

A case study has been submitted to the Group for Education in Museums and a further case study is being proposed for AIM in the hope that the development of the project will provide guidance and inspire small museums to launch their own projects.

To enter your project for the chance to win £1,000 in the Museums + Heritage Show prize fund check out this link.