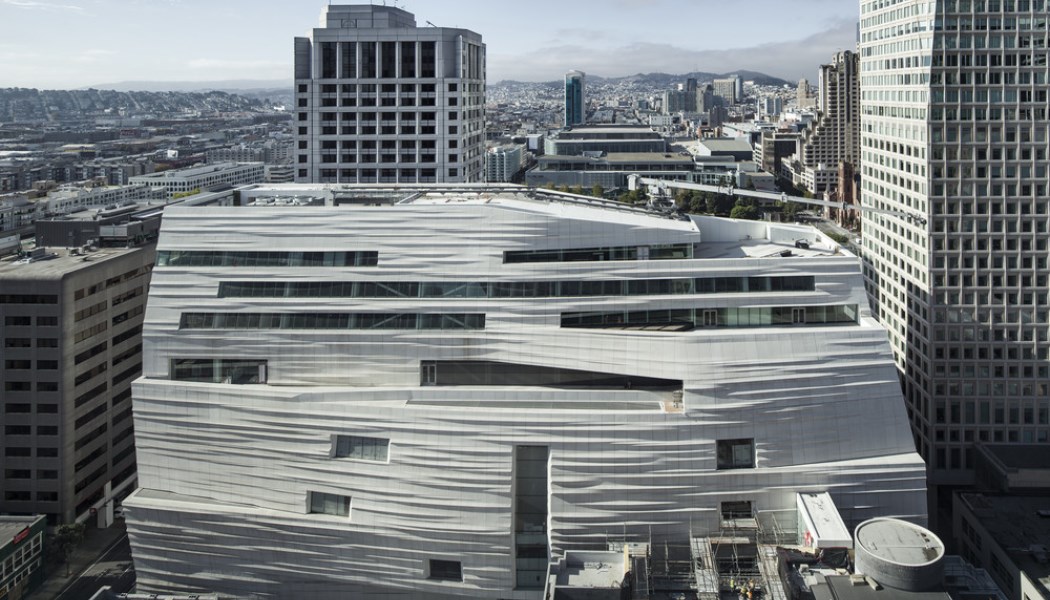 The expanded SFMOMA will offer nearly three times the previous exhibition space, in what it calls an ‘outward-looking architectural design that weaves the museum into the city as never before’. It will feature 260 works from the Fisher Collection, a first showing of more than 600 artworks promised to the museum and the debut of the new Pritzker Center for Photography.

SFMOMA also announced it has reached a capital campaign milestone of $610 million raised which, in addition to covering construction costs, has more than tripled its endowment. More than 500 donors have supported the campaign and fundraising continues for education, art commissioning and exhibition programmes at the museum.

Among the new offers will be free admission in perpetuity for all visitors 18 years and younger.

“On May 14th San Francisco will experience the extraordinary scope of the SFMOMA collection for the first time and see first-hand how the newly expanded museum will be able to serve our community, art lovers and school children in exciting ways we’ve only dreamed of doing in the past,” said Charles R. Schwab, Chairman of SFMOMA’s Board of Trustees.

The SFMOMA has also launched a new website to reflect the museum’s new institutional branding.

Inaugural installation to present artworks from the renowned Fisher Collection, SFMOMA’s Campaign for Art, and the New Pritzker Center for Photography