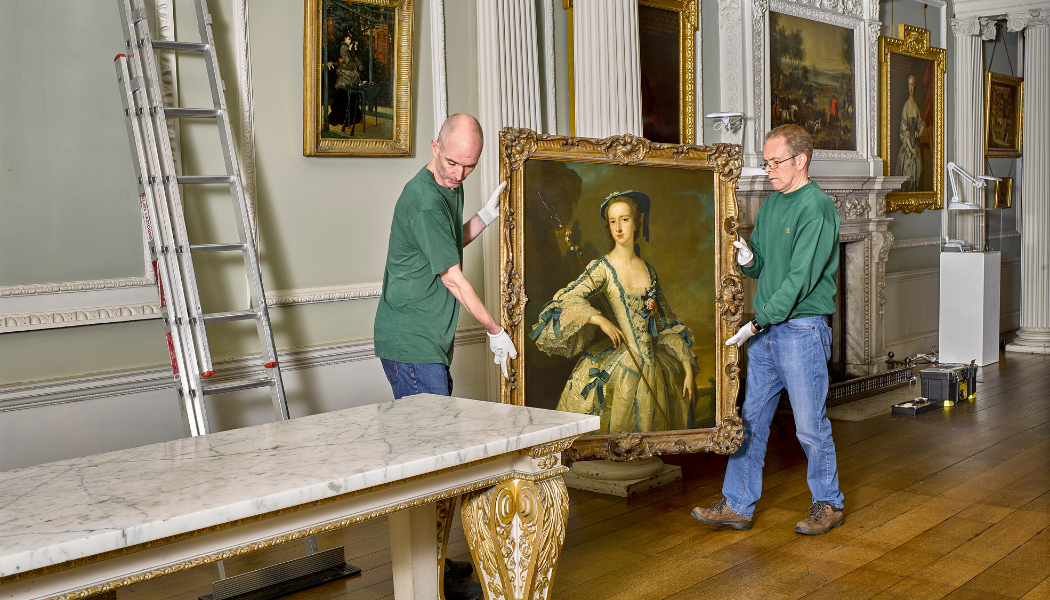 The portrait will now feature in new volunteer-led tours this autumn after it was saved from auction.

An unexpected anonymous donation has allowed the National Trust to purchase an 18th-century portrait and return it to Wimpole in Cambridgeshire, days before it was due to be sold at auction.

The portrait by renowned society artist Thomas Hudson, had been on loan to Wimpole for several decades and was first offered to the Trust for sale in 2014. Unable to find funds, the Trust returned the painting to the lender earlier this year where it was subsequently scheduled for auction by Sotheby’s.

After the anonymous donor came forward, the owner agreed to withdraw it from auction, and to sell it to the Trust through the government’s Private Treaty Sale scheme.

The portrait returned to Wimpole on Tuesday 9 November and now forms part of new volunteer-led tours inspired by the National Trust’s Year of Treasures celebrations. 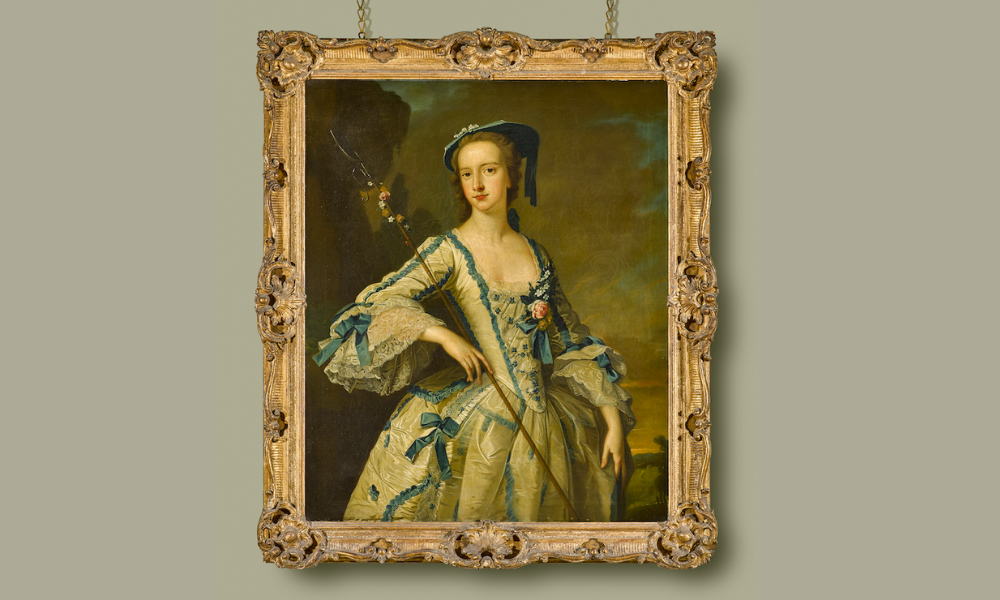 The portrait is believed to show the eldest daughter of the first Earl of Hardwicke (1690-1764), Lady Elizabeth Yorke, who is depicted as a shepherdess in a pastoral style.

Iain Stewart, Senior Collections & House Manager, said the National Trust was disappointed not to be able to raise funds on its own given the financial climate, and since reopening Wimpole, “ volunteers have naturally been sad to see that the portrait was no longer with us.”

“We’re delighted to finally be able to acquire the portrait – we have missed it greatly and it left a considerable gap in our picture hang and presentation of the Yorke family story.”

Hilary McGrady, National Trust Director-General, concluded: “Our collections are such a powerful way to tell the many different stories of the people who brought these properties to life through the centuries and this portrait is just one example of that.”