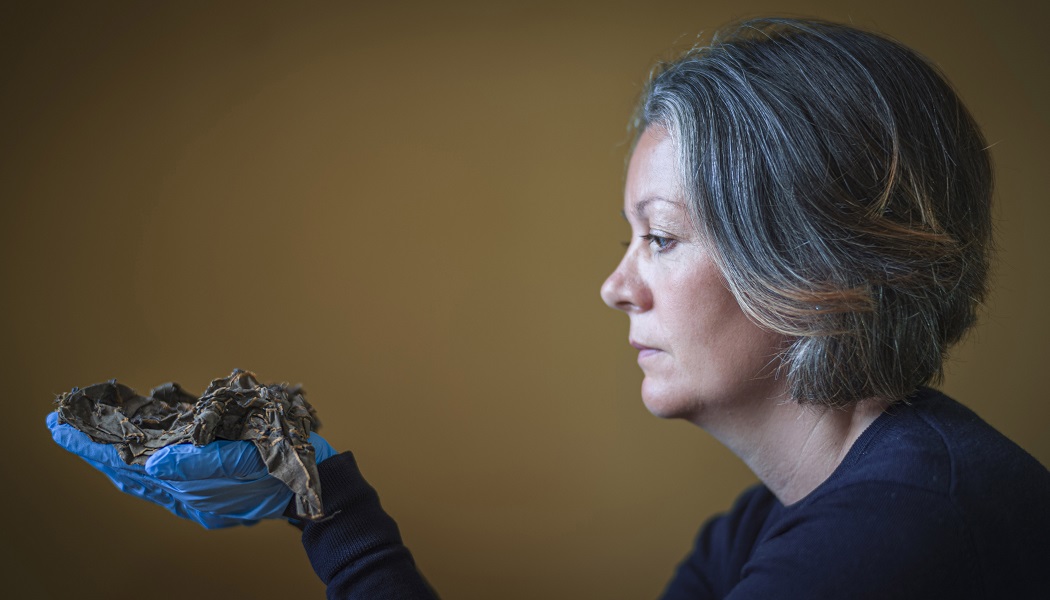 A sole Archaeologist who worked through coronavirus lockdown in the attic rooms of Oxburgh Hall has discovered a plethora of historic artefacts underneath the floorboards, with some items dating back six centuries.

The objects were located during a fingertip archaeological search conducted by Matt Champion while £6 million repairs were being conducted on the manor house’s roof.

The haul, which is one of the largest of its kind at a National Trust property, includes a page from a rare 15th-century illuminated manuscript. This was spotted by a builder when light caught the gold leaf and bright blue of the illuminated initials amongst the excavated underfloor rubble.

“When the boards came up, we could see a wave pattern in the debris which showed it had been undisturbed for centuries,” notes Anna Forest, the National Trust curator overseeing the work. “The peak of each wave of dust, debris and objects was highest under the crack between the boards. In was often inches thick and lay on top of a layer of lime plaster, which drew out the moisture from the debris and resulted in much of it being perfectly preserved over the centuries.

“The use of blue and gold for the minor initials, rather than the more standard blue and red, shows this would have been quite an expensive book to produce. It is tantalising to think that this could be a remnant of a splendid manuscript and we can’t help but wonder if it belonged to Sir Edmund Bedingfeld, the builder of Oxburgh Hall.” 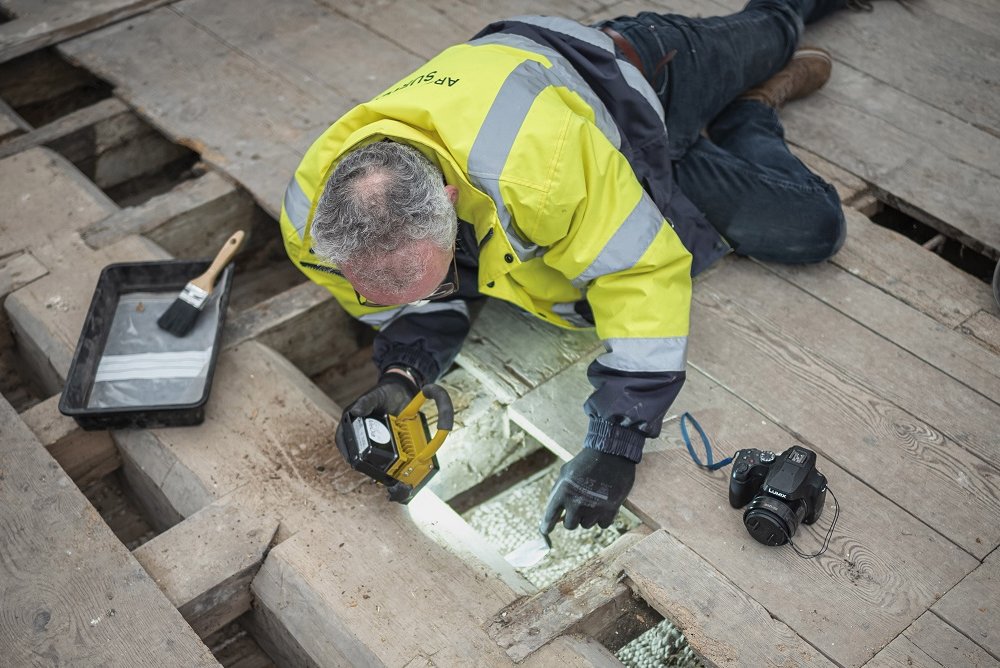 Archaeologist Matt Champion looking under the floorboards of Oxburgh Hall, where unique set of items have been discovered during a reroofing project © National Trust/Mike Hodgson

Elsewhere in the property, rats’ nests were found to contain 200 individual fragments of expensive, high-quality textiles dating back to the 16th and 18th centuries. The nests also comprised scraps of handwritten music from the 16th century. Other more recent items discovered included an empty box of Terry’s chocolates from during the Second World War.

“We had hoped to learn more of the history of the house during the reroofing work and have commissioned paint analysis, wallpaper research, and building and historic graffiti recording. But these finds are far beyond anything we expected to see,” states Russell Clement, general manager at Oxburgh Hall.

“This is a building which is giving up its secrets slowly. We don’t know what else we might come across – or what might remain hidden for future generations to reveal.”

A chocolate box dating to the 1940s was among the many items found under the floorboards of Oxburgh Hall, Norfolk by archaeologists during a reroofing project © National Trust Images/Matt Champion

The remaining debris from under the lifted sections of flooring has all been removed and bagged to be sifted through in future. Research is ongoing to identify more recovered fragments in order to boost understanding of Oxburgh Hall’s history.