Artist Rooms On Tour 2015 – a year of photography

The National Galleries of Scotland and Tate have announced their schedule for the seventh year of Artist Rooms On Tour with 17 venues across the UK in 2015 and a further seven exhibitions already open will continue to run into that year.

Included in the tour will be displays at 12 new venues including a Damien Hirst Artist Rooms exhibition at The Pier Arts Centre in Orkney, the most northerly part of Britain to host a display of this artist’s work. 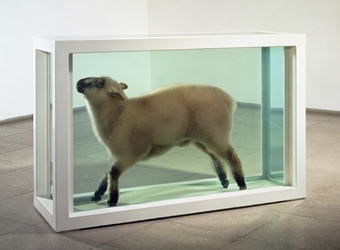 Damien Hirst, Away from the Flock

Artist Rooms exhibitions are from the collection assembled by Anthony d’Offay and is owned jointly by Tate and National Galleries of Scotland and was established through The d’Offay Donation in 2008 to enable this collection to reach and inspire new audiences across the country, particularly young people.

The Artist Rooms’ learning programmes, peer-led youth groups and young ambassadors' schemes have had tremendous success over the years with young people taking part in learning programmes at associate venues (outside Edinburgh and London) totalling 88,601 during the period of 2009-12.

Next month Young Ambassadors from Shetland will be travelling to Tate Modern to meet Don McCullin to work on an exhibition curated by them, to be opened in Shetland. 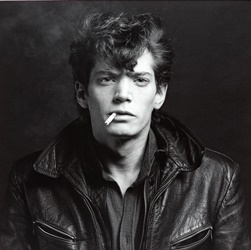 By the end of 2015, Artist Rooms will have been shown in 78 museums and galleries nationwide and 149 displays and exhibitions will have opened since 2009. 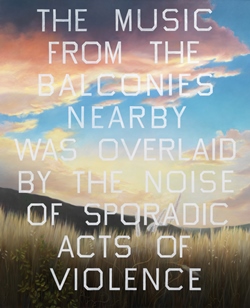 Ed Ruscha, The Music from the Balconies

The total number of artists now part of the Artist Rooms collection is 39. This year an important group of works by Dan Flavin was added, joining recent acquisitions of the work of Alex Katz, Douglas Gordon and Louise Bourgeois and was recently shown in Dumfries.

Once again, there have been record numbers of visitors, notably to Gilbert & George, the first tour of these artists’ work as part of the scheme, where the Royal Albert Memorial Museum and Art Gallery in Exeter had 69,805 visits.

Last year the first Artist Rooms Mooc (Massive Open Online Course) was launched, in collaboration with the University of Edinburgh and focusing on Andy Warhol.

The total number to register for this, the first art MOOC dedicated to a single artist and the first such course to be developed in the museums and galleries sector, was 27,669.

Participants came from across 155 countries. In response to its success, it will continue to run again in 2015 and 2016. 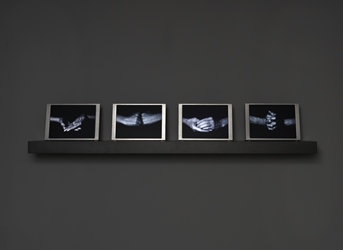 Click here to see the full set of dates