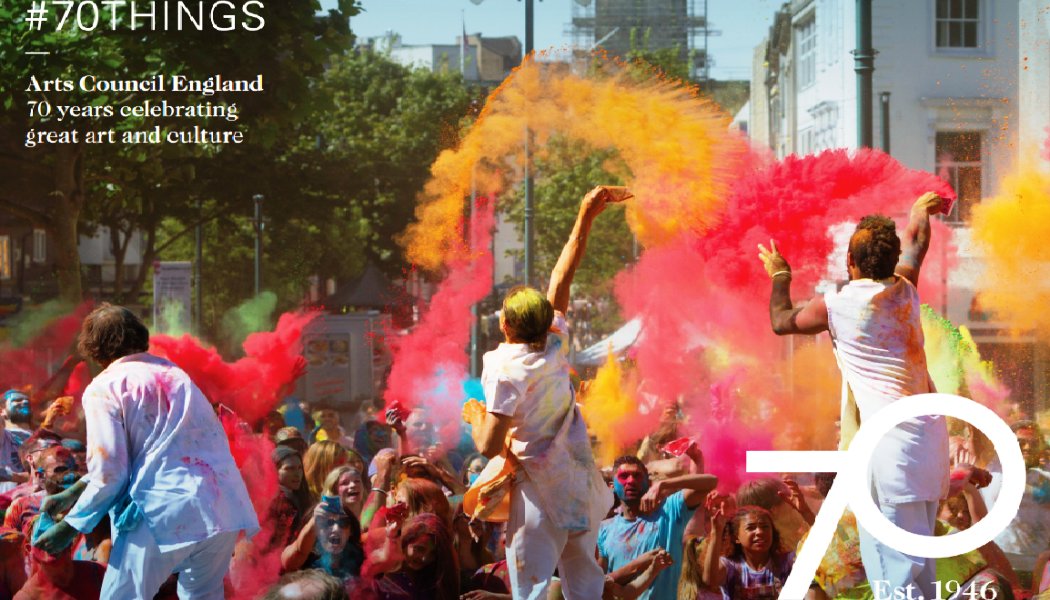 ACE is marking seven decades of investing in great art and culture across England and has put together a list of 70 creative, fun and affordable activities that anyone can do

From designing your own emoji to tuning in to the Last Night of the Proms, this list of #70things will help you unleash your creativity this summer say ACE.

They are asking people to have a go at the activities on the list and share their creations using #70things and also check the hashtag to see what other people are up to.

The Arts Council grew out of the Council for the Encouragement of Music and the Arts (CEMA), which was set up in 1940 with the aim of supporting Britain’s culture as part of the war effort. The driving force behind the creation of the Arts Council, and its first chairman, was John Maynard Keynes, the economist.

“Keynes was the architect of the Arts Council’s Royal Charter, although he died shortly before it was ratified in 1946. The Arts Council was funded with a grant from the Treasury, operating at arm’s length from the government,” said ACE chief executive, Darren Henley. “This principle is still upheld today. In addition to government funding (known as Grant in Aid), since 1994, the Arts Council has also distributed National Lottery Good Causes funding to arts and culture activities across England.”