Arts Council England has published its 2013/14 annual report for the Cultural Gifts Scheme, which encourages gifts to the nation of important items during the donor’s lifetime, and the Acceptance in Lieu scheme, which allows those who have to pay Inheritance Tax to do so by offering important cultural, scientific or historic objects to the nation.

The report details the first full year of the Cultural Gift Scheme, which came into operation in March 2013, and items accepted by both schemes are allocated to public collections throughout the UK and available for all to engage with and enjoy.

“Each and every case reported here has required careful consideration and negotiation. The Arts Council could not do this without the unstinting work of the Acceptance in Lieu Panel, led by Edward Harley. 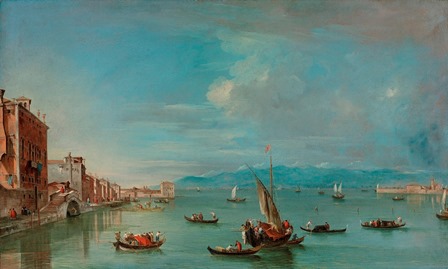 Venice: the Fondamenta Nuovo with the Lagoon and the Island of San Michele by Francesco Guardi. Photo: Ashmolean Museum

“To the Panel members and many expert advisers listed at the back of this report we owe a special debt of thanks for their time and effort.”

A vast range of material has been accepted for the nation and allocated to museums and galleries across the UK, including:

• An early rare Vincent Van Gogh painting allocated to the National Gallery. 'Head of a Peasant Woman' is the first early work and the first portrait by the artist to enter the collection.

• An elegant portrait by Joseph Wright of Derby allocated to the Holburne Museum in Bath, the city where Wright lived and worked between 1775 and 1777. This is the first work by Wright to enter the collection. 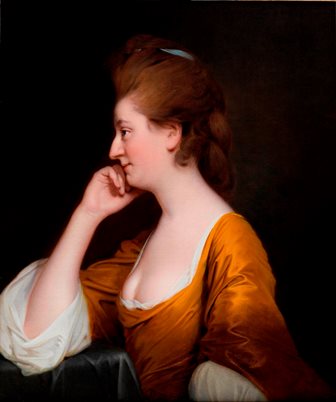 • One of Liverpool’s much loved paintings, ‘The Dinner Party’ by Sam Walsh allocated to the Walker Art Gallery in Liverpool. The work pays homage to the Walker’s celebrated masterpiece, Isabella by pre-Raphaelite John Everett Millais.

• Lucian Freud’s collection of works by Frank Auerbach. This was the largest ever offer accepted by the Panel in its history of over 100 years.

• An exceptional manuscript of a medieval drama is now a permanent part of the British Library’s collection. When it was sold in 19th century it was the most expensive book ever.

Culture Minister Ed Vaizey said: “These two schemes are making a great contribution to the range and richness of our cultural heritage.
“It’s great to know that the items that have now moved into public ownership will now be available for everyone to appreciate and enjoy for generations to come.”

Details and images of all 27 cases can be found in the report here: