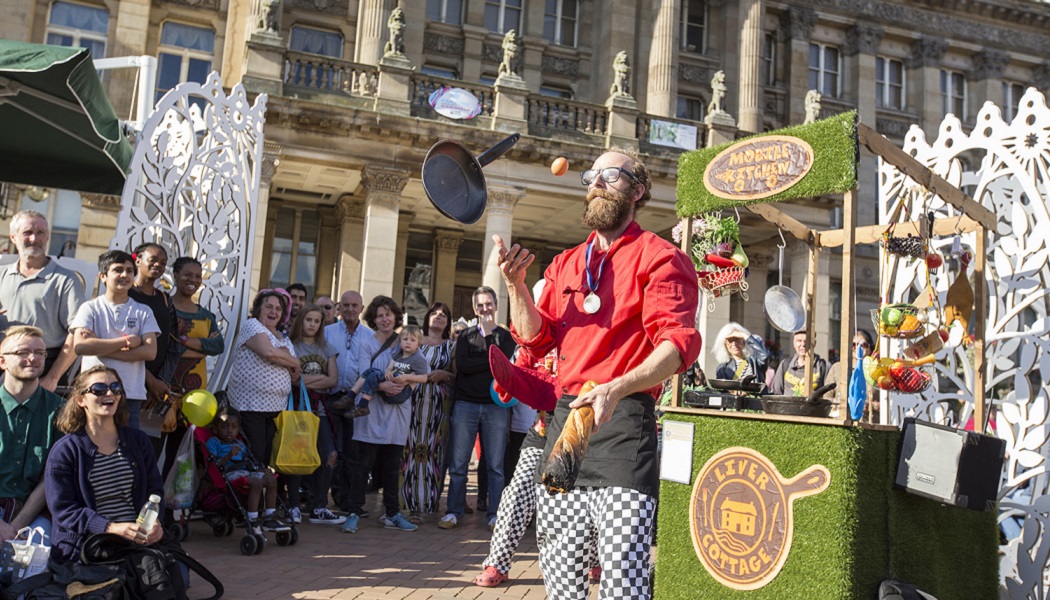 How do the populations of Birmingham, Halifax, Hastings, Redruth, Southampton and Stoke-on-Trent interact with and value arts and culture? A new Arts Council England report has set out to discover exactly that.

Arts Council England has launched a report examining how arts and culture can help to attract people and businesses to an area, foster strong community ties and shape a place’s identity.

Social and economic indicators were examined in Birmingham, Halifax, Hastings, Redruth, Southampton and Stoke-on-Trent, using survey responses from residents, businesses and organisations including local councils and Chambers of Commerce.

Wellbeing
65% of those surveyed believe arts and culture to be “good for wellbeing”, while 36% described engagement with arts and culture as “essential to life”. Those who regularly attend a range of arts and cultural events identified as being more satisfied with their lives than those who do not.

Local economies
Attracting a wide mix of people to an area and ensuring they stay is key to maintaining a healthy local economy, and the quality and breadth of arts programming in a given place is important to achieve this. In the study, 44% of people who remained in an area and 43% who opted to move to a new area cited arts and culture as an important factor in their decision; a consideration which came out similar to the level of importance attributed to the quality of an area’s schools. These figures did not appear to be influenced by the type of work a respondent undertook, suggesting the arts are important to people of all backgrounds.

Community cohesion
49% of people surveyed saw attending arts and cultural events as a good way to feel part of a community, with 68% citing such events as very important for fostering community feeling.

Sir Nicholas Serota, Chair of Arts Council England, claimed the report findings suggest “people value arts and culture and that the opportunity to visit a theatre, listen to music or borrow a book from a local library is as important a factor in their choice of where to live as the availability of good schools.”

The report, he continued, shows that public investment in the arts sector is “helping to bring people together, promoting wellbeing, and sustaining towns and cities through the dramatic changes happening on high streets. By supporting our cultural sector we create happier, more vibrant communities where people are proud to live and work.”

In addition to the wellbeing of residents, strong local economies and better community spirit, the report references the huge role arts and cultural organisations are now playing to fill the void left on high streets across the country by shops closing down.

The report is rooted in data from Ipsos Mori’s annual Active Lives survey, with the latest version having been administered between May 2017 and May 2018. Focus groups were also conducted with residents alongside interviews with business leaders, local council inward investment teams, Chambers of Commerce, Business Improvement Districts and Regional Growth Companies.