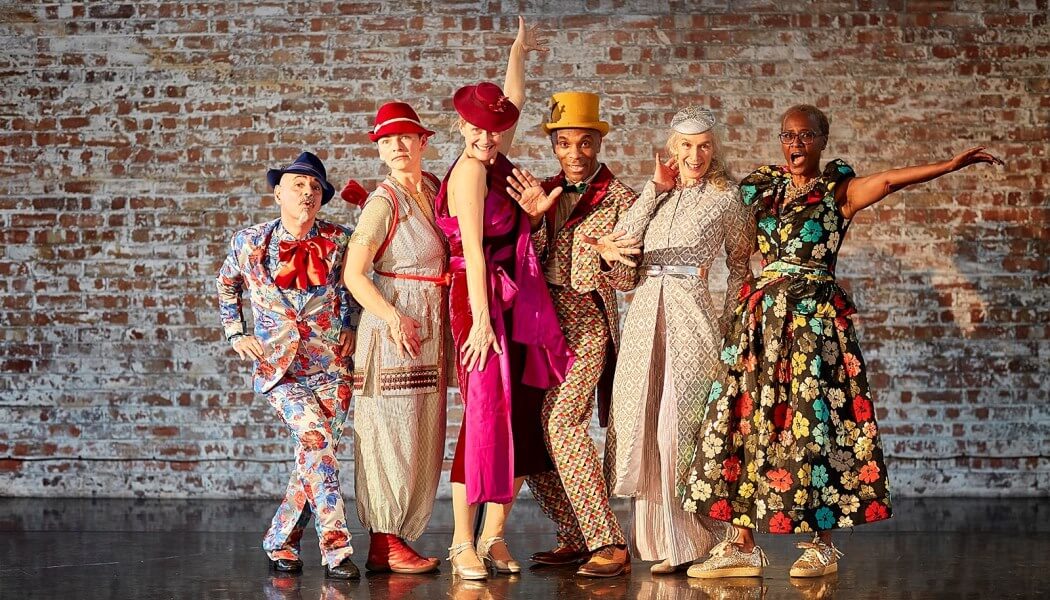 Arts Council England published its fourth annual diversity report today, showing how it and the museums, libraries and arts organisations it funds are making progress with implementing diversity

The report found that Major Partner Museum’s reported that only 5% of staff were not white, a long-standing issue which the Arts Council says ‘urgently needs addressing’. By contrast 16% of the working age population are from black and minority ethnic (BME) backgrounds.

The 2017/18 report publication coincides with a livestream of a panel discussion on the Arts Council website – the first of a series of webinars organised by the Arts Council on diversity – chaired by the Government’s disability champion for the arts and cultural sector, Andrew Miller, and featuring Arts Council chair, Nicholas Serota and Caroline Huntley, Head of the Disability Service. The livestream is available to watch from 11.30am.

Equality, Diversity and the Creative Case features data mostly for the period 1 April 2017-31 March 2018 and will be the last to scrutinise the 2015-18 National Portfolio consisting of 685 organisations. It concludes that despite gradual improvements the sector is still “treading water” on diversity.

It says that overall, there are moderate increases in the proportion of black and minority ethnic representation (BME) representation, disabled, LGBT and female workers within the total National Portfolio Organisation (NPO) and Major Partner Museum (MPM) workforce. However, the evidence shows that people from a BME background and disabled people are under-represented across the workforce and leadership of the sector compared to the total working population.

There continues to be high levels of ‘unknown’ data, the report finds, for disabled contractual and voluntary workers at NPOs and while overall the percentage of disabled workers at MPMs has remained static, the Arts Council says it has seen an increase in the total percentages of ‘unknowns’ from 36% to 43% for disabled workers at MPMs. This trend, the report says, is repeated across levels of ‘unknowns’ for sexual orientation: 58% of the total workforce at NPOs and 62% of the total workforce at MPMs remain unknown.’

“The data from our annual diversity report shows where we are on the journey to become better representative of society,” said Nicholas Serota, chair, Arts Council England. “There has been progress in some areas; in others we see little momentum. We must be more focussed in our approach to the issues and from next year we will be reporting in greater detail, looking at diversity in the context of the funding organisations receive as well as their artistic disciplines.”

The report reveals that disabled people remain under-represented – only 5% of NPO and 4% of MPM staff identify as disabled, despite making up 20% of the working age population. There is better representation at leadership level – 7% of chief executives, 8% of artistic directors and 6% of chairs.

There has also been slow progress improving BME groups with a small increase in representation across the workforce and leadership of NPOs 2015-2018 shows a shift from 10%-12%.

MPMs reported that only 5% of staff were not white, a long-standing issue which the Arts Council say ‘urgently needs addressing’. By contrast 16% of the working age population are from BME backgrounds.

The representation of women in senior roles has continued to improve; better data collection shows that more than half of the organisations in the Portfolio are run by female chief executives and the number of female artistic directors increased from 35% to 46% between 2016/17 and 2017/18.  But the report say that there is more work to be done in relation to female chairs, where the sector has seen a marginal increase (35% to 37%).

Organisations have continued to prove their commitment to the Creative Case for Diversity, which requires them to integrate diversity into their artistic programming. In 2017/18, 51% of NPOs were rated as ‘good’, the highest possible rating, up from a third in 2015/16.

The new National Portfolio runs from 2018-22 and includes more diverse-led organisations than ever before. However we accept that there is much work to do before the organisations we fund reflect our diverse, contemporary society.

Between 2018 and 2022, the Arts Council will invest £1.45bn of public money from government and an estimated £860m from the National Lottery to help create these experiences for as many people as possible across the country. www.artscouncil.org.uk.

Next year’s report will no longer be reporting separately for NPOs and MPMs, as they are now integrated into one National Portfolio. This means that consideration has been given to future reporting to provide greater transparency.