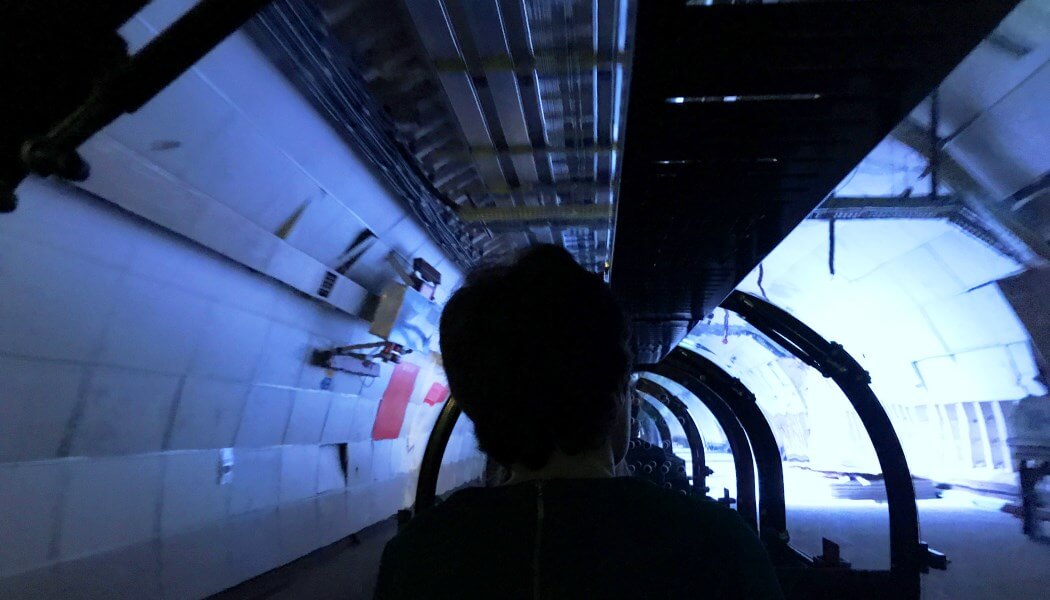 Final touches are also being made to Mail Rail, an underground ride that allows visitors to travel through the historic heart of the postal network, that will be in service from September 4

The new Postal Museum opens today in central London and tells the story of five centuries of innovation and communication through engaging and entertaining interactive displays as well as bringing out part of the postal services collection. Visitors will be able to chart the history of the Royal Mail as the first social network chronologically as the exhibits snake through the building with colourful and informative graphics and photos, which represent key moments in mail history.

Each of the five sections has a healthy mix of original objects, such as a Bristol to London mail coach from the 1800s, a sheet of Penny Black, and a Gold Olympic post box and interactive displays including design your own stamp (which you can email to yourself), deciphering Morse code and writing messages that you can then place in pneumatic tubes and watch them disappear. As well as this there is a cinema screen showing ground-breaking films including the famous Night Mail with words by WH Auden and music by Benjamin Britten. 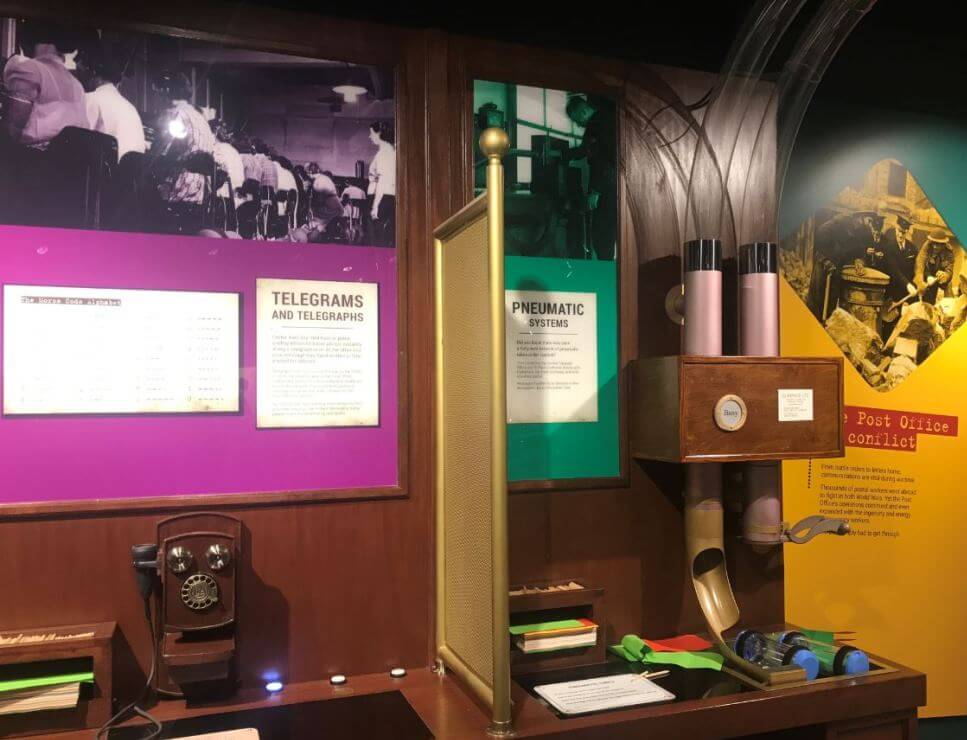 Interactive displays at The Postal Museum

The new museum also brings together the archive of the Royal Mail Group PLC, and Post Office Ltd with 400 years of postal heritage. But its location is no accident as the opening of the museum also heralds possibly one of the riskiest, most complicated and quite brilliant heritage projects a museum has undertook: Mail Rail. 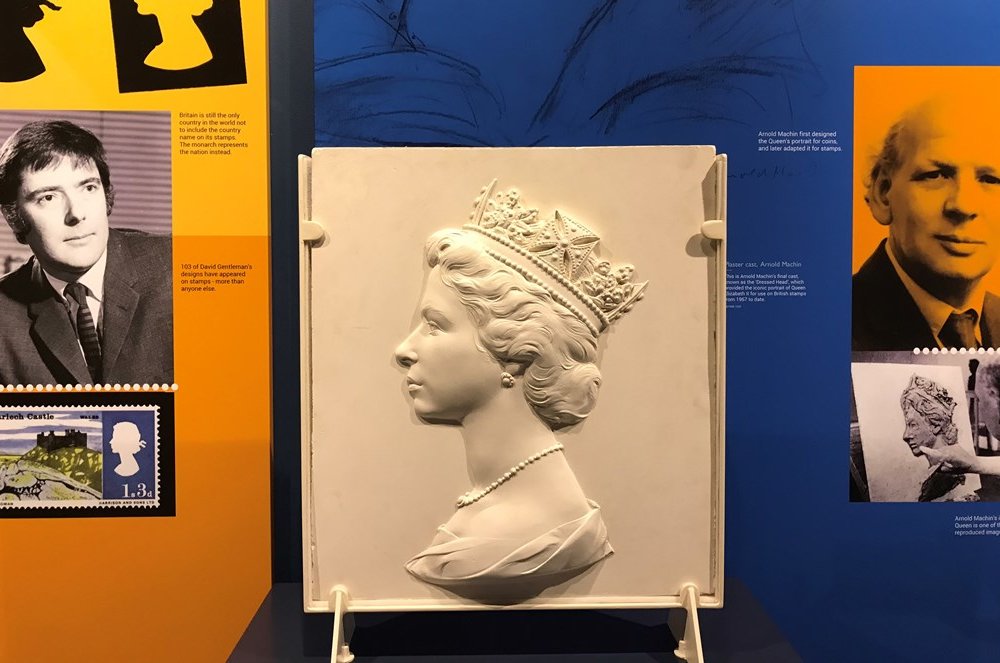 Bringing back to life a section of a six-mile underground railway network that was created through an Act of Parliament to carry letters on narrow trains has now been restored and reinvented to carry passengers. And it is a thrill to experience as you simply feel as though you should not be allowed to be shuttling around the underbelly of London unless on the official London Underground.

“What we are talking about here is an opportunity – this was a railway built over 100 years ago for letters not people,” says Adrian Steel, director of The Postal Museum. “It has been a significant logistical challenge to even get down there. Then there is the legal question – if we looked ahead to expanding the ride we would keep barristers employed for years. Then we found asbestos and had to deal with it and at one point I was choosing the colours for the trains and one came back pink instead of red.”

The Mail Rail is situated at Phoenix Place (below the Mount Pleasant sorting office), which was in the middle of the original Mail Rail network, that ran from Paddington to Whitechapel, and consists of two specially built trains that at full capacity can carry 30 passengers each and up to 600 passengers a day. They travel on a 1km loop of the old railway through its stalactite-filled tunnels.

The interactive train ride lasts approximately 20 minutes stopping at the original and largely unchanged station platforms where an audio visual display will give an insight into how the railway kept post coursing through London for 22 hours a day.

After the ride, visitors will be free to wander through the cavernous engineering depot, turned exhibition space. Stepping into a replica of a real-life Travelling Post Office with objects such as the remains of a Victorian pneumatic rail car – an 1860s predecessor to Mail Rail – on display alongside some of the original rolling stock from the railway. 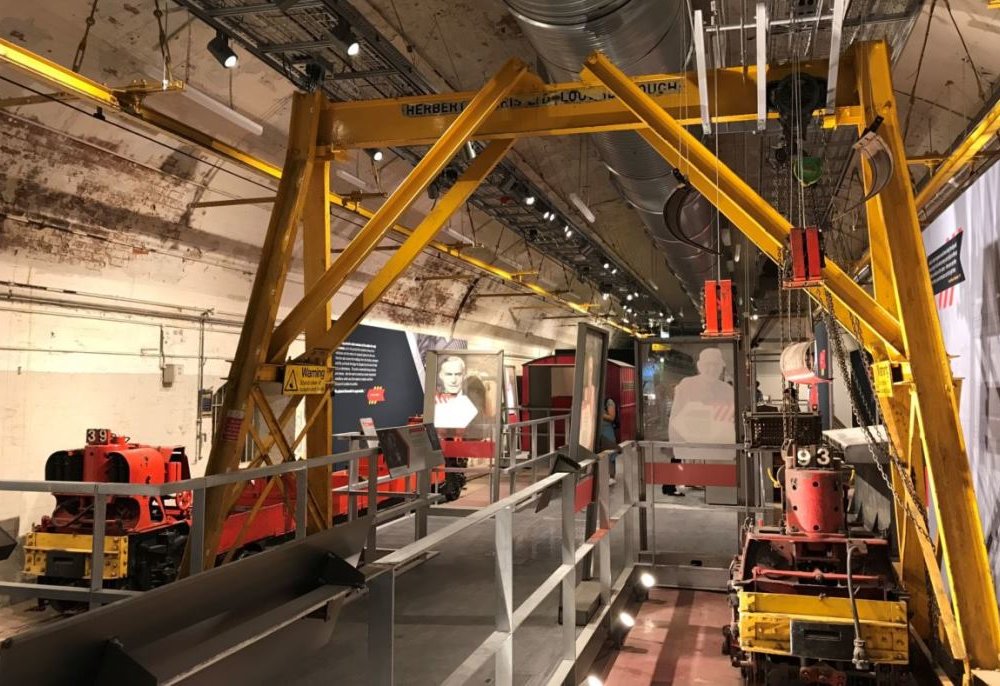 “Here we are looking at 180,000 – so it’s a big change. And we want to grow our audience, broaden our audience and change what they think of Britain’s postal heritage.”

Tickets are now on sale for the Postal Museum and Mail Rail and can be booked online.