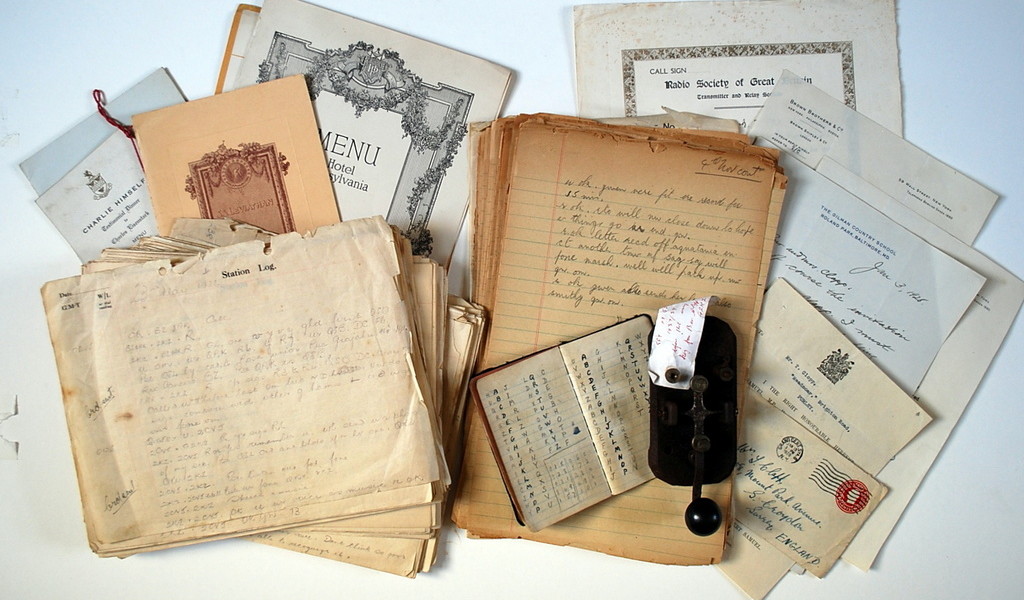 A treasure trove of materials relating to John Logie Baird’s first-ever transmission of trans-Atlantic television pictures is at risk of being exported unless a UK buyer can be found to match the £78,750 asking price.

In order to provide a last chance to keep the archive in the UK, Culture Minister Ed Vaizey has placed a temporary export bar on the items in the hope a UK buyer can be found in the time permitted.

Culture Minister Ed Vaizey said: “Britain led the world in the development of television technology in the 1920’s, all due to the pioneering work of John Logie Baird and his colleagues. It belongs in Britain where it would be of huge importance for the study of the history of television, and I hope a UK buyer will come forward to save it for the nation.”

Between November 1926 and April 1927 – John Logie Baird and his assistant, Benjamin Clapp developed the idea of rigging up a receiving station and television receiver in America and transmitting pictures over telephone lines from Baird’s laboratories in London, to Clapp’s house in Surrey and from there (where there was a powerful transmitter station), by wireless to the East Coast of the United States of America.

The archive is comprised of: Benjamin Clapp’s radio log books for the USA receiving station and his amateur radio station (GK2Z) used in the transmission, related paper ephemera, and a gramophone “Phonovision” disc (SWT515-4), containing an early video recording made on 20th September 1927. It is the only known Phonovision disc which depicts images of ‘Stookie Bill’, one of Baird’s famous ventriloquist dummies, and is the earliest Phonovision disc in existence, and thus the world’s earliest surviving video recording.

Culture Minister Ed Vaizey took the decision to defer granting an export licence for the items following a recommendation by the Reviewing Committee on the Export of Works of Art and Objects of Cultural Interest (RCEWA), administered by Arts Council England. The RCEWA made their recommendation on the grounds that the items are closely connected with our history and national life and that they are of outstanding significance for the study of the history of national and international television and for our wider understanding of twentieth century communications.

RCEWA Member Christopher Rowell said: “The Columbia disc and the notes connected with this world first of a transantlantic video recording represents British ingenuity and invention at the highest level. The notes contain the first ever use of the acronym ‘TV’ for television. The excitement of the achievement rests in these objects, which we hope will remain in this country as a permanent testament to Logie Baird and his team. Their departure abroad would also be a serious loss to scholarship.”

The decision on the export licence application for the phonovision disc and ephemera will be deferred for a period ending on 28 September 2015 inclusive. This period may be extended until 28 December 2015 inclusive if a serious intention to raise funds to purchase the items is made at the recommended price of £78,750.

The Reviewing Committee on the Export of Works of Art and Objects of Cultural Interest is an independent body, serviced by Arts Council England, which advises the Secretary of State for Culture, Media and Sport on whether a cultural object, intended for export, is of national importance under specified criteria.