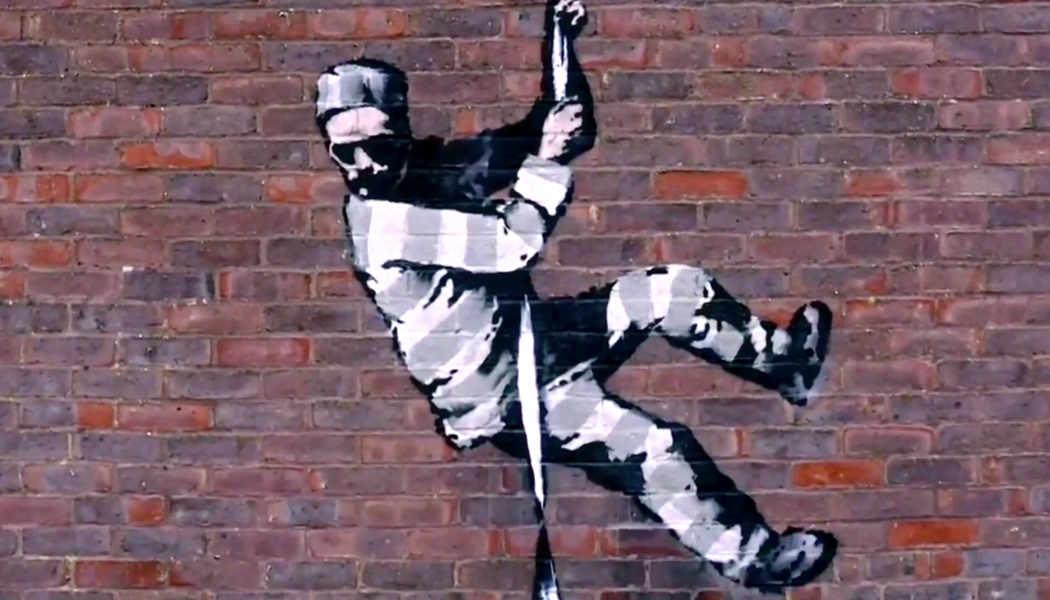 A stencil by the artist, used to paint the building in March, is expected to fetch millions of pounds in support of the former prison’s redevelopment

A stencil used by artist Bansky to paint the side of a former jail – described as an ‘LGBT cultural heritage site’ –  is to go up for sale, with proceeds supporting the building’s transformation into an arts centre.

The stencil was used by the anonymous artist in March to create a piece which depicts a prisoner escaping on a rope of sheets tied to a typewriter.

The stencil is currently on show at Bristol Museum and Art Gallery as part of the Grayson’s Art Club exhibition, where it is credited as coming ‘from the collection of Reading Council’. 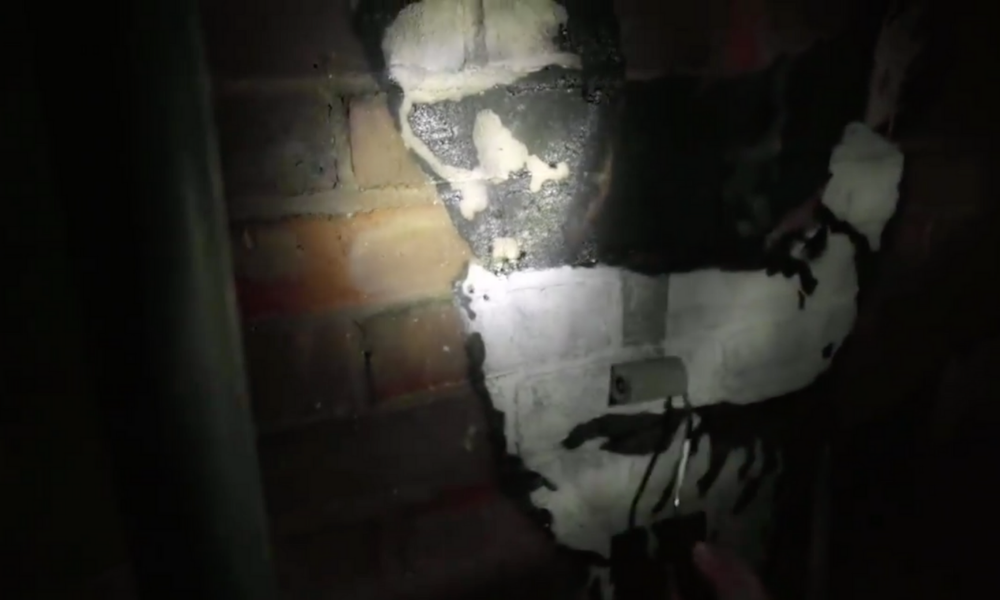 A still from the Banksy video

It is understood that the artist pledged the stencil to the people of Reading on the understanding that all the proceeds from its sale are used to secure the purchase of the building, popularly known as ‘Reading Gaol’, and convert it into an arts centre.

Campaigners ‘Save Reading Gaol’, made the announcement. It said that the stencil could potentially be worth millions of pounds, with some estimates exceeding £10m.

The campaigners said the stencil will “hopefully be enough” to convince the Ministry of Justice to accept Reading Council’s transformation bid, which is in competition with plans for new housing.

A spokesperson for Banksy said that the Culture Secretary had been made aware of the pledge of funds, but that no response has yet been received. 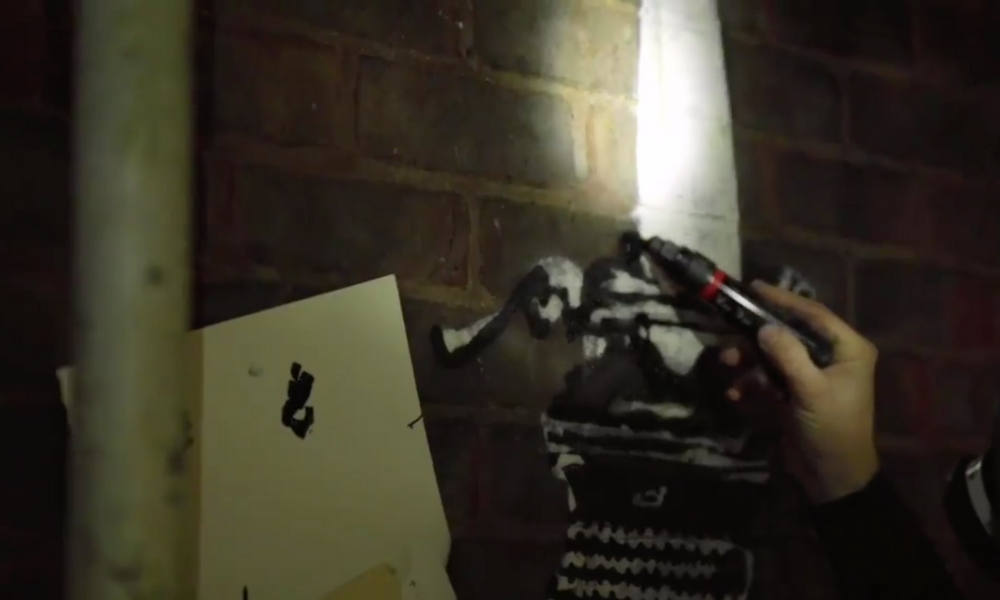 The jail, which has been derelict since 2013, once held Oscar Wilde on charges of ‘gross indecency’. After his release, Wilde wrote about the building in a poem titled ‘The Ballad of Reading Gaol’.

In 2019, as bids to transform the building began, Cllr Karen Rowland, Reading’s Lead Councillor for Recreation, cited its links with Wilde’s incarceration when describing the building as an “LGBT heritage site”.

Banksy told the Sunday Times: “I promised myself I’d paint the wall even before I knew what it was. I’m passionate about it now, though. Oscar Wilde is the patron saint of smashing two contrasting ideas together to create magic. Converting the place that destroyed him into a refuge for art feels so perfect, we have to do it.”